Smith was born, probably into slavery, in Charlotte County, in September 1846 and was the son of William Henry Smith, a free man of mixed-race descent, and Francina Smith, who would have been enslaved at the time of his birth. His middle initial may have stood for Norman, as his namesake son included that middle name in his World War II (1939–1945) draft registration card. Smith’s father was a prosperous farmer, landowner, and small businessman, as well as a barkeeper. 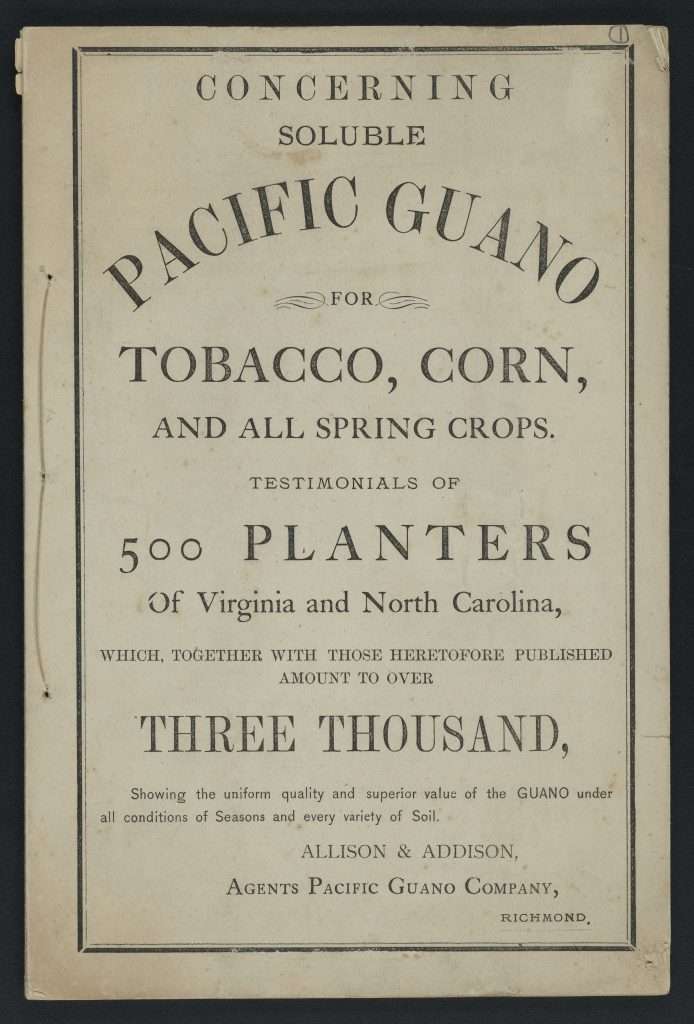 Few records describe Smith’s childhood or education, but he probably worked as a house servant and, unlike his parents, learned to read and write. On November 12, 1874, for $1,326.81 he purchased from his parents what was known as the old freight house, where his father then lived, about a mile and a half east of Smithville (renamed Charlotte Court House in 1901). Smith may have engaged in business with his father, but he also became a farmer, part of the time in partnership with his father, and for most of his adult life owned land. By 1885 he owned a 194-acre farm. Together he and his father, or he alone, purchased fertilizer and other supplies from business firms in Richmond and Baltimore, occasionally borrowing money against his crops and livestock to pay the bills. At some stage, probably because of his political connections, Smith worked for the United States Post Office.

African American men who lived in Smithville met in what a county newspaper identified as Dabney Smith’s store in May 1878 to nominate candidates for mayor and other local officers. By then or not long thereafter Smith had become interested in politics. He attended the March 1881 convention of African American Republicans in Petersburg when they agreed to join with the biracial Readjuster Party, which proposed to adjust, or readjust, the amount of interest and principal to be paid on the antebellum state debt in order to be able to increase appropriations for the new public school system. The convention promised that African Americans would be enabled “to speak and to act for themselves as . . . freeman may do” and asserted their willingness to “take charge of and direct their own destiny.” Readjusters had won majorities in both houses of the General Assembly in 1879 and after the Republicans joined them retained their majorities in 1881 and also elected a governor, lieutenant governor, and attorney general. Smith won the Republican Party nomination for the county’s seat in the House of Delegates in September 1881 and received the endorsement of the county’s white Readjusters. In November he defeated a white Democrat by a comfortable margin of 989 to 711.

Smith served in low-ranking positions on the Committees on Asylums and Prisons, on Executive Expenditures, and on the Chesapeake and Its Tributaries. The 1881–1882 session of the General Assembly was one of the most-important reform assemblies of the century. The Readjuster majorities refinanced the debt, restored money to the public schools, and created Virginia Normal and Collegiate Institute (later Virginia State University), the state’s first public college for African Americans. They reduced taxes on farmers and increased taxes on railroads and other businesses and converted a treasury deficit into a surplus. The General Assembly abolished the whipping post for punishment of African Americans, a painful and humiliating penalty  left over from slavery times. It also submitted to the voters a constitutional amendment to abolish the poll tax as a prerequisite for voting.

Smith unsuccessfully introduced motions to abolish petty larceny conviction as a disqualification from voting and another from Norfolk County residents for a local option liquor law. Reflecting local allegiances, he opposed a bill to repeal the incorporation of the town of Smithville. He may have found himself in an awkward position when he voted for unanimous approval of relief for Confederate veterans who had lost limbs or had been disabled by wounds during the American Civil War  (1861–1865).

In November 1883, Smith ran for reelection, but Democrats won control of the General Assembly, and he lost by a vote of 1,555 to 1,089 to county treasurer John H. Overby. Smith remained active in local politics, and on March 26, 1887, addressed African American voters in Charlotte County prior to an election. Speakers stressed the need for supporting candidates based on ability rather than partisanship. He may have agreed with a contemporary account of the meeting that the group declared, “We don’t want war in time of peace. . . . Good thinking intelligent colored Republicans can not afford to stir up political strife.” Charlotte County had a majority African American population, but white men controlled local politics there and the Charlotte Gazette routinely detailed whippings and lynchings of African Americans and announced the presence of the Ku Klux Klan.

Smith had to borrow money in March 1880 to pay several debts that totaled $141. On the credit of two horses, a quantity of oats, corn, hay, and tobacco, 300 pounds of bacon, and crops then growing on his farm as well as debts receivable, he evidently paid the debts. A decade later, however, he was sued for nonpayment of his portion of a court-ordered settlement in the amount of $250. The local chancery court ascertained that Smith’s income from his property was insufficient to cover the debt and that part of his property would have to be sold to pay the debt. At the September 1890 term of court, the chancellor recorded that Smith had reached a compromise for settlement of the debt and dismissed the suit. 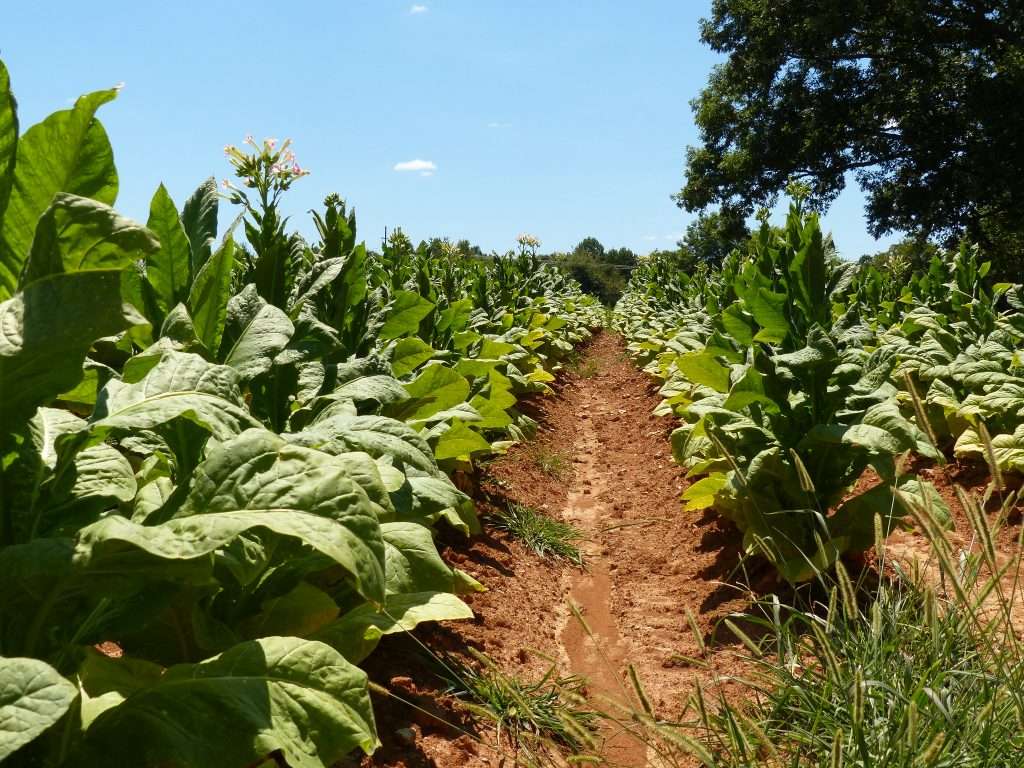 Smith married Bettie Jordan on February 25, 1885, at the local Methodist Episcopal church, and the reception following was held at his father’s home. She was a widow with two sons. They had four daughters, two of whom became teachers, and one son, and possibly another child who did not live to adulthood. On the death of Smith’s father in March 1892, he and two of his brothers inherited their father’s property in Smithville, which helped restore his solvency. Smith resided on his farm for the remainder of his life. Early in the 1910s he disposed of about 50 acres of his 194-acre farm, perhaps to his son and stepsons who all built their own houses on his land. In 1920 his property was worth approximately $1,000. Smith died at his home in Charlotte County on August 27, 1920, from complications of an enlarged prostate and cystitis and was buried on his farm.

Dabney N. Smith is born probably into slavery in Charlotte County, the son of William Henry Smith, a free man of mixed-race descent, and Francina Smith, who would have been enslaved at the time of his birth.

Dabney N. Smith purchases the old freight house from his father for $1,326.81.

Dabney N. Smith attends the convention of African American Republicans in Petersburg when they agreed to join with the biracial Readjuster Party.

Dabney N. Smith defeats a white Democrat by a margin of 989 to 711 to win a seat in the House of Delegates.

Dabney N. Smith serves on the Committees on Asylums and Prisons, on Executive Expenditures, and on the Chesapeake and Its Tributaries. He unsuccessfully introduces a motion to abolish petty larceny conviction as a disqualification from voting.

Dabney N. Smith marries Bettie Jordan, a widow with two sons. They will have four daughters and one son and possibly another child who did not live to adulthood.

Dabney N. Smith reaches a compromise for settlement of his debt and the nonpayment suit is dismissed.

Upon their father’s death, Dabney N. Smith and his two of his brothers inherit his property in Smithville.

Dabney N. Smith disposes of about 50 acres of his 194-acre farm, perhaps to his son and stepsons who all built their own houses on his land.

Dabney N. Smith dies at his home in Charlotte County from complications of an enlarged prostate and cystitis and is buried on his farm.