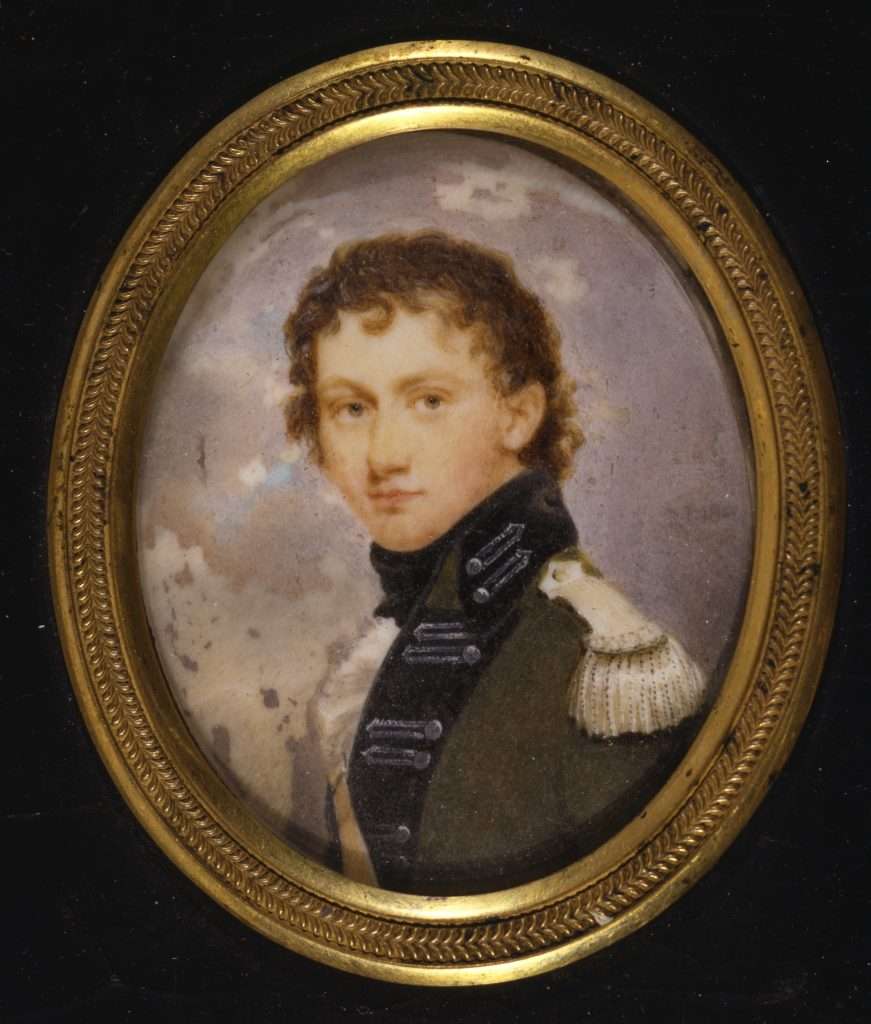 Custis was born on April 22, 1788, probably at Chatham, the Stafford County estate of her parents, Ann Randolph Fitzhugh and William Fitzhugh, a member of the Convention of 1776 and of the Continental Congress. In the 1790s her father advertised Chatham for sale and moved the family to northern Virginia, where he owned Ravensworth, a Fairfax County plantation, and also a house in Alexandria. On July 7, 1804, in the city of Alexandria, Fitzhugh married George Washington Parke Custis, an orator and writer devoted to preserving the legacy of George Washington. They lived nearby at Arlington, an 1,100-acre plantation in Alexandria County, an area the Commonwealth of Virginia had ceded to the federal government to become part of the District of Columbia and which Congress retroceded after a referendum in 1846. She and her husband had four daughters, of whom one was stillborn and two died in infancy; the surviving child, Mary Anna Randolph Custis, married Robert E. Lee. Custis’s husband also had a daughter, Maria Carter (later Syphax), with one of the Custis family slaves. 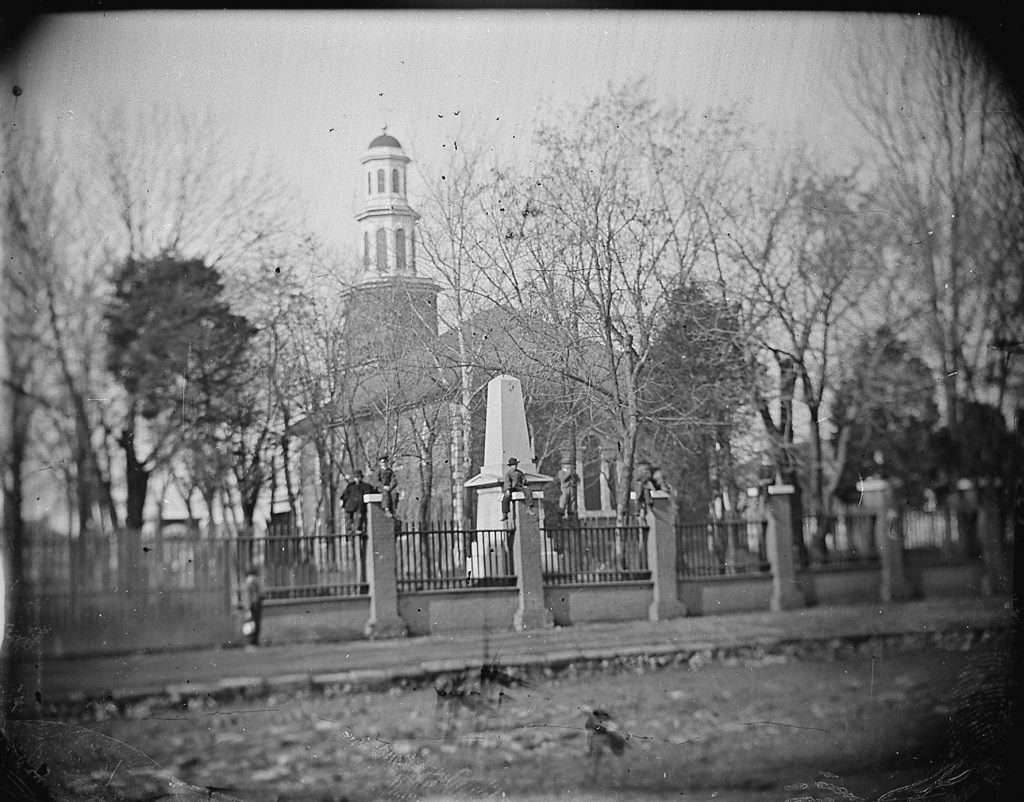 Molly Custis inherited £2,000 and several slaves when her father died in 1809. She considered her religious faith “the one thing needful” and devoted her life to causes affiliated with the Episcopal Church. She was a member of Christ Church, in Alexandria, which had organized a Sunday school by May 1820 and by the end of the decade had established both a missionary association and a benevolent society. In 1824 women belonging to several churches in Alexandria and Georgetown joined together in founding a ladies’ auxiliary to the Society for the Education of Pious Young Men for the Ministry of the Protestant Episcopal Church, an organization Custis supported with annual gifts of $10 for much of the decade. The society provided funds for students as well as salaries for professors at the Protestant Episcopal Theological Seminary in Virginia (known as the Virginia Theological Seminary). Custis also raised money for the American Society for Colonizing the Free People of Color of the United States (popularly known as the American Colonization Society) by selling flowers grown in her gardens at Arlington.

Custis was a member of a family network in northern Virginia that revived Virginia’s Episcopal Church early in the nineteenth century. She was a spiritual influence on the children of her cousin Mary Fitzhugh Grymes Meade, among them Ann Randolph Meade Page, Susan Meade, and William Meade, who served as the bishop of Virginia from 1841 until his death in 1862. During the 1820s and 1830s these evangelical Episcopalians promoted Sunday schools for both white and black children, missionary work, and the gradual emancipation of slaves and colonization. Custis was a strong influence on her younger brother, William Henry Fitzhugh, a member of the Convention of 1829–1830. In September 1829 they jointly sold a male slave to a local apothecary for $1 so that the purchaser could free him. Custis’s brother was a vice president for Virginia of the American Colonization Society and in his will provided unconditionally for emancipating his slaves after 1850 and offering them incentives to immigrate to Liberia. 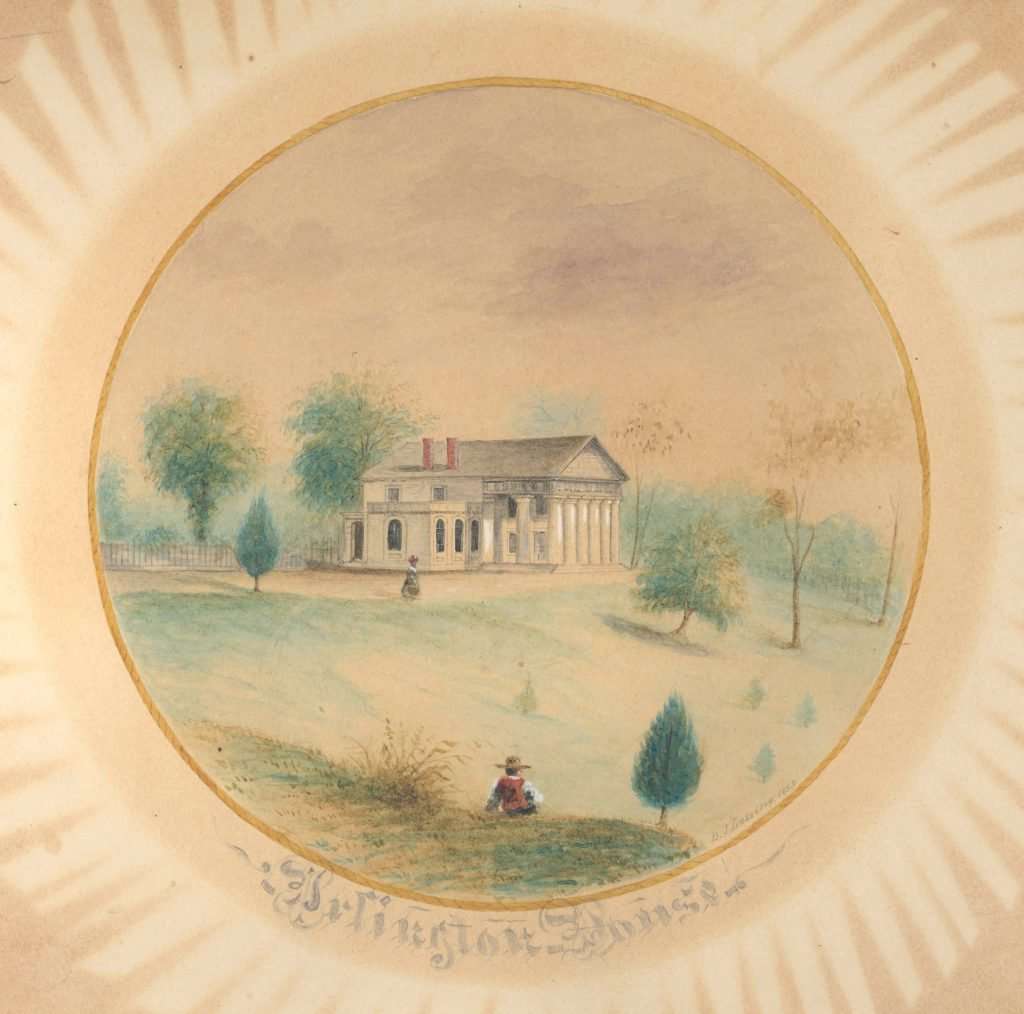 Although Custis and her husband supported colonization, only Custis and her daughter took an active role in educating slaves. Because Bible literacy was central to spiritual improvement, the slaves at Arlington learned to read and write under the women’s tutelage. Custis held family prayers twice daily and taught a Sunday school for black children in the sewing room in her home. Many of the Arlington slaves had joined the Baptist Church by the 1850s.

Custis did not write a will, but she left a sealed letter to her daughter directing the distribution of her prized possessions, including clothing to certain favored female slaves. Her daughter also recorded that Molly Custis’s greatest desire was that all the family’s slaves would be manumitted and enabled to immigrate to Africa. One family, William C. Burke, Rosebella Burke, and their four children, departed for Liberia on November 9, 1853. The will of Custis’s husband, who died in October 1857, specified that all his slaves be freed once the legacies from his estate were paid but no later than five years after his death. Custis died at Arlington on April 23, 1853, and was buried near the mansion. Three weeks later the minister at Christ Church published an unusually long obituary in the local newspaper. In addition to conventional comments on Custis’s character and devotion to her family and the church, he wrote, “In the death of Mrs. Custis, the community has sustained no ordinary loss … Her life was one of great practical usefulness, for she was deeply interested ‘in every good work.'”

RELATED CONTENT
Categories:
Type:
MAP
TIMELINE
April 22, 1788
Mary Lee Fitzhugh Custis is born, probably at Chatham, Stafford County.
July 7, 1804
George Washington Parke Custis and Mary Lee Fitzhugh, of Chatham, marry in Alexandria.
1809
Mary Lee Fitzhugh Custis inherits ¬£2,000 and several slaves after the death of her father.
May 1820
By this date Christ Church, in Alexandria, has organized a Sunday school.
1824
Women belonging to several churches in Alexandria and Georgetown found a ladies' auxiliary to the Society for the Education of Pious Young Men for the Ministry of the Protestant Episcopal Church.
September 1829
Siblings Mary Lee Fitzhugh Custis and William Fitzhugh jointly sell a male slave to a local apothecary for $1 so that the purchaser can free him.
April 23, 1853
Mary Lee Fitzhugh Custis dies at Arlington and is buried near the mansion.
November 9, 1853
William C. Burke, Rosebella Burke, and their four children—all former slaves at Arlington—depart for Liberia.
October 10, 1857
George Washington Parke Custis dies of influenza at his Arlington estate and is buried there.
FURTHER READING
CITE THIS ENTRY