Culp was born in the Adams County town of Gettysburg in 1839. A relative of his, Henry Culp, owned Culp’s Hill and the adjacent land, which the family had farmed since 1787. An apprentice carriage maker, Wesley Culp followed his employer forty-two miles south to Shepherdstown, Virginia, in 1858, and there joined the local militia, the Hamtramck Guards. In 1861, he followed his fellow guardsmen, and not his family, by joining the Confederate army. (Wesley’s brother, William, joined the 87th Pennsylvania Infantry Regiment.) One of his officers, Henry Kyd Douglas, described Culp as “twenty-four years old and very little, if any, over five feet, and when captain of the company I procured a special gun for him.” He fought with that gun at Gettysburg and died with it on July 2, 1863. 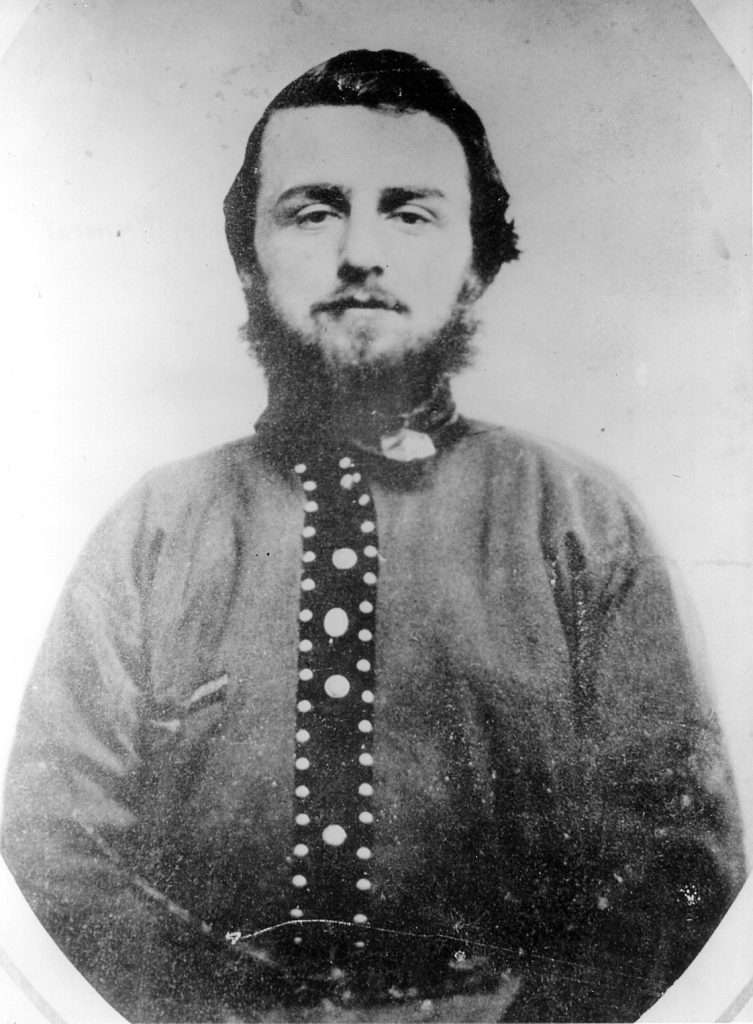 Various legends surround Culp—for instance, that Henry Culp was his father or perhaps his uncle. The historian Thomas A. Desjardin has argued that Henry Culp was, in fact, “a distant cousin he may scarcely have known.” This would make it less likely that young Wesley spent his summers playing on the fields where he was killed, as is often claimed. Another story has Culp visiting the Gettysburg home of his sister, Julia, the night of July 1, when she begged him to desert. Still another suggests that when he died, Culp was carrying a message addressed to Mary Virginia Wade of Gettysburg. It had been given to him by Wade’s fiancée, Johnston H. Skelly of the 87th Pennsylvania—another Gettysburg native and a friend of his brother’s. Culp had met Skelly after being captured and paroled at the Second Battle of Winchester (1863), where Skelly had been wounded (he later died). Wade, meanwhile, was the only civilian to have been killed at the Battle of Gettysburg. (She was hit by a stray bullet while, supposedly, baking bread.) As with many such stories, however, it is unclear whether these are true.

What is clear, however, is that the people of Gettysburg were not happy to see Culp join the Confederacy. In the June 3, 1862, edition of the Adams Sentinel, just after the First Battle of Winchester, Culp’s hometown paper reported first about his former employer: “We learn that C. W. HOFFMAN, (coach-maker), formerly of this place, has been in the Rebel army for some time, with his three sons.” The paper goes on to mention, without hiding its delight, that Hoffman had been captured.

Just below this item appeared news of Culp: “It is also said that another of our young townsmen, WESLEY CULP, was taken prisoner at the battle of Winchester—took the oath of allegiance to the U. States—was released—then joined a band of guerillas, and has been captured again. He is good and ripe for summary process, or at least ought to be.”