The CSS Virginia was constructed from the burned hulk and salvaged machinery of the USS Merrimack, a ship imperfectly scuttled by retreating Union forces and subsequently salvaged at Norfolk’s Gosport Naval Yard in April 1861. A steam-powered frigate constructed in Massachusetts in June 1855, the Merrimack had once carried forty guns and had seen service in the West Indies and Pacific before being sent to Norfolk for repairs and refitting early in 1860. 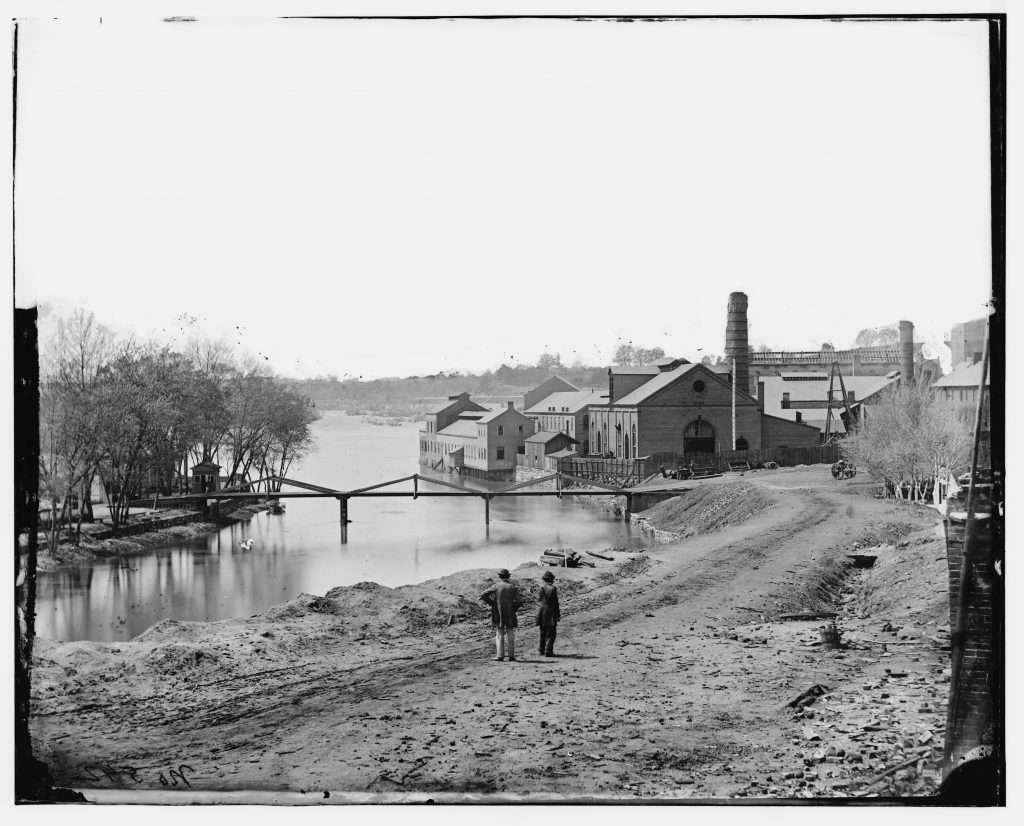 Soon after the Merrimack was raised, the Confederate secretary of the navy, Stephen R. Mallory, issued what at that point in naval history was a remarkable order: that it be converted into an ironclad ship. The Union navy was debating the idea of ironclads, but perhaps because it was more tradition-bound than its Confederate counterpart, it had not acted. The Confederacy, however, moved quickly, modifying the operations of the Tredegar ironworks in Richmond enough to enable it to produce the two-inch-thick iron plates necessary to meet the specifications outlined by designer Lieutenant John M. Brooke. Iron covered, the ship measured 275 feet long 38.5 feet across its beam, and 27.5 feet deep. It was angled such that cannon shot would harmlessly bounce off its sides. Outfitted with ten guns and resembling a floating barn roof, the ship was rechristened the CSS Virginia and released from dry dock into the Elizabeth River on February 17, 1862. 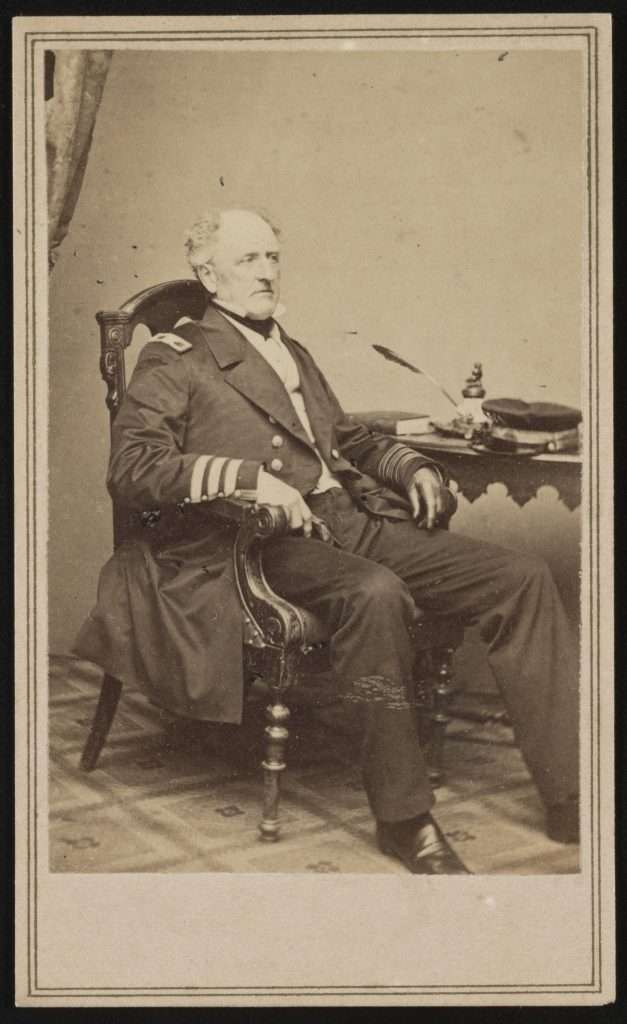 On March 8 of that year, the ship steamed out to Hampton Roads under the command of Captain Franklin Buchanan to take on the wooden warships of the Union’s North Atlantic Blockading Squadron anchored near Fort Monroe. The first ship to tangle with the Virginia, the sloop USS Cumberland, was quickly rammed and sunk, although in the process the Virginia‘s ram was snapped off. Meanwhile, the rest of the Confederate James River Squadron had come out to join the fight, and Lieutenant Joseph B. Smith, commander of the frigate USS Congress, moved his ship into shallow water and grounded it, lest he, too, be sunk. He exchanged fire with Buchanan’s ironclad for about an hour before he finally surrendered.

The Virginia suffered a battering in the course of its engagements with the Cumberland and the Congress, and when it received fire from Union shore batteries, Buchanan fired hot shot on the surrendered Congress in a retaliatory attempt to set the ship on fire. While directing the firing of the Congress, though, Buchanan suffered a leg wound that forced him to turn command over to Lieutenant Catesby ap Roger Jones, a Virginian who had served on the Merrimack before the war. (The “ap” in Jones’s name is Welsh and means “son of.”) Jones turned his ship toward the frigate USS Minnesota, which had already run aground in the course of maneuvering against the rest of the James River Squadron. Due to the lateness of the day, however, he decided to break off the fight shortly after making contact with the Minnesota. The Confederates fully expected to resume their rampage against the Union fleet the following morning.

U.S.S. Monitor on the James River

But when Jones brought the Virginia back out on March 9, he found the Union navy now had its own, strange-looking ironclad ship, the USS Monitor (famously described as resembling “a cheese box on a raft”), and that it blocked the Virginia‘s approach to the Minnesota. Shortly before eight o’clock in the morning, the two ironclads began a historic fight that would last about four hours and end with neither side achieving a decisive advantage, even though a fortuitously aimed shot from the Virginia managed to strike the Union ship’s pilot house and wound its commander, Lieutenant John L. Worden. Although a tactical draw, the battle ensured that the Union anchorage at Hampton Roads was secure. The Virginia would sortie out from Norfolk on April 11 and May 8, but on neither occasion did it become seriously engaged with Union warships. Finally, a little more than two months after the Battle of Hampton Roads, the Confederates were compelled by the Union army’s capture of Yorktown to evacuate Norfolk. They destroyed the Virginia on May 11, 1862, to ensure it would not fall into Union hands.

RELATED CONTENT
Categories:
Related SOLs:
MAP
TIMELINE
April 1861
During the American Civil War, the USS Merrimack, a steam-powered frigate carrying forty guns, is salvaged after Union naval commanders attempted to scuttle it months earlier at Norfolk's Gosport Naval Yard. It would later be used to construct the CSS Virginia.
February 17, 1862
The USS Merrimack, having been converted into an ironclad ship, is rechristened the CSS Virginia and released from dry dock into the Elizabeth River.
March 8, 1862
At the Battle of Hampton Roads, the ironclad CSS Virginia experiences combat for the first time at the mouth of the James River at Hampton Roads, where it meets several wooden warships of the Union's North Atlantic Blockading Squadron, sinking one and damaging several others.
March 9, 1862
The CSS Virginia engages with the Union's ironclad, the USS Monitor, at the mouth of the James River. The battle lasts for more than four hours. While neither ship gains a decisive advantage, it is a strategic victory for the Union because the Virginia is unable to destroy any more of the Union's wooden fleet.
April 11, 1862
Almost a month after its battle with the Union warship USS Monitor, the CSS Virginia pulls out of Norfolk to engage the Union navy, but is no longer effective.
May 8, 1862
The CSS Virginia pulls out of Norfolk for the third time in its short life, and again it sees little engagement.
May 11, 1862
Confederates destroy the CSS Virginia after the fall of Yorktown because it draws too much water to navigate up the James River and in order to ensure that it would not fall into Union hands.
FURTHER READING
CITE THIS ENTRY