Cox was born in December 1832 in Powhatan County, whether free or enslaved is not certain. The maiden name and surname of his mother, an African American woman named Louisa, are not known, nor is the name of his father. It is likely that Cox was closely related to Joseph Cox, a Powhatan County native a few years younger than he who served in the Convention of 1867–1868. Details about Cox’s life are scarce, and researchers have occasionally confused him with Henry Coy, a freeborn black carpenter in the county who was approximately six years older. When Cox married Rachel E. Harris on November 23, 1867, he identified himself as a thirty-five-year-old widower and shoemaker. They had two daughters, and the 1870 census (which listed him as a farmer able to read and write) indicates that in that year he also had a sixteen-year-old son. In 1871 Cox purchased a thirty-seven-acre farm worth $666.

Described later as a plain man well-liked by his fellow citizens, Cox became interested in politics during Reconstruction and beginning in 1870 served concurrent two-year terms as a Powhatan County justice of the peace and constable. In July 1869, in the first election in which African Americans voted for members of the General Assembly, he won one of three seats representing Chesterfield and Powhatan counties in the House of Delegates. A conservative newspaper characterized all three delegates, two of whom were African Americans, as “Ultra Radicals.” Following a redistricting of the assembly, Cox won reelection to two-year terms in 1871, 1873, and 1875 as the sole delegate from Powhatan County. He did not seek a fifth term in 1877.

In his first term Cox was appointed to the lowest-ranking seat on the Committee on Labor and the Poor and was also the lowest-ranking member of the Committee on Militia and Police. He retained his assignment on the latter during his second and third terms, and during his third and fourth he also held a low-ranking seat on the Committee on Officers and Offices at the Capitol. None of the appointments was to an influential committee, and there is no evidence that Cox introduced any significant bills during his eight years in the House of Delegates. The assembly’s records and newspaper accounts of its sessions do not indicate whether he spoke during debates. Characterizing his service is difficult because he was sometimes absent or did not vote when present, but at election times newspaper reports usually identified him as a Republican or a Radical. 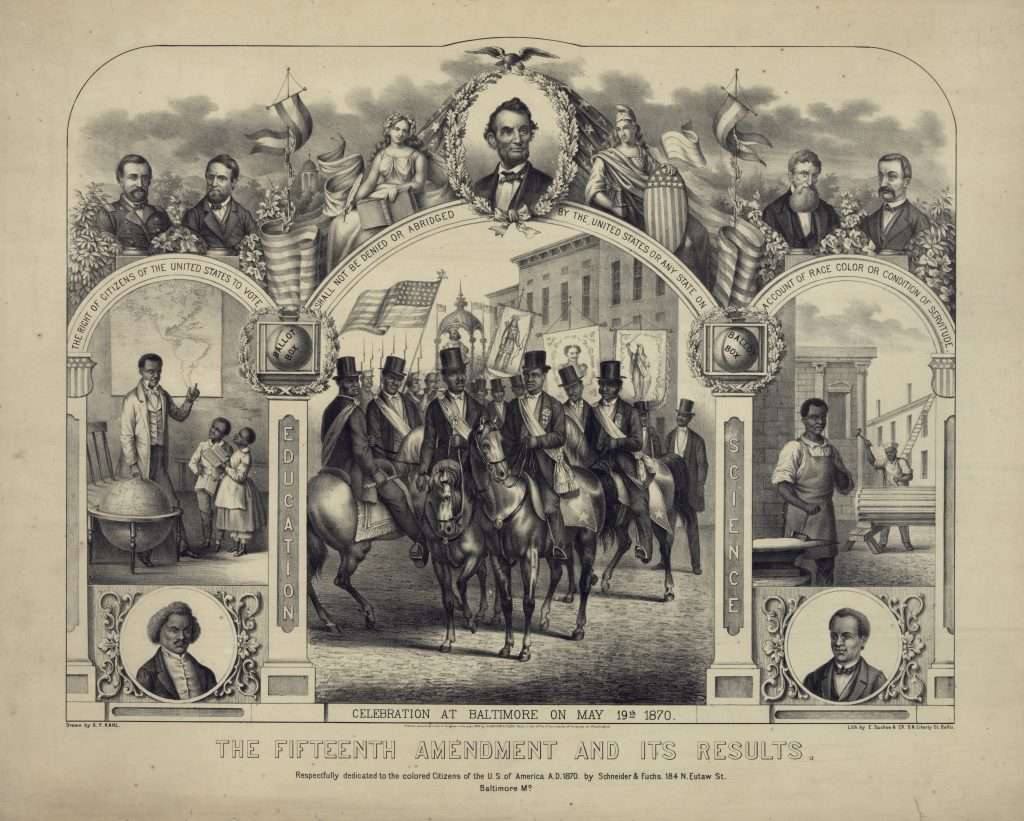 The Fifteenth Amendment And Its Results.

In April 1870 Cox attended a Richmond convention of African American workingmen that adopted resolutions calling for organizing laborers, accused the state’s Democrats of attempting to reduce the number of Republican voters, and advised “colored men to be honest, sober, and industrious.” Later that month Cox also attended the state convention of the Republican Party, which called for enforcement of the Fourteenth and Fifteenth amendments to the Constitution, advocated public education at public expense, and endorsed the new state constitution. On January 10, 1872, he and several other African American members of the assembly joined legislators from other states in Washington, D.C., to discuss federal civil rights legislation with the president. Two days later Cox was back at work in Richmond, where he voted with the majority of House members in favor of reducing the per diem and mileage allowance for members of the General Assembly. He was a member of the Resolutions Committee at an 1875 state convention of approximately one hundred African American delegates who met in Richmond to address a lack of jobs and who organized a short-lived Laboring Men’s Mechanics’ Union Association.

Cox and his wife moved to Washington, D.C., about 1881. Seven years later his property in Powhatan County was sold, possibly for nonpayment of taxes. Cox last appears in public records in 1910, when the Washington city directory listed him as a shoemaker residing at 202 Massachusetts Avenue, N.W., where he had lived for a decade or more. His name does not appear in the census taken in April of that year. The date, place, and circumstances of Henry Cox’s death are not known, nor is his place of burial.

RELATED CONTENT
Categories:
Type:
MAP
TIMELINE
December 1832
Henry Cox is born in Powhatan County. The maiden name and surname of his mother, an African American woman named Louisa, are not known, nor is the name of his father.
November 23, 1867
Henry Cox, who at this time identifies himself as a thirty-five-year-old widower and shoemaker, marries Rachel E. Harris. The couple will have two daughters.
July 6, 1869
In the first election in which African Americans vote for members of the General Assembly, Henry Cox wins one of three seats representing Chesterfield and Powhatan counties in the House of Delegates.
1870
The census indicates that Henry Cox—listed as a farmer able to read and write—has a sixteen-year-old son in addition to his offspring with Rachel E. Harris.
1870
Beginning in this year, Henry Cox serves concurrent two-year terms as a Powhatan County justice of the peace and constable.
April 1870
Henry Cox attends a Richmond convention of African American workingmen that adopts resolutions calling for organizing laborers, accuses the state's Democrats of attempting to reduce the number of Republican voters, and advises "colored men to be honest, sober, and industrious."
1871
Henry Cox purchases a thirty-seven-acre farm worth $666.
1871—1877
Henry Cox wins reelection three times as the sole delegate from Powhatan County to the House of Delegates.
January 10, 1872
Henry Cox and several other African American members of the assembly join legislators from other states in Washington, D.C., to discuss federal civil rights legislation with President Ulysses S. Grant.
1875
Henry Cox is a member of the Resolutions Committee at a state convention of approximately 100 African American delegates. The attendees meet in Richmond to address the lack of jobs and organize a short-lived Laboring Men's Mechanics' Union Association.
1881
About this time, Henry Cox and his wife Rachel E. Harris Cox move to Washington, D.C.
1910
The Washington city directory lists Henry Cox as a shoemaker residing at 202 Massachusetts Avenue, N.W., where he has lived for a decade or more. It is Cox's last appearance in the public record.
FURTHER READING
CITE THIS ENTRY