Cooke was born in Portsmouth on May 13, 1838, and was the son of John Kearns Cooke, a prosperous lumber merchant and sometime postmaster of the city, and Fannie Bracken New Cooke. Educated in schools in Portsmouth, Norfolk, and King and Queen County, he entered the Virginia Military Institute in 1855. Cooke was court-martialed on June 18, 1857, for striking a fellow cadet and threatening him with a pistol. He was acquitted but two weeks later was dismissed for intoxication. Cooke was reinstated and disciplined again the following year for being absent overnight from the barracks. He graduated on July 4, 1859, ranked twenty-second in a class of twenty-nine.

Cooke wanted to study law, but rather than accept an uncle’s offer to join his practice in Saint Louis, Missouri, he moved to Petersburg and taught school while reading law with Roger Atkinson Pryor, a member of the House of Representatives and one of Virginia’s most ardent secessionists. During the winter of 1860–1861 Cooke also advocated secession, and on the day that Virginia seceded from the Union, he enlisted in the state forces at Norfolk and participated in the capture of the Norfolk Navy Yard. On April 21, 1861, he joined the staff of Brigadier General Philip St. George Cocke, who commanded the Virginia forces in Alexandria. Cooke survived a spell of camp fever in July and was promoted to captain and assistant adjutant general on October 29, 1861. After Cocke’s suicide, Cooke transferred the following January to the staff of General Pierre Gustave Toutant Beauregard and on April 1, 1862, became assistant adjutant general to Major General Braxton Bragg and the Army of the Mississippi, during which service he fought at the Battle of Shiloh.

On August 20, 1862, Cooke transferred to the headquarters of Major General Samuel Jones in the Department of Western Virginia and on December 10 became assistant adjutant and inspector general on Jones’s staff. He was promoted to major on April 30, 1863, to date from December 19 of the previous year. On February 12, 1864, Cooke was assigned to Brigadier General William Montgomery Gardner, commander of the District of Florida. On the following April 2, Cooke became assistant adjutant and inspector general under Beauregard, briefly in the Department of South Carolina, Georgia, and Florida and then beginning on April 23 in the Department of North Carolina and Southern Virginia. In the latter capacity, Cooke returned to Virginia and participated in the fighting around Richmond that summer. He was appointed assistant adjutant and inspector general of the Army of Northern Virginia on October 8, 1864, and served on the staff of Robert E. Lee for the rest of the war. In his diary, which Cooke began when he entered the army, he described the siege of Petersburg, including the Battle of the Crater (1864) and the collapse of the Confederate defenses in March and April 1865. His writing is especially vivid in describing the final days of the Petersburg campaign and the retreat to Appomattox Court House. During the retreat, Cooke was wounded just below his right knee by an exploding shell at Sailor’s Creek. He was paroled on April 9, 1865.

In the early years of the Civil War, Cooke vowed that if he survived he would spend the remainder of his life in God’s service. His diary records his baptism on July 7, 1861, in Centreville and reflects his increased concern with spiritual matters. After the war, he returned to Petersburg, in partnership with Thomas Hume opened a school for boys, and began studying for the ministry. Concerned with the educational plight of the former slaves and believing that they needed to be prepared to carry out the responsibilities of citizenship, Cooke in 1867 became head of a Sunday school for blacks at Saint Paul Episcopal Church in Petersburg. That and a like Sunday school at Grace Episcopal Church provided the impetus in 1868 for founding Saint Stephen’s Episcopal Church, the first African American congregation of that denomination in the city.

Petersburg created a system of public schools before the establishment of a statewide system in 1870. By 1868 the city school board, with assistance from the Bureau of Refugees, Freedmen, and Abandoned Lands and the Peabody Education Fund, had opened several public schools serving African American children. Cooke was appointed principal of one of them, Elementary School Number 1 (also called the Harrison Street School), reportedly the first public school for black children in Virginia and the forerunner of Peabody High School. It later moved to a larger building and added high school classes, including algebra, French, and Latin. Cooke resigned at the end of the 1871 school term and organized the Big Oak Private School, also for African Americans, and served as its principal until 1873. 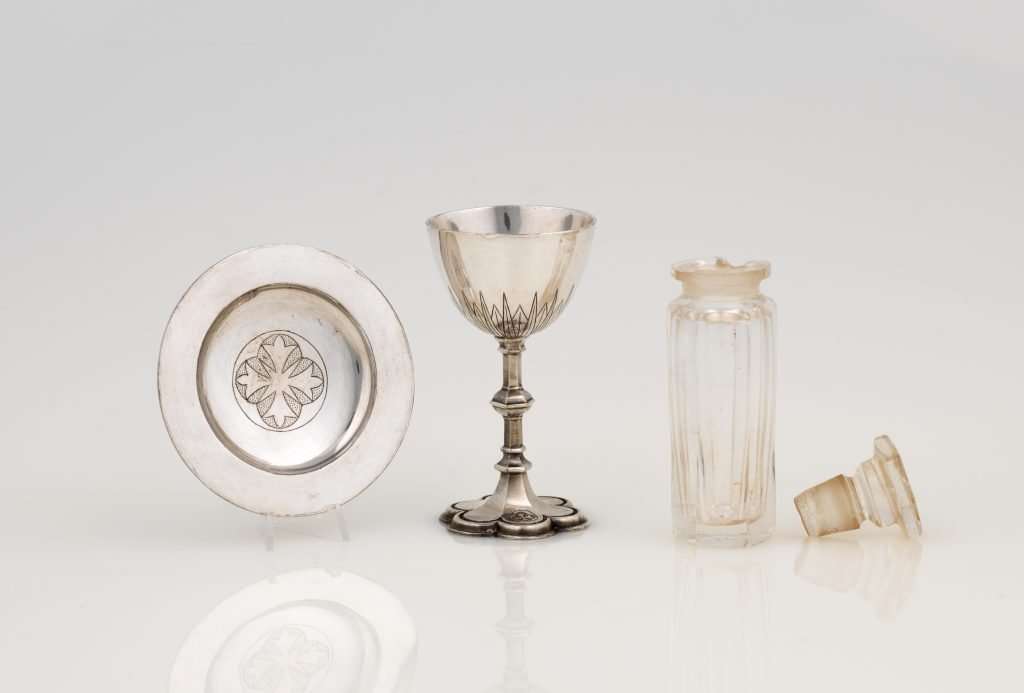 Cooke was ordained a deacon in the Protestant Episcopal Church in 1871 and a priest in 1874. On May 10, 1873, he became the second rector of Saint Stephen’s Church. Cooke merged his Big Oak School with the church’s school to form a normal school. With the addition in 1878 of a divinity school, it became Saint Stephen’s Normal and Industrial School, and in November 1884 it received a state charter as the Bishop Payne Divinity and Industrial School. Although it was nominally a branch of the Protestant Episcopal Theological Seminary in Virginia (popularly known as the Virginia Theological Seminary) in Alexandria, the seminary provided no funding, and Cooke spent several summers in northern states raising money.

The divinity school’s first student was James Solomon Russell, a Mecklenburg County native who became the founding president of Saint Paul Normal and Industrial School, in Lawrenceville. In his autobiography, Russell described Cooke as “a very exact man and a stickler for punctuality, but he was very human and wholeheartedly devoted to the right and the worthy.” Another divinity school student, whom Cooke expelled in 1879 for lack of humility, was George Freeman Bragg, later a well-known Episcopal minister and founder of the Petersburg Lancet , one of the first African American newspapers published in Virginia. Cooke was proud of and won praise for his educational work among the freedpeople, but he may have shared with other white southerners some low opinions of African Americans generally. In undated notes for an address, he described former slaves as “ignorant, credulous, superstitious, deceitful, emotional, religious, grateful.” Cooke intended his educational work to change that characterization.

On October 1, 1885, Cooke resigned as rector of Saint Stephen’s to take a similar position at All Faith Parish in Charlotte Hall, Saint Mary’s County, Maryland. He transferred to the Diocese of Kentucky on January 9, 1886, in order to work with black congregations in Louisville. Four years later Cooke returned to Maryland as rector of Saint Mary’s Whitechapel, in Caroline County. From 1892 to 1904 he was rector of North Elk Parish (also called Saint Mary Ann Parish), in Cecil County, and in 1898 he was appointed dean of the Northern Convocation.

In February 1904 Cooke became principal of Saint John’s Academy and rector of churches in Corbin and Middlesboro, Kentucky, but in September of that year he returned to Virginia to serve as rector of Kingston Parish in Mathews County. Eleven years later he moved to Portsmouth, where for two years before he retired in 1917 he was rector of All Saints Episcopal Church.

During his retirement Cooke lived in Mathews County and was active in several Confederate veterans’ organizations. He attended many reunions, served as assistant chaplain general of the United Confederate Veterans, and was chaplain of both the Stonewall Camp in Portsmouth and the Lane-Diggs Camp in Mathews County. He was also chaplain general of the Confederate Memorial Association and a life member of the Confederate Memorial Literary Society, both headquartered in Richmond. As he aged, Cooke became increasingly aware of his own importance as one of the last living links with Robert E. Lee. In correspondence with veterans, writers, and others, he excoriated Abraham Lincoln and extolled Lee. By 1920 he was the last living member of Lee’s wartime staff, an appellation he proudly carried for the rest of his life.

Both Cooke and his diaries became important historical sources. One obituary described his Mathews home as “a Mecca for historians and students of the War Between the States, who came to talk with him and to consult his diaries.” Douglas Southall Freeman used the diaries and interviewed Cooke when writing his biography of Lee.

On October 19, 1870, in Portsmouth, Cooke married a widow, Martha Frances Mallory Southall, who died on January 2, 1894. They had no children. On April 27, 1898, he married Sarah Katharine Grosh, of Cecil County, Maryland. Their one daughter and two sons included John Warren Cooke, who served as Speaker of the Virginia House of Delegates from 1968 to 1979. Giles Buckner Cooke died at his home in Mathews County on February 4, 1937, and was buried at Ware Episcopal Church two days later.