Cook was born on the Pamunkey Reservation in King William County on October 23, 1860. His father, Major Cook, died in 1861, and his mother, Caroline Bradby Cook, raised him with the help of her father and brother. Members of the Colosse Baptist Church before the American Civil War (1861–1865), the Bradby and Cook families numbered among the many Pamunkey who formed Pamunkey Indian Baptist Church after the war. Cook’s mother brought him up as a member of the church, and, like most Pamunkey, the Cooks remained a devoutly religious family. In 1901 he was the first delegate from the church to the Baptist General Association of Virginia. 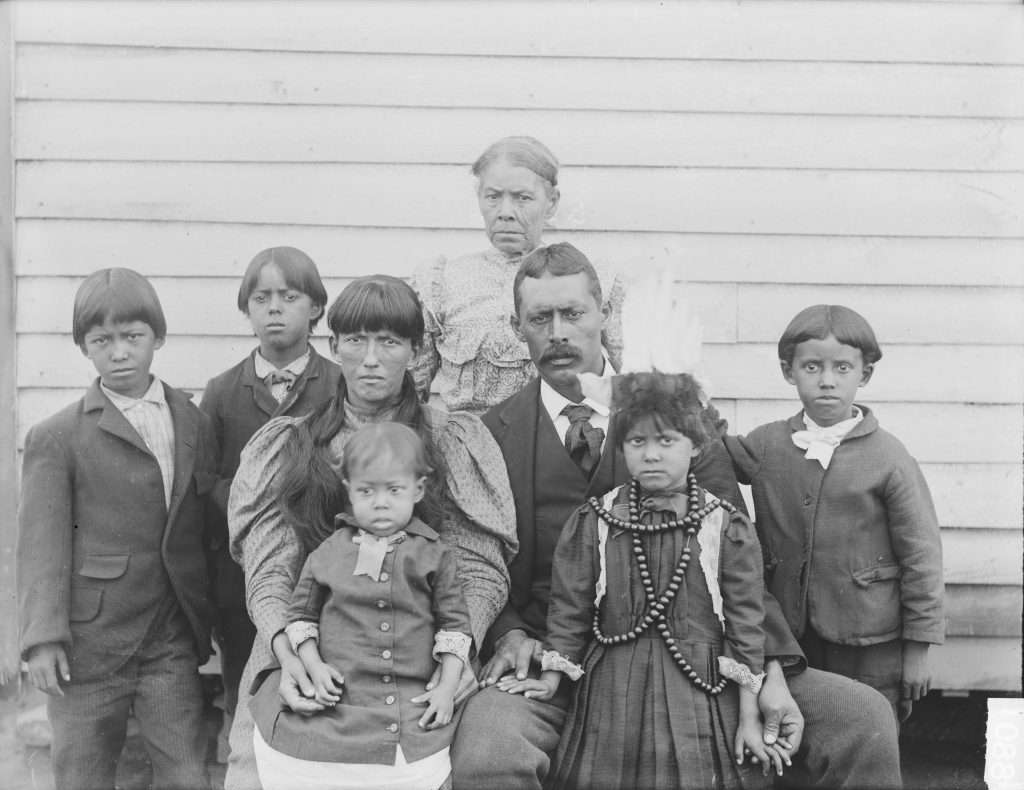 In 1870, when the first statewide system of public schools in Virginia was created, the census enumerator listed Cook as already able to read and write, although the state government did not establish a grammar school on the reservation until 1882 and may have excluded Indians from the public schools until that time. On March 9, 1887, Cook married Theodora Octavius Dennis, who had been born in Petersburg and who was also a member of the tribe and of Pamunkey Indian Baptist Church. She was the tribe’s midwife for many years and had ten children, of whom four sons and three daughters lived to adulthood.

Cook was listed on several census returns as a fisherman and farmer, but tribal duties kept him busy much of the time. By 1888 he was one of the headmen of the tribe and was so identified on a letter that the Pamunkey Council addressed to the president of the United States requesting him to permit Indians to take higher education classes at Hampton Normal and Agricultural Institute (later Hampton University). Cook performed in theatrical programs, including the well-known Pocahontas and John Smith story, that the Pamunkey presented in order to enhance recognition of the tribe.

Elected chief in 1902, Cook served until his death and continued to shape public perception of the Pamunkey. For many years he collected tribal artifacts, which became the basis for the Pamunkey Indian Museum on the reservation. He was convinced that education was essential to the development of Pamunkey tribal life and pressed for better conditions at the tribal grammar school and for improved secondary education. Cook also led a short-lived attempt early in the 1920s to organize cooperation with other Powhatan tribes.

To develop a higher profile for the Pamunkey, Cook moved the traditional date of paying symbolic tribute to the state to the autumn, during deer season, in order to draw media coverage with the presentation of a large game animal. The event dovetailed nicely with remembrances in local schools and churches of the Pilgrim-Indian first Thanksgiving. In 1917 Cook precipitated a definitive reaffirmation of the Pamunkeys’ status as wards of the state when he obtained rulings from the state attorney general that Virginia had no right to tax Indians on the reservation or to draft members of the tribe for military service. One of the chief’s sons, Ottigney Pontiac Cook, had challenged the legality of his draft notice, and the tribe appealed the case to the U.S. Army, which ruled in Cook’s favor. Having won their point, O. P. Cook and several other young Indian men then enlisted in the army. 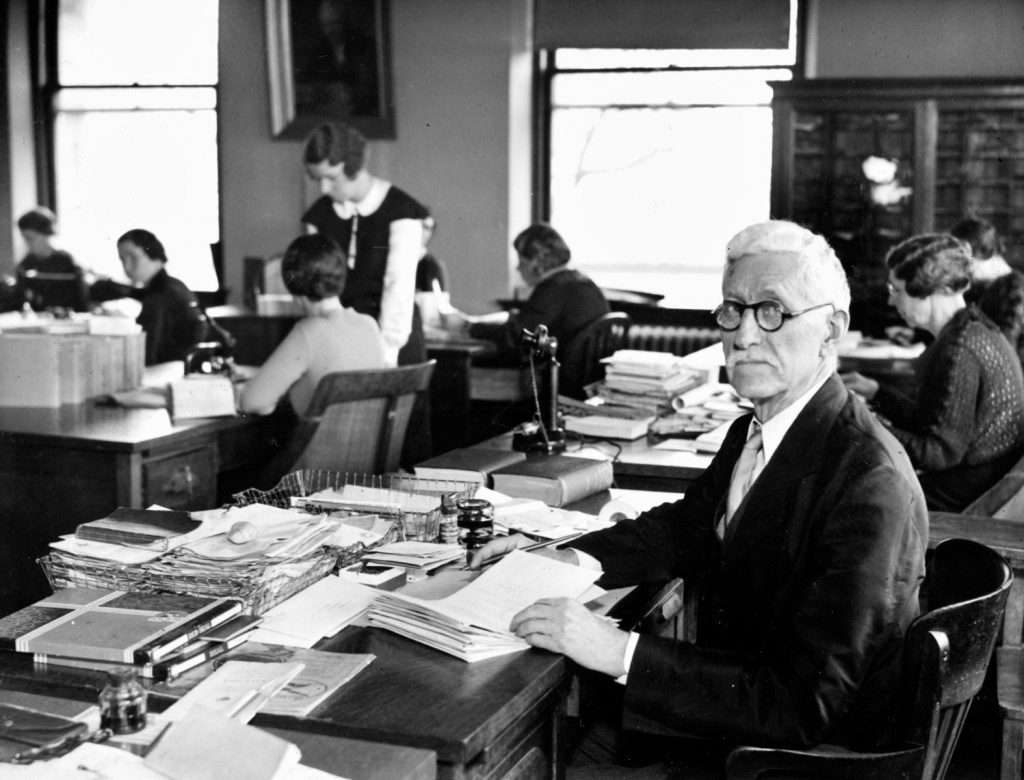 During the 1920s Cook took the lead in opposing Walter Ashby Plecker, director of the state Bureau of Vital Statistics, who believed that all Virginia Indians were of African American as well as Native American descent. Plecker and other white supremacists were anxious to protect the elite white race from what they perceived as racial dilution or degeneration, a goal they achieved in March 1924 with the passage of the Virginia Act to Preserve Racial Integrity. The statute officially classified all Virginians in rigid categories of white and colored and subjected all nonwhite citizens to the racial segregation laws. Passage of the law took the Indian communities by surprise, and focused dissent did not begin until the following year, when a strongly worded letter from Cook appeared in the Richmond News Leader on July 8, 1925. Thereafter, in speeches, newspaper articles, letters to the editor, visits to successive governors, and appearances before legislative committees, Cook argued for the right of Virginia’s Indians to maintain their distinct heritage and be correctly labeled as Indians.

The General Assembly defeated attempts to strengthen the statute in 1926 and 1928 but adopted an amendment to the racial integrity act after an epic fight in the 1930 legislative session. The amendment specified that any ascertainable amount of African American blood officially rendered a person Negroid. Known as the one-drop clause, the amendment enabled Plecker to classify hundreds of Virginia Indians as Negroes. Cook led opposition to a proposal to exempt from that classification the Indians living on the two state reservations. Enlisting assistance from the tribe’s attorney, Hill Montague, and Chief George F. Custalow of the Mattaponi, he publicly denounced the exemption because it did not protect Pamunkey and Mattaponi living off the reservations. On February 1, 1930, Cook made an impassioned speech during a legislative committee hearing and concluded with the peroration: We were the men who trusted you, who welcomed you and saved you from the famine of [1607]. You have taken our land. You have destroyed our hunting ground. You have left us for our support only a 300-acre sandspit and some swamp. You have taken our land, taken our forests, taken our fishing grounds—and now with one last stroke of the pen you are trying to take our very name.

It was the last public campaign for the sixty-nine-year-old chief. Cook’s longtime friend, the University of Pennsylvania anthropologist Frank G. Speck, wrote that the progressive and canny chief was “sensitive, ideal but discouraged by social adversity, like many artists and composers.” The teacher at the Pamunkey Indian School reported to the governor in January 1930 that the “continual harassing will kill Chief Cook. He was sick enough to be in bed to-day.” George Major Cook suffered from heart disease for several years, had a heart attack in the summer of 1930, and died following another heart attack at his home on the reservation on December 16, 1930. He was interred in the Pamunkey Indian Baptist Church burial ground.