By the end of 1865, after the state had been left with tens of thousands of disabled Confederate veterans, the Virginia General Assembly first considered legislation to assist its former soldiers. Still, it would not be until January 1867 that the legislature passed a bill to pay for the artificial limbs of these veterans. Within three years 330 artificial limbs had been distributed at a cost of $40,000.

Despite subsequent appropriations by the General Assembly for artificial limbs, in 1875 an act to provide commutations—that is, one-time awards of money to disabled veterans—largely replaced the artificial-limbs program. This commutation program soon expanded to compensate men who had been blinded in the war. Indeed, during the 1870s the state appropriated $95,000 to aid disabled veterans. During the 1880s, however, it became apparent that one group of individuals had not received any compensation: the women whose disabled husbands had survived the conflict without receiving a commutation before their deaths.

In 1888 the General Assembly altered its commutation program to create the basis of a pension system that would make annual payments. This legislation included a number of provisions as the basis of qualification: the recipient must be a Virginia resident for one year, have never been a recipient of a pension, have an income of no more than $300, and have no personal property worth more than $1,000. Disabled veterans were to have received their wound during their wartime service. Their annual payment varied from $15 to $60 based on the severity of their disability. Widows of those veterans who had died in the war and remained unmarried Virginia residents were to receive $30-per-year pensions so long as they fulfilled the same property requirements as veterans.

During subsequent years the General Assembly, under public pressure largely dictated by aging veterans and widows who did not fall under the 1888 legislation, expanded those covered by pensions. By this time many veterans who had survived the war with either no disability or a slight one were aging to the point that they could not provide for themselves. Hence, in both 1900 and 1902 the General Assembly raised pensions for disabled veterans to $50 for the loss of an arm, foot, leg, or hand to as much as $100 for veterans missing both eyes as well as both feet or hands. Most significantly, for the first time widows whose veteran husbands had died after the war were now given pensions that amounted to $25 so long as they stayed unmarried. Those widows whose husbands had died during the war were entitled to pensions of $40.

By 1908 the legislature further expanded the pension system by introducing funeral expenses for deceased Confederate veterans. In addition, it allowed Confederate matrons—former Confederate nurses—to receive pensions as well. Interestingly, unlike Confederate widows, these matrons had to be married in order to receive their pensions. Indeed, in 1925 and 1926 even African Americans who had served as wartime “body servants” were recorded as receiving pensions. The Virginia pensions ultimately covered veterans’ sisters and daughters, too.

In addition to bringing in new groups of individuals, Virginia’s Civil War pension program was liberalized over time in a number of different ways. One of these was to minimize the severity of the wartime disability a veteran had experienced to the point that eventually old age in itself became sufficient grounds to receive a pension. Further, to ensure that more of these veterans were eligible, the property and income ceilings were raised as well. As far as widows were concerned, the major transformation was to allow them to receive a pension if they had married the veteran from right after the war to 1890.

Over time the share of widows who were pensioners shifted. Initially in 1888 it stood at nearly half; but the number then began to decline as the requirements for veterans were eased to the point that all former soldiers who met the minimal property requirements received pensions. As the number of veterans fell through death, however, the share of women rose again and reached about half of all pensioners. 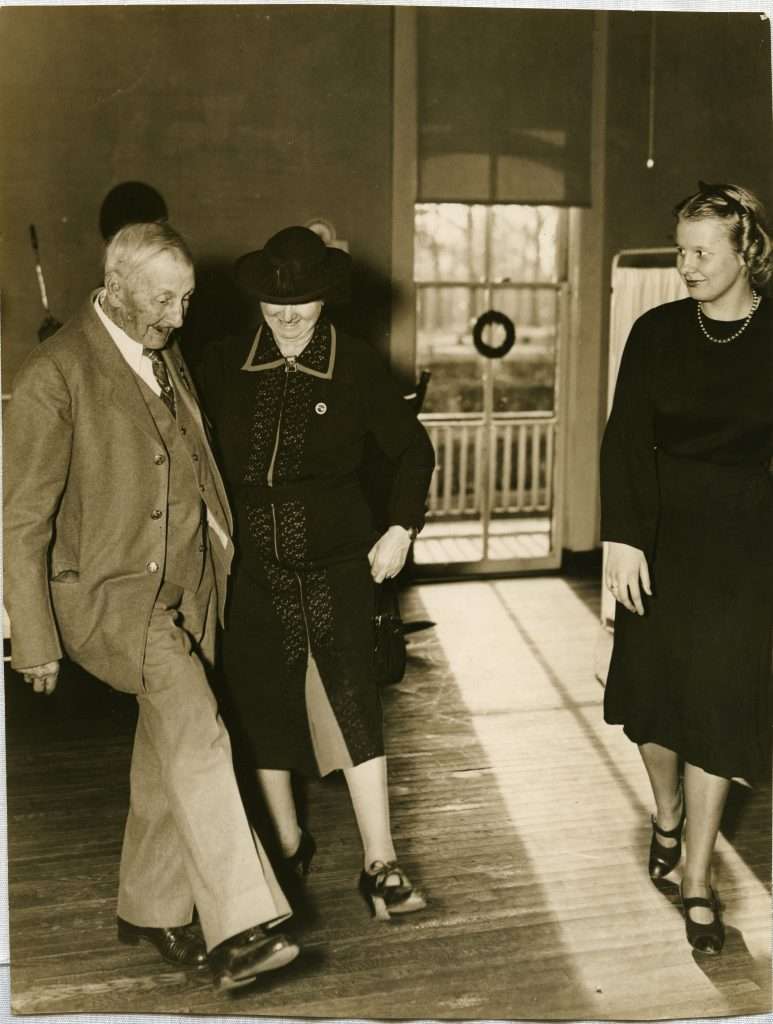 Confederate Veteran at a Soldiers’ Home

Virginia’s pension system was not particularly generous when compared to the amounts the federal government provided to Union veterans and widows. For example, in 1890 the average Union pension was about $100. Further, even compared to other former Confederate states, Virginia’s pensions were meager. For instance, while in 1910 the average Confederate pension across the South was $47.24, Virginia’s stood at $23.38.

Virginia’s pension system epitomizes the degree to which the Civil War’s impact on the state far exceeded the years of the conflict itself. Indeed, because of its tendency to liberalize its laws under public pressure, Virginia was actually paying more for pensions fifty years after the conflict than it had immediately after the war. Further, because any Confederate veteran or widow was eligible for a Virginia pension by virtue of meeting the state’s residency requirement, the long-term impact of the Confederacy as a political unit far exceeded the war as well.