In the 1960s, Virginia was one of the most conservative states in the South, which was already the most conservative part of America. The 1901–1902 Constitutional Convention had undone the advances of Reconstruction (1865–1877), and the resulting Virginia Constitution of 1902 had largely succeeded in subverting the Fifteenth Amendment to the U.S. Constitution through poll taxes and literacy requirements that prevented many African Americans and poor whites from voting. Segregation, especially in education, had become entrenched over the decades, and Virginia politicians stubbornly resisted the United States Supreme Court’s mandate to desegregate public schools. Responding to the Brown v. Board of Education of Topeka, Kansas decision of 1954, U.S. senator Harry F. Byrd Sr. of Virginia had initiated a strategy of Massive Resistance that in some cases shut down public schools rather than integrate them. The most effective tactic, however, had been the Pupil Placement Board. As its name suggests, the board placed students in schools it deemed appropriate, which, in practice, usually meant white students in white schools and black students in black schools. A decade after the federal mandate, the rate of integration in Virginia public schools was only 5 percent. 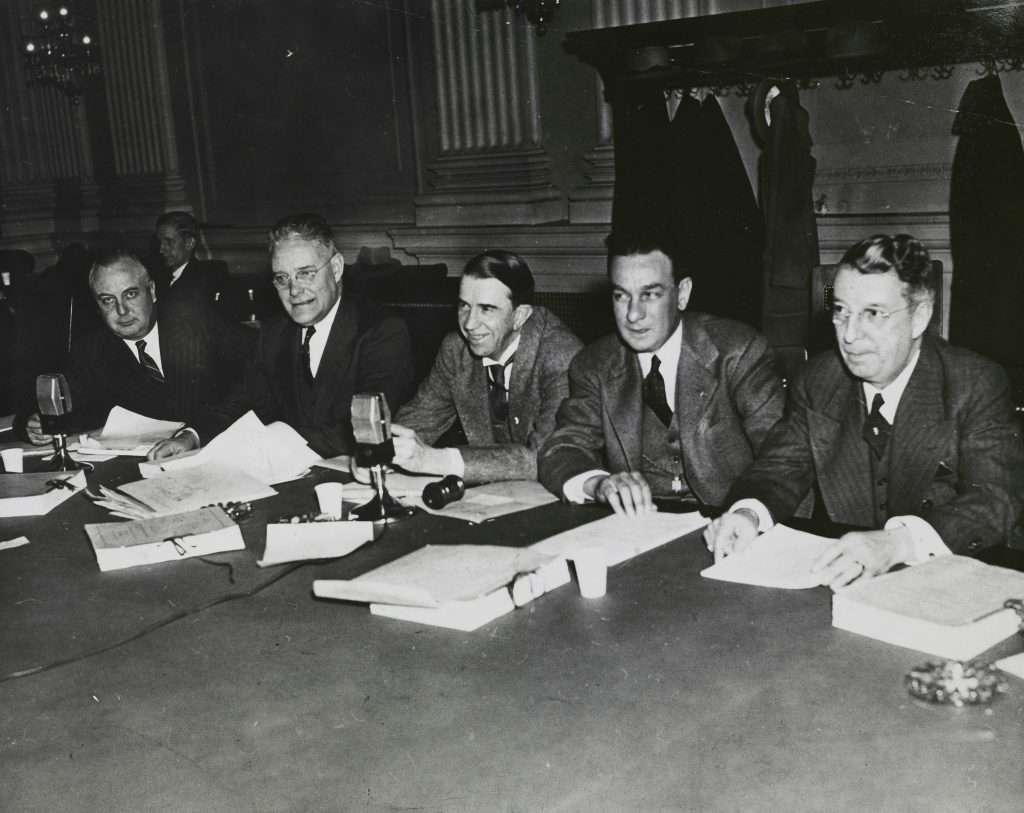 Smith, a banker, dairy farmer, and former judge from Alexandria, was an apologist for slavery who cited the Greeks and Romans in its defense. He was also a committed opponent of civil rights who, according to a friend, “had a real feeling of kindness toward the black people he knew, but he did not respect the race.” In opposition to the Civil Rights Act of 1957, he had said, “The Southern people have never accepted the colored race as a race of people who had equal intelligence and education and social attainments as the white people of the South.”

Calling it “nefarious,” Smith had opposed the latest civil rights bill from the time it was first introduced on June 19, 1963, by U.S. president John F. Kennedy. After passing the Judiciary Committee of the U.S. House of Representatives, the legislation moved on to the House Rules Committee on November 20, 1963. It was still sitting there two days later when Kennedy was assassinated and the vice president, Lyndon B. Johnson, was sworn in as president.

On taking office, Johnson declared that there could be no better memorial to Kennedy than passage of the bill. Smith, however, remained unmoved. In order to prevent the bill from advancing to the House floor for debate, he turned to a familiar tactic of passive resistance—he refused to give it a hearing. The bill’s proponents countered by filing a discharge petition that would have automatically moved it out of committee. Although they failed to muster a majority of the committee’s support, even the threat of discharge persuaded Smith finally to release the bill from the Rules Committee, or what some had taken to calling “Judge Smith’s graveyard.”

“By this time,” writes Bruce J. Dierenfield in Keeper of the Rules: Congressman Howard W. Smith of Virginia (1987), “the eighty-one-year-old Virginian’s advancing years had rounded his shoulders and reduced his gait to a hesitant walk; but the burning desire to oppose civil rights still shone in his flinty brown eyes.” Smith may have lost the battle in committee, but he confidently took the fight to the House floor, where he joined efforts to amend the bill in order to make its passage more difficult. Here, though, the elderly legislator—who had made obscure parliamentary tactics his life’s work—made a rare miscalculation. On February 8, 1964, he introduced an amendment that would add “sex” to the list of categories protected from employment discrimination. The decision would both facilitate the bill’s passage and enhance its impact.

Smith had intended just the opposite, however. He had counted on his colleagues to share his view that sex discrimination was not to be taken seriously and that its inclusion would sufficiently trivialize the bill, ensuring its defeat. Johnson, meanwhile, opposed the sex amendment lest it disturb what was already a fragile coalition supporting civil rights. Smith introduced the amendment as “a joke,” according to a House colleague, and he snickered about the difficulties women faced in achieving what he called their “right to a nice husband and family.” The chamber erupted with laughter.

Opponents of the amendment who nevertheless supported the civil rights bill were incensed. They pointed out that the two forms of discrimination were too different to include in the same legislation. They worried about social “upheaval” that might lead to women in the military or changes in rape and alimony laws. They also worried about how such a protection would affect laws that already provided not equal but preferential treatment for working women. In fact, Smith had his eyes on those laws, too. They were hurting Virginia sweatshops that relied on inexpensive female labor. Even if the civil rights bill passed with the sex amendment, Smith figured that he would have accomplished something for his allies in the business community.

In the end, bolstered by southern and Republican support, the amended bill did pass the House, 290–130, with women cheering from the gallery. When one cried, “We made it! God bless America!” she was removed by a guard. And Smith, according to Dierenfield, “gleefully waved a finger in [a liberal colleague’s] face for voting against the sex amendment.” He assumed that the bill would now face certain defeat in the Senate.

Following weeks of debate, introduction of other amendments, and southern efforts at a filibuster, the Senate voted for cloture on June 10, 1964, and on June 19, 1964, returned the bill to the House. Smith’s last act of obstruction was the threat of a ten-day delay of the introduction of the bill to the House floor, a threat that he did not carry out. The House voted 289–126 to approve the bill on July 2, 1964, and Johnson signed it into law that same evening.

The Civil Rights Act in Virginia

The Civil Rights Act of 1964 would have long-lasting effects in Virginia, in the South, and throughout the country, through both its ban on discrimination and the mechanisms it created to enforce this ban. Many believe that passage of the bill caused a decline in black migration north and that it also gave new impetus to the modern women’s movement. The section of the bill that had the biggest impact in Virginia, however, was Title VI. Coupled with the Elementary and Secondary Education Act of 1965, which denied federal funding to schools that refused to integrate, the bill forced increased cooperation by Virginia school boards and ended the Pupil Placement Program in favor of school choice, although significant de facto school segregation persisted into the 1970s. As for Smith, his involvement with the bill is best summed up by the Rules Committee’s counsel, T. M. Carruthers, who said about the chairman: “The ladies gave him credit for helping them, but he had another motive.”

Library of Congress Virginia Historical Society Freeman, Jo. “How ‘Sex’ Got into Title VII: Persistent Opportunism as a Maker of Public Policy”