Walter P. Chrysler was born in Oelwein, Iowa, to Walter Percy Chrysler Sr. and Della Viola Forker Chrysler. The family moved to New York in 1920 where the elder Chrysler founded the namesake automobile company in 1925. Chrysler Jr. studied at Dartmouth, traveled in Europe, worked as a publisher, directed a division of the family company, served as president of the Chrysler Building in New York, and began to accumulate a significant collection of European and American art, including works by Henri-Émile-Benoît Matisse and Pablo Picasso. His father’s death in 1940 left him with multi-million dollar inheritance and enabled him to pursue his collecting on an even grander scale. He purchased North Wales, a sprawling estate near Warrenton, Virginia, in 1941 where he raised thoroughbred horses. During World War II (1939–1945), he was stationed in Norfolk as a member of the United States naval Reserve. There he met and later married in 1945 his second wife, Jean Easther Outland, a Norfolk teacher. After Chrysler resigned from the Navy in 1944, the couple split their time between New York City and the their North Wales estate. Chrysler sold the estate in 1957, and purchased an abandoned Protestant Church in Provincetown, Massachusetts in 1958 for use as a museum to exhibit and store his ever-expanding art collection.

Increasingly dissatisfied with Provincetown’s lack of support for the museum, Chrysler negotiated in 1970 to donate its content, but not his personal collection, to the Norfolk Museum of Arts and Sciences. The existing local museum, founded in 1939, changed its name to the Chrysler Museum at Norfolk before eventually being renamed the Chrysler Museum of Art. To cement his new relationship with the city, Chrysler and his wife took up residence in a house near the museum. He was director of the museum from 1971 until 1976, after which he chaired the Board of Trustees until 1984. He and his wife remained involved with the museum throughout their lives.

The museum’s holdings were further expanded by the gifts of Colonel Edgar William and Bernice Garbisch, Walter P. Chrysler’s older sister, between 1974 and 1982. The couple donated more than 160 paintings to the museum. A final large donation occurred in 1983 when the museum secured seventy marble sculptures from the James H. Ricau collection, giving it one of the world’s largest collections of American neoclassical marble sculptures. 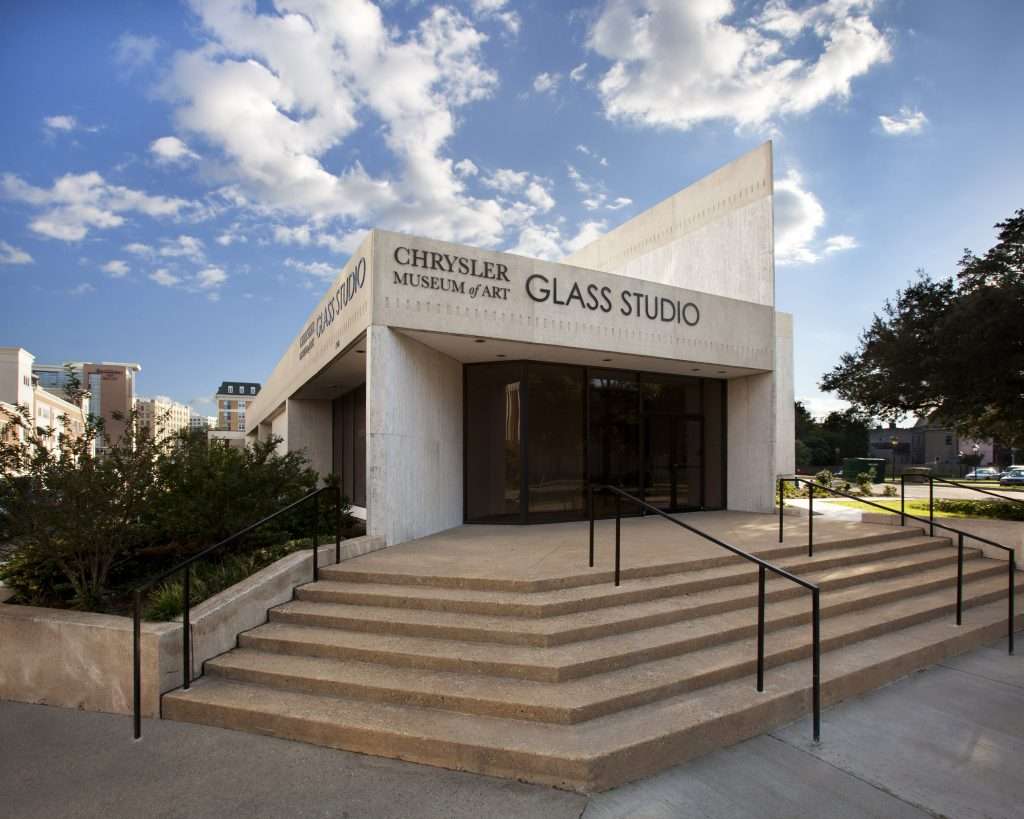 The museum is home to more than just an impressive permanent collection. It also offers a program of changing exhibitions, which have included such artists as Ernest C. Withers and Maurits C. Escher. In 1978 the museum began its photography collection with gifts of Aaron Siskind and Robert Mapplethorpe photos. The collection now contains more than 4,000 photographs by many renowned photographers, including Alexander Gardner, Man Ray, and James Abbe. The museum is also home to the Jean Outland Chrysler Library, which contains more than 80,000 books on art history. Since one goal of the museum is to use art to educate the public, the institution offers a variety of educational programs for patrons of all ages, both at the museum and online.

The museum also maintains two historic houses in Norfolk. The Moses Myers House located at Bank and East Freemason streets is a late eighteenth-century home filled with works of art and some of the original furnishings that were owned by the prosperous Jewish family that occupied it. The Willoughby-Baylor House located at 601 East Freemason Street, another example of a late eighteenth-century home, was turned into the Norfolk History Museum in 2005. In June 1989 the museum completed a $13.5 million architectural reconstruction and expansion.

The Chrysler Museum of Art