Chilton was born in Fauquier County. A birth date of September 7, 1804, recorded later in the nineteenth century appears in many reference works, but his age as he reported it to census enumerators in 1850 and 1860 indicates that he was born in 1805. His parents, Stephen Chilton and Susan Turner Chilton, later moved to Missouri with several of their other children. Chilton read law with a Winchester judge and returned to his native county to practice. In Falmouth, Stafford County, on February 16, 1832, he married Isabella R. Brooke, whose younger brother James Vass Brooke read law with Chilton and later served in the second and third sessions of the Convention of 1861. They had at least four sons and one daughter, and Chilton’s widowed mother-in-law joined the household as well.

On March 31, 1843, the Ninth Congressional District convention of the Whig Party nominated Chilton for the House of Representatives on the second ballot. He pledged unconditional support for Henry Clay‘s presidential candidacy in 1844 and campaigned on a platform advocating a liberal interpretation of the Constitution, immediate establishment of a third Bank of the United States, circulation of a national paper currency with uniform value and convertible to specie at will, tariff both to raise revenue and to protect domestic industry, and equitable distribution among the states of proceeds from the sales of public land. John M. McCarty, who had finished second to Chilton at the nominating convention, remained in the race. Changes in the district boundaries had removed some traditional Democratic counties from the district and added several Whig counties, and despite the split among the Whigs, Chilton narrowly defeated William “Extra Billy” Smith, the Democratic incumbent, in the April election. Representing the counties of Culpeper, Fairfax, Fauquier, Loudoun, Prince William, Rappahannock, and Stafford, Chilton served on the Committee for the District of Columbia, spoke occasionally on procedural matters, and advocated abolishing imprisonment for debt. He did not seek reelection in 1845. 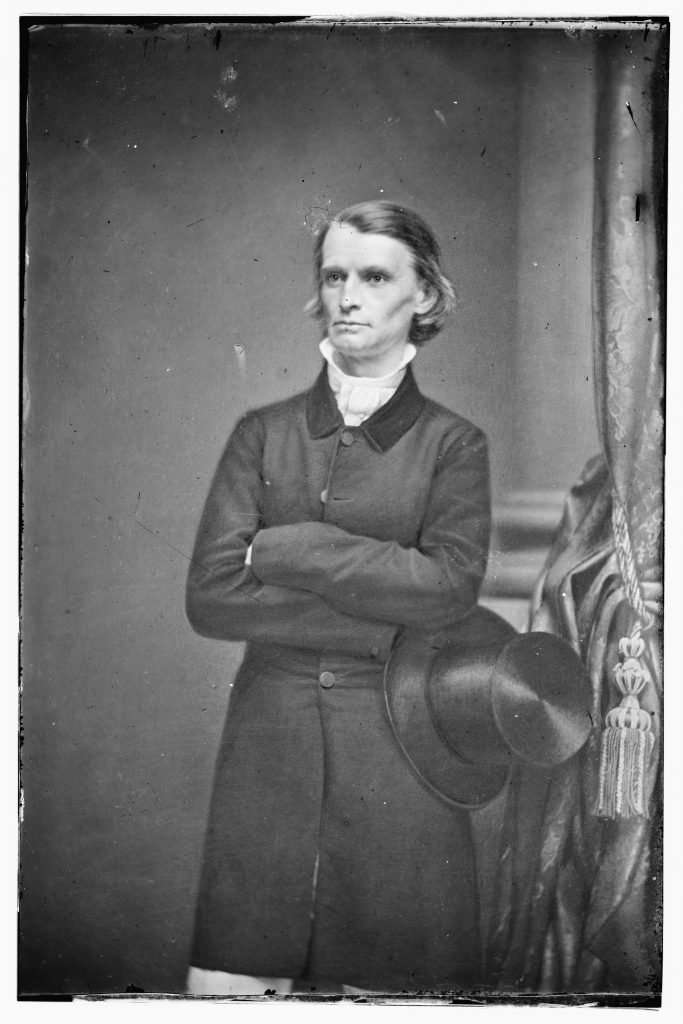 On August 22, 1850, Chilton, finishing third in a five-candidate field, won election as one of three delegates representing Fauquier and Rappahannock counties in a convention that met from October 14, 1850, until August 1, 1851, to revise Virginia’s constitution. Characterizing himself as a conservative reluctant to abandon the checks and balances of republican government for a more pure form of democracy, he debated Henry A. Wise in February 1851 on the definitions of conservatism in a running display of quicksilver wit and oratorical skills that informed the convention debates for several days. A critic described Chilton as “one of the ablest, most indolent, and finest looking men in the convention” who “possessed great power in debate: yet it was that of a gun of heavy calibre difficult to wield or bring to bear on any point.”

Chilton sat on the Committee on the Legislative Department of the Government and also on an eight-member special committee appointed on May 12, 1851, to report on apportionment of the General Assembly. Chilton, who at the time of the convention paid taxes on three slaves, had initially supported calculating legislative representation on a mixed basis of population and property holding, but by then he was willing to compromise with western delegates who opposed considering property in apportioning representation. The special committee reported a plan that gave western counties a majority of seats in the House of Delegates but left eastern counties in control of the Senate of Virginia until 1865. When adoption of the plan faltered in the committee of the whole, Chilton on May 16, 1851, proposed options for the required legislative reapportionment in 1865. If the General Assembly could not then agree on bases for reapportionment, the governor would offer voters alternatives based on the number of qualified voters, on the total white population, on taxation, or on a combination of white inhabitants and taxation. Voters also could choose whether to apportion the two houses using the same or different methods. After several attempts to derail or gut Chilton’s proposal failed, this key compromise that shifted the balance of power in the assembly away from slaveholding easterners passed by a vote of 55 to 48. On July 31 Chilton voted with the majority in favor of the final version of the constitution that won ratification in a referendum later that year. 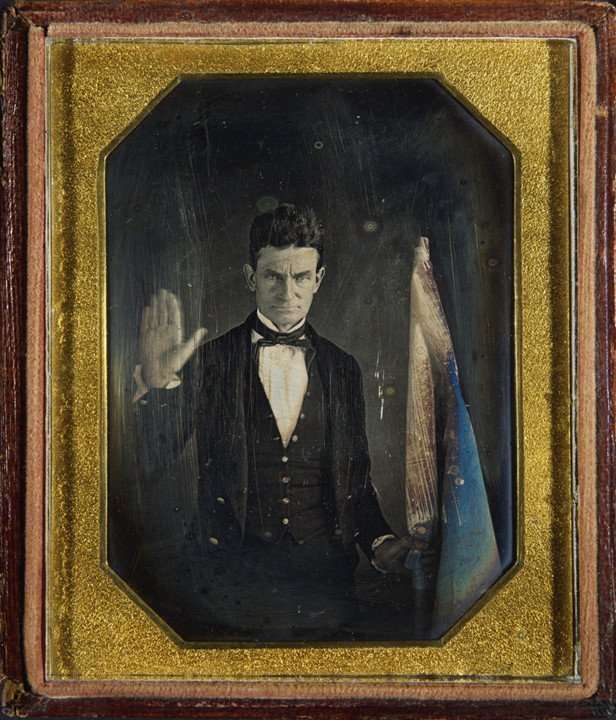 By 1853 Chilton had moved to Washington, D.C., but he retained his town lot in Warrenton, valued at $3,000. He joined the American (Know Nothing) Party and in a Fourth of July oration delivered in Fredericksburg in 1855 likened the partisanship prevailing in national politics to the Jacobinism of the French Revolution. His successful law practice and reputation as an able, eloquent advocate led to his being added to the legal team representing John Brown in his treason trial following the 1859 raid on Harpers Ferry. Chilton appeared before the Jefferson County circuit court in Charles Town on October 29, 1859, and with Hiram Griswold, of Cleveland, Ohio, represented Brown for the final two days of the trial. In his summation on October 30, Chilton argued that by definition Brown could not have committed treason against Virginia because he was not a citizen of the commonwealth. After the jury returned a guilty verdict, Chilton requested an arrest of judgment on the grounds of errors in the verdict and because Brown had been tried for a crime not enumerated in the grand jury record. He and the prominent Culpeper County lawyer William Green prepared Brown’s petition to the Virginia Supreme Court of Appeals for a writ of error, which the court denied on November 19, 1859. Chilton submitted to the governor more than a dozen affidavits from Ohio citizens with an unsuccessful plea for a postponement of Brown’s scheduled execution so that his counsel could secure a hearing on their client’s sanity. The following January, Chilton testified before a select committee of the United States Senate investigating the raid on Harpers Ferry about the circumstances surrounding his hiring and who had paid his fees.

Chilton reportedly declined an appointment in Abraham Lincoln’s administration and returned to Warrenton. In the spring of 1861 he addressed crowds in Alexandria at the recruitment of volunteers for Confederate service but probably because of his age took no other recorded part in the American Civil War (1861–1865). Samuel Chilton wrote his will in May 1864 and died in Warrenton on January 7, 1867, possibly after suffering a stroke. As a past master of the Mount Carmel Lodge, he was interred with Masonic honors in the Warrenton Cemetery.

RELATED CONTENT
Categories:
Type:
MAP
TIMELINE
September 7, 1805
Samuel Chilton is born to Stephen Chilton and Susan Turner Chilton in Fauquier County. They will have at least four sons and one daughter.
February 16, 1832
In Falmouth, Stafford County, Samuel Chilton marries Isabella R. Brooke, whose brother James Vass Brooke read law with Chilton.
March 31, 1843
The Ninth Congressional District convention of the Whig Party nominates Samuel Chilton for the House of Representatives on the second ballot.
April 1844
Samuel Chilton is elected to the U.S. House of Representatives from the Ninth Congressional District, narrowly defeating William "Extra Billy" Smith, the Democratic incumbent. Chilton does not seek reelection in 1845.
October 14, 1850—August 1, 1851
Samuel Chilton meets with other delegates in Virginia to reform the state constitution.
February 1851
At the Convention of 1850—1851, Samuel Chilton debates Henry A. Wise over the meaning of conservatism in a running display of quicksilver wit and oratorical skills that informs the convention debate for several days.
May 12, 1851
At the Convention of 1850—1851, Samuel Chilton is chosen, along with seven other people, to serve on a special committee to report on the apportionment of the General Assembly.
May 16, 1851
At the Convention of 1850—1851, Samuel Chilton proposes options for the required legislative reapportionment of the General Assembly in 1865. His proposal, which would shift the balance of power away from the slaveholding eastern part of Virginia, ultimately passes by a vote of 55 to 48.
July 31, 1851
At the Convention of 1850—1851, the final version of a revised Virginia constitution is ratified, with Samuel Chilton siding with the majority.
1853
Samuel Chilton moves to Washington, D.C., while retaining his town lot in Warrenton, valued at $3,000.
July 4, 1855
Samuel Chilton delivers a speech in Fredericksburg on behalf of the American (Know Nothing) Party in which he compares the partisanship prevailing in national politics to the Jacobinism of the French Revolution.
October 29, 1859
Samuel Chilton appears before the Jefferson County Circuit Court in Charles Town and, with Hiram Griswold, represent John Brown, who has been accused of treason following his raid on Harpers Ferry. Chilton and Griswold represent Brown for the trial's final two days.
October 30, 1859
In his summation before the Jefferson County circuit court, Samuel Chilton, one of John Brown's defense attorneys, argues that Brown could not have committed treason against Virginia because he is not a citizen of the commonwealth.
November 9, 1859
After the trial of John Brown in Harpers Ferry, a petition to the Virginia Supreme Court of Appeals for a writ of error submitted by Samuel Chilton and William Green is denied.
Spring 1861
Samuel Chilton addresses crowds in Alexandria at the recruitment of volunteers for Confederate service but probably because of his age takes no other recorded part in the Civil War.
May 1864
Samuel Chilton writes his will.
January 7, 1867
Samuel Chilton dies in Warrenton, possibly after suffering a stroke. He is interred with Masonic honors in Warrenton Cemetery.
FURTHER READING
CITE THIS ENTRY