From the mainland, the CBBT extends U.S. highway Route 13 over the water with a pair of two-lane bridges. After a few miles, the bridges connect and dip underground into a small manmade island and tunnel to allow the passage of ships on the bay. The roadway resurfaces at a second manmade island approximately one mile after the first. It then splits again into two bridges for several miles until the next tunnel, which mirrors the first in its construction. Some miles after the second tunnel, the bridge lands on the tip of the Delmarva Peninsula at Cape Charles, Virginia, and Route 13 continues north. 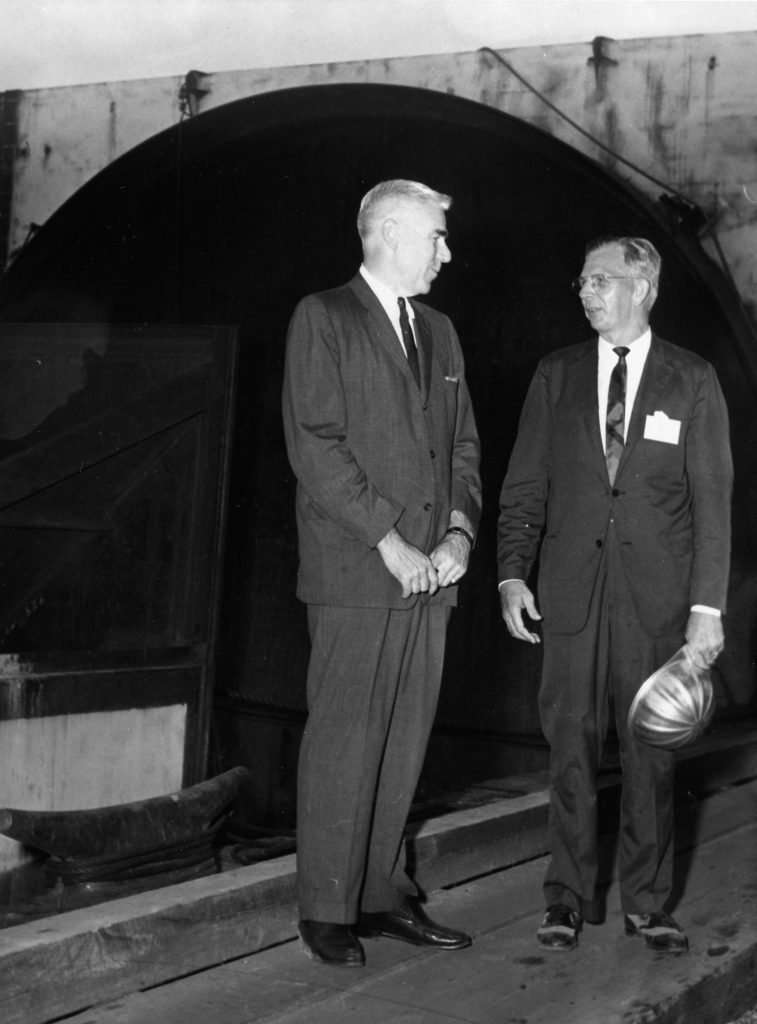 Lucius Kellam and P.Z. Michener During Construction of the Chesapeake Bay Bridge-Tunnel

Until the CBBT’s construction, travelers crossed the Chesapeake Bay on private ferries. The government of Virginia in 1954 created a Chesapeake Bay Ferry Commission to acquire and manage the ferry corporation. Once the commission considered the potential for a fixed crossing, its members set about trying to finance the project. Commission chairman Lucius J. Kellam Jr., for whom the CBBT was named in 1987, was the strongest advocate for building a two-lane CBBT. His opponents thought the bridge-tunnel was extravagant and dangerous; storms or off-course vessels could easily damage the passage, and there might not even be enough traffic to pay the cost of construction. Kellam was convinced that a bridge-tunnel could be financially self-sustaining, and in 1960, investors purchased $200 million in bonds to be fulfilled by toll revenue. Incredibly, no funds from state or local governments were used to finance the project. In less than four years, the Chesapeake Bay Bridge-Tunnel was completed, opening on April 15, 1964.

Over time, the CBBT paid off. The commission repaid its debtors and the project began to make a profit. The money, however, was reinvested into the bridge-tunnel for future renovations and expansions. Late in the 1980s, the commission began researching an expansion. Not only was traffic beginning to back up, but the two-lane roadway was also dangerously narrow. The expansion, to be financed by more toll-revenue bonds, would add the parallel bridges that connect only at tunnels. Also, the older portion of the bridge tunnel needed restoration. At a cost of $197 million contracted to various construction firms, the parallel bridge and renovation project was completed and the roadway reopened on April 19, 1999. 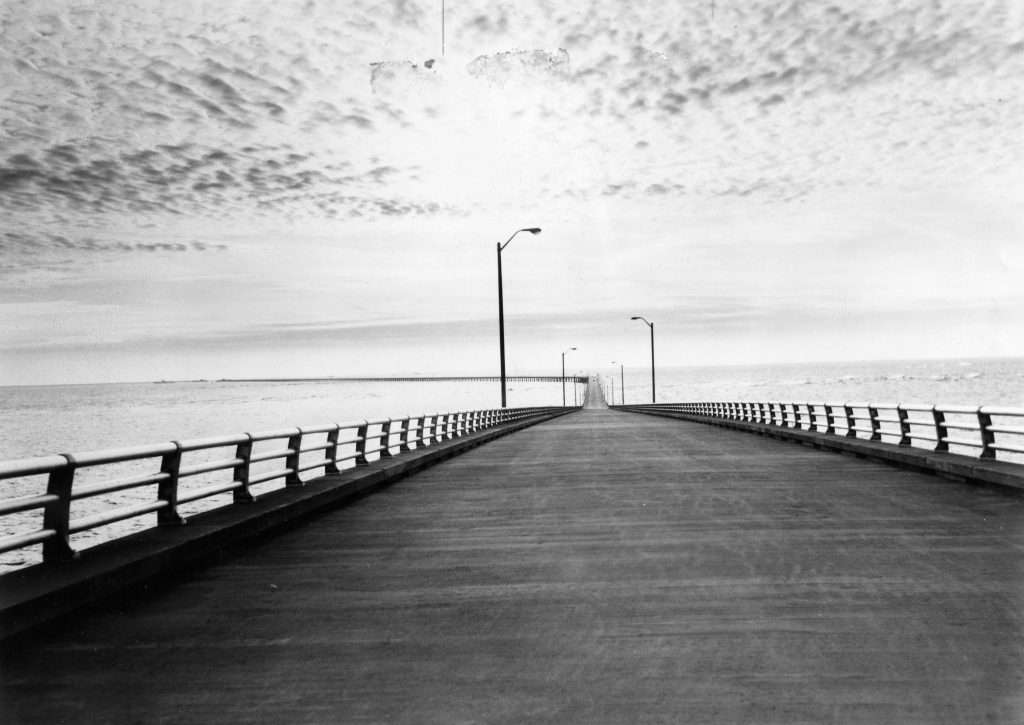 Today, the bridge is a vital piece of Virginia’s road system. More than eighty million vehicles have crossed the CBBT, which saves more than ninety-five miles of driving between southeastern Virginia and points north of Maryland. The bridge-tunnel also attracts tourists of its own. For the cost of the toll to cross the CBBT, one can go fishing on the bridge pier, eat at the restaurant or purchase souvenirs at the gift shop on one of the manmade islands, or stop at various scenic spots for pictures.