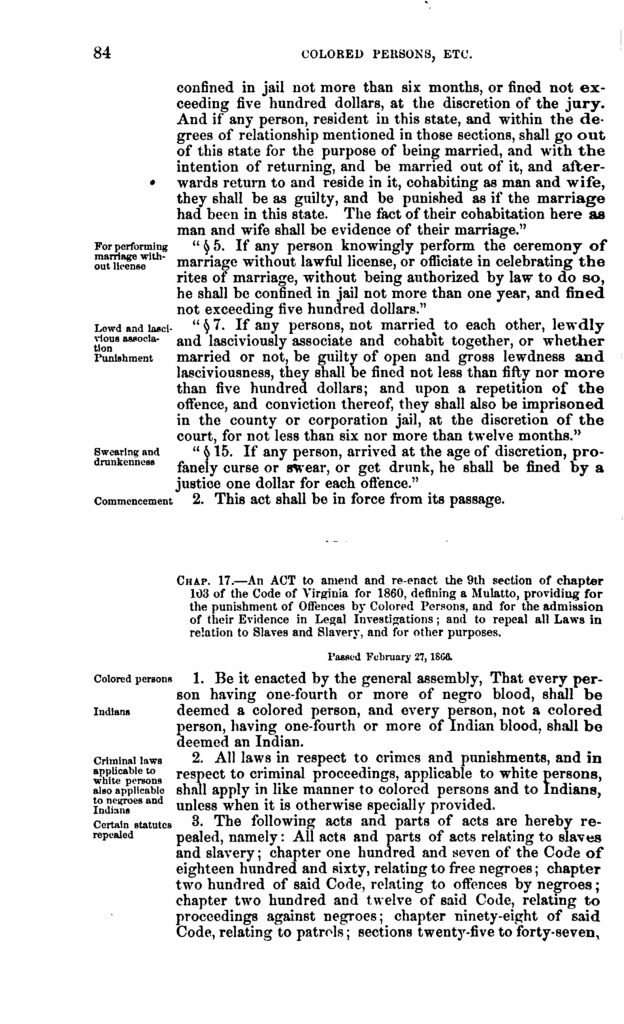 Chap. 17.—An ACT to amend and re-enact the 9th section of chapter 103 of the Code of Virginia for 1860, defining a Mulatto, providing for the punishment of Offences by Colored Persons, and for the admission of their Evidence in Legal Investigations; and to repeal all Laws in relation to Salves and Slavery, and for other purposes.
Passed February 27, 1866.

2. Al laws in respect to crimes and punishments, and in respect to criminal proceedings, applicable to white persons, shall apply in like manner to colored persons and to Indians, unless when it is otherwise specially provided. 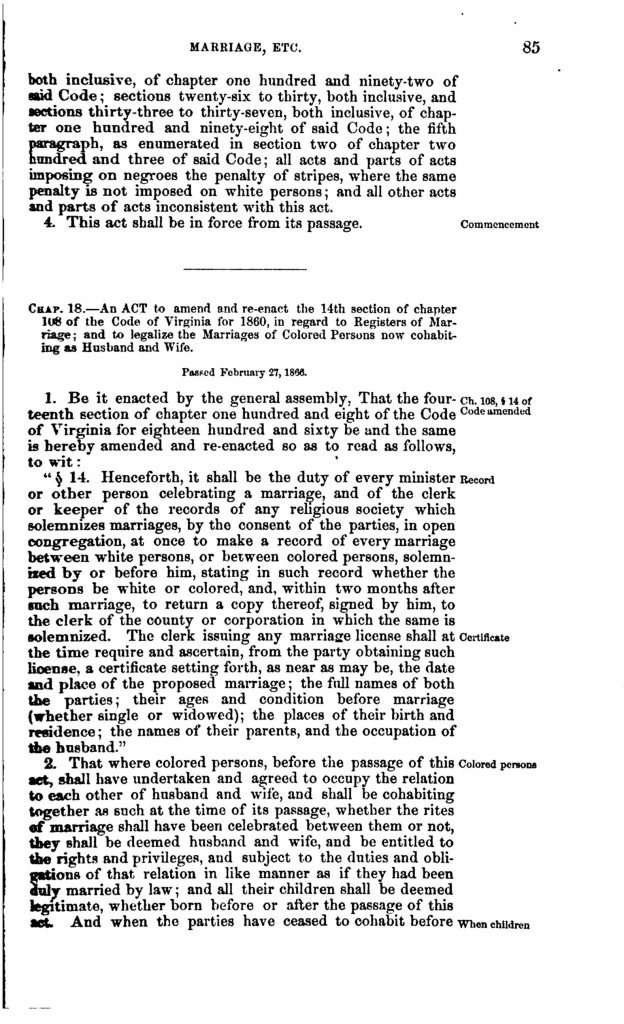 4. This act shall be in force from its passage.