In May and June of 1862, Union general George B. McClellan had threatened the Confederate capital at Richmond during the Peninsula Campaign. When the Confederate commander, Joseph E. Johnston, was wounded at the Battle of Seven Pines–Fair Oaks, Robert E. Lee took command of the Army of Northern Virginia and turned McClellan away during the Seven Days’ Battles. 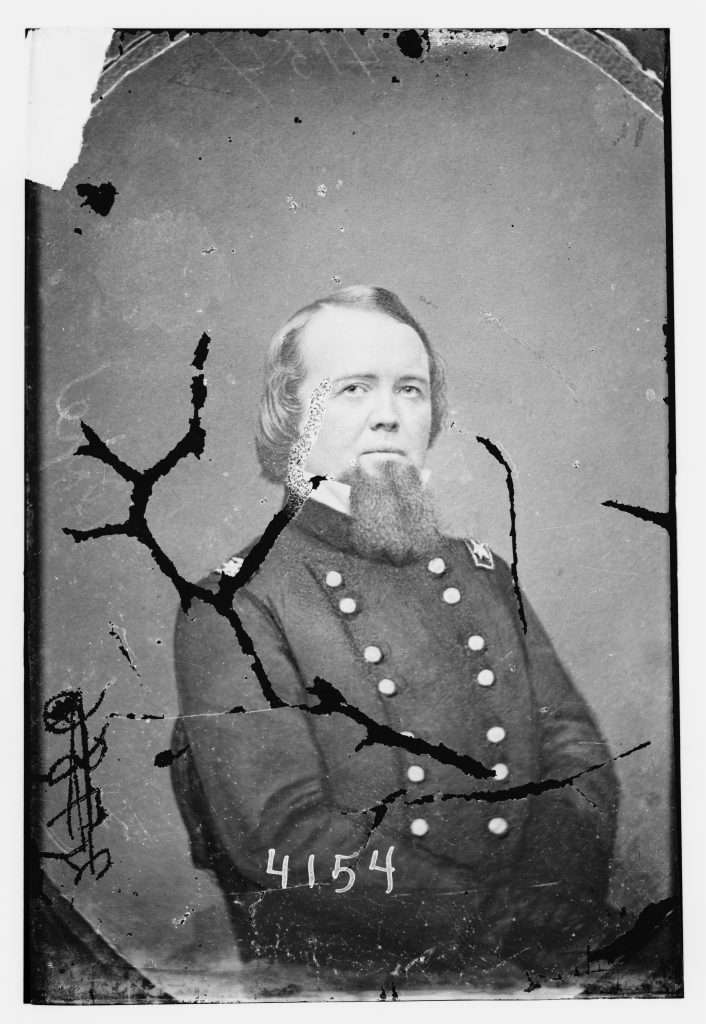 In response to the defeat, U.S. president Abraham Lincoln appointed John Pope, a brash officer who had fought well in the West, as commander of the new Army of Virginia. His initial orders were to march overland to the Peninsula and, in conjunction with McClellan, defeat the Confederates around Richmond; however, Union general-in-chief Henry W. Halleck instead ordered McClellan to withdraw from the Peninsula and move to reinforce Pope. While the Army of the Potomac sailed the Chesapeake Bay to northern Virginia, Pope’s men would have to hold their own against any Confederate advances.

Lee saw an opportunity to defeat the new army before McClellan arrived with reinforcements. He ordered Jackson, who had 24,000 troops near the rail hub at Gordonsville, to defend the town from Pope’s forces at Culpeper. When he learned that a single Union corps of 8,000 men under Nathaniel P. Banks was isolated at Cedar Run—about twenty miles north of his position and eight miles south of Culpeper—Jackson saw his chance. 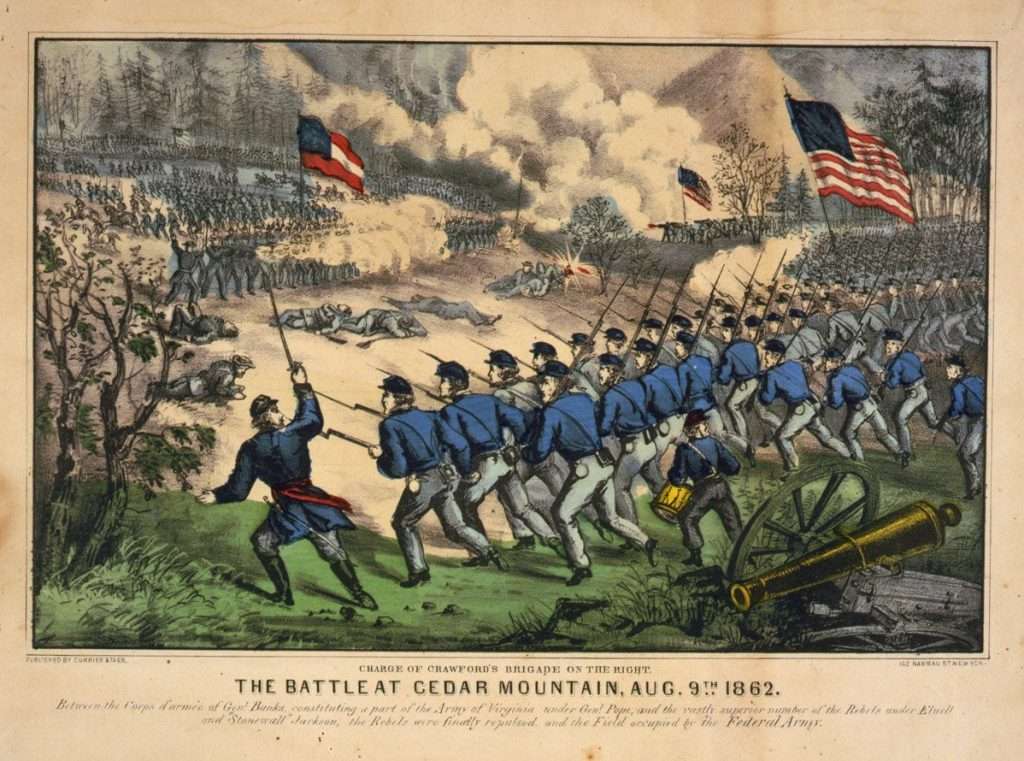 Beginning at about two o’clock on the afternoon of August 9, Confederate batteries, including some on Cedar Mountain, exchanged fire with Union artillery. Confederate infantry moved into formation to charge the Union guns and then suffered immensely while charging, while Union infantry also arrived in strength. Instead of retreating in the face of his old Shenandoah Valley nemesis, however, Banks decided to stand and fight. As the Confederates attacked, Confederate general Charles S. Winder of the Stonewall Brigade fell with a mortal wound. Union troops, meanwhile, pressed the Confederate center and right, but their advance petered out.

The moment of crisis came at six o’clock in the evening, when the brigade of Union general Samuel W. Crawford attacked the Confederate left flank and began to roll up the entire Confederate line. The fighting became so desperate that Jackson rushed in and attempted to rally the men himself, cutting a dramatic figure as he waved his sword in the air with one hand and a Confederate battle flag with the other. Crawford’s men withdrew under the pressure of the now-reinvigorated Confederate troops. Confederate general A. P. Hill’s division launched a counterattack, pushing Banks’s men back a bit as night fell. The following day the two sides separated slightly, but stood close enough for light skirmishing to occur throughout the day. The armies remained in place until August 11, when Jackson began to withdraw toward Orange. 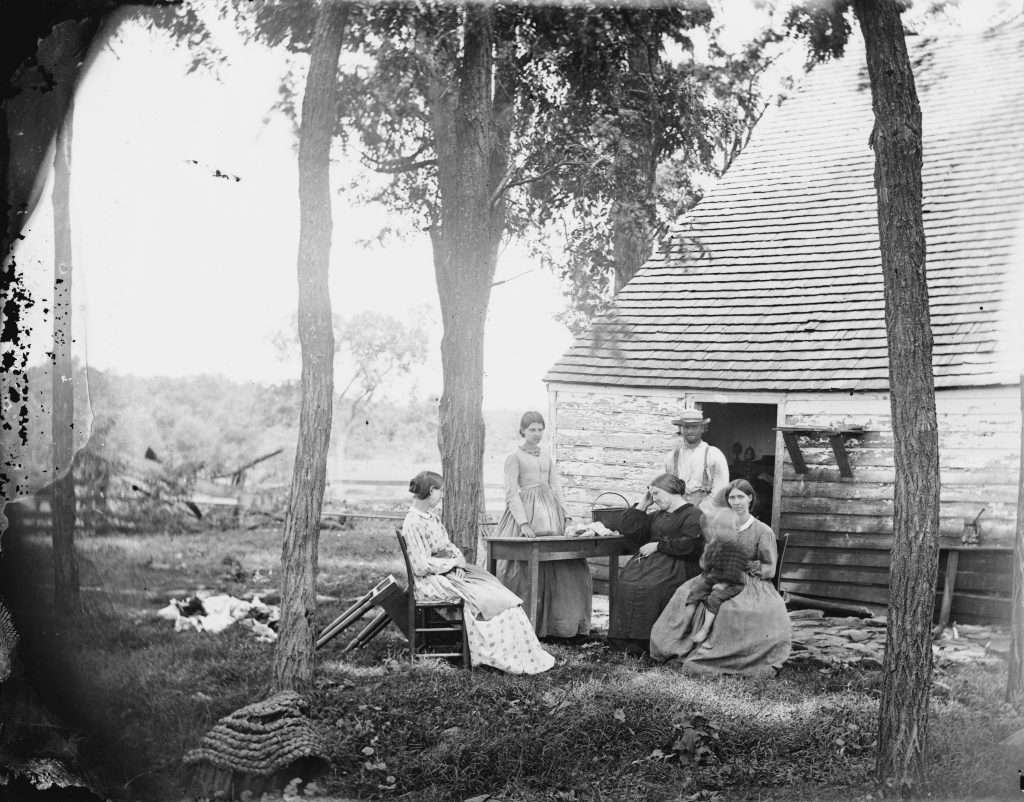 Both sides suffered terribly in the battle. Banks lost a third of his command, including 320 killed, 1,466 wounded, and 617 missing. Confederate casualties totaled 314 killed, 1,062 wounded, and 42 missing.

Lee quickly moved the second wing of his army northward to reunite with Jackson. He was now convinced that Union troops would strike at Richmond from the north, and no longer felt obliged to shield the city. Eager to strike a decisive blow at the Army of Virginia, Lee sent Jackson on a march around the Union flank, where he famously captured the supply depot at Manassas Junction. Jackson’s campaign culminated in a victory at the Second Battle of Manassas that ended the short life of the Army of Virginia. From there, Lee moved north into Maryland.

The Battle of Cedar Mountain, meanwhile, was the first indication that the war would move back to northern Virginia rather than remain along the York-James Peninsula. It also demonstrated Lee’s aggressiveness and his ability to make quick, and often successful, strategic decisions.