Sara Elizabeth Dougherty was born on July 21, 1898, in Flatwoods, near Coeburn, in Wise County, and was the daughter of William Sevier Dougherty, a sometime sawmill operator, and Elizabeth Kilgore Dougherty. When she was about three years old her mother died, and she and an elder sister went to live in the Copper Creek community, in Scott County, with their childless maternal aunt Melinda Kilgore Nickels and her husband, Milburn Nickels. She attended a local school.

Dougherty, nicknamed Jake as a child, became interested in music and from a neighbor learned to play the five-bar autoharp. By age twelve she had purchased her own eight-bar instrument from the Sears Roebuck catalog by selling greeting cards. According to family lore, in the spring of 1914 Dougherty was singing the train-wreck ballad “Engine 143” and accompanying herself on the autoharp when a salesman, A. P. Carter, heard her. A romance quickly blossomed, and the pair were married in Scott County on June 18, 1915. The Carters lived initially in a two-room cabin A. P. Carter built but by 1919 had moved to Maces Spring in Poor Valley. They had two daughters and one son.

For the next decade the duo performed at churches, picnics, singing conventions, and other informal gatherings. They sang their repertoire of ballads, love songs, gospel music, and comic ditties to the accompaniment of Sara Carter’s autoharp. This musical blend appealed to their neighbors, and the pair performed as often as their busy family schedule permitted. In 1926 they unsuccessfully auditioned for a scout from the Brunswick-Balke-Collender Company record label who proved unenthusiastic about a woman singing the lead part and who displayed more interest in A. P. Carter’s fiddling. 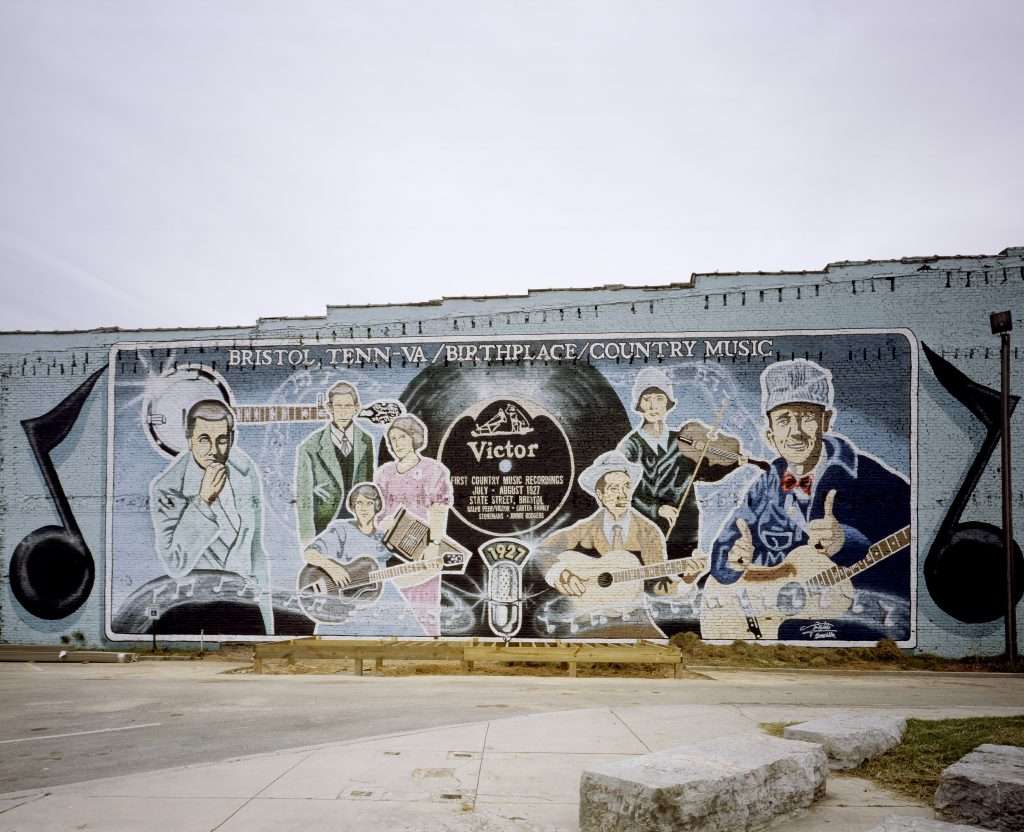 During the summer of 1927 the trio traveled to nearby Bristol, on the Virginia-Tennessee border, in response to a newspaper advertisement in order to audition for the Victor Talking Machine Company. They impressed the talent scout Ralph Sylvester Peer, and in Victor’s makeshift studios on August 1, 1927, they recorded “Bury Me under the Weeping Willow,” “Little Log Cabin by the Sea,” “Poor Orphan Child,” and “The Storms Are on the Ocean.” They returned the next day to lay down two more tracks, “Single Girl, Married Girl,” and “The Wandering Boy.” Thus began a recording career that lasted until 1941. Their nearly 300 songs for Victor (later RCA Victor Records), Decca, and the American Record Corporation included “Can the Circle Be Unbroken,” “I’m Thinking Tonight of My Blue Eyes,” “Wabash Cannonball,” “Will You Miss Me When I’m Gone,” “Wildwood Flower,” and their signature song, “Keep on the Sunny Side.”

“Poor Orphan Child”
The popularity of the Carter Family was immediate, and the trio’s priorities quickly shifted to include more performing and biannual trips to Victor’s recording studios in Camden, New Jersey, or to the other temporary studios that Victor set up in southern cities such as Atlanta, Louisville, and Memphis. As the group spent more time on the road, Carter’s innate discomfort on the stage grew worse. The strain on the Carters’ marriage increased along with their success, a situation worsened by A. P. Carter’s frequent absences on song-hunting expeditions between performances. By 1932 Carter had begun an affair with her husband’s first cousin, Coy W. Bays (later Bayes). Early in 1933 Carter and her husband officially separated, and she returned to Copper Creek, leaving her three children with her husband.

A. P. Carter and Sara Carter remained professional partners even after they divorced on October 15, 1936. The Carter Family, expanded to include one of their children as well as three of their nieces, began to focus on radio work. Between 1938 and 1942 they lived for several months each year in Texas and performed over ultrahigh-power Mexican border radio stations, which enabled them to reach hundreds of thousands of listeners throughout the United States and overseas. On February 20, 1939, Carter married Coy Bayes in Brackettville, Texas. Two years later, on October 14, 1941, the group had their final recording session in RCA Victor’s New York studio, and in March 1943, following a several-month engagement with radio station WBT in Charlotte, North Carolina, the three original members of the Carter Family finally split.

By 1942 Sara Bayes and her second husband had settled in Angels Camp, Calaveras County, California. Except for trips back to Virginia to visit her children (all of whom remained in Southwest Virginia), she lived in California for the rest of her life. She continued to perform occasionally. Between 1952 and 1956 she, A. P. Carter, and their children Janette Carter and Joe Carter, performing sometimes as the Carter Family and sometimes as the A. P. Carter Family, recorded nearly 100 sides for the Tennessee-based Acme Records label, a venture that proved musically successful but a commercial failure. In 1966, at the urging of Johnny Cash, Bayes reunited with Maybelle Carter for a Columbia Records album. (Cash later married Maybelle Carter’s daughter June Carter.) 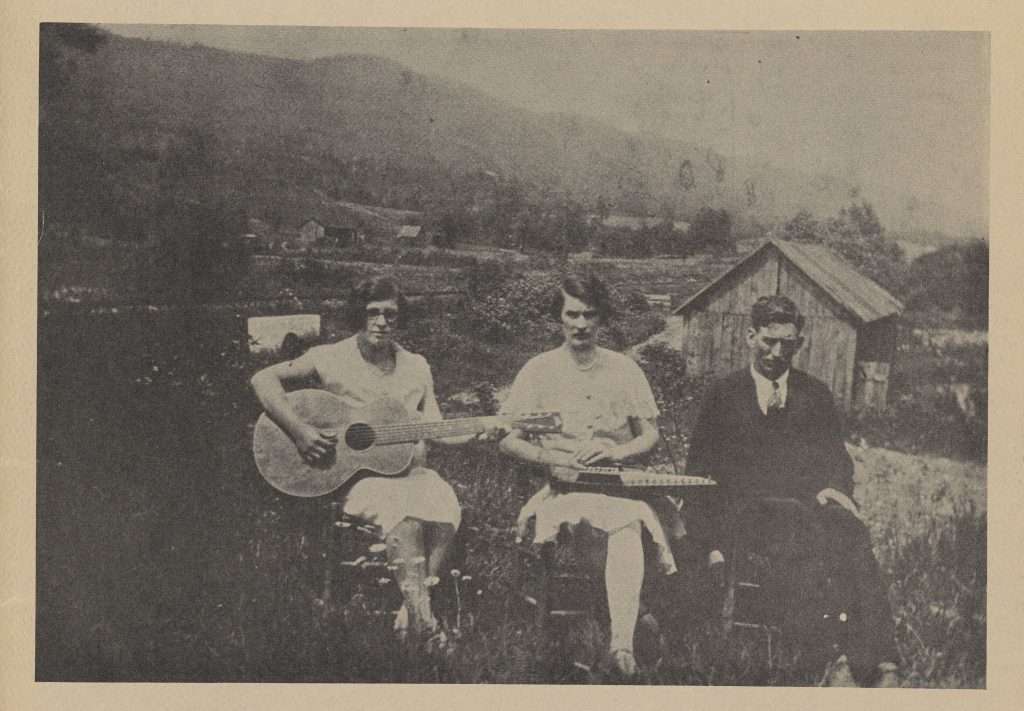 Interest in the Carter Family renewed following A. P. Carter’s death in 1960 and the folk revival that swept through popular music circles early in the 1960s. Although somewhat overshadowed by the role of her more famous cousin, Maybelle Carter, Sara Carter’s status as a pioneering figure in country music increased throughout the 1960s and 1970s. In 1970 the Country Music Hall of Fame in Nashville inducted the original Carter Family. The group’s 1935 Banner label recording of “Can the Circle Be Unbroken (Bye and Bye)” and 1928 RCA Victor recording of “Wildwood Flower” received Grammy Hall of Fame Awards from the National Academy of Recording Arts and Sciences in 1998 and 1999, respectively, as enduring works of historical significance.

Sara Carter Bayes died on January 8, 1979, in Lodi, California, and was buried in Mount Vernon United Methodist Church Cemetery in Maces Spring, two rows away from her first husband’s grave. In 1985 the Maces Spring home she had shared with A. P. Carter was placed on both the Virginia Landmarks Register and the National Register of Historic Places.