Carter was born on September 15, 1825, at Shirley, the Charles City County plantation of his parents, Hill Carter (1796–1875) and Mary Braxton Randolph Carter. In 1839 he and a younger brother enrolled in the first class to enter the new Episcopal High School in Alexandria. On March 30, 1842, at age sixteen, he joined the United States Navy as a midshipman and began a tour of duty that lasted six years. After initial assignment aboard the frigate Constitution, Carter sailed to the West Indies in August 1843 on the sloop of war Falmouth. During the Mexican War he served on the Savannah in the Pacific Squadron. Carter returned to Shirley in July 1848 and later that year entered the United States Naval School at Annapolis (in 1850 renamed the United States Naval Academy). In 1849 he graduated as a passed midshipman. 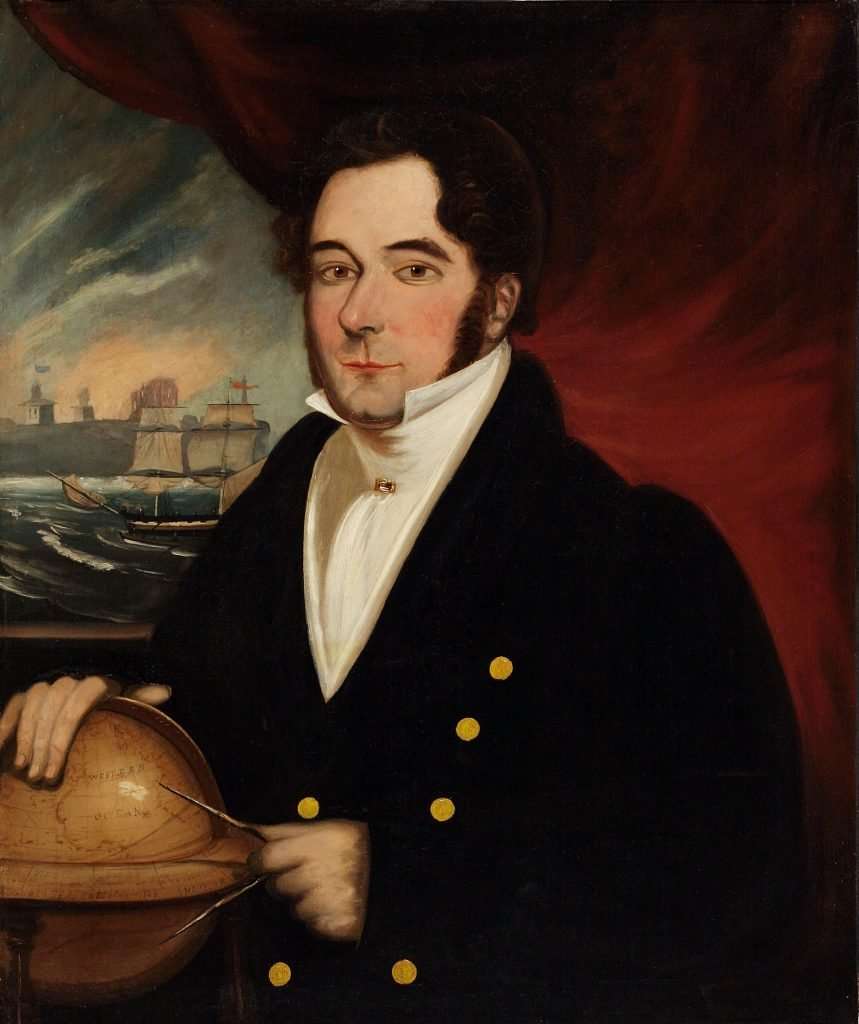 During the next decade Carter joined three naval expeditions of scientific exploration and surveying. In May 1850 he set sail as acting master aboard the brig Rescue, one of two ships that the New York merchant Henry Grinnell fitted out to assist the British search for Sir John Franklin, whose expedition to find the fabled Northwest Passage had not been heard from since July 1845. The navy took charge of Grinnell’s expedition and prepared for its first mission to the Arctic seas. The voyage lasted about eighteen months, during which time Carter kept a private journal that is the only full, daily account of the failed rescue attempt. He was candid in his assessment of the expedition and its leadership, and his drawings further documented his experiences. The diary appeared in print in 1998.

By the autumn of 1851 Carter was safely back in New York City. Following a brief courtship he married Louise Humphreys on January 6, 1852, in Annapolis. They had two daughters. After a year’s duty on the naval academy’s Preble, Carter served from 1853 to 1855 as junior lieutenant and navigator on the flagship Vincennes, whose expedition exploring and mapping the China Sea, the northern Pacific Ocean, and the Bering Strait was the navy’s hydrographic counterpart to Matthew Calbraith Perry’s diplomatic mission to Japan. Afterward Carter returned stateside and was stationed at the Norfolk Navy Yard for two years. In 1858 he began a two-year tour of service aboard the steamer Argentina on an exploration of La Plata River and its tributaries in South America.

Carter was in Washington, D.C., preparing reports on the expedition along La Plata when the Virginia convention met to discuss secession from the Union. He resigned from the United States Navy on April 2, 1861, and on June 10 joined the Confederate States Navy as a lieutenant and was assigned to the steam tender Teaser, an armed tug deployed at Jamestown Island on the James River. Ordered the next year to duty aboard the Richmond, he was promoted to first lieutenant on October 23, 1862, to rank from October 2 of that year. In April 1863 he sailed to Europe to aid Confederate agent James D. Bulloch in equipping ships and purchasing supplies and became a valued assistant. Later Carter commanded the blockade runner Coquette, operating between Bermuda, Nassau, and the Atlantic ports. At Bulloch’s request, Carter was ordered back to England and arrived in Liverpool on September 28, 1864. He was assigned to the French-built ironclad Stonewall outfitted in Copenhagen, but the Civil War ended before he arrived in United States waters. The Stonewall surrendered to Cuban authorities, and Carter returned to England, where he obtained a British master’s certificate and joined the British mercantile marine.

At the urging of his father, Carter returned to Virginia and received a presidential pardon on August 22, 1866. He assumed management of Shirley plantation and over the next two decades became a prosperous farmer. Carter was treasurer of Westover Episcopal Church and in 1884 represented the Virginia State Agricultural Society at the World’s Industrial and Cotton Centennial Exposition in New Orleans. In his later years he compiled a family genealogy, published posthumously in 1951 as The Carter Tree. In December 1887 Robert Randolph Carter fell from a granary loft and never recovered from his injuries. He died on March 8, 1888 and was buried at Shirley.