Born November 13, 1864, into a well-known and affluent family in Salisbury, Maryland, James Cannon Jr. grew up under the strong Southern Methodist thumb of his father, James Cannon Sr., and mother, Lydia Robertson Primrose Cannon. After graduating from a local high school he enrolled at Randolph-Macon College in Ashland with dreams of entering the legal profession. In 1882 while a young student at Randolph-Macon, Cannon had an intense conversion experience at a college revival that forever changed his mind about secular pursuits. 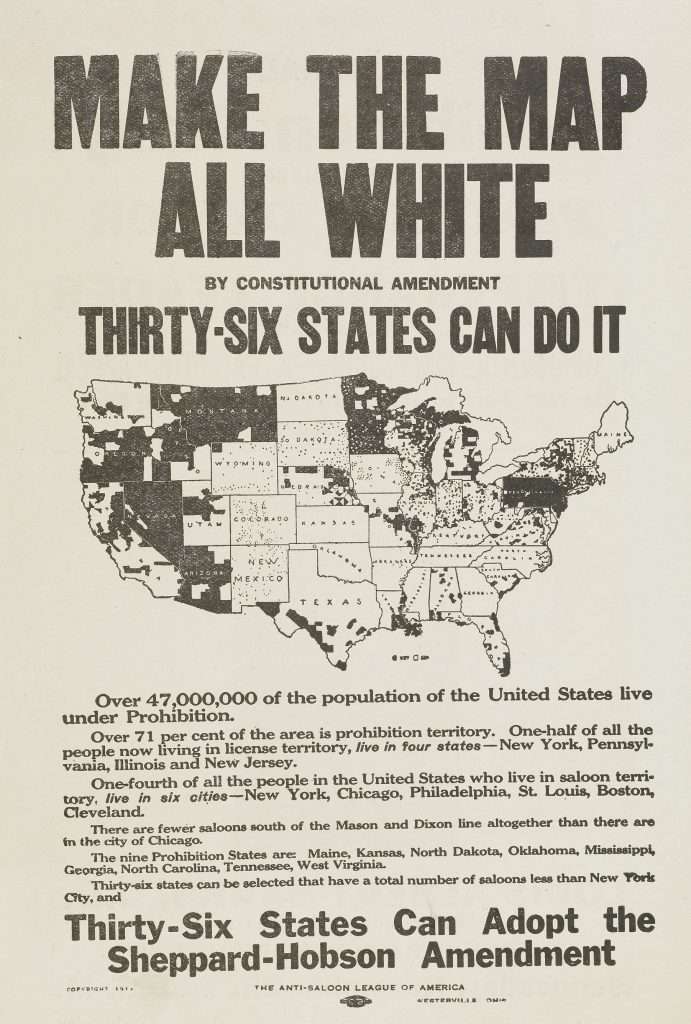 Make the Map All White

After graduating from Randolph-Macon in 1884, Cannon attended the Princeton Theological Seminary where he received his BD in 1888. That same year, he married Lura Virginia Bennett, the daughter of William Bennett, Randolph-Macon’s president, and together they had two daughters and six sons (one of whom died at an early age). After admission to the Virginia Conference of the Methodist Episcopal Church South, Cannon became pastor to the first of several Virginia Methodist congregations. He quickly tackled more prominent roles in Methodist education and journalism. In 1894 he became principal of the Blackstone Female Institute (later Blackstone College for Girls) where he infused Christian education into all aspects of the school’s curriculum. From 1893 to 1903 he was editor of the Southern Methodist Recorder and from 1904 to 1918 was editor of the Virginia Conference’s newspaper, the Baltimore and Richmond Christian Advocate. In these capacities, Cannon promoted aggressive ideas of Christian reform and emerged as a dynamic leader of a notable Methodist cause: Prohibition.

In 1901 Cannon became a founding member of the Virginia Anti-Saloon League. By 1903, he was sitting on the league’s Executive Committee, was named president the next year, and in 1909 became league superintendent. Whatever his office, Cannon was the driving force of the Virginia league. In his push for a dry Virginia, Cannon combined a talent for tart journalism and unyielding lobbying pressure with skill as a legislative draftsman and a willingness to make practical political compromises. He formed working relationships with political insiders such as William Hodges Mann and Richard E. Byrd, both of whom drafted bills with Cannon that dried up alcohol sales in rural Virginia by 1908. Cannon realized that without the support of United States senator Thomas Staples Martin, head of the conservative political ring that dominated Virginia’s Democratic Party, state Prohibition would not be achieved. Courageously or cynically, depending on the observer, Cannon abandoned the progressive wing of the party and entered into an expedient alliance with the Martin machine in 1909. Although Cannon developed genuine respect and affection for Martin, reformers denounced the bishop as an unethical opportunist. 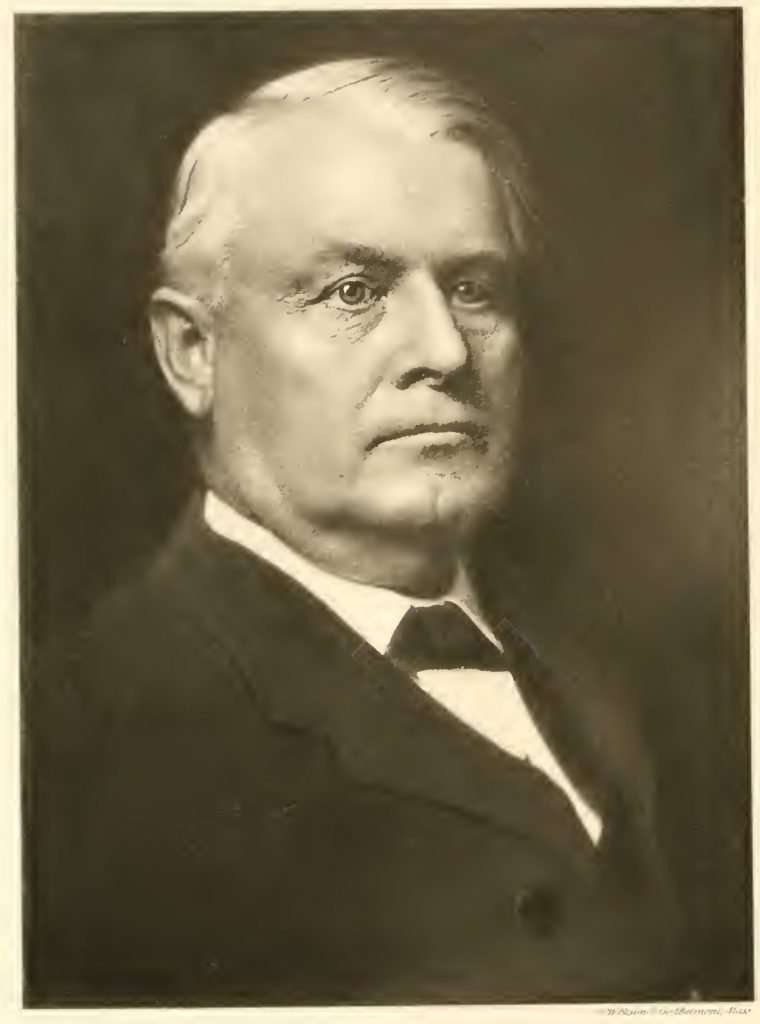 Two prominent dry Virginia Democrats, John Garland Pollard and Congressman (later Senator) Carter Glass, were particularly embittered after Cannon undercut their gubernatorial ambitions. Both men remained powerful enemies of the bishop. Cannon, however, pushed ahead. With his own savings, he founded a daily newspaper, the Richmond Virginian, to lobby for an enabling act to allow a state referendum on Prohibition. When Martin’s organization balked, Cannon pressured them by threatening to support the progressive opposition. In 1914, the enabling act passed and, after an energetic campaign by Cannon and the league, voters endorsed Prohibition by a 30,000 majority. Cannon and state senator Walter Mapp thereupon drafted the 1916 state Prohibition law. During this period, Cannon often stationed himself on the floor of the General Assembly, sometimes occupying the Speaker’s chair. Supporters praised him, but critics called Cannon a dictator.

Following the U.S. presidential election of Woodrow Wilson in 1912, Cannon also played a powerful role in the national Anti-Saloon League. Cannon was the most influential Democrat among top league officials and he acted as the league’s main legislative lobbyist during Wilson’s two terms. Cannon used his access to Martin and the Virginia organization’s congressional delegation to advance Prohibition initiatives that culminated in the passage of the Eighteenth Amendment in 1917 and the onset of national Prohibition in 1920. After Republicans returned to power in 1921, Cannon worked to prevent the league’s powerful counsel and legislative superintendent, Wayne B. Wheeler, from aligning the league with the GOP. Cannon spent much of the 1920s overseas on Methodist missions and in service to the international branch of the Anti-Saloon League, the World League Against Alcoholism.

Breaking with the Party 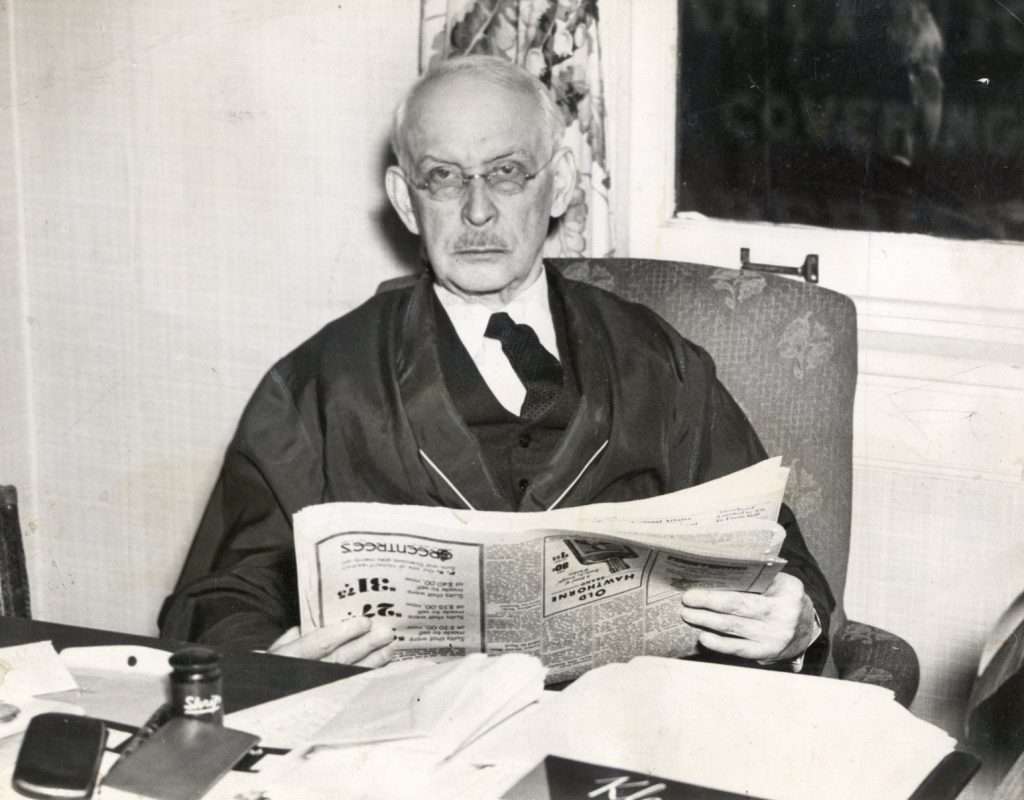 The rise of New Yorker Al Smith as a Democratic presidential candidate challenged Cannon’s Democratic loyalty and provoked what many considered intolerant behavior from the bishop. In 1924, Cannon opposed Smith’s unsuccessful nomination bid and criticized Smith’s wet, immigrant, Catholic supporters from “the sidewalks of New York.” A fervent Protestant and nativist, Cannon broke with the Democratic Party when it nominated Smith for president in 1928 and the candidate announced his support for “fundamental changes” in the Prohibition laws. Cannon organized a conference of Protestant dry southern Democrats in Asheville, North Carolina, to mount a movement of anti-Smith Democrats and led the rebellion against the Democratic nominee. Although Cannon rejected charges that anti-Catholic bigotry motivated his opposition to Smith, which he attributed to Smith’s wet stance, late in the campaign Cannon published an inflammatory pamphlet entitled Is Southern Protestantism More Intolerant Than Romanism? Smith blamed religious prejudice for his defeat.

Beginning in 1929, Cannon’s position as a moral leader was undercut by a series of personal scandals. Carter Glass promoted charges that Cannon had gambled in the stock market and hoarded flour during World War I (1914–1918). Wet political enemies claimed that Cannon had misappropriated Anti-Saloon League campaign funds. In addition, reporters sensationally charged that as his wife lay dying in 1928 Cannon had engaged in an adulterous affair with Helen Hawley McCallum (whom he married in 1930). Cannon survived congressional hearings and church investigations, but his reputation and the dry cause for which he stood were forever compromised. Assigned to distant California for the final years of his bishopric, Cannon retired in 1938 to Richmond, where he drafted an uncompleted autobiography. He died in 1944 and was buried at Richmond’s Hollywood Cemetery.