Leslie Larkin Byrne was born on October 27, 1946, in Salt Lake City, Utah, to Stephen Beck, a smelter at a Salt Lake City copper company, and Shirley Beck, an office manager. Byrne’s great-grandfather had moved to Salt Lake City from Scotland, taking advantage of the offer of free passage that the Church of Latter-Day Saints made to immigrants who were willing to join the church. By the time Byrne was a child, however, most members of the Byrne family had left the church. Byrne once commented that she was disturbed by the secondary role that the Church of Latter-Day Saints assigned to Mormon women late in the 1950s. Women were expected to do little more than care for their children, preserve food, and attend church-sponsored women’s Relief Society meetings. Byrne thought that women should have the same opportunities as men to get an education and pursue careers. She enrolled at the University of Utah, majoring in psychology and drama, and eventually married Larry Byrne, a classmate she met at a fraternity party. After her sophomore year, she dropped out of school to work at a rental store to help pay for her husband’s tuition.

The Byrnes and their two children, son Jason and daughter Alexis, moved to Falls Church, Virginia, in 1971. While her husband took a series of jobs in the federal government, Byrne became involved in politics through community activism, joining the League of Women Voters of the Fairfax area. According to Eric Lipton, writing a 1994 profile of Byrne in the Washington Post, Byrne, as president of the league, “steered the traditionally low-key group into a series of high-profile battles, including successful opposition to planned development in the environmentally sensitive Occoquan watershed in southwestern Fairfax.” She also worked with the Metropolitan Housing Authority and served as chair of the now-defunct Fairfax County Commission on Fair Campaign Practices. Byrne also co-founded Quintech Associates, a human resources consulting firm to the high-tech community, serving as the firm’s president until her election to Congress in 1992.

In 1985 Byrne defeated two-term Republican incumbent Gwen Cody to win election to the House of Delegates as a Democrat from the Thirty-Eighth District. Byrne became one of the first non-lawyers appointed to the Courts of Justice Committee and held a position on the Finance Committee. She developed a reputation as abrasive in a state known for gentility among female politicians. Admirers called her fearless, but critics suggested that her rough-and-tumble tactics undermined her effectiveness. As a state legislator, Byrne did not focus on so-called women’s issues, viewing all issues as important to women. She argued, however, that women have a different perspective than men with respect to issues and how they affect people’s lives. Her most significant victory came during her second term when she successfully pushed through legislation mandating covers on debris-carrying trucks. She served until 1992. 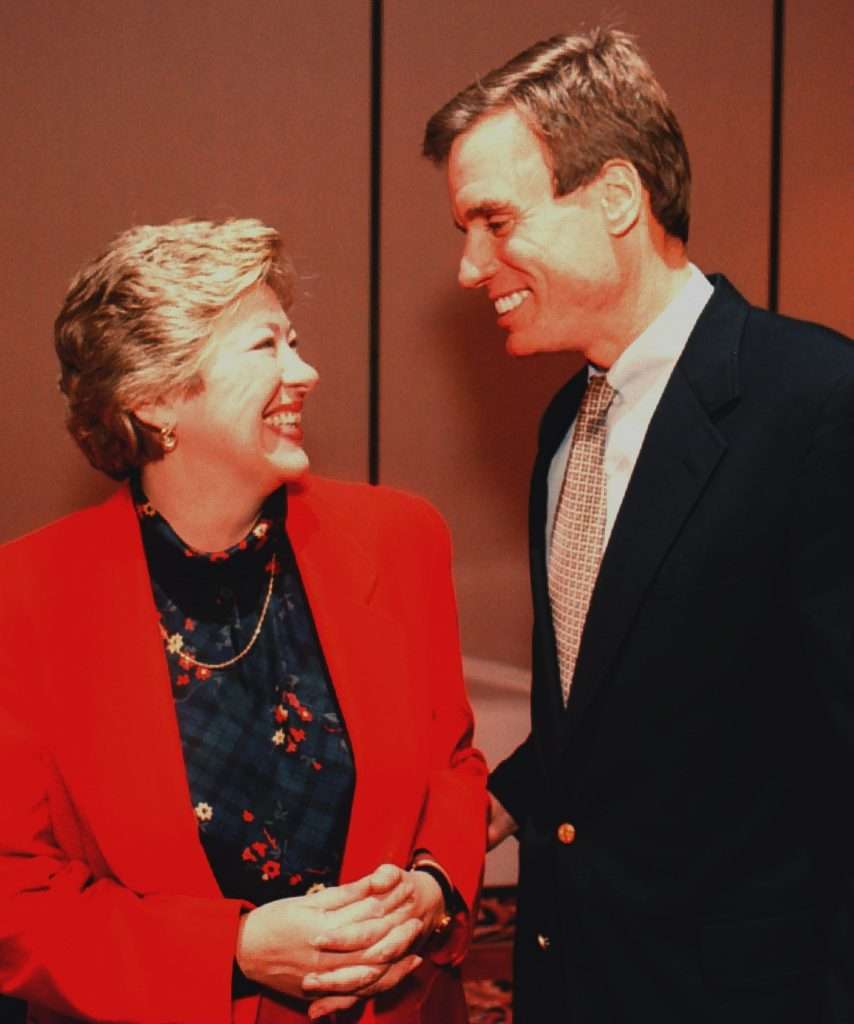 Byrne became the first woman elected to the U.S. Congress from Virginia in 1992 when she beat Republican Henry N. Butler for the seat in the new Eleventh Congressional District. The campaign was often bitter and focused largely on personal attacks. While Byrne rarely mentioned her sex while campaigning, political observers attributed her victory to a belief among voters that a woman was more likely than a man to make needed changes in Congress. Byrne raised almost $800,000 for the campaign, with about $80,000 collected on her behalf by Emily’s List, a political network dedicated to electing Democratic women who support abortion rights. Byrne entered the final weeks of the campaign with more money than any other candidate running for an open congressional seat.

Byrne, again criticized for her abrasiveness, had a stormy tenure in Congress. She served on the Public Works and Transportation Committee; its Subcommittees on Surface Transportation and Water Resources and Investigations and Oversights; and the Post Office and Civil Service Committee. She unsuccessfully pushed legislation to make members of Congress live by any health care plan that they imposed on the public. As reported by Eric Lipton in the Washington Post, Byrne also “supported expansions in social programs such as childhood immunizations and Head Start, arguing that by paying for vaccines and early childhood education, the government will avoid more expensive problems in the future.” She advocated spending cuts on such items as a new logo for the U.S. Postal Service. When Clinton’s deficit-reduction bill ran into difficulties, Byrne initiated an effort to punish fellow Democrats who did not support it by removing them from their posts as subcommittee chairs. She lost her bid for re-election to Republican Thomas M. Davis III in 1994.

During the next decade, Byrne remained in the political arena and made numerous runs for political office. Byrne served for two years in the Clinton administration as White House Director of Consumer Affairs. She ran unsuccessfully for the Democratic nomination for the U.S. Senate in 1996 against Mark R. Warner. In the campaign, Byrne attacked polluters, corporate welfare, and the Republican Congress while touting her experience as a state and federal legislator. She proved to be an especially articulate campaigner, giving detailed and nuanced answers that cited her legislative record instead of making general promises. A self-proclaimed economic populist with strong union support, Byrne denounced the policy of corporate downsizing, wage stagnation, the economic policies promoted by the Federal Reserve Bank, and the North American Free Trade Agreement (NAFTA). Byrne recommended raising the minimum wage, expanding childhood immunization programs, and eliminating tax breaks for companies that lay off workers to make gains in the stock market.

State Senate and Beyond 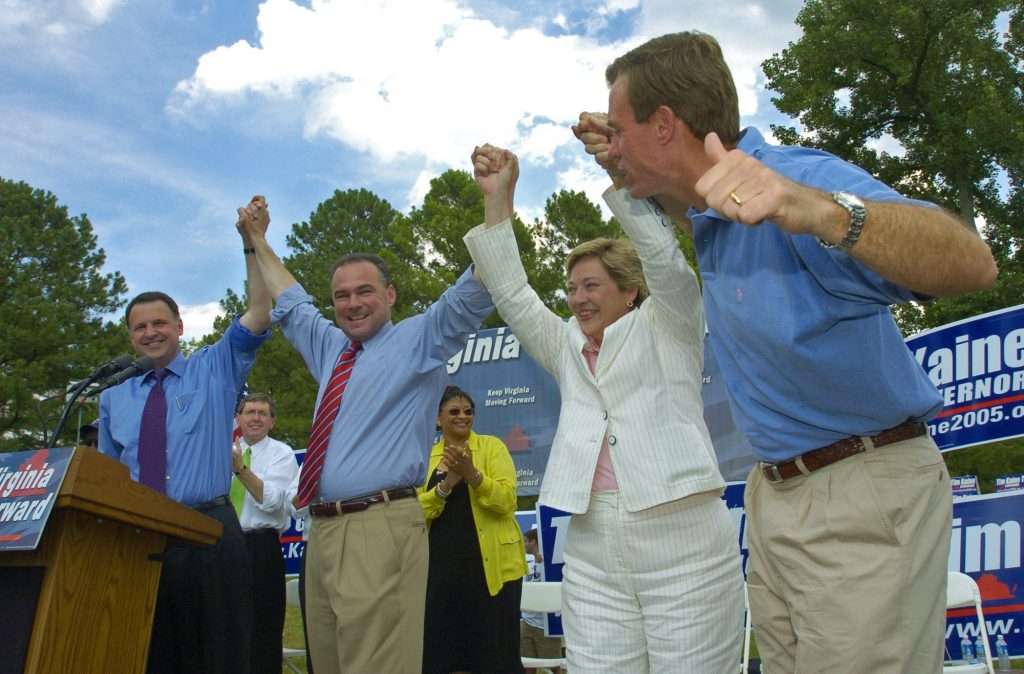 Byrne won election to the Senate of Virginia in 1999 to represent the Thirty-Fourth District, which includes the City of Fairfax and part of Fairfax County. She sponsored legislation addressing gun safety, consumer rights, transportation safety, and protection of the elderly. She declined to run for re-election in 2003 when redistricting by the Republican-controlled General Assembly put her in the territory of fellow Democrat Mary Margaret Whipple. Byrne said that the move was an attempt to get her out of politics. Instead, she accepted the position of vice chairman in the Virginia campaign of Democratic presidential candidate Howard Dean.

In 2005, Byrne narrowly lost her bid for lieutenant governor of Virginia. She supported abortion rights and gay rights while opposing Virginia’s right-to-work law, which prohibits mandatory participation in unions. She advocated cheaper health insurance for small businesses, more freight capacity on railroads to take truck traffic off the highways, and more resources for vocational education in high schools. In 2008, Byrne mounted a bid to re-take her seat in the Eleventh Congressional District. Byrne has criticized the war in Iraq as well as how members of U.S. president George W. Bush’s administration interpreted the Constitution.