Origins of the Organization

The birth date of the Byrd Organization might be gauged at January 31, 1922, when Byrd, a Winchester businessman and state senator, was first elected chairman of the central committee of Virginia’s Democratic Party. He raised money and directed the campaign to elect a Democrat to represent the Ninth Congressional District in southwestern Virginia, ending the Republican Party‘s domination of the only region of the state that the Democrats did not already effectively control. Later that year he led a successful campaign to defeat a referendum to finance construction of a modern state highway system through revenue bonds, committing the state to a low-cost “pay-as-you-go” philosophy.

Three years later Byrd was elected governor. During his four years in office, from 1926 to 1930, he reorganized the state government and forced through constitutional amendments that, among other things, reduced the number of elected state officials and gave the governor increased control over the bureaucracy. By the time his term as governor had ended, Byrd was acknowledged as the most influential Democrat in Virginia, and his conservative faction of the party was commonly referred to as the Byrd Organization.

Of course, it helped Byrd that Virginia’s Democratic Party was already a formidable organization and had been since the 1880s, when Congressman (and later U.S. senator) John Strode Barbour (1820–1892), an attorney and former railroad president, led the Democrats to victory over Republicans and Readjusters. (The latter was a political coalition of conservative Democrats, Republicans, and African Americans that promoted debt-reduction and public schools.) Barbour and his successors in the U.S. Senate—railroad attorney Thomas Staples Martin (1847–1919) followed by former governor Claude Augustus Swanson (1862–1939)—effectively organized support and consolidated power around a few major issues. They were generally sympathetic toward business interests and advocated limited state government and state services, although Swanson was somewhat more progressive. They were unsympathetic toward African American civil rights and voting rights in general, however.

Broadsides Concerning the Constitutional Convention of 1901–1902

The Constitution of 1902 virtually eliminated African Americans from the franchise and public life and reduced the number of white men who could vote by nearly 50 percent. In order to register to vote, a man had to prove that he had paid a poll tax of $1.50 for three successive years, that he could make unaided application for registration in his own handwriting, and that he could answer to the satisfaction of the voter registrar any questions about the state constitution that might be asked. In addition, when approached by Republicans, unsympathetic Democrats, or African Americans, election officials often placed obstacles in the way of voter registration. Through control of the registration process, skillful campaign management, and some adroit flexibility, the leaders fashioned a formidable political machine that was almost forty years old when Byrd became party chairman.

How the Organization Worked 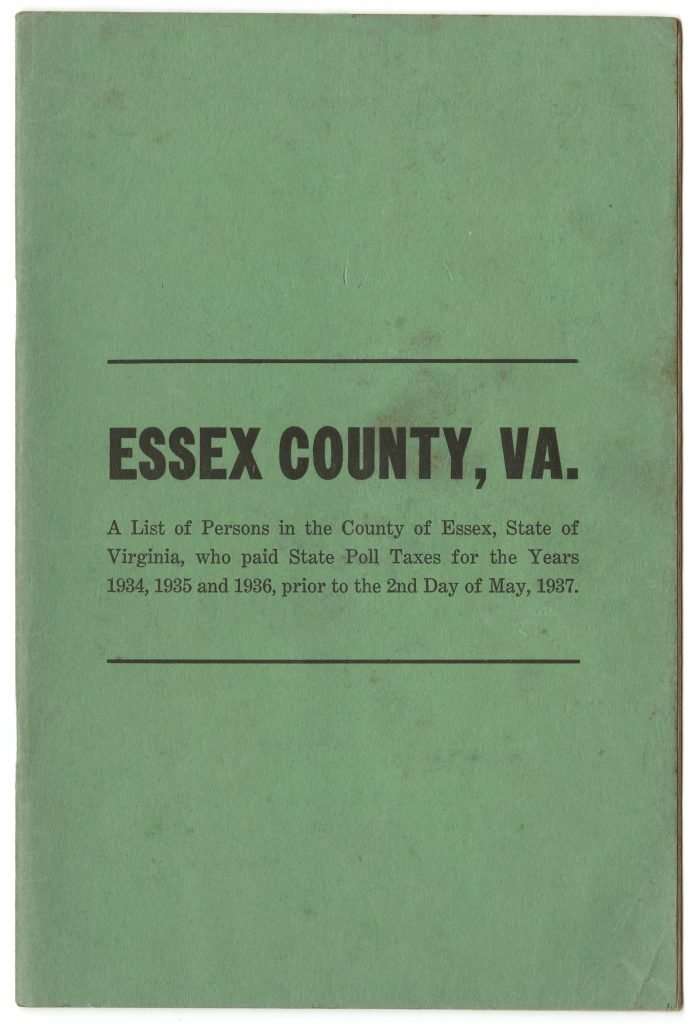 County Poll Tax List
The mainspring of the party apparatus was the small group of elected officials in each county and city, called courthouse rings, who held the key local government offices and ran local party affairs. They usually included the election officials, clerks of court, sheriffs, and judges, the last appointed by the Democratic majority in the General Assembly. The Democratic Party raised money to make certain that the poll taxes of reliable Democrats were paid, that those Democrats were registered to vote, and that they had assistance with voting if necessary. During the 1920s and early in the 1930s the party sometimes required political officeholders and other public employees to contribute money to the party for campaign purposes, and on several occasions party officials recruited former residents of Virginia in the neighboring counties of Kentucky and West Virginia to vote as if still residing in Virginia. The machine thrived not so much on this kind of petty corruption, however, as on the more systemic and profound corruption of a constricted electorate and the imposed fee system. 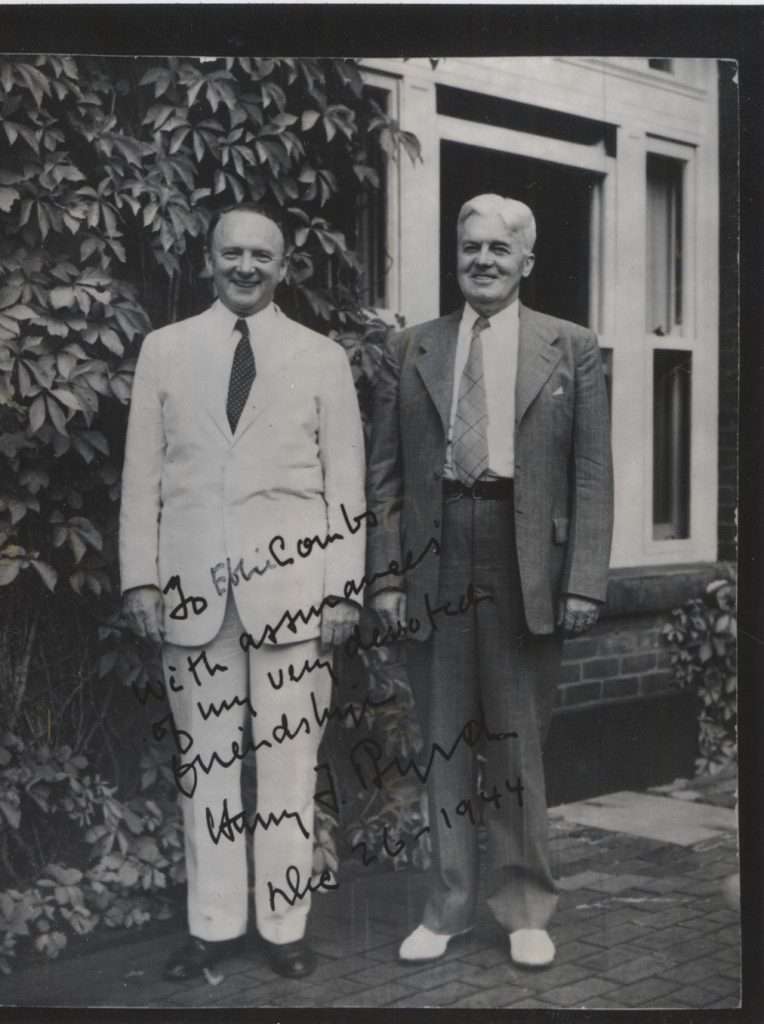 The most influential of the organization’s leaders, aside from Byrd, was Everett Randolph Combs, from Russell County, who worked closely with Byrd as state comptroller in the 1920s and 1930s, chairman of the State Compensation Board later in the 1930s and again though much of the 1940s, and clerk of the Senate of Virginia from 1940 to 1952. The Compensation Board, a relic of the colonial period when local officials had received set fees in lieu of a salary, was generally regarded as an engine to enforce loyalty among the courthouse rings, and Combs, until his retirement at the end of the 1940s, was Byrd’s closest advisor.

In his classic 1949 study, Southern Politics in State and Nation, V. O. Key characterized the organization as an oligarchy in which power was maintained by a remarkably small portion of the electorate. Fewer people voted in Virginia than in any other southern state, with only 10 or 12 percent of adults casting votes during the heyday of the Byrd Organization. This meant that the organization needed the support of only 5 to 7 percent of the voting-age population to control party nominations, which nearly guaranteed election in most districts in most elections. “By contrast,” Key memorably wrote, “Mississippi is a hotbed of democracy.”

Calling themselves an organization rather than a faction or a machine, the party’s leaders portrayed themselves as like-minded men united for conservative good government. Men who supported the organization’s leaders and demonstrated talent could move up through the ranks into the General Assembly or a seat in Congress, or become governor or U.S. senator. Byrd himself often indicated which aspiring candidates for top offices had his approval, a process that the press called the “nod.” A core of disappointed Democrats as well as politicians committed to reform agendas or otherwise less committed to Byrd-style conservatism formed a persistent anti-Byrd opposition know as the “antis.” 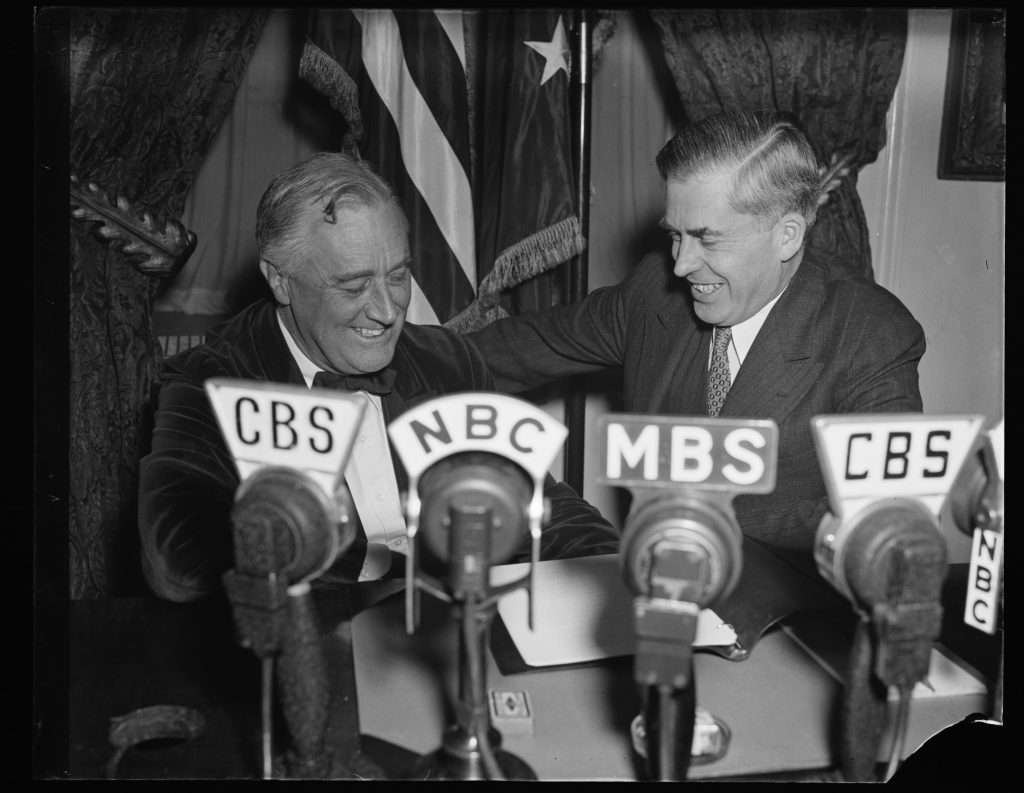 Byrd and the generation of party leaders who came to power with him in the 1920s were pro-business, anti-union Democrats who believed firmly in white supremacy. Because of their relatively firm control over the party and the state, they used race as a political issue less than some other Democrats in the South. Still, as a U.S. senator from 1933 until 1965, Byrd, along with his organization supporters, set himself up as an “anti” of another sort. He opposed the New Deal of Franklin D. Roosevelt, the Fair Deal of Harry S. Truman, the New Frontier of John F. Kennedy, and the Great Society of Lyndon B. Johnson. Of all the southern states, Virginia sent very few New Dealers to Congress. Only John W. Flannagan, of the Ninth District, repeatedly won reelection.

James Hubert Price in 1937 was the only Democrat to win the party’s gubernatorial nomination over Byrd’s objection. Price had supported Byrd’s administration as a member of the General Assembly and served two terms as lieutenant governor, and he loyally stood aside in 1933 to allow Byrd’s Ninth District ally George Campbell Peery to become governor. A popular man, Price had earned the nomination by following the rules, even though Byrd was skeptical of Price’s conservatism. As governor, Price and a few members of the assembly who were sympathetic toward the New Deal made a half-hearted but unsuccessful attempt to wrest federal patronage away from Byrd and to break Byrd’s control of the state’s bureaucracy. Fractures within the Byrd Organization became increasingly evident during the 1940s, when the state’s poor voter registration and participation statistics became an embarrassment, and some leaders, including Governor Colgate Whitehead Darden Jr., supported an unsuccessful attempt to repeal the poll tax. Anti-Byrd leaders challenged Byrd’s favored candidates for governor in 1949 and 1953 and the senator himself when he ran for his party’s nomination in 1946 and 1952.

The ultimate challenge to the Byrd Organization’s authority came not from a fellow Virginian, however, but from the Supreme Court of the United States. The landmark 1954 decision Brown v. Board of Education of Topeka, Kansas, declared that mandatory racial segregation in public schools was unconstitutional, a ruling that the organization saw as a major federal intrusion into the state’s affairs. By way of response, Byrd and his followers developed a strategy of “massive resistance” to school desegregation and seized on the opportunity to revive loyalty to the organization. 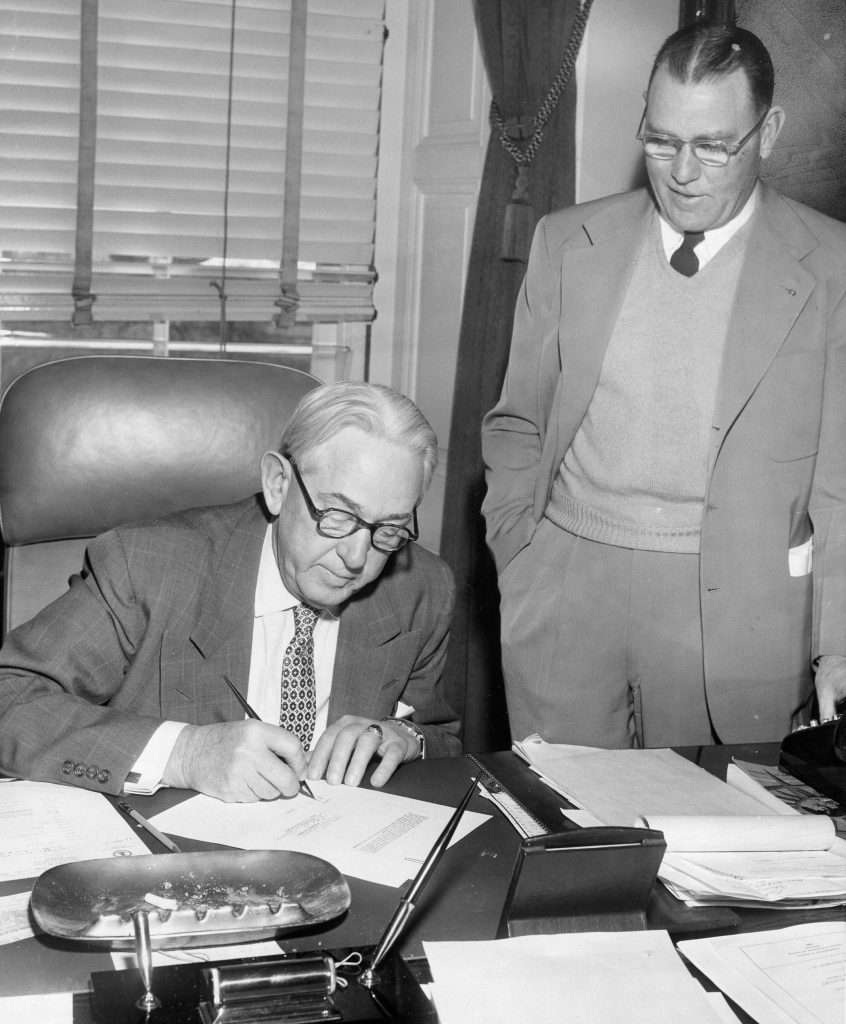 The General Assembly passed bills to harass the National Association for the Advancement of Colored People (NAACP) and terminate the right of Arlington County voters to elect their own school board after it voted to abide by the court’s decision. (At the time, Arlington had the only elected school board in the state.) The assembly also decreed that any public school that desegregated was to be closed. In the autumn of 1958, Governor J. Lindsay Almond Jr. closed schools in Charlottesville, Front Royal, and Norfolk and threatened to close others if they desegregated. The following January, the Virginia Supreme Court of Appeals and a United States District Court simultaneously ruled that the state’s Massive Resistance laws were unconstitutional.

Those court decisions and the Byrd Organization’s evident willingness to sacrifice the state’s public school system over desegregation weakened its internal unity and undermined public support for the party’s leadership. By the time of Byrd’s death less than a decade later, the organization was already history, although many of its leaders remained in public office for years to come. They continued to offer sometimes strenuous resistance to proposals for significant change in state government as well as any enlargement of the public-services sector. This “anti” legacy survived even if the organization’s apparatus did not.

RELATED CONTENT
Categories:
Related SOLs:
MAP
TIMELINE
January 31, 1922
Harry F. Byrd, a businessman and state senator, is first elected chairman of Virginia's Democratic Party, effectively beginning what is now known as the Byrd Organization.
1926
The Byrd Organization strengthens when Harry F. Byrd becomes governor. During his four-year term, he reorganizes state government and becomes the most powerful Democrat in Virginia.
1937
James H. Price becomes the only Democrat to win the gubernatorial nomination over Harry F. Byrd's objection.
1949
In his Southern Politics in State and Nation, V. O. Key characterizes the Byrd Organization as an oligarchy in which power is maintained by a very small portion of the population.
1954
The United States Supreme Court's ruling in Brown v. Board of Education of Topeka, Kansas poses a challenge to the Byrd Organization, which supports segregation in public schools.
September 15—27, 1958
Governor J. Lindsay Almond Jr. closes schools in Charlottesville, Front Royal, and Norfolk, and threatens to close others if they attempt to desegregate.
May 1959
The Virginia Supreme Court of Appeals as well as the U.S. District Court rule that the Massive Resistance policies, aimed at preventing desegregation, are unconstitutional.
FURTHER READING
CITE THIS ENTRY