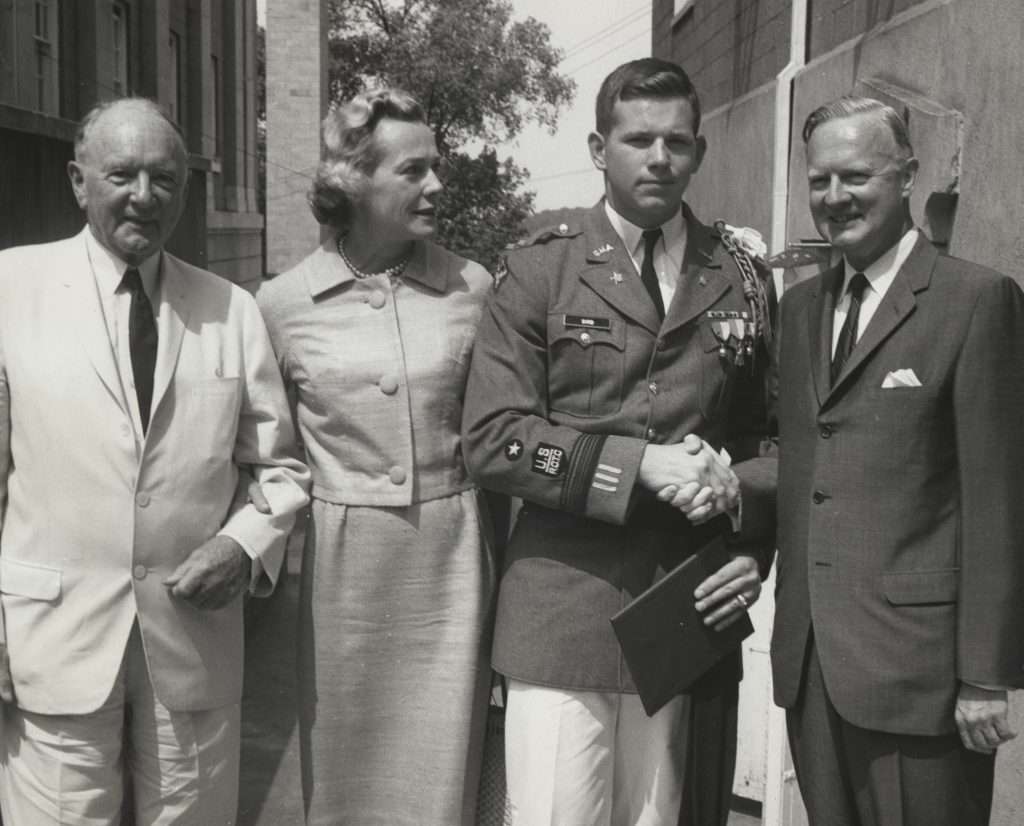 Harry Flood Byrd Jr. was born in Winchester, one of four children of Harry F. Byrd Sr. (1887–1966) and Anne Douglas Beverley Byrd. Harry Jr. attended Virginia Military Institute and the University of Virginia. During World War II he attained the rank of lieutenant commander in the United States Navy Reserve. In 1941 he married Gretchen Thomson, who died in 1989. The marriage produced two sons, Harry F. III and Thomas T., and one daughter, Beverley.

Byrd and his father shared a passion for journalism and politics, the basis of a close bond between them. As editor and publisher of the family newspapers and as a member of the state senate, he was a conservative Democrat like his father and a loyal member of the Byrd Organization. His principal accomplishment while serving in the General Assembly was the Byrd Tax Credit Act of 1950, a controversial measure that called for an automatic refund to taxpayers if the state’s revenues surpassed budget estimates by a certain percentage. Byrd publicly supported Virginia’s program of Massive Resistance to public school desegregation with which his father was closely associated; he privately thought the legislation unwise, however. 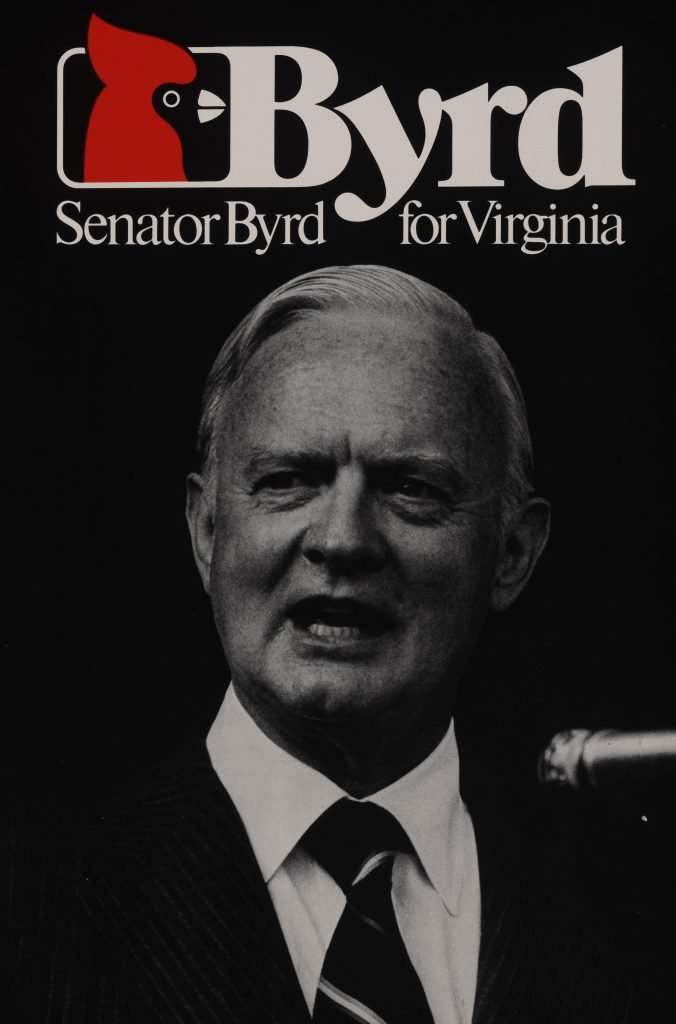 In 1965 Virginia governor Albertis S. Harrison Jr. appointed Byrd to complete the U.S. Senate term of his father, who had resigned due to illness. Challenged by a progressive former state legislator, Armistead Boothe, in the 1966 Democratic primary, Byrd won a narrow victory by 8,225 votes. Within the Democratic Party the power of the Byrd Organization had eroded as African Americans, labor union members, and newcomers to the state became politically active. Four years later Byrd decided not to subject himself to the uncertainties of the primary. In March 1970 he announced that he would seek reelection as an Independent. Publicly he declared that he was abandoning the party of his father because the Democratic State Central Committee had adopted a loyalty oath binding all Democratic nominees to support the party’s candidates at the next general election. Facing Democratic and Republican opponents in the fall, Byrd received a majority (53.5 percent) of the vote. Resisting overtures from President Richard M. Nixon to join the Republican Party, Byrd continued to caucus with the Democrats. In 1976 he became the first U.S. senator to be elected and then reelected as an Independent. He chose not to seek reelection to another term in 1982.

Byrd followed a consistently conservative course in the Senate. Urging economy in government, he denounced waste in federal programs. While supporting a strong national defense, he opposed sending troops into Cambodia in 1970 and voted to repeal the Gulf of Tonkin Resolution, which the administration of Lyndon B. Johnson had interpreted as congressional authorization to wage war in Southeast Asia.

After retiring from the Senate, Byrd lived in Winchester, maintaining his interest in the family’s businesses and taking public stands for fiscal responsibility in state government. He died at his home in Winchester on July 30, 2013.