Robert Young Button was born on November 2, 1899, in Culpeper County, the son of John Young Button, a traveling hardware salesman and farmer, and Margaret Agnes Duncan Button. After graduating in 1917 from Culpeper High School, where he excelled in debating, Button enrolled at the University of Virginia. There he spent five active years and joined the prestigious Raven Society and the Order of the Coif before receiving an LL.B. Button returned to Culpeper to practice law. On August 20, 1931, he married Kathleen Mary Antoinette Cheape, a nurse. They had one son and one daughter.

Following a career path familiar to many other young lawyers, Button took an active role in community affairs, joined a variety of organizations, invested in local businesses, and eventually got involved in politics, beginning with the 1933 election campaign. He sat on the Virginia Parole Board from 1942 to 1945 and on the State Board of Education from 1945 to 1960. Button was a trustee of the Jamestown Corporation during the 1950s and served on the Potomac River Commission in 1958. He was a member of the Virginia Advisory Legislative Council and as chair issued reports on such issues as Virginia’s involuntary sterilization laws and the retention, storage, and disposal of state records.

In 1945 Button was elected to the Senate of Virginia from the district comprising Culpeper, Fauquier, and Loudoun counties. He was one of a considerable number of small-town attorneys who long accounted for much of the enduring success of the Democratic Party organization that looked to Senator Harry F. Byrd for leadership. Button found the Byrd Organization’s conservative philosophy congenial and devoted his talents to its advancement. He received increasingly important legislative assignments, including appointments to the Committees on Finance, on General Laws, and on Privileges and Elections, and in 1956 he chaired the Committee on Welfare. During his fifteen years in the Senate, Button backed the organization’s programs on matters ranging from fiscal conservatism to Massive Resistance. He served on the Commission on Public Education of 1954 (popularly known as the Gray Commission) and the Commission on Public Education of 1959 (popularly known as the Perrow Commission), both created to craft Virginia’s response to the United States Supreme Court’s ruling that public school segregation was unconstitutional. 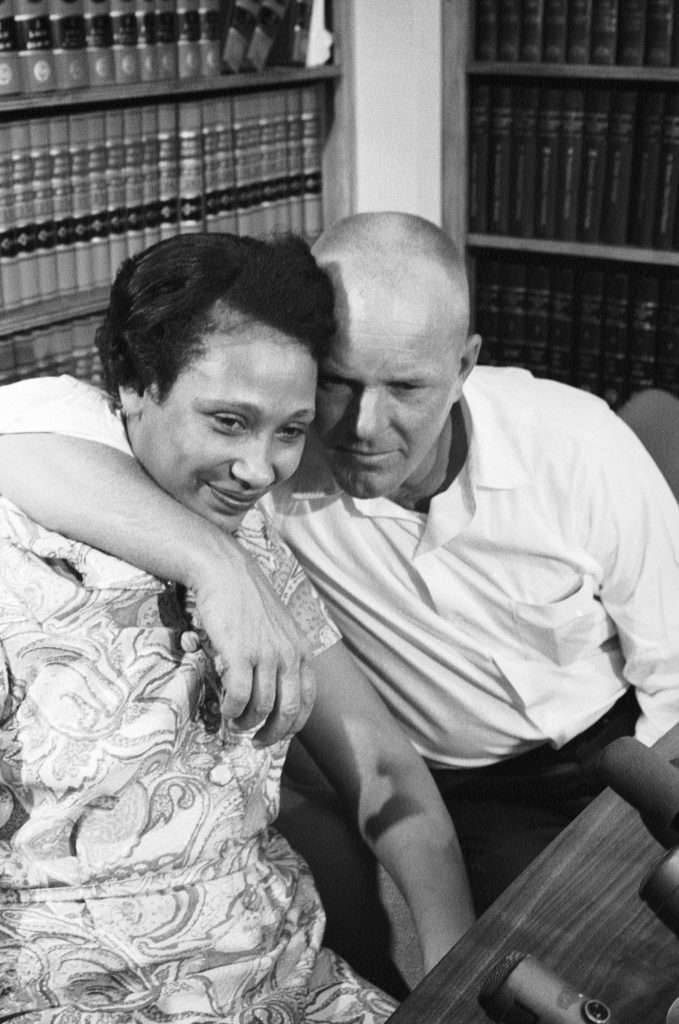 In 1961 a group of party leaders persuaded a reluctant Button to run for attorney general on the ticket with Albertis Sydney Harrison for governor and Button’s close friend Mills Edwin Godwin Jr. for lieutenant governor. Button and Godwin were both praised and condemned for their prominent support of Massive Resistance, while the more moderate Harrison escaped some of the bitterest criticism of the attempt to thwart court-ordered desegregation of the public schools. All three candidates received comfortable majorities on election day, and four years later Button was easily reelected.

Button’s published annual reports document in detail his work and responsibilities during eight years as attorney general. His office defended Virginia’s racial segregation laws, legislative reapportionment, voter registration procedures, and the poll tax. Following previous practice, private attorneys were sometimes engaged to handle the difficult litigation of complicated cases. Assistant attorneys general argued two of the most publicized cases that reached the United States Supreme Court during Button’s tenure, Griffin et al. v. County School Board of Prince Edward County et al. (1964) and Loving v. Virginia (1967). In both instances the Supreme Court negated the arguments of Button’s assistant. In the first case the Court struck down the school board’s abolition of the county schools and diversion of tax money to support private segregated academies, and in the second the justices invalidated Virginia’s law against interracial marriages. 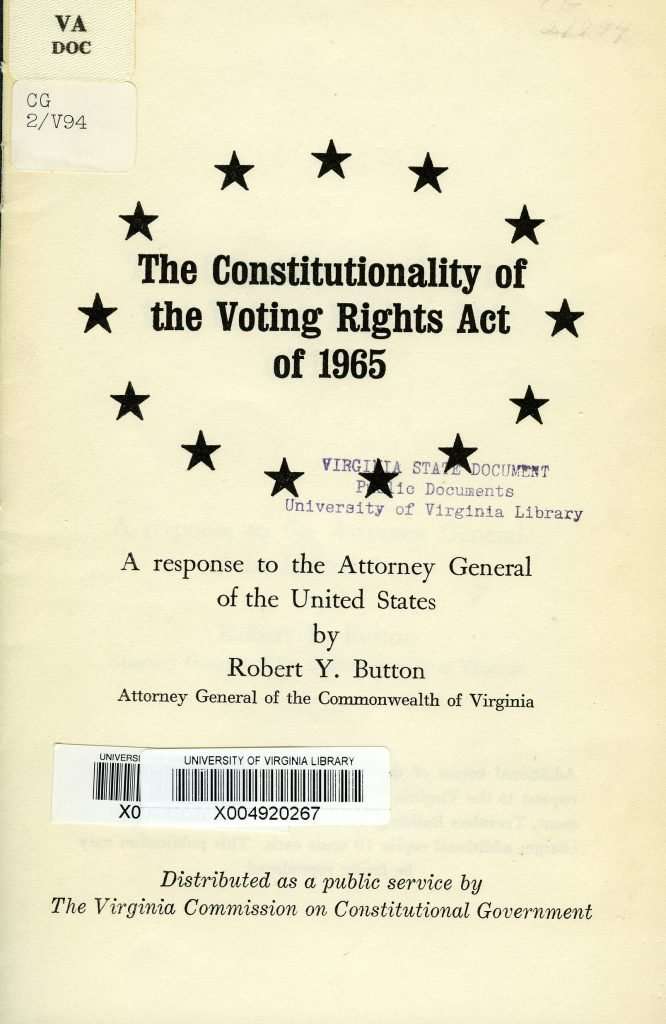 The Constitutionality of the Voting Rights Act of 1965

Button knew that Virginia had little chance of winning some of those cases. Like other leading members of the Byrd Organization, he believed that he had to fight what they regarded as the liberal activism of the Supreme Court, whose decisions he condemned as unconstitutional usurpations of the powers of the legislature and of the states. Button often criticized the federal judiciary and charged that the Supreme Court was so concerned with the rights of individuals that it forgot that society also had rights. He blamed its decisions for increased crime and pornography.

Although some people regarded Button as dignified, distant, and blunt, others who knew him better or worked with him closely remembered his kindness, humor, integrity, and dedication. He did not seek a third term in 1969, and in 1970 he resumed his law practice in Culpeper. Button had suffered a heart attack in 1967. He recovered sufficiently to return to work, but his heart remained weak for the remainder of his life. Button died on September 1, 1977, after suffering a heart attack in Culpeper and was buried in Culpeper Masonic Cemetery.