Israel LaFayette Butt was born in Norfolk County, the son of John Wesley Butt and Adaline Grimes Butt. His mother died when he was seven or eight years old. Slavery and military service shaped Butt’s early years. With his father and a young girl, he escaped slavery in August 1862 and reached a Union army camp in Norfolk County. Brief schooling in Norfolk and a job hauling cordwood preceded Butt’s enlistment on January 6, 1864, in Company A of the 38th U.S. Colored Infantry Regiment. His unit fought at the Battle of New Market Heights on September 28–30, 1864, and participated in the occupation of Richmond on April 3, 1865, before being reassigned to Texas the following month. Still a private when his regiment was disbanded, Butt mustered out on January 25, 1867, at Indianola, Calhoun County, Texas, and returned to Norfolk, where he began farming a small plot owned by his father. He also worked on the farms of two white men. On December 5, 1867, Butt married Rose Zillah Simmons. They evidently had no children but adopted a daughter during the 1890s.

Butt industriously pursued the education that he had largely been denied as a slave. He learned to read while in the army. The local men under whom he studied included Dempsey Ferebee, who conducted a night school in Norfolk, and Thomas Bayne, a dentist and member of the Convention of 1867–1868. In May 1869 Butt was elected a constable of Tanners Creek Township and three years later a justice of the peace, an office he held for six years, but a religious life rather than a political career most appealed to him.

Staunch Methodism characterized two generations of Butt’s family. His maternal grandfather had become a preacher in the African Methodist Episcopal Church. Butt experienced a religious conversion in Texas in May 1866, and he joined Norfolk’s Saint John’s African Methodist Episcopal Church in August 1867. He decided to become a minister in 1874 and received a license to preach locally in March 1876. Butt attended Richmond Theological Institute (later Virginia Union University) from 1879 to 1881, was fully ordained in the latter year, and in 1887 graduated with a degree in theology from Hampton Normal and Agricultural Institute (later Hampton University).

Butt was first assigned to a mission he established in Norfolk. He spent one year there, three years preaching on the Chesterfield Circuit, and two on the Henry Circuit before spending four years at Hampton. About 1888 Butt became presiding elder of the Danville District for a year and a half. He monitored the development of the various churches, organized new congregations, and made pastoral recommendations to the several bishops who presided in the Virginia Annual Conference. Butt also served briefly on the Staunton Circuit and for about ten and a half years on the Eastern Shore of Virginia before returning to the Tidewater for five years as presiding elder of the Portsmouth District and five years more as presiding elder of the Norfolk District. While he supervised the Portsmouth District he started a mission at Pinner’s Point, and he was serving in Norfolk when the John M. Brown Memorial Church was founded in that city in 1904. 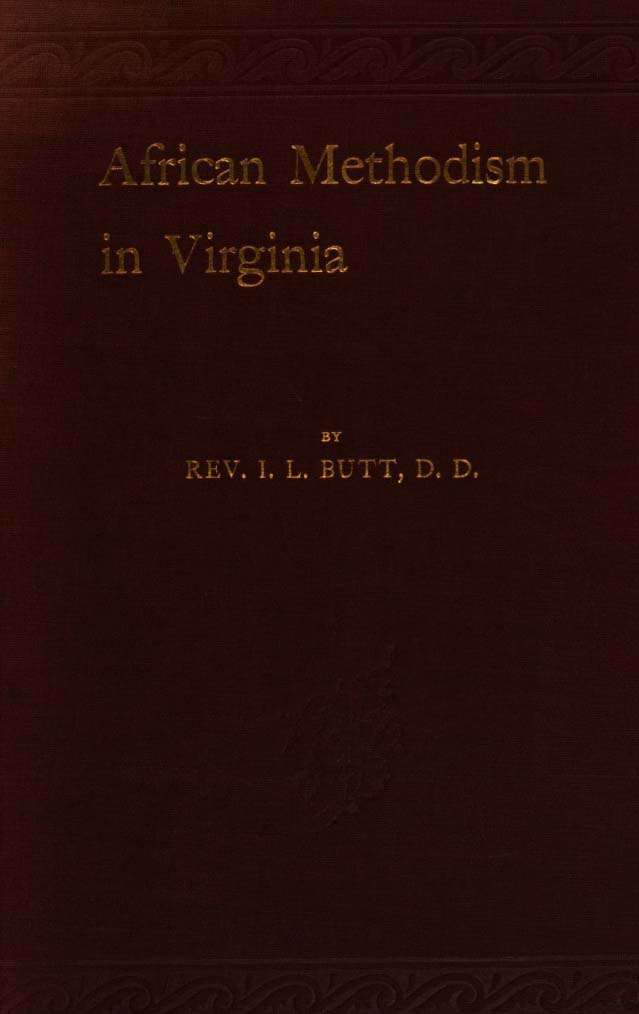 History of African Methodism in Virginia

Butt was a delegate to the 1900 and 1904 general conferences of the church held in Columbus, Ohio, and Chicago, Illinois, respectively. At the latter meeting he served on the Committee on the Report of the Secretary of Education. He also sat on boards dealing with missionary activities and with the Allen Christian Endeavour League. While based in the Martinsville area, he had taught school and served as a school principal in 1882 and 1883. Butt was a trustee of the Norfolk District School, of Dickerson Memorial College (the church’s college in Portsmouth), and of the Girls Training School in Roanoke. He also served on the boards of Kittrell College in North Carolina and Wilberforce University in Ohio. The latter institution awarded him an honorary D.D. in 1903. Butt continued his education throughout his life and in 1905 studied theology through a correspondence course at Payne University in Selma, Alabama. In addition, he researched and wrote History of African Methodism in Virginia, or Four Decades in the Old Dominion (1908), which Hampton Institute published.

A widower, Butt married Marie Church in Northampton County on May 29, 1912. Butt suffered from asthma, diabetes, and heart disease late in life and died on January 22, 1916, in Franktown, Northampton County. He was buried in Norfolk County.