Burwell was the daughter of Lewis Burwell (d. 1710) and Abigail Smith Burwell and was born on November 21, 1683, probably at Fairfield plantation on Carter’s Creek in Gloucester County. When she was about seventeen years old Governor Francis Nicholson began courting her with love letters and visits. He also directed written appeals to Burwell’s parents, soliciting their assistance in the courtship. Nicholson’s nomination of Lewis Burwell to the governor’s Council during the summer of 1700, an honor that he subsequently refused, may not have been coincidental. Lucy Burwell did not return the forty-five-year-old governor’s affections. She continued to entertain other men, including Edmund Berkeley, a well-educated man some twelve years her senior. As Nicholson’s courtship foundered he became desperate and resorted to threats and temper tantrums. Burwell ultimately married Berkeley on December 1, 1703.

The loss of Burwell provoked the governor to violence. His subsequent taunts and threats directed at the powerful Burwells and their many allies galvanized the Virginia elite’s resistance to him. Already disliked by many of the colony’s leading men for his heavy-handed attempts to impose unpopular policies, Nicholson lost more allies by his intemperate reaction to his failed courtship. Six men, including four who were in some way related to Burwell, signed a petition against Nicholson in 1703. After complaints of Nicholson’s inappropriate behavior reached London, Queen Anne removed him from his post.

In rejecting the governor Burwell was probably not just acquiescing in her father’s wishes. He had publicly declared that his daughter was completely free to choose a husband. Even Nicholson did not believe that she acted at her father’s behest, but he suspected that members of the Burwell family had turned her against him with tales of immoral and violent conduct. Burwell need not have based her decision on gossip, however. Having witnessed Nicholson’s embarrassing displays of passion and read his occasionally menacing love poems, she may have come genuinely to dislike him. 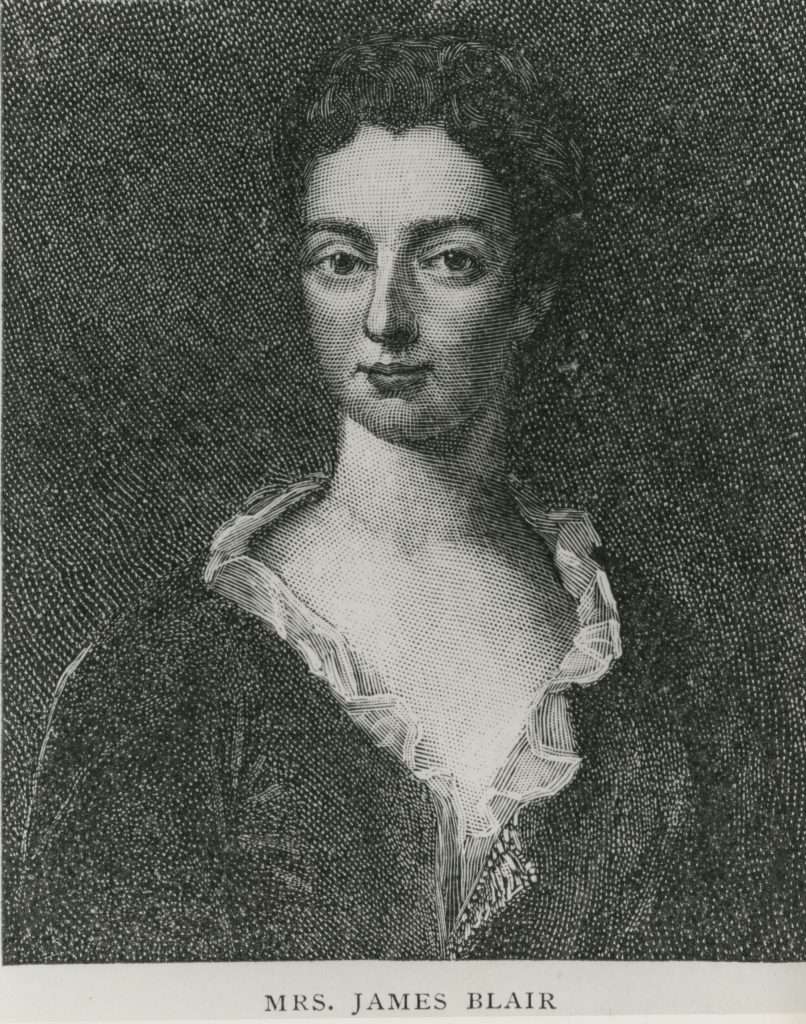 Like other elite women of her generation, Burwell may simply have been an independent spirit. Several of her contemporaries, including Sarah Harrison Blair, Lucy Parke Byrd, and Frances Parke Custis, responded to patriarchal threats and entreaties with intransigence. Burwell’s decision to reject the courtship of Nicholson is best read as a choice of future happiness over pure political expedience by a young woman who knew her own mind and was not easily intimidated. Undoubtedly her decision was made easier by the knowledge that marriage into the Berkeley family also offered political advantages to the Burwells. At a time when leading Virginians were searching for a dignified regional identity and attempting to check the power of the governor, Burwell’s refusal of Nicholson did much both to legitimize the Virginia elite’s grievances against him and to provide compelling evidence of his despotic and dishonorable tendencies. In exercising her prerogative to choose her own husband, surely the most public and free act of her short life, Lucy Burwell became, in the annals of Virginia folklore, a symbol of regional resistance to the abuse of power.

Burwell’s temperament was not perpetually combative, however, if her tombstone epitaph at Barn Elms in Middlesex County is to be believed. Her spouse there asserted of their married life that “she never in all the time she lived with her Husband gave him so much as once cause to be displeased with Her.” Lucy Burwell Berkeley bore at least two sons and three daughters during her thirteen-year marriage, a fact that may account in part for Edmund Berkeley’s satisfaction with his wife and may have contributed to her death at the age of thirty-three on December 16, 1716.