Thomas Granville Burch was born in Henry County on July 3, 1869, and attended public schools in the county. He moved about 1886 to Martinsville. In 1922 Burch founded the Piedmont Trust Bank of Martinsville and served as its president from then until 1930, when he became chairman of the board. Burch married Mary E. Anson on April 22, 1903. They had no children.

Burch entered politics working in Democratic Party campaigns and then became a member of the Martinsville town council. Elected mayor in 1912, he served until 1914, when he resigned to accept appointment as United States marshal for the Western District of Virginia. He held that office until 1921. Burch also sat on various state boards and advisory committees, including the committee on the reorganization of the state government that Harry Byrd appointed as governor in 1926. By late in the 1920s Burch chaired the Democratic Party in the Fifth Congressional District.

In 1930 Burch successfully challenged Joseph Whitehead, the incumbent Democratic congressman. Burch won every succeeding general election until he announced his intention in 1946 to retire. Burch was a conservative politician and on issues of state politics generally agreed with Byrd, who became a United States senator in 1933. Byrd and his few intimate advisers began passing the word in the autumn of 1935 that Burch was to be their candidate for governor in 1937. Burch, however, surprised them by proposing a plan under which the state government would pay all teachers’ salaries and use a uniform pay scale. Such a plan would have required additional taxes, and although Burch quickly hedged and then repudiated his suggestion, the damage was done. Within weeks Byrd began a search for an alternative gubernatorial candidate. 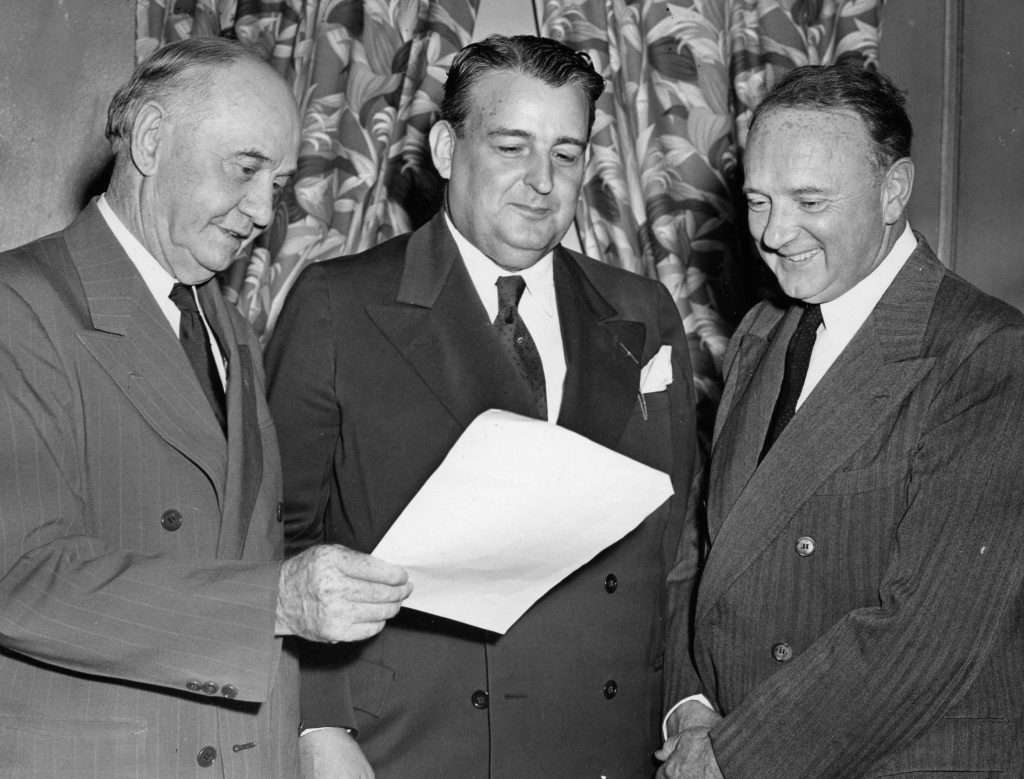 After that episode Burch was never again part of the party organization’s inner circle. Following the death of U.S. senator Carter Glass in 1946, Burch’s friend Governor William M. Tuck appointed him to fill the vacant seat. Burch declined to run in the special election that autumn and served as a senator only from May 31 to November 5, 1946. He then retired from public life except for service in 1947 as chairman of a state commission Tuck appointed to advise him on another reorganization of the state government. Burch endorsed the presidential candidacy of J. Strom Thurmond on the Dixiecrat ticket in 1948.

Burch died of a heart attack in Martinsville General Hospital on March 20, 1951. His will left more than $100,000 to charities. Burch also bequeathed his house on West Church Street to the public library in Martinsville. He was buried in Oakwood Cemetery in that city.

RELATED CONTENT
Categories:
MAP
TIMELINE
July 3, 1869
T. G. Burch is born in Henry County.
1886
T. G. Burch moves to Martinsville.
April 22, 1903
T. G. Burch and Mary E. Anson marry. The couple will have no children.
1912
T. G. Burch is elected mayor of Martinsville.
1914
T. G. Burch resigns as mayor of Martinsville to accept appointment as U.S. marshal for the Western District of Virginia. He will hold the office until 1921.
1922
T. G. Burch founds the Piedmont Trust Bank of Martinsville and serves as its president until 1930.
1930
T. G. Burch becomes chairman of the board of Piedmont Trust Bank of Martinsville, which he founded in 1922.
1930
T. G. Burch wins election to the U.S. House of Representatives, defeating the incumbent Democrat, Joseph Whitehead, in the primary.
1935
U.S. senator Harry F. Byrd begins passing the word that T. G. Burch will be his candidate for Virginia governor in 1937. Burch, however, surprises the Byrd Organization with his plan for teacher pay, and Byrd finds another candidate.
May 31, 1946
U.S. Representative T. G. Burch is seated in the U.S. Senate, appointed by Governor William Munford Tuck to fill the seat left vacant by the death of Carter Glass.
November 5, 1946
T. G. Burch leaves the U.S. Senate and retires from public life except for a brief stint on a state commission to reorganize government.
March 20, 1951
T. G. Burch dies of a heart attack in Martinsville General Hospital and is buried in Oakwood Cemetery.
FURTHER READING
CITE THIS ENTRY