Corbin Braxton Bryan was born on April 17, 1852, at Eagle Point in Gloucester County, the son of John Randolph Bryan and Elizabeth Tucker Coalter Bryan. His elder brothers included Joseph Bryan (1845–1908), the noted Richmond industrialist and newspaper publisher. Bryan was educated in various private schools and at Norwood Academy in Nelson County before entering the University of Virginia‘s engineering department in 1871. He felt himself called to the ministry after two years and enrolled in 1875 at the Protestant Episcopal Theological Seminary in Alexandria. Bryan graduated in 1878 and was ordained in June 1879. In 1882 he married Mary Sidney Caldwell Scott, of Lenoir, North Carolina. They had two sons and four daughters.

Bryan spent the years 1878–1881 in Lynnhaven Parish, Princess Anne County; the years 1881–1891 at Christ Church, Millwood, in Clarke County; the years 1891–1893 at Epiphany Episcopal Church in Danville; and the years 1893–1905 at Saint John’s Church in Hampton. At Hampton he developed a keen interest in the students at Hampton Normal and Agricultural Institute (later Hampton University), including the Native Americans from the western states and territories. Bryan traveled to the West several times to visit the Indian schools from which many Hampton students came. He helped found Saint Cyprian’s Church, Hampton’s first African American Episcopal congregation, and he came to believe that the influence of Christianity would markedly improve the lives of black Virginians, for whom he believed that he and his fellow whites, as a superior race, had a special responsibility. 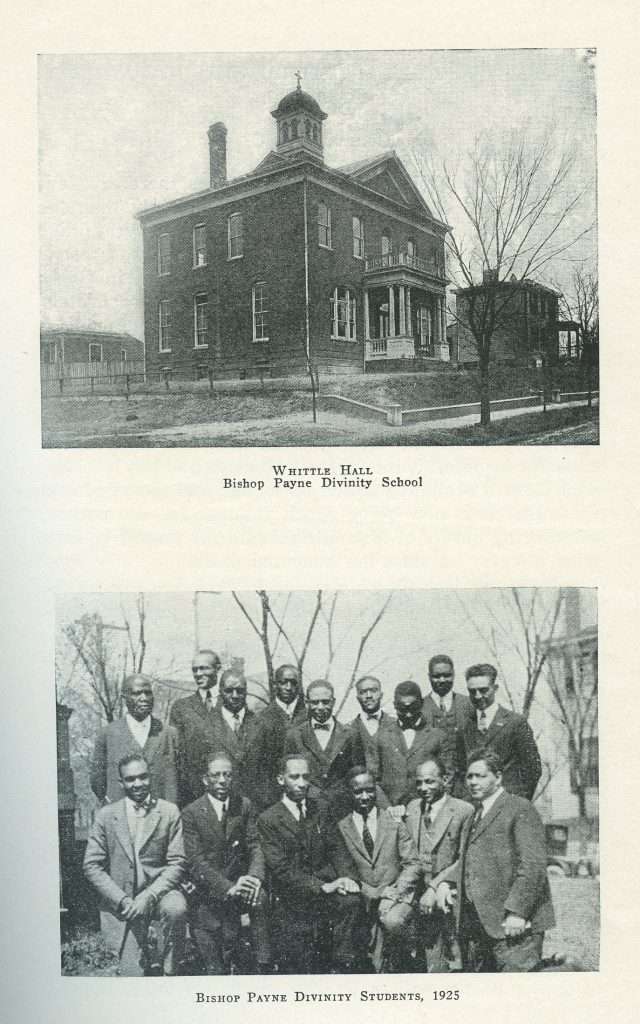 During the academic year 1903–1904 Bryan received a D.D. from Hampden-Sydney College. Early in 1905 he moved to Petersburg to become the minister of Grace Episcopal Church, and on March 10 of that year he was elected dean and principal of the Bishop Payne Divinity and Industrial School (after 1910 the Bishop Payne Divinity School), which was also in Petersburg. Organized in 1881, it was the oldest theological seminary for the education of African American Episcopal clergymen in the South. Bishop Payne was a small institution boasting only four teachers and sixteen students in 1908, but by 1921 it had educated more than 60 percent of all the African American Episcopal ministers in the United States, and several of its alumni were serving as missionaries or ministers in other countries. Bryan served as dean and principal until his death.

Bryan also served as historiographer of the Diocese of Southern Virginia, from 1907 to 1919 was the diocese’s clerical delegate to the denomination’s national conventions, and was dean of the Central Convocation of Southern Virginia at the time of his death. He resigned from Grace Church in February 1922 because of poor health, and on March 12 of that year he suffered a heart attack while in Hampton, where he was conducting Sunday Lenten services at Saint John’s, his former church. Bryan traveled to Richmond, where he died at the home of a nephew on March 17, 1922. He was buried in Hollywood Cemetery in that city.