Brooks was born probably in or near Richmond, the daughter of Judith Goode, a slave, and an unidentified white man. Her nephew John Henry Smyth became the United States minister to Liberia. On November 11, 1838, Lucy Goode became a member of the First Baptist Church of Richmond, and she joined other blacks in forming the First African Baptist Church when that congregation split from its parent in 1841. 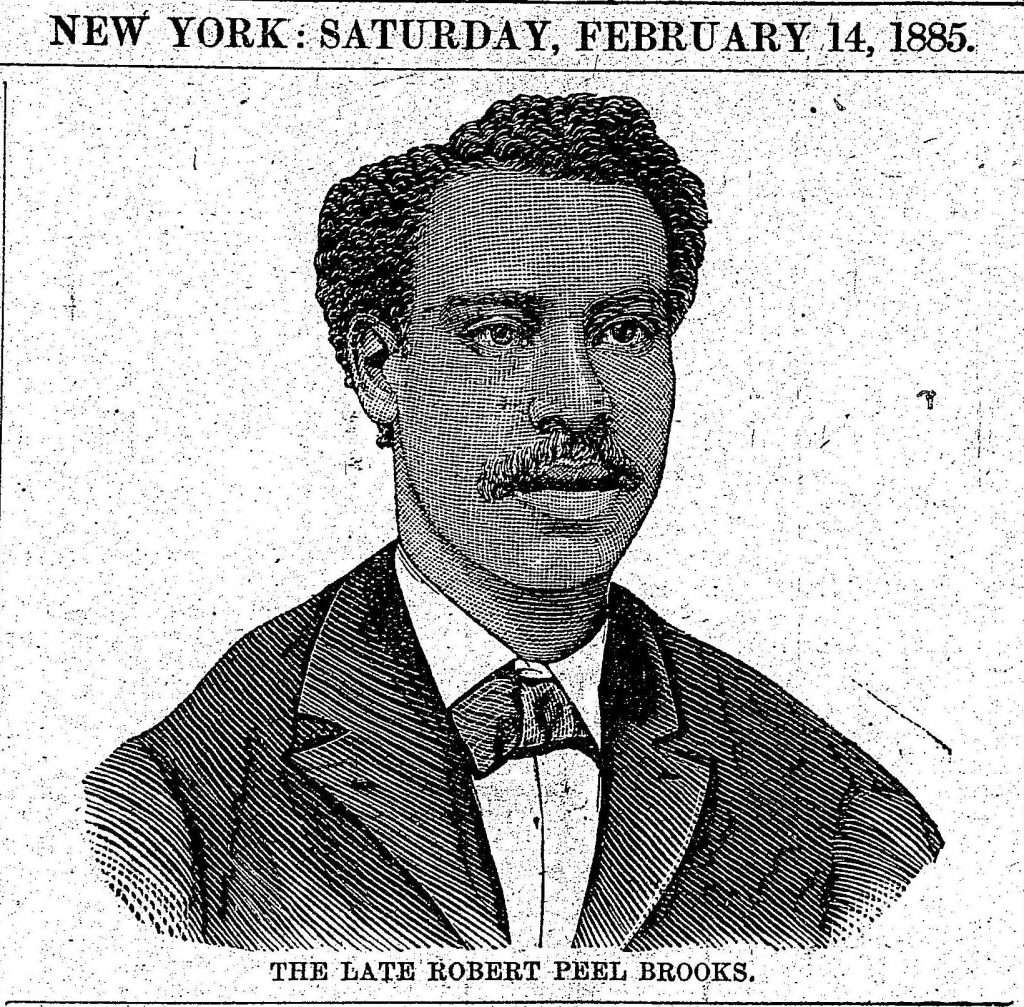 Late in the 1830s Lucy Goode met Albert Royal Brooks, another Richmond slave. Goode had learned to read, perhaps from listening to the lessons taught to her master’s children. As she and Albert Brooks fell in love, she passed her reading skills on to him, and they conspired to write the passes that enabled him to court her. When Goode’s master died in 1838, she became the property of a man named Sublett. Her new master not only consented to her marriage on February 2, 1839, but also agreed that she could live with her husband, whose own master allowed him to operate a livery stable and eating house in return for regular payments. Brooks was permitted to keep his leftover earnings and used them eventually to purchase his freedom. The Brookses had at least five sons and four daughters, but one boy and one girl died in childhood. One son, Robert Peel Brooks, became a leader of the postwar Republican Party and was one of the first black lawyers to practice in Richmond.

Lucy Brooks’s master died by 1858, when his heirs sold her and her three youngest children to Daniel Von Groning, a local tobacco merchant known to Albert Brooks. Von Groning permitted them to live with their husband and father, and Albert Brooks agreed to pay him in installments for their freedom. Lucy Brooks then set out for Richmond’s business district to find buyers for her eldest daughter and the three eldest boys, walking along Main Street with her younger children in tow. Three local men bought her sons and agreed to allow them to live at the Brooks home so long as the youngsters came to work in the tobacco factories each day. A fourth buyer purchased her daughter and promised not to sell her away but broke his pledge. Aged eighteen, literate, and the subject of a photographic portrait that reveals a self-possessed, promising young woman, Margaret Ann Brooks was sold off to slavery in Tennessee, where she died in 1862. The betrayal pained her parents for the rest of their lives, but their brave efforts saved their other children from that fate.

Albert Brooks was one of Richmond’s most successful antebellum black entrepreneurs, but to buy his wife and three youngest surviving children from Von Groning took four years. The deed of manumission was dated October 21, 1862. The older boys did not become free until the Union army occupied Richmond on April 3, 1865. Walter Henderson Brooks, later a prominent Baptist minister in Washington, D.C., recalled the care his parents took to keep him and his siblings from realizing that they were slaves subject to being sold away from home.

After Emancipation former slaves flocked to Richmond to seek better opportunities and look for missing family members. Lucy Brooks noted some children were separated from their parents and abandoned by former masters. Having lost one of her own children to the slave trade, she had a special concern for the plight of parentless children. Brooks convinced the Ladies Sewing Circle for Charitable Work, of which she was a leader, that a home for orphans was a worthy project. She then obtained support for an orphanage from the local Cedar Creek Meeting of the Society of Friends. Brooks had probably already won the backing of several black churches, whose representatives were included in the plans that the Quaker leaders devised for governance of the orphanage.

On April 12, 1867, the Richmond city council deeded a lot to the organization, and the orphanage building was completed in 1871. The General Assembly incorporated the Friends’ Asylum for Colored Orphans in March 1872. Seventeen years later the white trustees turned the institution over to representatives of Richmond’s black Baptist churches. The orphanage operated until 1932, when the organization became a child-placement agency working primarily with foster families. The building that housed the orphanage was razed in 1969. Today, the renamed Friends’ Association for Children operates a family center and a playground. The Lucy Brooks Foundation, created in 1984 to raise funds for the association, was named in honor of its founder.

The number of Richmond children whose lives Brooks touched cannot be known, but the long life of the institution she founded to aid children without families is proof of the great need for such work. Her own children’s accomplishments can be traced to her teachings and the example she set, not least her courageous struggle to preserve her family during slavery. Albert Royal Brooks died on July 15, 1881. Lucy Goode Brooks died at her home on October 7, 1900, and was buried in Union Mechanics Cemetery, one of the Barton Heights cemeteries in Richmond.

RELATED CONTENT
Categories:
Type:
MAP
TIMELINE
September 13, 1818
Lucy Goode is born probably in or near Richmond, the daughter of Judith Goode, a slave, and an unidentified white man.
1838
Lucy Goode's master dies, and she becomes the property of a man named Sublett.
November 11, 1838
Lucy Goode becomes a member of the First Baptist Church of Richmond.
February 2, 1839
Albert R. Brooks marries Lucy Goode. They will have at least five sons and four daughters, of whom four sons and three daughters will survive early childhood.
October 29, 1853
Robert P. Brooks is born into slavery in Richmond, the sixth of at least nine children of Albert R. Brooks and Lucy Goode Brooks.
1858
Lucy Goode Brooks's master dies. To ensure that the family is not dispersed, she finds local buyers for her four eldest children. Her husband, Albert R. Brooks, successfully convinces a tobacco merchant to buy Lucy Goode Brooks and their remaining children.
1862
Margaret A. Brooks, the eldest daughter of Albert R. Brooks and Lucy Goode Brooks, dies in Tennessee. She was separated from her family in 1858, when her master, who had promised her mother he would not sell her away, sold her into slavery in Tennessee.
October 21, 1862
Following the receipt of $800 from Albert Brooks, Daniel Von Groning, a tobacco merchant and diplomat, frees Lucy Goode Brooks and her young children, including Robert Peel Brooks.
April 3, 1865
The U.S. Army enters Richmond, and the remaining children of Lucy Goode Brooks and Albert R. Brooks become free.
April 12, 1867
The Richmond city council deeds a lot to the Cedar Creek Meeting of the Society of Friends.
1871
The building for the Friends' Asylum for Colored Orphans is finished.
March 1872
The General Assembly incorporates the Friends' Asylum for Colored Orphans.
July 15, 1881
Albert R. Brooks dies at his home. He is probably buried in Union Mechanics Cemetery in Richmond.
October 10, 1882
After a month's struggle with tuberculosis and typhoid fever, Robert Peel Brooks dies at his mother's home in Richmond. He is buried in Richmond's Union Mechanics Cemetery.
October 7, 1900
Lucy Goode Brooks dies at her home in Richmond. She is buried in Union Mechanics Cemetery.
1984
The Lucy Brooks Foundation is created to raise funds for the Friends' Association for Children, which operates a family center and playground in Richmond.
FURTHER READING
CITE THIS ENTRY