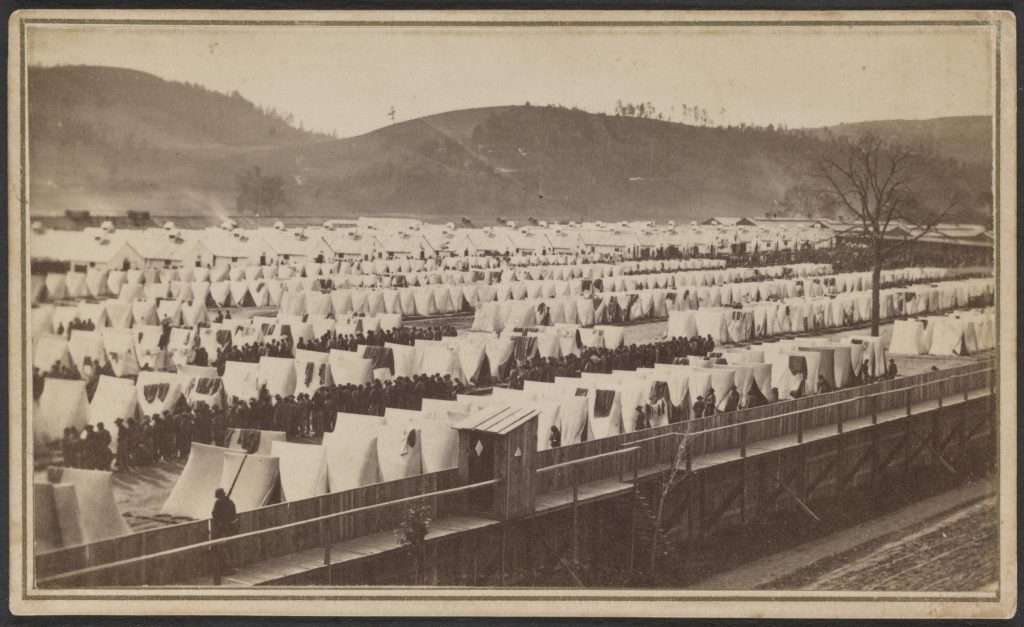 Joseph Allen Bristow was born at Stormont in Middlesex County on September 17, 1838, the son of Larkin Stubblefield Bristow and Catherine Seward Bristow. He attended local private schools and began the study of medicine, but on July 18, 1861, before he completed his studies, he joined the Confederate army. Bristow was a sergeant in the 24th Virginia Cavalry Regiment when he was captured near Petersburg on July 28, 1864. He spent six months in the prison camp at Elmira, New York, before being exchanged on parole on February 25, 1865.

His father had died during the war, and Joseph Bristow returned to manage Pleasant View, the family farm. On January 24, 1866, he married Mary Mildred Roane, also of Middlesex County, and they had two sons and one daughter before she died at the end of 1871. On October 3, 1875, Bristow married Lucy Elizabeth Chambers, of Person County, North Carolina. They had five sons and five daughters. A nephew, Myon Edison Bristow, served as Virginia’s commissioner of insurance and banking during the Great Depression.

Bristow broadened his interests beyond farming into several other businesses and made himself an expert on oysters. He helped develop a special oyster tong that enabled watermen to extend their catch into the deep waters of the Rappahannock River and the lower Chesapeake Bay. On April 29, 1890, three years after the first patent for a deepwater tong had been issued to a man in Maryland, Bristow and William M. Dixon received patent number 426,909 for their design.

Bristow and several members of his family joined the Republican Party in 1872, and most of them supported the Readjusters, who wished to reduce the antebellum state debt rather than pay it off in full. Bristow was one of William Mahone’s loyal local leaders and remained the most important Republican in Middlesex County for more than thirty years. In 1892 he was an unsuccessful candidate for presidential elector. In 1898 the Republicans of the First Congressional District nominated Bristow for Congress. He did not campaign and lost the dull election to the incumbent, Democrat William Atkinson Jones, by a margin of more than two to one. That same year Bristow was rewarded for his party loyalty with appointment as postmaster at Saluda, an office he held until his death in 1903, when his son Burke Bristow succeeded him.

In the spring of 1901 the Democratic Party nominated a former Populist leader, John Hill Carter Beverley, for the seat in a state constitutional convention from the district of Essex and Middlesex counties. In protest, many conservative Democrats either did not vote or sided with the Republicans. As a result Bristow won the election by a vote of 1,533 to 1,005. With no legislative experience and as one of only a dozen Republicans in the 100-member convention and the only one from east of the mountains, he could not have expected to wield much influence. Bristow held the lowest-ranking seat on the Committee on the Organization and Government of Counties, and he took little part in the debates. He introduced resolutions intended to protect private oyster beds and to enable watermen and farmers to sell their catches and produce free from local licensing ordinances and discriminatory freight rates. Bristow’s resolution that naturally occurring oyster beds should be held as a public trust for the use of the people of Virginia evolved into section 175 of the Constitution of 1902. He voted against the restrictive voter-registration provisions that the convention adopted, against putting the constitution into effect without a referendum on ratification, and, on June 6, 1902, against the adoption of the constitution.

Bristow died at Pleasant View on April 30, 1903, after an illness of four months and was buried in the family cemetery on the estate.