Carter Moore Braxton was born on September 5, 1836, in Norfolk, the son of Carter M. Braxton and his third wife, Elizabeth Teagle Mayo Braxton. Elliott M. Braxton, who served in the U.S. House of Representatives after the Civil War, was his elder half brother. Carter Moore Braxton lived in Norfolk and in King and Queen County until his father died in 1847, after which he lived in Fredericksburg. He was educated at Hanover Academy and prepared for a career in civil engineering. By the time the Civil War broke out in 1861, Braxton was chief engineer in charge of construction for the Fredericksburg and Gordonsville Railroad.

Braxton had a distinguished career in the Confederate army. He became a captain in the Fredericksburg Artillery on May 8, 1861. His company, known as Braxton’s Battery, saw action in the Seven Days’ Battles and at Cedar Mountain, the Second Battle of Manassas, Chantilly, Antietam, and Fredericksburg (all in 1862). When the Army of Northern Virginia reorganized its artillery, Braxton was promoted to major on April 4, 1863, with the commission to date from March 2. 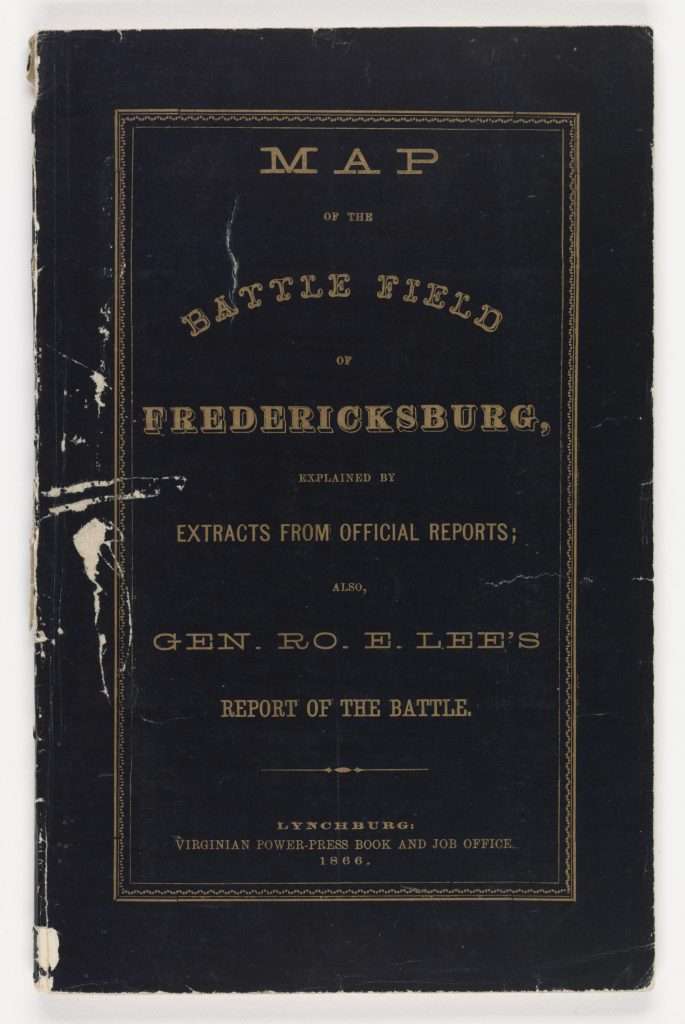 Map of the Battle Field of Fredericksburg

After fighting at Chancellorsville and distinguishing himself at Gettysburg and Mine Run (all in 1863), he was promoted on March 14, 1864, to lieutenant colonel to rank from February 27, 1864. He served at the battles of the Wilderness (1864) and of Cold Harbor (1864) and saw action in the Shenandoah Valley in 1864 and at Chaffin’s Farm near Richmond early in 1865. Braxton fought at Hatcher’s Run and Five Forks in the last days of the war and surrendered with the Army of Northern Virginia at Appomattox Court House April 9, 1865. Although often in the thick of the fighting and described by one later account as having had seven horses killed under him, he was never wounded. After the war Braxton prepared and published a Map of the Battle Field of Fredericksburg, Explained by Extracts from Official Reports (1866).

Braxton was active in the First Baptist Church of Newport News and from 1887 until his death was commander of the McGruder Camp of the United Confederate Veterans. Braxton died of Bright’s disease at his home in Newport News on May 27, 1898, and was buried in the local Greenlawn Cemetery.