Braxton was the younger of two sons of George Braxton (d. 1749) and Mary Carter Braxton and was born on September 10, 1736, at Newington, the King and Queen County estate of his grandfather George Braxton (ca. 1677–1748), a prosperous immigrant merchant and planter. His mother, who died as a consequence of his birth, was the youngest daughter of the fabulously wealthy Robert “King” Carter. 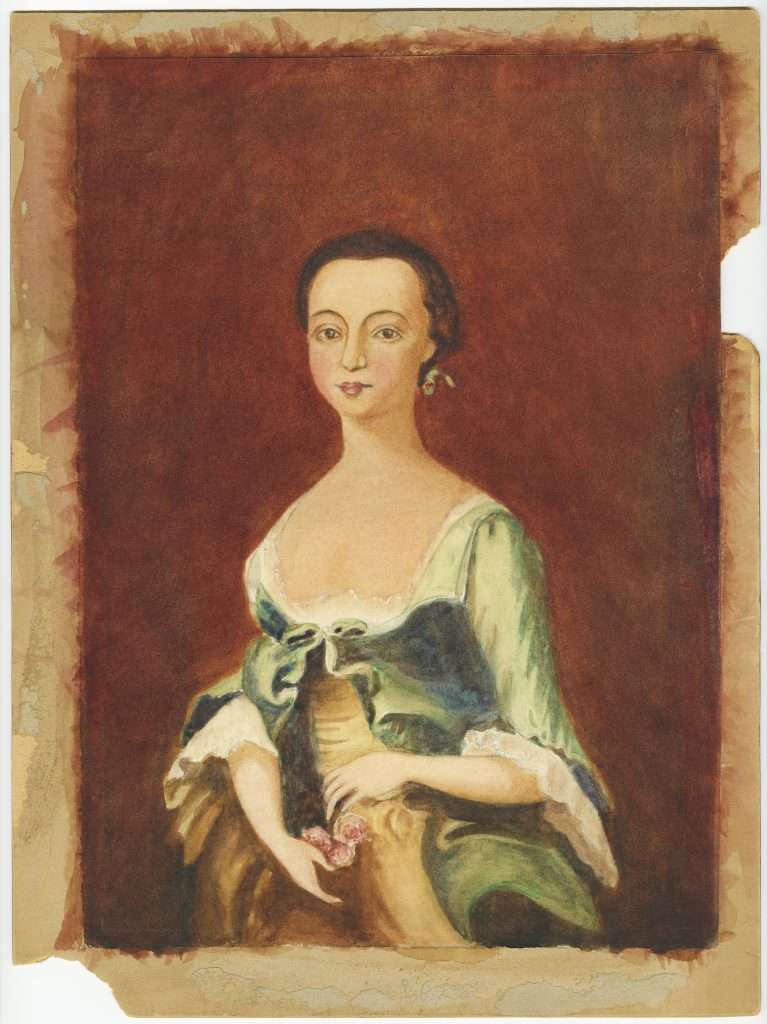 In his youth Braxton enjoyed riches and privilege. On July 16, 1755, while attending the College of William and Mary, he married Judith Robinson, a niece of John Robinson (1705–1766), the powerful Speaker of the House of Burgesses. Braxton purchased Elsing Green in King William County. Judith Robinson Braxton died giving birth to the second of her two daughters in December 1757, after which Braxton traveled in Europe for two years. On May 15, 1760, he married Elizabeth Corbin, daughter of Richard Corbin, a member of the governor’s Council and deputy collector of the royal revenue in Virginia. They had ten sons and six daughters. Braxton purchased Chericoke plantation in King William County, not far from Elsing Green, and lived there until the end of 1776.

When his elder brother died in October 1761 Braxton inherited the remainder of the family estate, but both brothers had lived extravagantly, and he was burdened with large debts. Even after selling land to satisfy some of his many creditors, he owned more than 12,000 acres and about 165 slaves during the 1770s and engaged in large-scale tobacco planting and the transatlantic tobacco trade. As a well-connected member of the landed elite, Braxton served on the vestry and as a justice of the peace and sheriff. He was elected to represent King William County in the House of Burgesses in 1761 and attended sixteen of the nineteen meetings of the General Assembly between then and 1775. He served on the Committee of Propositions and Grievances from 1764 to 1775, joined the Committee for Religion in 1768, and was appointed to the Committee for Trade in 1769.

During the imperial crises that led to the American Revolution, Braxton sided with moderate critics of British policies and usually opposed such bold leaders as Patrick Henry. On May 3, 1775, Braxton alone confronted Henry and a large company of volunteer militiamen who were marching on Williamsburg to demand restoration of or reimbursement for Virginia gunpowder that the royal governor had removed from the colony’s powder magazine. Braxton’s pledge to have the powder paid for out of his father-in-law’s royal accounts probably averted a violent clash.

Braxton represented King William County in the first four Revolutionary Conventions. The convention of July–August 1775 elected him to the Virginia Committee of Safety, which oversaw the arming of the colony, and on December 15 the Convention of 1775–1776 elected him to the Continental Congress. Braxton served in Congress from February 23, 1776, until the first week in August. He was not a leading member, nor did he advocate independence until late in the spring, but he voted for independence on July 2, 1776, and supported and signed the Declaration of Independence.

In the spring of 1776 Braxton wrote and published a pamphlet, An Address to the Convention of the Colony and Ancient Dominion of Virginia, on the Subject of Government in General, and Recommending a Particular Form to Their Consideration. Intended as a corrective to what he perceived as excessively democratic ideas in John Adams’s Thoughts on Government of the same year, the pamphlet, together with rumors that Braxton’s wife and father-in-law were Loyalists, brought him severe criticism from many of the Revolutionary leaders in Virginia. The Convention of 1776 reduced the number of Virginia delegates to Congress late in June 1776 in order to remove Braxton and his friend Benjamin Harrison (1726–1791) from the delegation.

After a fire destroyed the dwelling at Chericoke on December 19, 1776, Braxton moved to a smaller but elegant house in the town of West Point, where he lived and conducted his business until 1786. During the Revolutionary War Braxton and Robert Morris, of Philadelphia, financed the Phoenix, a privateer that seized a Portuguese vessel illegally. The resulting lawsuits cost both investors dearly. In a separate disaster in 1779, Braxton lost a £40,000 tobacco ship to the British. Though still owning large tracts of land, he was virtually insolvent by the end of the war.

In the autumn of 1785 Braxton sought appointment to the Council of State, the governor’s executive advisory board and a salaried office. The General Assembly duly elected him, and he served from January 23, 1786, through March 30, 1791, and again from May 31, 1794, until his death. By the time he joined the Council Braxton had made his political peace with Patrick Henry, and they worked together harmoniously while Henry was governor in 1786. Braxton served as a commissioner of the Pamunkey Indian lands and a lay delegate to the founding convention of the Episcopal Church in Virginia. Although not a delegate to the Convention of 1788, he supported ratification of the United States Constitution. Carter Braxton died in Richmond on October 10, 1797, and was buried either in that city or at Chericoke.