Bowser was born on January 7, 1855, in Amelia County, the daughter of Henry Dixon, a carpenter, and Augusta A. Hawkins Dixon, a domestic servant. She was probably born into slavery. After freedom came in 1865, the family moved to Richmond and started a new life. Religion and education were the foundations of the family, and they joined Richmond’s largest congregation, First African Baptist Church. Dixon first taught in the Sunday school there. Her father recognized her aptitude and enrolled her in the Richmond public schools, where she initially received instruction from northern teachers of the Freedmen’s Bureau.

The superintendent of the Freedmen’s Bureau schools in Virginia, Ralza M. Manly, identified exemplary students and selected them for teacher training at the Richmond Normal and High School (after 1870 the Richmond Colored Normal School). Dixon became one of Manly’s protégés and excelled in English, mathematics, music, and reading. She graduated with the second-highest marks in the class of 1872–1873 and remained in school for an additional year to study Greek, Latin, music, and teaching strategies.

In 1872 Dixon passed the examination for teacher certification and began her teaching career. On September 4, 1879, she married James Herndon Bowser, a fellow teacher who had been the valedictorian in her class at the Richmond Colored Normal School. Soon after their marriage he left teaching and worked instead as a clerk in the Richmond post office until his death from consumption, or tuberculosis, on April 25, 1881. Their only child, Oswald Barrington Herndon Bowser, became a successful Richmond physician.

For a time after her marriage and the birth of her son, Bowser taught music in her home and continued to teach in the Sunday school. Regarding the community as her extended family, she formed literary circles and taught childrearing and housekeeping techniques. In 1883 the city school board appointed Bowser to teach in the primary grades at Navy Hill School. The next year Bowser became supervisor of teachers at the Baker School in Richmond and in 1896 principal teacher as well in the night school for men. In addition, she taught classes in social skills at the Young Men’s Christian Association in Jackson Ward, the heart of Richmond’s African American community.

Bowser organized reading circles in order to give experienced teachers a forum for sharing information with new colleagues about their reading, their students, and their classroom strategies. The success of these groups led directly to the formation in 1887 of the Virginia Teachers’ Reading Circle, the first professional African American educational association in the state. Bowser was president of the organization, in 1889 renamed the Virginia State Teachers Association, from 1890 to 1892. Over a period of more than thirty years she often taught at Peabody institutes, sessions of summer teaching courses at various black normal schools in Virginia. 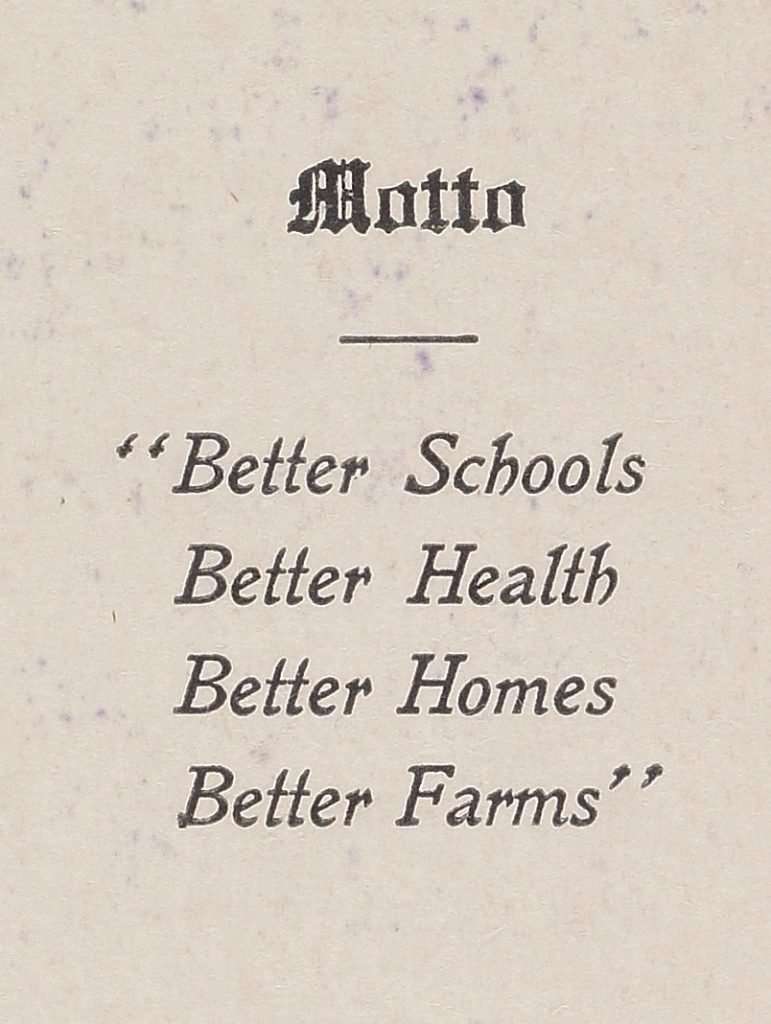 The presidency of the association opened the door for Bowser to play major roles in other African American organizations, including the Hampton Negro Conferences and their successor, the Negro Organization Society. She chaired the conferences’ Committee on Domestic Science from 1899 to 1902. At the July 1897 conference Bowser made one of her most notable speeches, “Some of Our Needs,” and appealed to the conference to form girls’ meetings to teach ladylike qualities and to sponsor mothers’ clubs to advise young mothers on childrearing. In response to her appeal, additional girls’ and mothers’ meetings were organized in scores of Virginia communities. Bowser also called for reforms in education, increased teacher salaries, and improved housing and education for wayward children. She joined with such influential black Virginians as Janie Porter Barrett and Maggie Lena Mitchell Walker to form the Woman’s Department of the Negro Reformatory Association of Virginia, which raised money for the development of the Industrial Home School for Colored Girls and the Virginia Manual Labor School for Colored Boys, both in Hanover County.

Although Bowser did not seek an active role in public affairs, in August 1895 she founded and became the first president of the Richmond Woman’s League. By July 1896 she had led the league in raising $690 to pay the legal bills of three black Lunenburg County women who were appealing murder convictions, two of them death sentences. Bowser became involved in other social causes and supported the founding and funding of organizations for treatment of tuberculosis, improved medical facilities, and medical insurance. As a result of an alliance she forged, the Federated Insurance League joined with the Woman’s League to support a Richmond branch of the Virginia Colored Anti-Tuberculosis League. 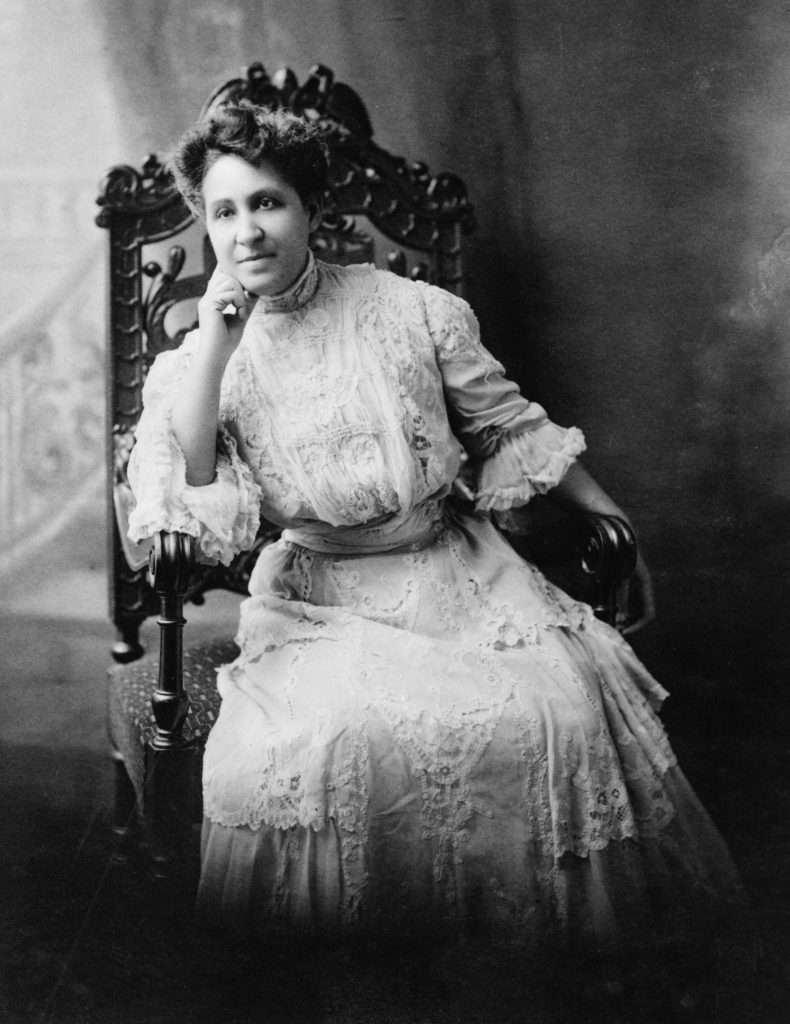 Bowser became active in the woman’s club movement that swept the nation late in the nineteenth century. She joined the Woman’s Era Club, of Boston, Massachusetts, an organization that raised money to create kindergartens for African American children, and for several years served as field editor, or reporter, from Virginia for its journal, the Woman’s Era. In July 1896 she participated as a member of its successor organization, the National Federation of Afro-American Women, and as president of the Richmond Woman’s League, in founding the National Association of Colored Women. Bowser was nominated for president of the new association but was not elected. She was also a founder of the Virginia State Federation of Colored Women’s Clubs in 1908.

In 1912, working with Mary Church Terrell and Maggie Walker, Bowser attempted to aid a young girl sentenced to be electrocuted for murder. Their combined efforts included a direct appeal to the governor of Virginia to reopen the case and commute the sentence. Despite the backing of the National Association of Colored Women, the girl was executed. Bowser and the association also publicly opposed lynching and racial segregation and supported universal woman suffrage. After ratification in August 1920 of the Nineteenth Amendment to the U.S. Constitution, which guaranteed voting rights for women, Bowser registered to vote in her Richmond precinct on September 2, the first day Virginia women were permitted to register.

Bowser continued her community work, teaching in the public schools until she retired in 1923. She taught Sunday school classes at First African Baptist Church for more than fifty years, until diabetes forced her to relinquish the work. In recognition of her many contributions to education, the first branch of the Richmond public library to be opened to African Americans was named for Bowser in 1925. A Richmond vocational training school for boys later bore her name. Bowser died of complications from diabetes on February 7, 1931, at her home in Richmond and was buried in East End Cemetery, which straddles the border of Henrico County and Richmond.