Bowers was born in New Haven, Connecticut, on April 25, 1905, to Fredson Eugene Bowers and Hattie May Quigley Bowers. At age sixteen he entered Brown University, and upon graduation in 1925 he began graduate study at Harvard University. He received his PhD in 1934 and six years later published portions of his 1,100-page dissertation as Elizabethan Revenge Tragedy, 1587–1642. 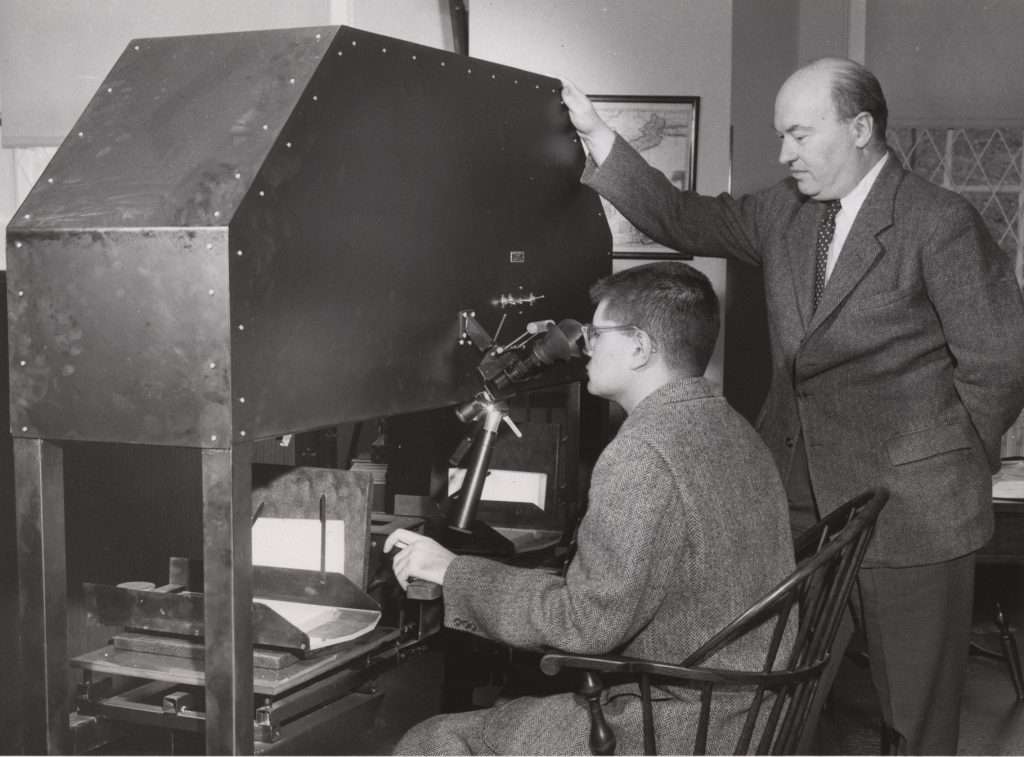 Fredson Bowers at the Hinman Collator

After teaching at Harvard and Princeton he was hired by James Southall Wilson in 1938 to join the English faculty at the University of Virginia. His career there was interrupted during World War II (1939–1945) by service in the U.S. Naval Reserve, where he supervised an intelligence unit deciphering Japanese codes. Close analysis and the detection of patterns were also playing increasing roles in his scholarship, and he began work on a project he was to pick up again a few years before his death, an account of the physical features of all English plays published between 1660 and 1700. One outcome was his synthesis of such practices in Principles of Bibliographical Description (1949), which continues to be the core work in the field of physical bibliography.

His growing recognition of what the physical features of books could tell about their production history coalesced with his developing interest in tracing the history of texts and preparing new editions. The outcome was that his work for the next three decades concentrated on establishing editorial principles and then applying them in new editions of writings from the sixteenth through the twentieth centuries. Building on the insights of W. W. Greg, Bowers emphasized the importance of the scholar’s critical judgment in reconstructing the author’s intentions for a work. In 1947 he helped to found the Bibliographical Society of the University of Virginia, and he edited the society’s journal, Studies in Bibliography, from its inception in 1948 until his death. This substantial publication quickly became renowned, both in the United States and abroad, and it served as a venue for exploring and publicizing the kind of activity in which Bowers and his students were engaged.

The influence that Bowers exerted through his activities as teacher and administrator, his involvement in professional societies, his scholarly writings, his editions, and his journal rippled throughout the world. His university, to which he had drawn international attention, gave him its highest honor, the Thomas Jefferson Award (1971), and other scholars referred to the “age of Bowers.” His impact was both acknowledged and extended by his lectures in three prestigious series, the A. S. W. Rosenbach Lectures in Bibliography (University of Pennsylvania), the Sandars Lectures in Bibliography (Cambridge), and the Lyell Lectures in Bibliography (Oxford). Those talks resulted in three books: respectively, On Editing Shakespeare and the Elizabethan Dramatists (1955), Textual and Literary Criticism (1959), and Bibliography and Textual Criticism (1964). Among his other honors were the Gold Medal of the Bibliographical Society in London (1969); a Fulbright (1952–53) and two Guggenheim fellowships (1958–59, 1970); election to the American Academy of Arts and Sciences (1972); and honorary degrees from Brown University (1970), Clark University (1970), and the University of Chicago (1973). Bowers’s influence and administrative skill earned him a place in popular culture as the inspiration for “General Fred Bowers,” a character in the 1965 film Frankenstein Meets the Space Monster, which was written by fellow Virginia writers R. H. W. Dillard and George Garrett. 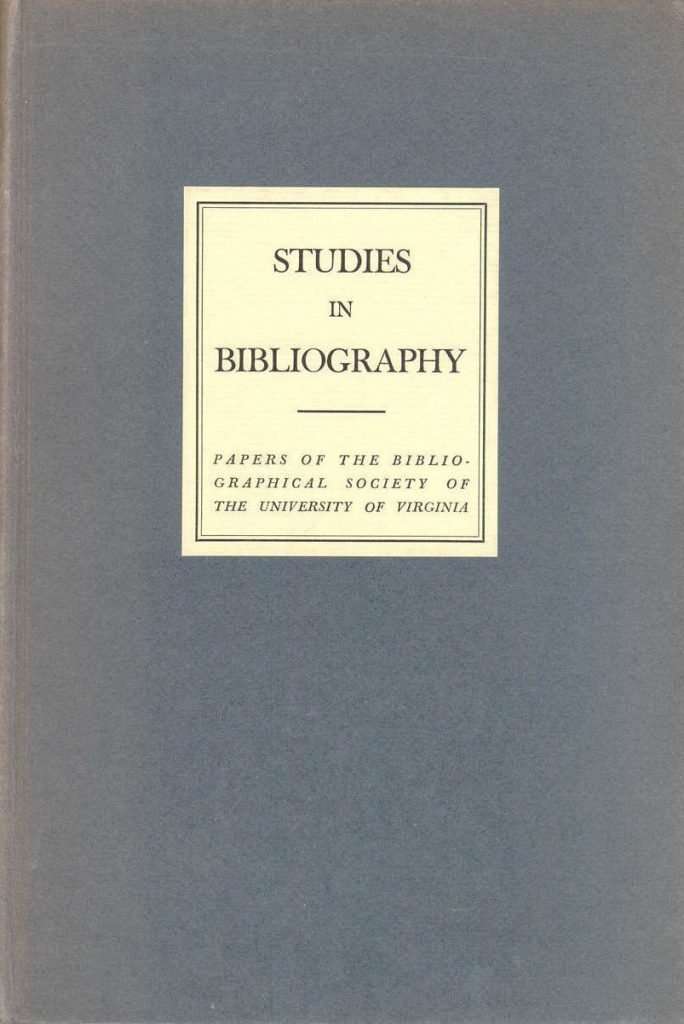 Selections from the three million words of scholarly prose that Bowers published were collected in his Essays in Bibliography, Text, and Editing (1975) and Hamlet as Minister and Scourge and Other Studies in Shakespeare and Milton (1989). His immense energy and quick expertise in the objects of his attention also found expression in fields other than academic ones. His first book, The Dog Owner’s Handbook (1936), developed from his breeding of Irish wolfhounds, and for thirty years he judged dog shows. During the 1950s he published articles on stamps and postal history, and from 1939 to 1966 he wrote 1,162 weekly columns on classical recordings for the Richmond Times-Dispatch.

Bowers was married twice: on November 11, 1924, to Hyacinth Adeline Sutphen (the marriage produced three sons and a daughter before it ended in divorce in 1936), and to the novelist Nancy Hale (from March 16, 1942, until her death on September 24, 1988), with whom in 1960 he built their house “Woodburn” north of Charlottesville in Albemarle County.

He died on April 11, 1991, and his ashes were buried next to the grave of Nancy Hale at Forest Hills Cemetery in Boston, Massachusetts.