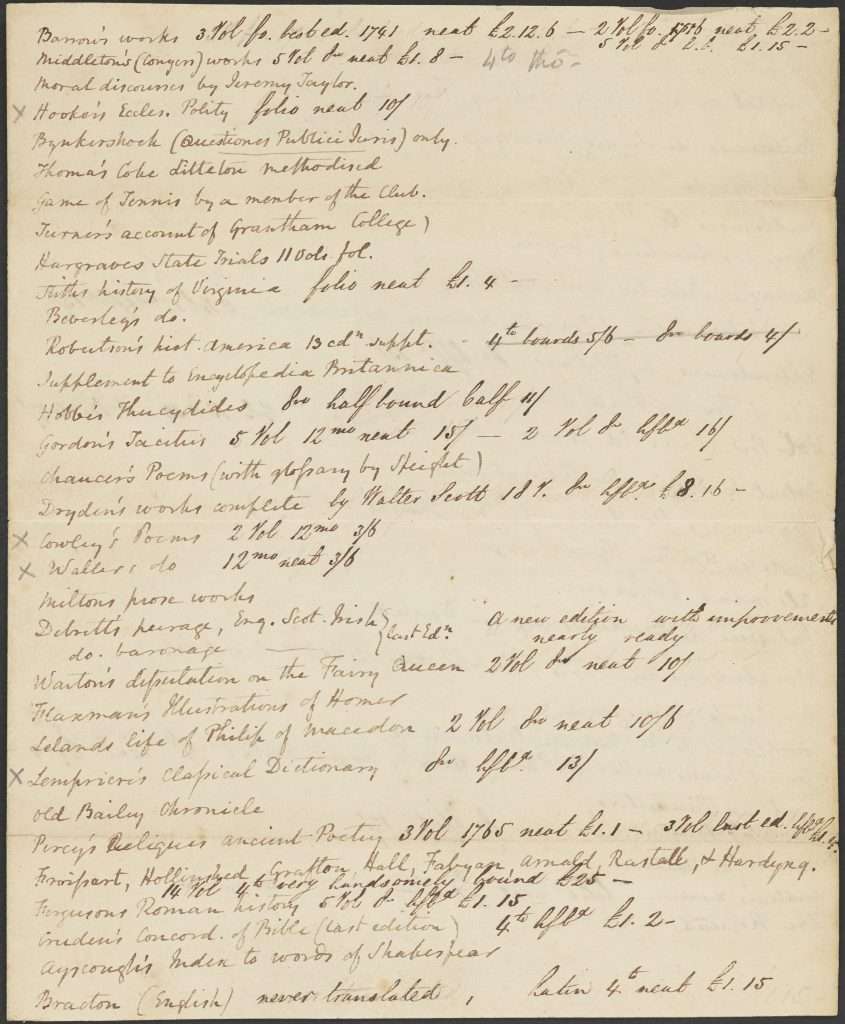 In September 1824 Bonnycastle met with Francis Walker Gilmer, the agent for the new University of Virginia, who was in England to hire faculty members. Negotiations proceeded rapidly, and Bonnycastle formally accepted the university’s first professorship of natural philosophy. The fact that he had been educated at the Royal Military Academy obligated him to obtain permission from the British government before accepting any foreign post or risk a fine of £500. Gilmer’s imminent departure left Bonnycastle without time to secure the needful permission, and so he incurred the penalty in the belief that matters could be straightened out later. Ultimately Thomas Jefferson himself had to intervene in Bonnycastle’s behalf, and the university advanced Bonnycastle the money to settle with his government.

After this inauspicious beginning Bonnycastle enjoyed a fruitful association with the University of Virginia. He served as professor of natural philosophy from the time of his arrival in 1825 until he succeeded Thomas Key in 1827 as professor of mathematics. Bonnycastle continued in the latter post until his death in 1840 and served as chair of the faculty senate from 1833 to 1835. As one of the first professors at the university, Bonnycastle helped shape the curricula of the schools with which he was associated. In his natural philosophy course he taught standard Newtonian physics sprinkled with discussions of some of the more recent but elementary advances in the subject. Bonnycastle also emphasized laboratory work and introduced raised benches in his classroom so that his students might better observe the demonstrations. 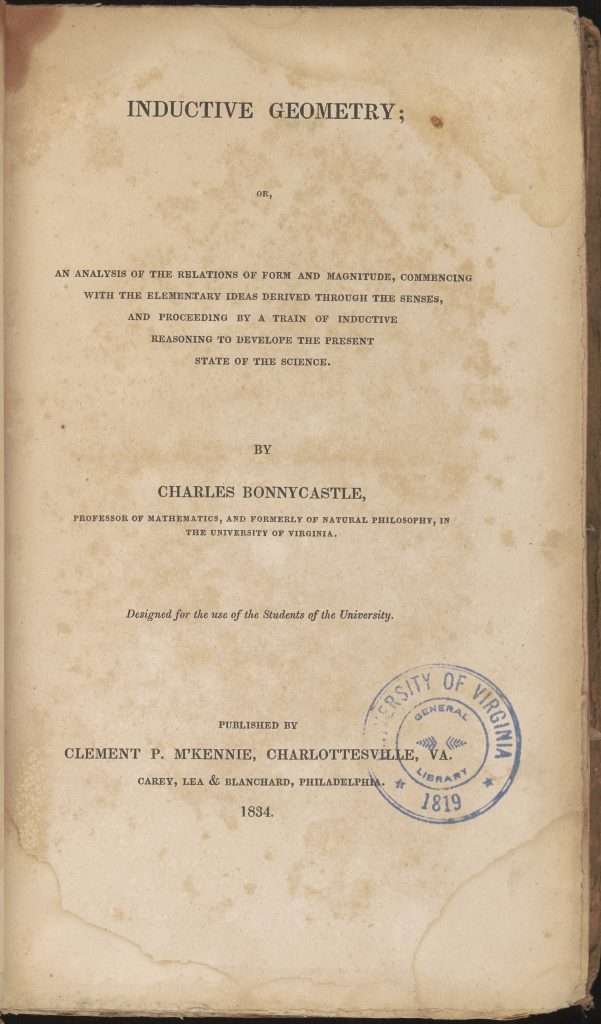 As mathematics professor, “Old Bonny,” as he was fondly called, replaced the antiquated British approach to mathematical pedagogy typified by his own father’s texts with a new approach borrowed from French mathematicians. British writers had imitated Euclid by clinging to the deductive manner of presenting material. They opened their texts with axioms and definitions and proceeded to the derivation of facts and theorems. Although logically satisfying to mathematicians, the method did little to motivate beginning students. French textbook writers, on the other hand, approached mathematics analytically, leading from concrete examples to abstractions. Bonnycastle introduced this method at the University of Virginia and published his own college textbook, Inductive Geometry, or, An Analysis of the Relations of Form and Magnitude: Commencing with the Elementary Ideas Derived Through the Senses, and Proceeding by a Train of Inductive Reasoning to Develop the Present State of the Science (1834). Painfully prolix even by nineteenth-century standards, the innovative book was not a financial success.

Bonnycastle also published several articles on mathematical and physical topics in the Transactions of the American Philosophical Society. In 1836 he acted to supplement the university’s course offerings in the pure sciences with applied subjects by instituting the Department of Civil Engineering. Bonnycastle’s interests outside of these scholarly fields included philosophy, metaphysics, ancient languages, and modern literature.

On January 10, 1826, Bonnycastle married Ann Mason Tutt, of Loudoun County. They had one son and two daughters. Charles Bonnycastle died in Charlottesville on October 31, 1840, and was buried in the University of Virginia Cemetery. His estate was valued at more than $23,000, including a library of more than 1,000 volumes.