Prior to 1696, colonial affairs were supervised in England by a series of royally appointed committees. King James I appointed the first of these in 1622 as a temporary committee of inquiry into colonial trade. In 1634, Charles I appointed a new commission for regulating plantations with the Archbishop of Canterbury as its head; its primary goals were to increase royal authority and the influence of the Church of England in the colonies, particularly given the great migration of Puritans to the New World. Soon after the committee started its work, however, the English Civil Wars erupted, initiating a long period of political instability in England. As a result, the productivity of this type of committee in the mid- to late seventeenth century was often short-lived. The committees tended to drift into impotence after a vigorous start—the inevitable effect of conflict between monarchists, who had no reason to support measures that might play into the hands of parliamentary supporters, and Parliamentarians, who had little incentive to approve recommendations that would help royalists in the colonies.

Supporters of Parliament defeated the king in early encounters, so parliamentary leaders created their own commission for the plantations, which in turn was displaced in 1649 when the Rump Parliament created a subcommittee of the council of state to run the colonies. This committee was entrusted with regulation of colonial trade, but had very little ability to curb colonial opposition to England’s new government, the Protectorate. Another board was created in 1655 with particularly strong support from Oliver Cromwell, England’s head of state at that time. But that board lost its justification, too, and declined quickly. In 1660, after Charles II was restored to the throne, two committees were formed to administrate the colonies: one for trade, and one for plantations. The two committees merged in 1672. Finally, in 1675, the king appointed a committee of the Privy Council called the Lords of the Committee of Trade and Plantations, also known as the Lords of Trade. This committee was the strongest version yet, and functioned effectively—with a brief interruption caused by the Glorious Revolution—until May 1696, when William III, pressured by the House of Commons, created a new advisory body, the Board of Trade.

Board of Trade Established

The Board of Trade was not a committee of the Privy Council, as its predecessors had been. The new board was composed of eight members, each of whom earned an annual salary of 1,000 pounds (except for the board’s president, who earned more). Its responsibilities included managing English trade, both domestic and foreign; overseeing the care and employment of the poor; and supervising colonial affairs. This last duty included corresponding with the colonies on behalf of the Crown, reporting the information they received from the colonies to the king, reviewing laws passed by colonial assemblies, and nominating colonial officials for royal appointment—all with the goal of ensuring the colonies’ commercial profitability for England.

Export of Virginia Tobacco and Its Popularity in Britain

From an administrative perspective, the Board of Trade seemed to have its work cut out for it: the American colonies were larger and more vital to England than ever before, thus requiring more attention than in previous years, and were growing by the day. The population of British North America rose from about 250,000 in 1700 to almost 2 million in 1770. Imports from the continental colonies to Britain increased 165 percent between 1701 and 1710 and between 1761 and 1770; British exports to the American colonies in the 1740s were valued at almost 900,000 pounds, increasing over the next twenty years by almost 130 percent. As the colonies grew in size and wealth, they also became more valuable in defending Britain against its enemies, France and Spain. Between 1687 and 1715, colonists confronted hostile armies and navies all along the east coast of America; international conflict again spilled into the American colonies in the mid-eighteenth century, with King George’s War and the Seven Years’ War. Foreign wars produced issues to be debated and information to be evaluated. Committees spent increasing amounts of time reading letters brought in naval vessels, going over official reports, interviewing returned colonial officials, hearing the cases of Americans representing the assemblies or interest groups, interviewing lobbyists for colonial interests, and negotiating favors for their constituents.

Yet these circumstances did not result in the systematically sustained committee work that one might have expected. Despite the promising developments in the colonial world, the board’s work began to decline, perhaps because of numerous ministerial changes in the British government at that time. Indeed, after 1714, the board sank into decades of inactivity, which may have helped contribute to Britain’s unofficial policy of salutary neglect.

The stagnating board was revived in 1748 with the appointment of an energetic new president, George Montagu-Dunk, earl of Halifax. Under Halifax’s ambitious leadership, the board conducted an investigation of the colonial dispatches that had been neglected by its predecessors; regained the board’s right to nominate colonial governors, a duty that had been assumed by the secretary’s office in the 1720s; provided the Privy Council with more thorough reports than ever before; and began slowly to reclaim the power that had been absorbed by colonial governments during the period of salutary neglect.

The board’s increased involvement was a surprise to colonial assemblies. In 1748–1749 the General Assembly decided to undertake a full revision of Virginia’s laws—the first in more than forty years. The body submitted its work to the Board of Trade expecting the customary response: no response at all. Prior to Halifax’s tenure the Board of Trade had reviewed colonial laws, but for the most part took no action. The idea was that not confirming or disallowing a particular law reserved the agency’s right to do so in the future. (This policy was adopted to ensure colonial dependence on the Crown, but in fact it had the opposite effect: colonial assemblies became increasingly self-reliant and efficient at passing legislation.)

Instead, the board deliberated over the revisions between March 14 and 23, 1751. They confirmed fifty-seven of the revised acts; disallowed ten ab initio, or from the enactment date; assigned fifteen a probationary status; and referred three to the Lords of the Treasury. Most notably, the board made clear its intentions to forbid the alteration of previous laws if they did not contain a suspending clause. This meant that any revision of almost any Virginia law, no matter how practical, could be disallowed from its inception if it was found noncompliant with the interests of the Crown. It limited not only the General Assembly’s authority, but also its flexibility. It was a sign that that the board intended to play a much larger role in colonial legislation than it had in years past.

The General Assembly received the Crown’s report in 1752—three years after it had completed the revision—and was forced to reinstate old laws and repeal new ones that had already been in place for years. The Virginia assembly petitioned against the mandatory use of the suspending clause, but to no effect. Meanwhile, the Board of Trade was so pleased with the results of the Virginia law revision that it ordered the other American colonies to undergo the same procedure.

Decline of the Board of Trade in the Colonies

Halifax served more than a dozen years, but after he left the board in 1761, successive committees of trade fragmented again. Halifax’s successors served only one or two years each, if that. William Petty, earl of Shelburne, left his post after only a few months because he could not get along with his colleagues; Wills Hill, earl of Hillsborough, served two years as board president before resigning over its policy regarding western lands. 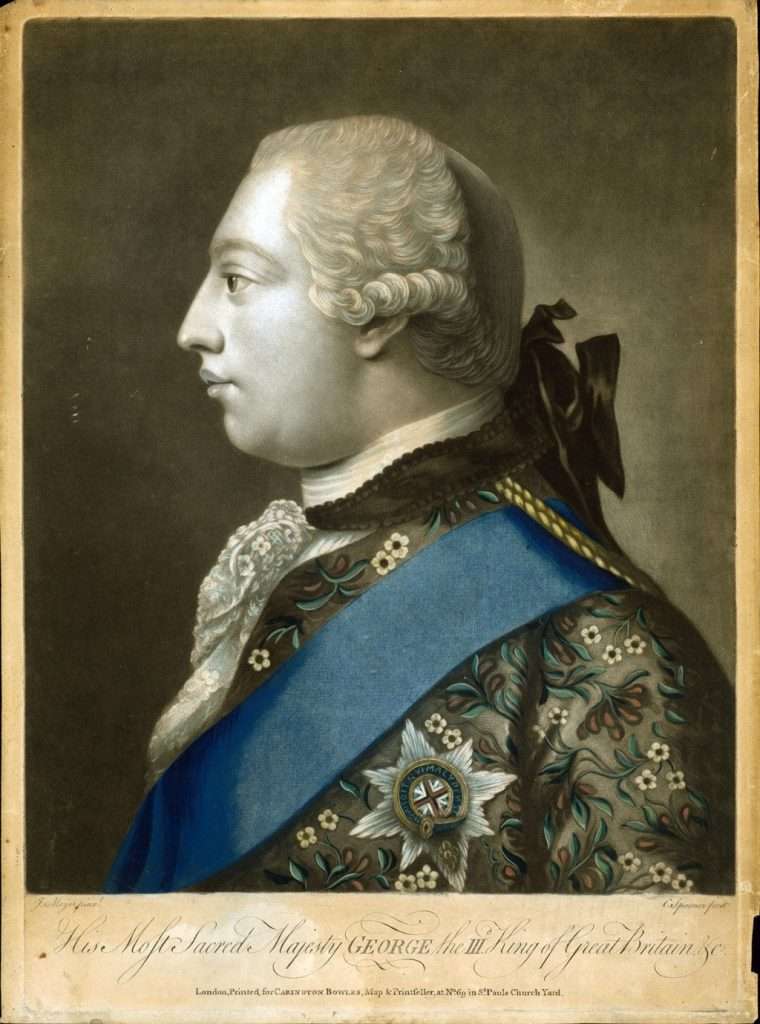 The board became a less effective deliberative body when members were continuously moved in and out in response to the ministerial instability of the 1760s under the reign of George III. The board met less and less often, and rarely consulted representatives of interest groups. Increasingly its recommendations on matters like Indian affairs were ignored in the colonies. As the Board of Trade lost the respect of colonial officials, members of Parliament, and the Privy Council, control of colonial affairs drifted to whoever held the cabinet position, created in 1768, of secretary of state for the colonies. Once the American colonies declared their independence from England in 1776, the erratic oversight of the Board of Trade was no longer necessary. An act of Parliament abolished the body altogether in 1782.

RELATED CONTENT
Categories:
MAP
TIMELINE
May 1696
King William III appoints a body of eight commissioners, known as the Board of Trade, to supervise colonial laws, particularly those that might contradict imperial trade policy.
1714
The Board of Trade's level of colonial involvement declines.
1748—1749
The General Assembly undertakes a full revision of Virginia's laws.
October 7, 1748
George Montagu-Dunk, earl of Halifax, is appointed president of the Board of Trade and ushers in an era of renewed involvement in colonial activity.
March 14—23, 1751
The Board of Trade deliberates over the revisions made by the General Assembly to Virginia's laws. It confirms fifty-seven of the revised acts, disallows ten ab initio, assigns fifteen a probationary status, and refers three to the Lords of the Treasury.
March 21, 1761
George Montagu-Dunk, earl of Halifax, steps down as president of the Board of Trade.
1768
The office of secretary of state for the colonies is established. This cabinet position absorbs control of colonial affairs from the Board of Trade.
July 4, 1776
The Second Continental Congress issues the Declaration of Independence, which labels King George III a tyrant and calls him "unfit to be the ruler of a free people."
1782
An act of Parliament abolishes the Board of Trade.
FURTHER READING
CITE THIS ENTRY