Blair was the only recorded son of Archibald Blair and his first wife, whose name is not known. He was born in Scotland around 1687 and before his father immigrated to Virginia in the 1690s. He was educated at the College of William and Mary and lived virtually all of his life in Williamsburg.

Blair was a manager of the mercantile house in Williamsburg known as Dr. Blair’s Store, of which his father was the largest shareholder, until Archibald Blair died in 1733. For about fourteen years during the 1740s and 1750s Blair was a partner of John Blair Jr., the son of a cousin, in another Williamsburg store. The names of John Blair and John Blair Jr. often appear together in the records of York County. Blair also owned several valuable properties in Williamsburg, including the Raleigh Tavern, which he rented to a succession of tavern keepers and sold in 1742, and the Chowning Tavern, which he owned from 1726 to sometime before 1739. In 1745 Blair and seventeen other men received a grant for one hundred thousand acres of land on the Potomac and Youghiogheny rivers.

Blair’s long and distinguished public career may have begun as early as 1715, when he or a namesake cousin was named keeper of the royal storehouse in Williamsburg. Blair took the oaths of office as a justice of the peace for York County on August 17, 1724, and served until he was sworn in as a member of the governor’s Council more than two decades later. He was appointed naval officer for the upper district of the James River on February 5, 1727, and held that post until he became deputy auditor general on August 15, 1728. Blair remained deputy auditor until his death. He succeeded his father as burgess for Jamestown in 1734, and he represented Williamsburg from 1736 to 1740. He was probably the John Blair who served as mayor of Williamsburg in 1751. He also served as a vestryman of Bruton Parish beginning at least as early as 1744, was a churchwarden about 1749, and was a visitor of the College of William and Mary in 1758. Blair served as clerk of the governor’s Council from April 22, 1741, until October 15, 1741, during part of which his uncle James Blair was acting governor. 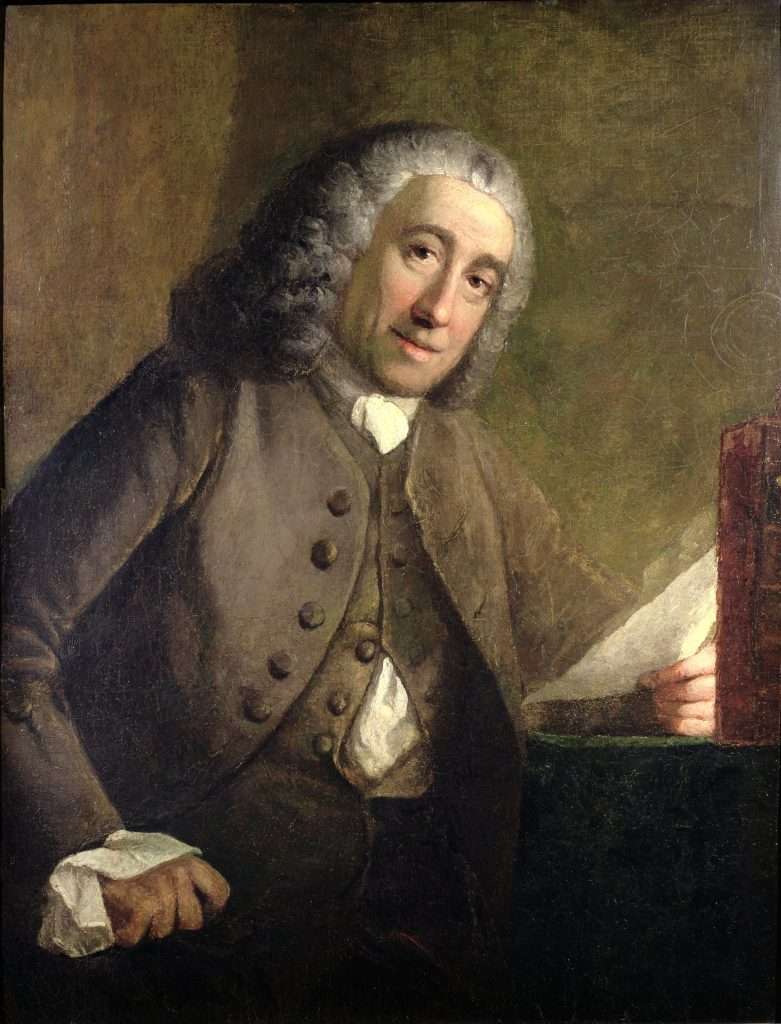 In February 1745 Governor William Gooch recommended that John Blair be appointed to a vacant seat on the Council. Gooch had not recommended him earlier because Blair “was in narrow Circumstances,” but with his inheritance of approximately £10,000 from James Blair, he had become “a proper Person to have a Seat at that Board.” Unknown to Gooch, on November 15, 1744, the king had already named Blair to the Council to fill a different vacancy. Blair took his seat on August 6, 1745, and served until October 15, 1770. In August 1757 he became the senior member, or president, of the Council and as such served as acting governor on four occasions: from the departure of Robert Dinwiddie on January 12, 1758, to the arrival of Francis Fauquier on June 5, 1758; in September and October 1761 while Fauquier was in New York to consult with General Jeffery Amherst; from late in September until early in December 1763 during Fauquier’s absence in Georgia; and from the death of Fauquier on March 4, 1768, to the arrival of Norborne Berkeley, baron de Botetourt, on October 26, 1768. When Botetourt died on October 15, 1770, Blair would have become acting governor a fifth time, but because of his old age and ill health he resigned from the Council that day. The Council later petitioned the king to grant Blair a pension, citing his long service and the “moderate Estate” from which he had to support his large family, but the king and Privy Council took no action before Blair’s death.

During his first term as acting governor, Blair called the General Assembly into session. In response to his address to the assembly on March 31, 1758, relaying the ministry’s request that Virginia raise an additional force for offensive operations against the French in the Ohio Valley, the assembly voted to create a second regiment. In March 1768, during his last term as acting governor, Blair again called the General Assembly into session, as Fauquier had intended to do. After the session closed in April, Blair transmitted to London the assembly’s addresses to the king and Parliament challenging the asserted right of Parliament to tax the colonies. The addresses so offended the ministry that Botetourt was speedily appointed governor of Virginia and sent to Williamsburg with instructions to put a stop to such protests. During his last term as acting governor Blair also learned that a fire had destroyed a convent and eighty-eight houses in Montreal, and at his urging the clergymen of Virginia raised £360 sterling in a special collection to aid the victims.

The post that Blair held the longest was deputy auditor general. During forty-three years in this office he was responsible for examining and certifying the accuracy of the accounts of the royal revenues, which included quitrents and the tax of two shillings per hogshead on exported tobacco. Blair reformed the procedures and improved the record keeping in the auditor’s office in order to thwart the schemes some Virginians had used to avoid paying quitrents. Probably because of his poor health and the death of his assistant, Blair did not manage his office well during the last two years of his life, and when his namesake son became deputy auditor in 1771 the accounts were in chaos.

Blair served on the committee of three councilors and six burgesses appointed in 1745 to revise the laws of Virginia. He also belonged to a committee that oversaw the rebuilding of the Capitol after it burned in 1747, to another appointed in 1763 to correspond with Virginia’s London agent, and to the board of trustees of the public hospital for lunatics established in 1769. Blair had the unique distinction of participating in bricklaying ceremonies for both of the Capitol buildings erected in Williamsburg. 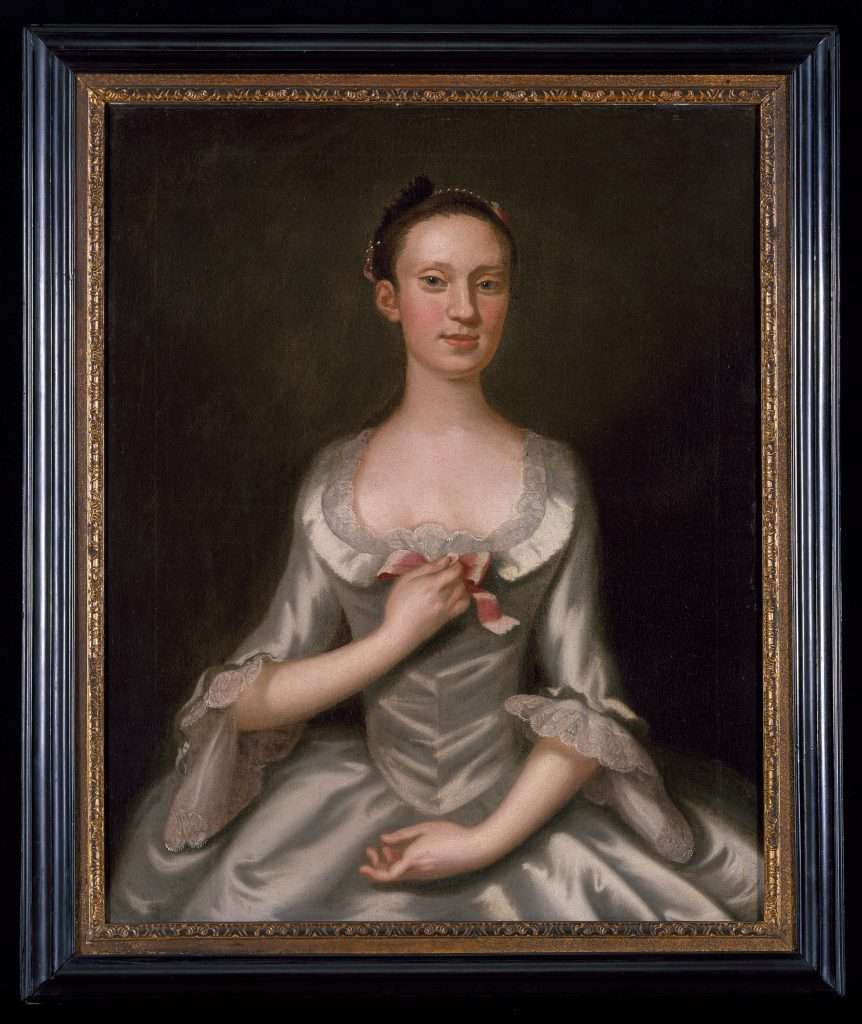 Blair’s only known marriage was to his first cousin Mary Munro about 1726. They had at least eight daughters and four sons. Their fourth child, also named John Blair, became an associate justice of the United States Supreme Court. John Blair died in Williamsburg on November 5, 1771, and was most likely buried in Bruton Parish churchyard.