Blind Billy was a Lynchburg musician born about 1805 of unknown parentage who was so renowned with his instrument that his death was noted in Lynchburg and Richmond newspapers. The slave of Howell Davies, he eventually gained his freedom. As with many antebellum black musicians, more can be learned about his artistry than his life. 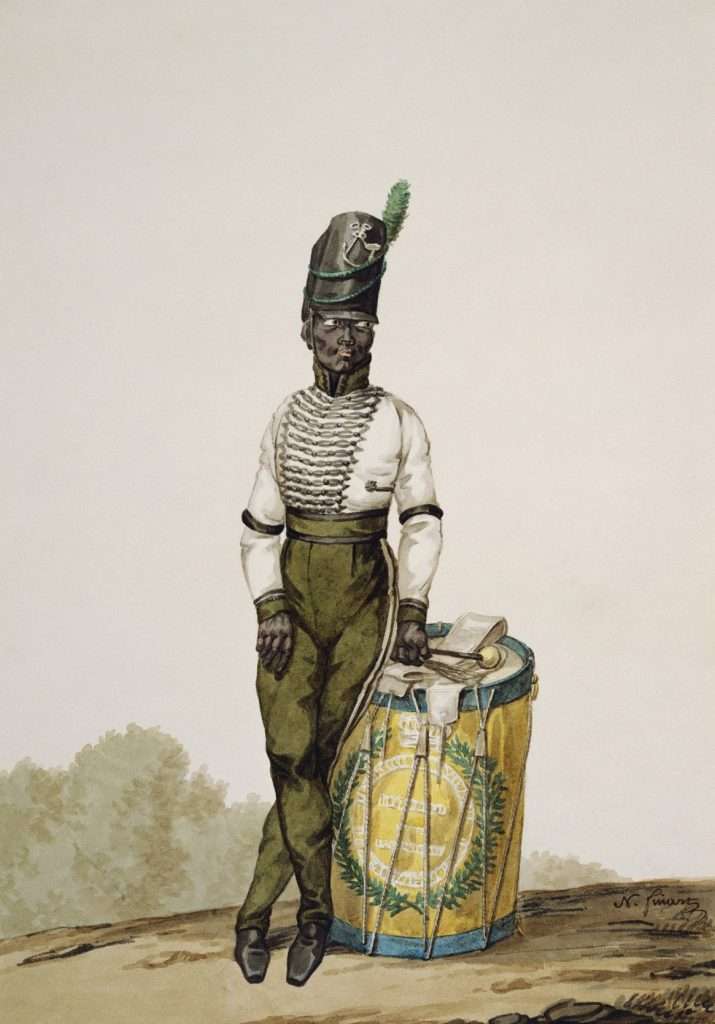 Drummer in the British Army

Blind Billy, as he was named in all known references, was part of a long tradition of black military musicians in England and the Virginia colony. Virginia legislative acts of 1723 and 1776 recognized and attempted to regulate blacks as musicians for militia companies. Fife-and-drum ensembles, often called “drum corps” or “martial bands,” were once as common as fiddlers, and march tunes were the specialty of the traditional fifer.

Fifers and drummers played on almost every public occasion. After parades, they would station themselves around town and play all day and into the night. One chronicler described Blind Billy standing on a street corner late into the evening playing “delightful old time music” while those outside stopped to listen and those inside were awakened. Blind Billy and Tom Perkins, a bank clerk and violinist, “would stand in the later hours of the night in front of the bank in which Mr. Perkins was employed, [where] they would send forth melody that would inspire a stoic with cheerfulness.” 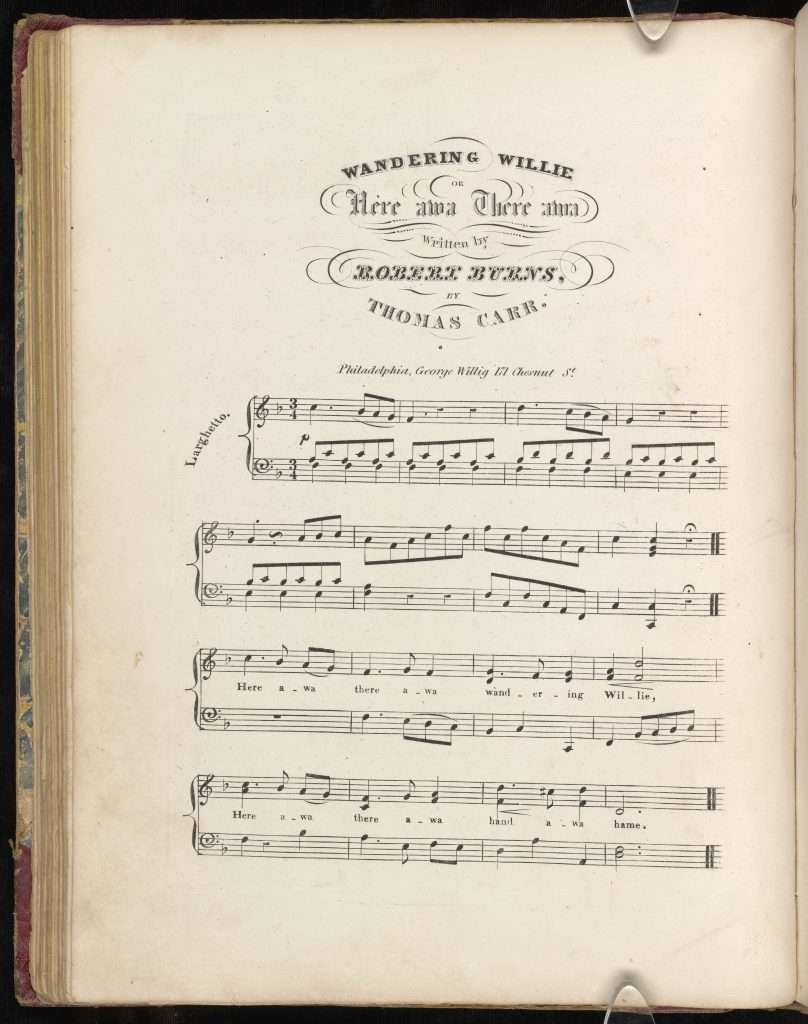 One of the tunes associated with Blind Billy, “Wandering Willie,” was a popular tune with diverse titles, which he reportedly played with much pathos. In recollections of Lynchburg written a few years after his death, an elderly local woman asked “who can now play so sweetly for us those touching old Scotch airs” as Blind Billy did. Many of the songs were from the British tradition, but the fife and flute had African associations as well and the musical influence went in both directions. Most fifers played by ear and developed their own variants of folk tunes, turning dance tunes into marches and marches into dance tunes.

Blind Billy was typical of fifers in that he played at balls and parties as well as on public occasions. Violin and flute or fife duos, popular at Virginia dance parties of the eighteenth and early nineteenth centuries, moved quickly from the minuet to the reel or jig. Blind Billy, like other antebellum black musicians throughout Virginia and the South, drew from British tunes and African melodic traditions to create an American music immensely popular with all its audiences. 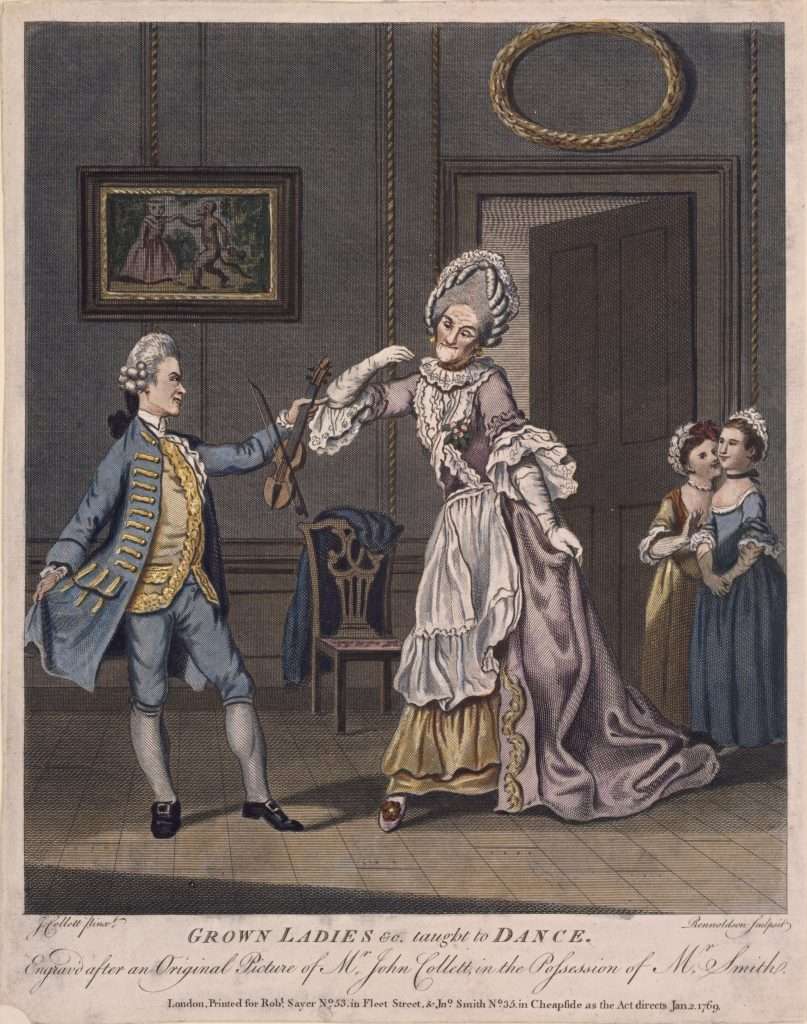 Described as a dark mulatto with handsome features and formal manners, Blind Billy was said to recognize the voices of all who spoke to him as he walked the city’s streets unaided. No source explains his sightlessness, although one account erroneously asserts that he was mute. His owner, Howell Davies, was a physician and pharmacist who may have treated and then acquired him when he was young. Blind Billy’s 1855 obituary noted that he had been “raised and owned” by Davies, but that he had obtained his freedom through a subscription raised among the townspeople a few years earlier. Skilled urban slaves in Virginia sometimes accumulated enough money for self-purchase, and Blind Billy’s own efforts may have been a factor in his manumission.

What little is known of Blind Billy’s family is inscribed on his tombstone, which reads “Erected by Ann Armistead, in memory of her husband Blind Billy.” But Billy’s surname remains unknown. Whether slave or free, Ann Armistead might have retained her last name if marrying an enslaved person, and an incorrect death date on the marker suggests that it was placed well after Billy’s death. The stone is also adorned with a carving of a broken fife. Blind Billy died of pneumonia on April 19, 1855, and was buried by the overseers of the poor in the Old City Cemetery (also known as the Old Methodist Cemetery) in Lynchburg.