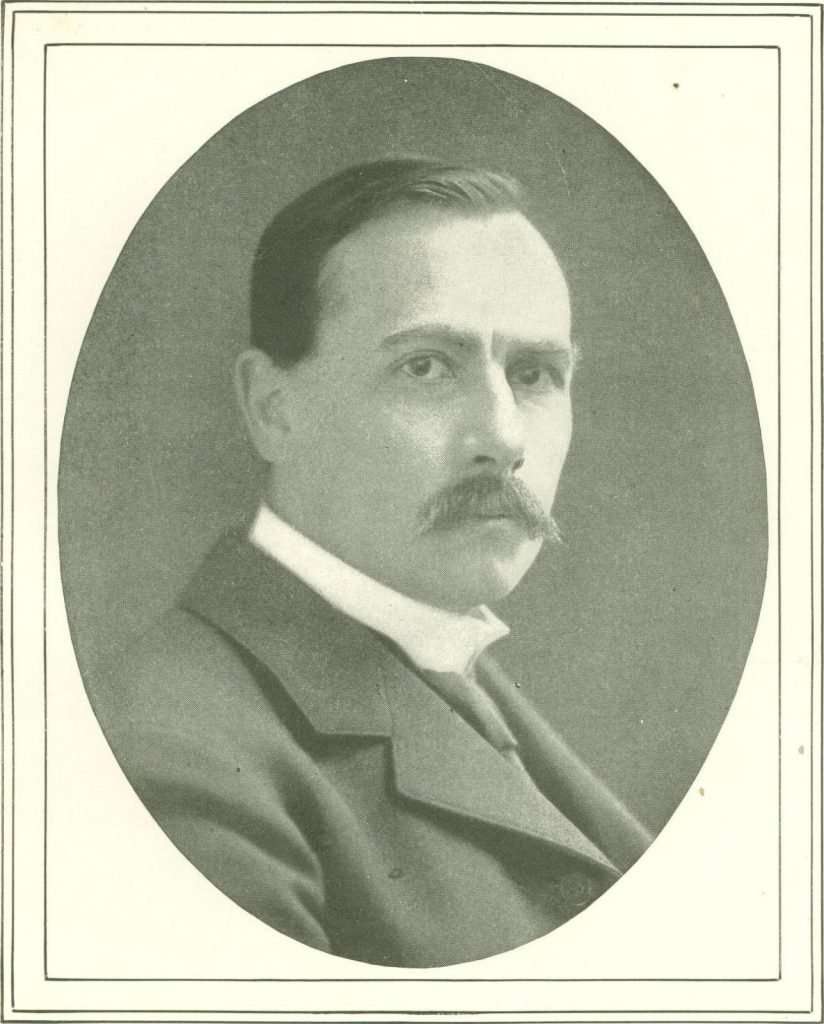 Walter Joseph Biggs was born on June 4, 1886, at Big Spring Depot in Montgomery County, the youngest of three sons and three daughters of Walter Joseph Biggs, a prosperous farmer and businessman, and Annie Southall Biggs. Only he and one of his sisters survived early childhood. When he was twelve years old his family moved to Salem, where he attended public school. Biggs displayed artistic talent and later enrolled in a correspondence course in pen-and-ink drawing. His parents sent him to Virginia Agricultural and Mechanical College and Polytechnic Institute (later Virginia Polytechnic Institute and State University) in the autumn of 1902 to study engineering, but Biggs was unhappy there. In 1903 he sent a sample of his drawings to Charles Schreyvogel, a well-known artist of the era, who advised him to apply to the National Academy of Design in New York City. Armed with this evidence of his talent, Biggs persuaded his reluctant parents to allow him to enroll that autumn at the New York School of Art (later Parsons The New School for Design).

For more than two years Biggs studied painting under various teachers, including Robert Henri, leader of the Ashcan School. Several of Biggs’s classmates became influential artists, among them fellow Virginian F. Graham Cootes, as well as Edward Hopper, Rockwell Kent, and George Wesley Bellows, with whom Biggs reportedly shared living quarters and a studio during his early days in New York. 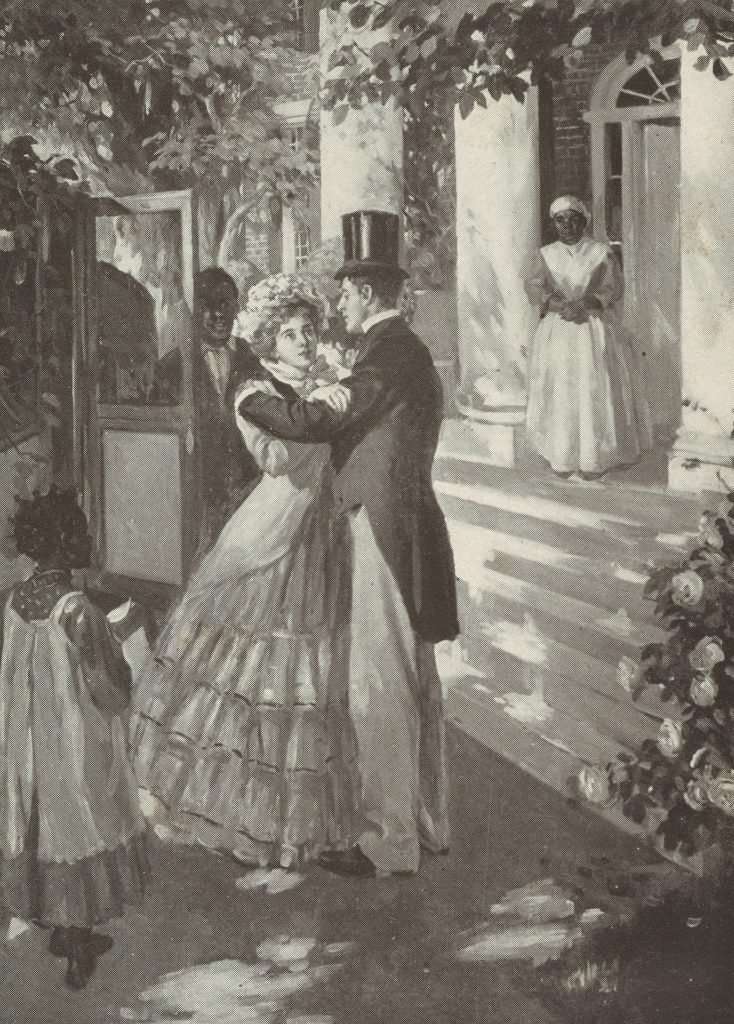 Biggs began achieving commercial success in 1905, when his illustrations appeared on the covers of Young’s Magazine in January and Field and Stream in July. After completing his formal art studies he rented a small studio and worked on a variety of projects. His early assignments included illustrations for a story in the McClure’s Magazine of October 1908, a color frontispiece for Myrtle Reed’s novel Old Rose and Silver (1909), and drawings for Belle Bushnell’s John Arrowsmith—Planter (1910). In May 1912 he illustrated a story in Harper’s Monthly Magazine, launching a twelve-year relationship as a contributor to that magazine. In 1913 Biggs’s illustrations appeared in the January issue of the Delineator, in Kate Langley Bosher’s novel The House of Happiness, and in The Land of the Spirit, a collection of short stories by Thomas Nelson Page. He illustrated a series of stories by Armistead Churchill Gordon that appeared in Scribner’s from 1914 to 1916 and were also published as Ommirandy: Plantation Life at Kingsmill (1917). In 1918 he illustrated a story by Alice Hegan Rice for the Century. Many of those illustrations were set in the American South, and Biggs won praise during his career for his sympathetic portrayals of African American life.

In 1919 Biggs moved to an apartment on the top floor of a building on West Sixty-Seventh Street between Central Park West and Columbus Avenue. By the 1930s that city block had become a haven for writers and artists, and Biggs was among those mentioned by the syndicated columnist Oscar Odd McIntyre in a piece that compared the area to Paris’s Latin Quarter. In 1921 Biggs had a studio built behind his mother’s house so that he could work during his frequent visits to Salem. He filled his notebooks with sketches of the Roanoke Valley’s people and places for use in his illustrations. On August 4, 1923, he married one of his models, Mildred Armstrong, but by 1937 the childless marriage had ended in divorce.

During the 1920s and 1930s Biggs acquired a national reputation as a leading illustrator. His romantic, impressionistic style, the beauty and artistic quality of his palette, and his mastery of images of the American South impressed the art editors of major magazines. He also became a popular advertising artist, portraying products of major manufacturers in engaging settings that appealed to readers of mass magazines. Biggs’s work appeared in nearly all of them, including Cosmopolitan Magazine, Ladies’ Home Journal, McCall’s, Saturday Evening Post, Scribner’s, and Vogue. He also illustrated an Ellen Glasgow story in the December 1924 issue of Woman’s Home Companion. By the mid-1940s Biggs had put aside oils in favor of the spontaneity of watercolor, using a minimum of water to work the paint and draw out detail, one of his trademarks. Biggs’s illustrations rank with those of Howard Chandler Christy and N. C. Wyeth and have achieved the stature of fine art.

Biggs exhibited paintings in shows in New York, Chicago, and Philadelphia, winning many prizes at competitions. Art museums and private collectors acquired his canvasses. He also taught at the Art Students League, the Grand Central School of Art, and the Phoenix Art Institute, and several of his students went on to distinguished careers. Biggs was honored by many arts organizations and became a member of the National Academy of Design, the American Water Color Society, the Philadelphia Water Color Club, the Society of Illustrators, the Salmagundi Club, and Allied Artists of America. On November 20, 1963, he was inducted into the Society of Illustrators’ Hall of Fame.

Biggs retired from illustrating late in the 1950s and returned to Salem to live with his sister Lucy Biggs Langhorne in their mother’s house. He closed his studio in New York soon after. With more leisure time he resumed working in oil and produced numerous paintings. On June 4, 1961, Biggs received an honorary degree of doctor of fine arts from Roanoke College. In 1965 he was an artist in residence at the college, but by then he was suffering from cataracts and failing health. Remembered with affection as a courtly, modest man, and one of the Roanoke Valley’s most celebrated artists, Biggs died at the Roanoke Rehabilitation Center on February 11, 1968. He was buried in Sherwood Memorial Park in Salem.

Interest in Biggs’s work did not diminish after his death. At a 1968 estate auction that attracted 1,500 people to the Salem–Roanoke Valley Civic Center, more than 100 of his works were sold. The Roanoke Fine Arts Center mounted a show of his art in February 1969. Roanoke College, which owns a large collection of Biggs’s paintings and sketchbooks, hosted an exhibition of his work in May 1980 and sponsored a second show in the centennial year of his birth, when it dedicated the Walter Biggs Studio in the Olin Hall Student Art Center.