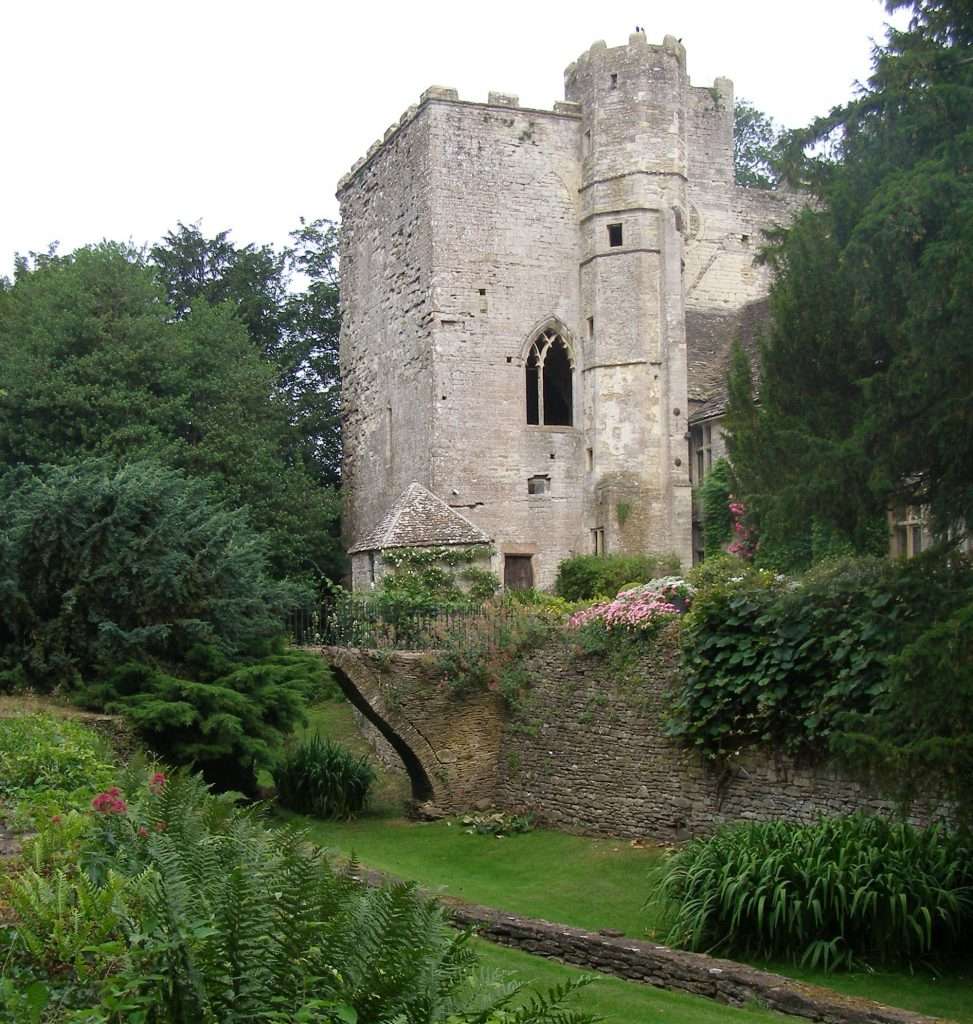 Berkeley, the only son and one of four children of Sir John Berkeley and his first wife Frances Poyntz Berkeley, was born probably at the family estate, Beverstone Castle in Gloucestershire, England. The Berkeley family had once owned more than thirty manors in eight shires, but by the time of Berkeley’s father’s death in October 1582, the family estate had been reduced to the one property of Beverstone Castle and Manor. On November 6, 1582, Berkeley married Mary Snell at Kington Saint Michael in Wiltshire, and by the time he left England for Virginia they had six sons and four daughters. The family fortunes continued to decline until at least 1597, when Berkeley sold Beverstone Castle to a cousin and disappeared from the public record for more than twenty years.

During that time Berkeley may have worked as an iron manufacturer, perhaps in collaboration with his Poyntz relatives. His experience in iron smelting and forging brought him to the attention of the Virginia Company of London in 1621. A major goal for the colony of Virginia had been the establishment of a productive and profitable ironworks. Even after the expenditure of more than £4,000 sterling and the sending of more than 150 workmen to Virginia, that hope had not been realized, and the most recent ironmaster, Benjamin Bluett, had been murdered within months of his arrival. In a May 1621 contract similar to that offered Bluett, Berkeley agreed that he would provide twenty skilled men to serve the company for seven years in exchange for a grant of 800 acres of land, £50 to cover his expenses, and free transportation and support for his team for one year. Berkeley’s party, including his eldest son, Maurice Berkeley, and three family servants, sailed from the Isle of Wight for Virginia about June 25, 1621. 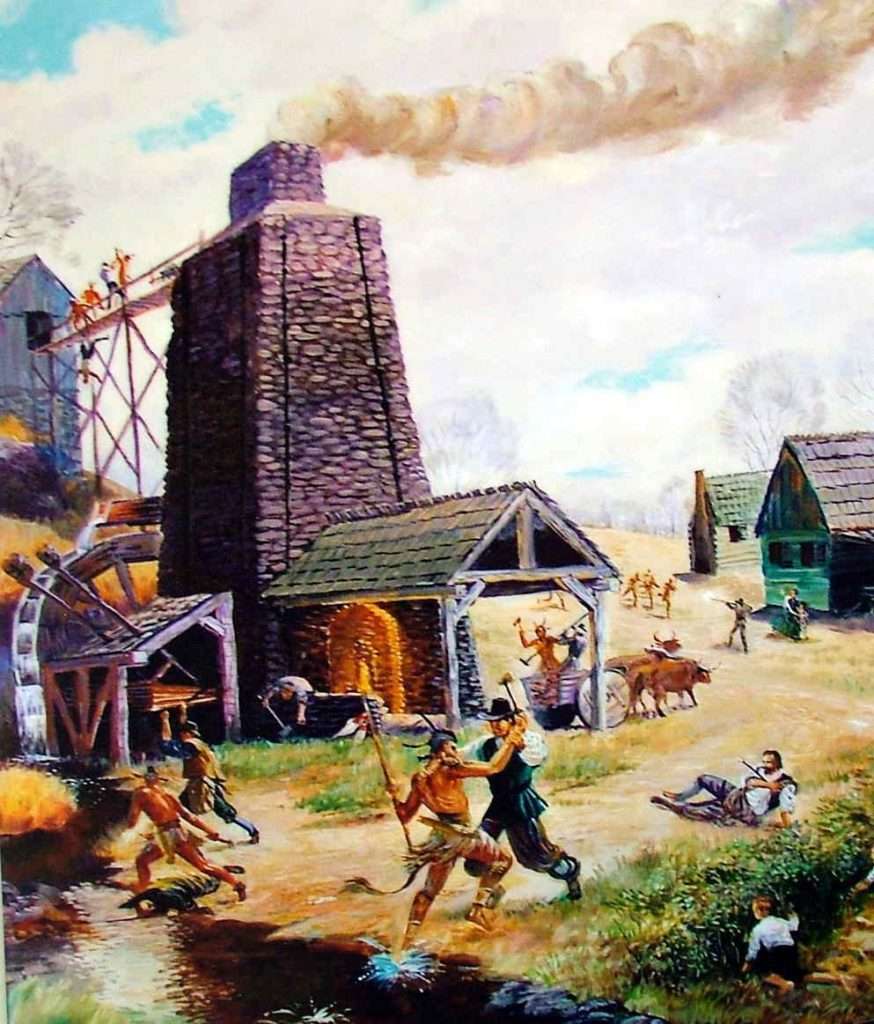 On July 24, 1621, even before he reached the colony, Berkeley was appointed to the governor’s Council. His overall attendance record is unknown, but he went to at least one meeting. When he arrived in the colony, he went almost immediately to the ironworks at Falling Creek, located in what is now Chesterfield County. He found “wood, water, mynes, and stone” at the site, wrote the company that “a more fit place for Iron-workes … was not to be found,” and promised that by Easter 1622 he would be producing large quantities of high-quality iron. He did not live to fulfill his promise. John Berkeley and twenty-six other persons at the ironworks died in the Indians’ concerted uprising of March 22, 1622. The Powhatans damaged much of the equipment at the ironworks and threw some of it into the James River.

Maurice Berkeley, who had been placed in charge of the colony’s saltworks in January 1622, survived because he was not at Falling Creek when the Indians attacked. In August 1622 he took charge of the few remaining ironworkers. In January 1623 the Council was considering reinforcing the defenses of the ironworks, but because of the loss of so many of the principal workmen the plan was not put into effect. Shortly afterward Maurice Berkeley returned to England, where in November 1623 his petition to be released from the remainder of his seven-year term of service to the company was granted. The loss of the ironworks, for which John Berkeley had expressed high hopes and in which as much as £5,000 had by then been invested, was one of the financial disasters that soon thereafter reduced the Virginia Company to bankruptcy.

RELATED CONTENT
Categories:
Type:
MAP
TIMELINE
ca. 1560
John Berkeley is born probably at his family's estate, Beverstone Castle in Gloucester, England. He is the only son of Sir John Berkeley and his first wife, Frances Poyntz Berkeley.
November 6, 1582
John Berkeley marries Mary Snell at Kington Saint Michael in Wiltshire. They will have six sons and four daughters.
1597
John Berkeley sells his family estate, Beverstone Castle, to a cousin, following the decline of the family fortunes.
May 1621
John Berkeley's experience in iron smelting and forging brings him to the attention of the Virginia Company of London and Berkeley agrees to provide twenty skilled men to serve the company for seven years in exchange for a grant of 800 acres of land, ¬£50 to cover his expenses, and free transportation and support for his team for one year.
June 25, 1621
John Berkeley, his eldest son, and three family servants sail from the Isle of Wight for Virginia.
July 24, 1621
John Berkeley is appointed to the governor's Council before he even reaches the Virginia.
March 22, 1622
John Berkeley and twenty-six other persons at the ironworks at Falling Creek in Chesterfield County die in the Indians' uprising of this date.
FURTHER READING
CITE THIS ENTRY