Bayne was born around 1824 in North Carolina. His parents were both probably slaves. As a young man he was known as Samuel Nixon, but there is no certainty that this was his name at birth; he may have acquired it from one of the several masters that he served before becoming a fugitive from slavery in 1844.

After eluding capture for twelve months, Nixon was arrested. When no claim was made on him, he was sold to Charles F. Martin, a dentist with whom he moved to Norfolk from North Carolina. Martin soon discovered that Nixon could read and write. The young slave’s education, keen intellect, and exceptional talents persuaded the dentist to teach him the rudiments of his profession. Nixon proved to be an able and trustworthy assistant. Martin sent him out at night to make house calls and permitted him to marry a woman named Edna, with whom he had one daughter. 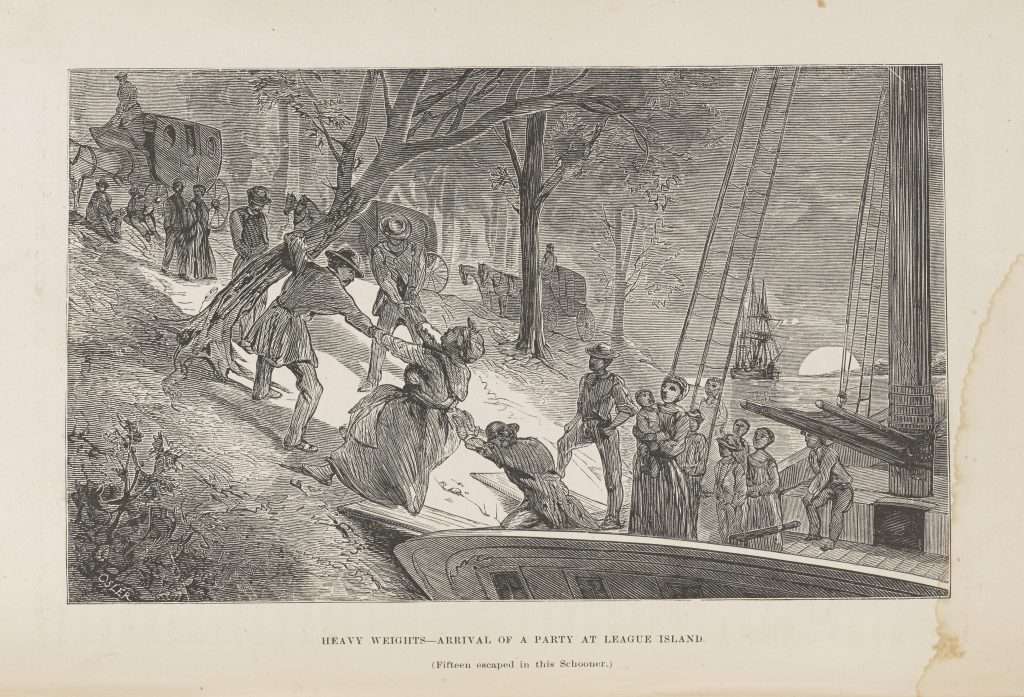 During the 1850s Nixon was an agent for the Underground Railroad, using his freedom of movement in the port city of Norfolk to assist fugitive slaves fleeing northward. By 1855, however, local authorities had become suspicious of his clandestine activities, and he was forced to leave home. His wife died sometime after he fled to Massachusetts. There he adopted Thomas Bayne as his new name and established his own dental practice in New Bedford. His surviving letters reflect his dedication to his medical studies, but he was also politically outspoken, and in 1860 a coalition of Republicans and temperance advocates elected him to the city council.

By May 1865 Bayne had returned to Norfolk, located his daughter, and sent her to Massachusetts. Realizing that the defeat of the Confederate army would not by itself guarantee equal rights for African Americans, he began organizing the black community, working first as a political activist and later as an itinerant preacher loosely affiliated with the Methodist Church. In June 1865 Bayne chaired a committee that drew up an equal suffrage address on behalf of the black citizens of Norfolk. In January 1866 he was chosen vice president of the Colored National Convention that met in Washington, D.C., and on February 3, he appeared before a subcommittee of the Congressional Joint Committee on Reconstruction and testified about the harsh conditions he had observed in his travels through postwar Virginia. A few days later he was a member of a delegation that petitioned President Andrew Johnson for full suffrage.

On April 17, 1867 Bayne was elected a vice president of the Union Republican State Convention when it met in Richmond. Composed mostly of newly enfranchised freedmen anxious to prepare for the upcoming constitutional convention, the meeting received derisive coverage by the conservative Richmond newspapers. By the time the convention reassembled on August 1, a rift was widening between the radical and moderate forces. Bayne’s parliamentary skills enabled him to become a recognized leader of the radical black wing of the Virginia Republican Party.

Bayne and Henry Moseley Bowden, a white Republican, were elected on October 22, 1867 to represent the city of Norfolk in the constitutional convention that met from December 3, 1867, to April 17, 1868. Bayne served on the Committee on Rules and Regulations and the Committee on the Executive Department of Government. The radical Republicans controlled the convention, and Bayne, their most powerful black leader, argued forcefully for integrated public schools and equal suffrage. Despite the contempt of the white press, the constitution that emerged from the convention contained many beneficial reforms, among them universal manhood suffrage, a statewide but segregated public school system, and additional elective public offices.

In May 1869 Bayne presided over a convention of black delegates that assembled in Richmond to oppose the readmission of Virginia to the Union before suffrage was assured. Meanwhile, Bayne had quarreled with white allies over the Republican Party’s candidate from the Second Congressional District. In July 1869 he and a white Republican both ran for the seat, resulting in the success of their Conservative opponent. The Republicans fared badly throughout Virginia, and voters rejected the provision of the new state constitution that would have disfranchised many former Confederates and prohibited them from holding office. Bayne was one of the state party’s leaders who petitioned Congress in November to enforce the disfranchisement and disability clause, or hold a new election. Congress did not grant their request, and in January 1870 President Ulysses S. Grant signed into law the act restoring Virginia to the Union.

With Reconstruction over, Bayne reduced his role in partisan politics but remained active in local elections as late as 1882. He continued to devote himself to his dental practice and his ministry. In July 1887 he wrote a will leaving all of his property to his daughter and her children. His mental condition soon deteriorated, and he was admitted on May 30, 1888, to the Central State Lunatic Asylum in Petersburg. Bayne, the fiery personality of the Reconstruction era, often a lightning rod for the political passions of his enemies, died there of heart disease on July 5, 1888. The place of his burial is unknown.

RELATED CONTENT
Categories:
Type:
MAP
TIMELINE
ca. 1824
Samuel Nixon (later Thomas Bayne) is born in North Carolina, probably enslaved.
1844
Samuel Nixon (later Thomas Bayne) escapes from slavery in North Carolina and is a fugitive for twelve months.
1845
Samuel Nixon (later Thomas Bayne) is sold to Charles F. Martin, a dentist with whom he moves to Norfolk from North Carolina.
1855
Samuel Nixon, an enslaved dentist's assistant, is forced to leave Norfolk because of his Underground Railroad activities. He escapes to Massachusetts, leaving behind a wife and daughter. He adopts the name Thomas Bayne.
1860
Thomas Bayne is elected to the city council of New Bedford, Massachusetts, with the support of a coalition of Republicans and temperance advocates.
May 1865
By this date Thomas Bayne, formerly a fugitive slave, has returned to Norfolk, located his daughter, and sent her to Massachusetts. He also begins politically organizing the city's black community.
June 1865
Thomas Bayne chairs a committee that draws up an equal suffrage address on behalf of the black citizens of Norfolk.
January 1866
Thomas Bayne is chosen vice president of the Colored National Convention that meets in Washington, D.C.
February 3, 1866
Thomas Bayne appears before a subcommittee of the Congressional Joint Committee on Reconstruction and testifies about the harsh conditions he has observed in his travels in postwar Virginia.
April 17, 1867
Thomas Bayne is elected a vice president of the Union Republican State Convention when it meets in Richmond. The gathering is derided in the white press but allows Bayne to become a leader of the radical black wing of Virginia's Republican Party.
October 22, 1867
Thomas Bayne and Henry Bowden are elected to represent the city of Norfolk in the upcoming state constitutional convention.
December 3, 1867—April 17, 1868
Thomas Bayne, a representative from the city of Norfolk to the constitutional convention, serves on the Committee on Rules and Regulations and the committee on the Executive Department of Government. He is the most powerful black leader of the Radical Republican majority.
July 6, 1869
Thomas Bayne, a Radical Republican, is elected to Congress from the Second Congressional District.
November 1869
Thomas Bayne, in his position as a state leader of the Republican Party, petitions Congress to enforce the disfranchisement and disability clause or hold a new election. Bayne has just lost in his own campaign for Congress. Congress refuses the request.
July 1887
Thomas Bayne writes a will leaving all of his property to his daughter and her children.
May 30, 1888
Thomas Bayne is admitted to the Central State Lunatic Asylum, in Petersburg.
July 5, 1888
Thomas Bayne dies of heart disease at the Central State Lunatic Asylum, in Petersburg. His burial place is unknown.
FURTHER READING
CITE THIS ENTRY