William Lester Banks was born in Lunenburg County, the son of William Walter Banks and Daisy Hill Banks. He had at least one sister. Banks attended public schools in Alderson in Greenbrier County and in Bluefield, both in West Virginia, and graduated from Bluefield State College with a major in physical science. From 1935 to 1941 he taught school and served as a principal in Halifax County. Later he became principal of Ruthville High School for African American students in Charles City County. On December 23, 1940, he married Vera Louise Bowman, of Charlotte County. They had one daughter.

Banks served as a sergeant in the U.S. Army during World War II and saw action in the Pacific. He began fighting for civil rights shortly before entering the army. In 1943, when he was a principal in Charles City County, he approached Oliver White Hill, an attorney working with the National Association for the Advancement of Colored People (NAACP), about the feasibility of filing suit to require that black and white schools receive equal public support. Banks and Hill were unable to pursue the idea because both men were drafted into the armed services shortly thereafter.

Banks’s commitment to the fight for racial justice had impressed Hill and other influential Virginians, and on April 1, 1947, Banks became the first executive secretary of the NAACP’s Virginia State Conference. During his tenure of nearly thirty years, Banks challenged segregation and racial discrimination in all spheres of American life and Virginia society. Sometimes he acted with others, but he soon won a well-deserved reputation for bravery because he was not afraid to act alone. On October 17, 1961, Banks was arrested for trespassing after he sought and was refused service in the “Whites Only” section of the privately operated Norfolk and Western Railway Company restaurant in Lynchburg. Two years later a white sawmill worker assaulted him when he staged a sit-in at the section reserved for white patrons in a restaurant in Charlotte County. By persistently refusing to sit apart from white attorneys in Virginia courthouses, an act for which local officials were reluctant to arrest him, Banks helped bring about the desegregation of Virginia’s courthouses. He often ventured courageously into hostile territory with “NAACP” emblazoned on the rear window of his car. 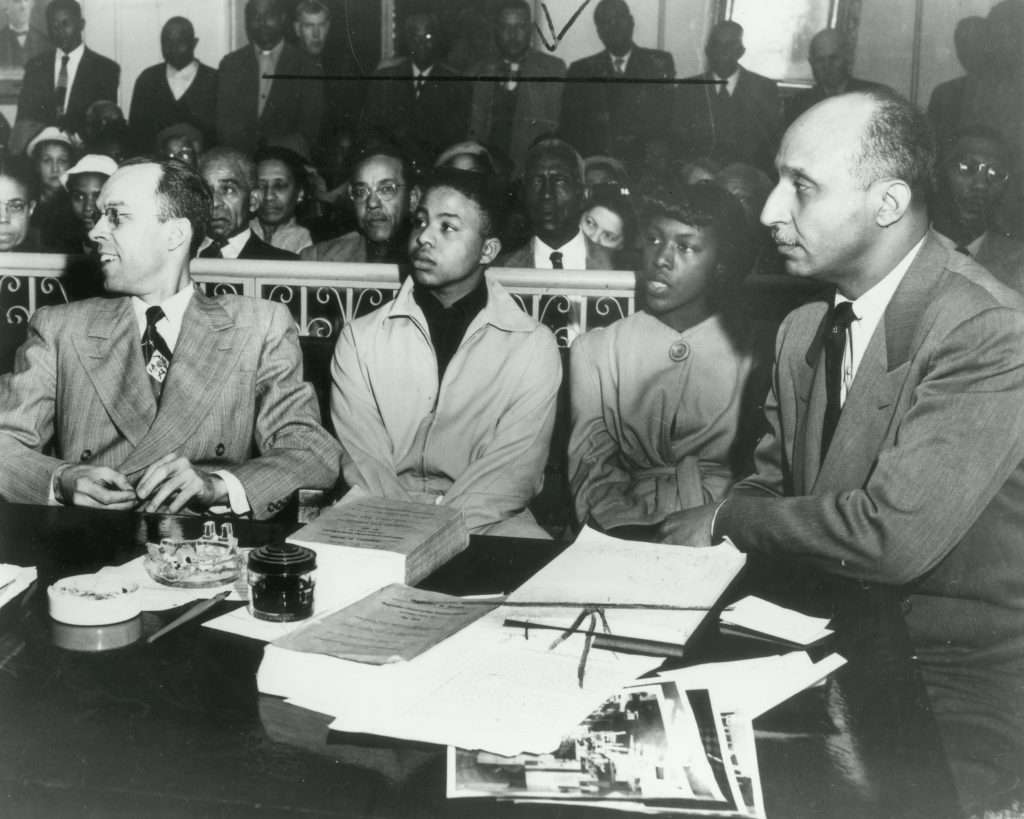 Less conspicuous in public than Hill, Robinson, and some other civil rights activists, Banks worked constantly behind the scenes to advise and support the people who played the public roles. He was highly respected, and as much as almost any other Virginian of his generation he stood up for civil rights and fought for justice for all. In recognition of his pivotal work in the civil rights movement in the mid-twentieth century, the 1985 fiftieth-anniversary convention of the Virginia State Conference of the NAACP was dedicated to Banks, who was by then retired, and in August 1992 the conference posthumously awarded him the Civil Rights Emancipation Emeritus Award. Banks’s experiences working behind the scenes and facing hostile crowds, together with his perception that conditions for African Americans in Virginia were gradually improving, persuaded him early in his career that patience, persistence, and nonviolence were his most effective weapons.

On December 31, 1976, when he was sixty-five years old, Banks retired as executive secretary of the Virginia NAACP. He remained a special consultant for several years after he retired, but his health gradually deteriorated. In 1977 he and his wife moved to California, where their daughter lived. Banks died of cardiopulmonary arrest as a result of chronic kidney failure on November 2, 1986, in Daniel Freeman Hospital in Inglewood, California, and was buried in Inglewood Cemetery Mortuary.

RELATED CONTENT
Categories:
Type:
MAP
TIMELINE
April 2, 1911
W. Lester Banks is born in Lunenburg County, the son of William W. Banks and Daisy Hill Banks.
1935-1941
During these years, W. Lester Banks teaches school and serves as a principal in Halifax County.
Early 1940s
W. Lester Banks serves as a sergeant in the U.S. Army during World War II and sees action in the Pacific.
December 23, 1940
W. Lester Banks and Vera Louise Bowman marry. They will have one daughter.
1943
While a principal in Charles City County, W. Lester Banks approaches Oliver W. Hill, an attorney working with the NAACP, about the feasibility of filing suit to require that black and white schools receive equal public support.
April 1, 1947
W. Lester Banks becomes the first executive secretary of the NAACP's Virginia State Conference, a position he holds for nearly thirty years.
June 26, 1959
After eight years of court cases and delays related to school desegregation, the Prince Edward County Board of Supervisors votes not to fund public schools in the 1959—1960 school year.
October 17, 1961
W. Lester Banks is arrested for trespassing after he seeks and is refused service in the "Whites Only" section of the privately operated Norfolk and Western Railway Company restaurant in Lynchburg.
1963
A white sawmill worker assaults W. Lester Banks when he stages a sit-in at the section reserved for white patrons in a restaurant in Charlotte County.
December 31, 1976
W. Lester Banks retires as executive secretary of the Virginia NAACP. He remains a special consultant for several years after his retirement.
1985
The fiftieth-anniversary convention of the Virginia State Conference of the NAACP is dedicated to W. Lester Banks, who is retired.
November 2, 1986
W. Lester Banks dies of cardiopulmonary arrest as a result of chronic kidney failure in Inglewood, California.
August 1992
W. Lester Banks is posthumously awarded the Civil Rights Emancipation Emeritus Award.
FURTHER READING
CITE THIS ENTRY