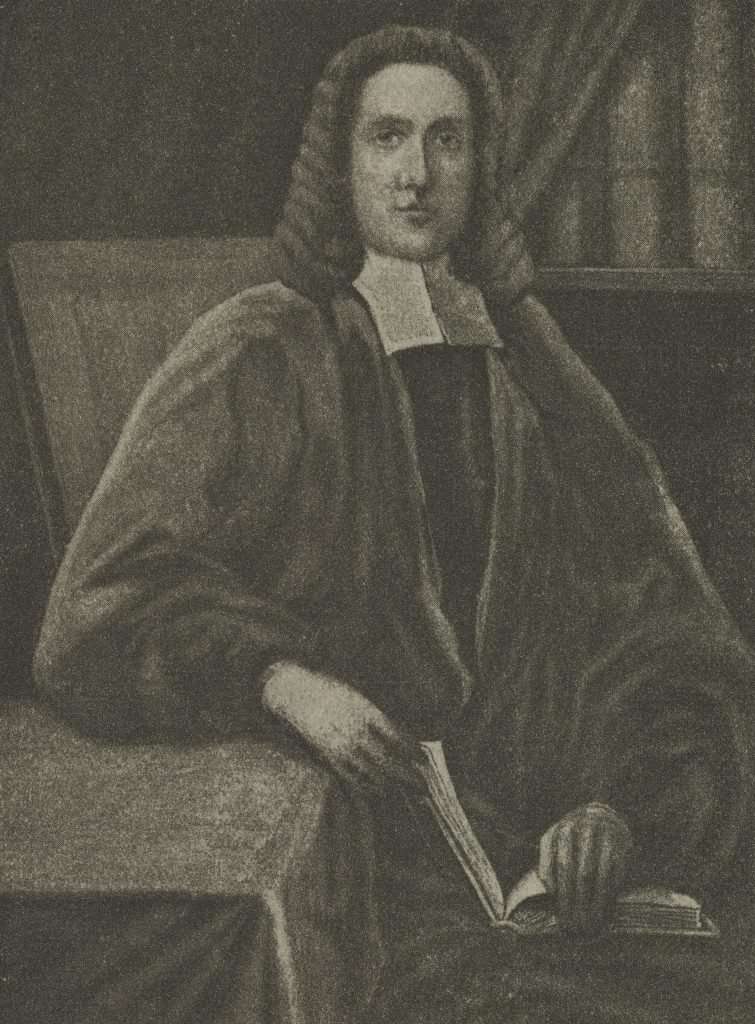 Thomas Bray was born in Marton, Shropshire, England, in 1658. He earned an AB degree from All Souls College, Oxford, in November 1678 and was ordained a minister of the Church of England in 1681. By 1696 he had completed the coursework for bachelor and doctorate degrees in divinity at Oxford. In the autumn of 1695, Henry Compton, the bishop of London, appointed Bray commissary of Maryland, or the church’s chief representative in the colony, but Bray did not travel to America for four years. Instead, on March 8, 1699, he and four laymen founded the Society for Promoting Christian Knowledge (SPCK), a group that sent missionaries to the colonies and established libraries there and throughout England and Wales. Bray finally visited Maryland, arriving in March 1700 and staying only a few months. While there he advocated for the establishment of the Church of England in the otherwise Catholic colony, an act that passed in May.

Upon his return, Bray undertook a new project, the Society for the Propagation of the Gospel in Foreign Parts (SPG). Chartered by King William III on June 16, 1701, the group focused on ministering abroad while the SPCK confined its missionary and library work to Britain. To Bray’s chagrin, however, neither organization prioritized educating and converting Indians and African Americans.

Founding of the Associates

In 1699, Bray became acquainted with Abel Tassin, Sieur D’Allone, the king’s secretary for Dutch affairs. The two corresponded on the subject of converting African Americans, and when D’Allone died in 1723, his will left one-tenth of his English estate, or about £900, “to the Revd. Dr. Thomas Bray & his Associates” for the construction of schools to educate the children of enslaved men and women.

Bray appointed four men to serve as his “Associates,” although the SPG briefly and unsuccessfully challenged the decision, arguing that D’Allone had intended his bequest to go to that group. Founded on January 15, 1724, the Associates of Dr. Bray spent the next six years sending about twenty missionaries to America with instructions to teach enslaved people and, in some cases, Indians, how to be Christians. In the meantime, Bray fought off attempts by some of his partners to use the D’Allone money to fund a missionary college in Bermuda. 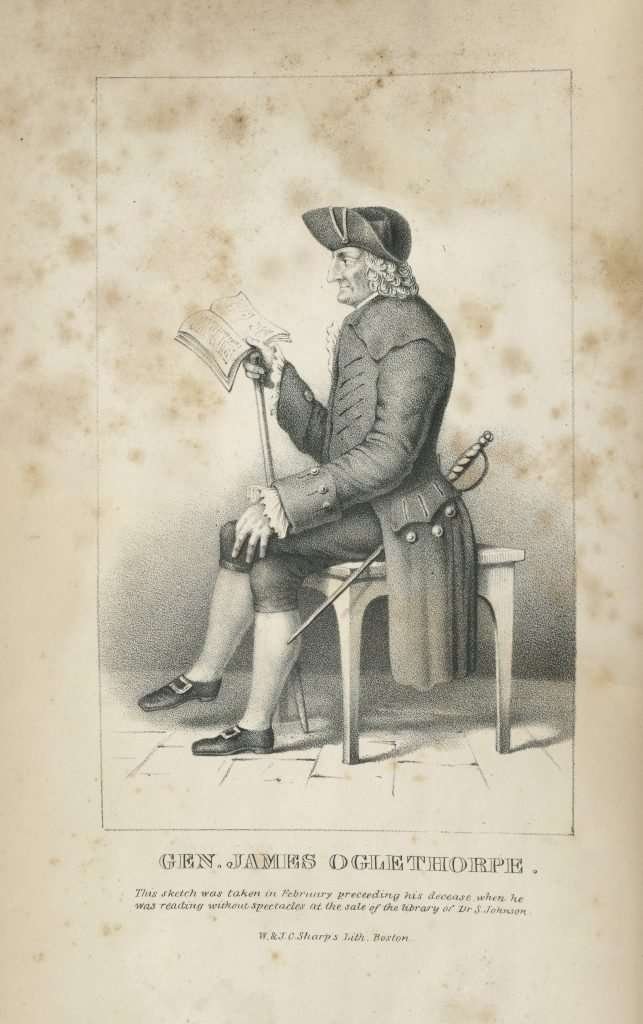 Then, on January 15, 1730, the Associates of Dr. Bray reorganized, expanding the group’s number of trustees to twenty-six as part of James Oglethorpe’s project to establish a convict colony in Georgia. Because of legal problems, another document was recorded on June 24, 1730, by which time the number of associates had increased to twenty-nine or thirty. (Bray himself had died a few months earlier, on February 15.) Twenty-one of these trustees were named in the charter that founded the colony of Georgia in 1732. On May 31, 1733, the Associates broke off from the Georgia project in order to focus on the conversion and education of African Americans and, to a lesser extent, the distribution of books and the establishment of libraries. 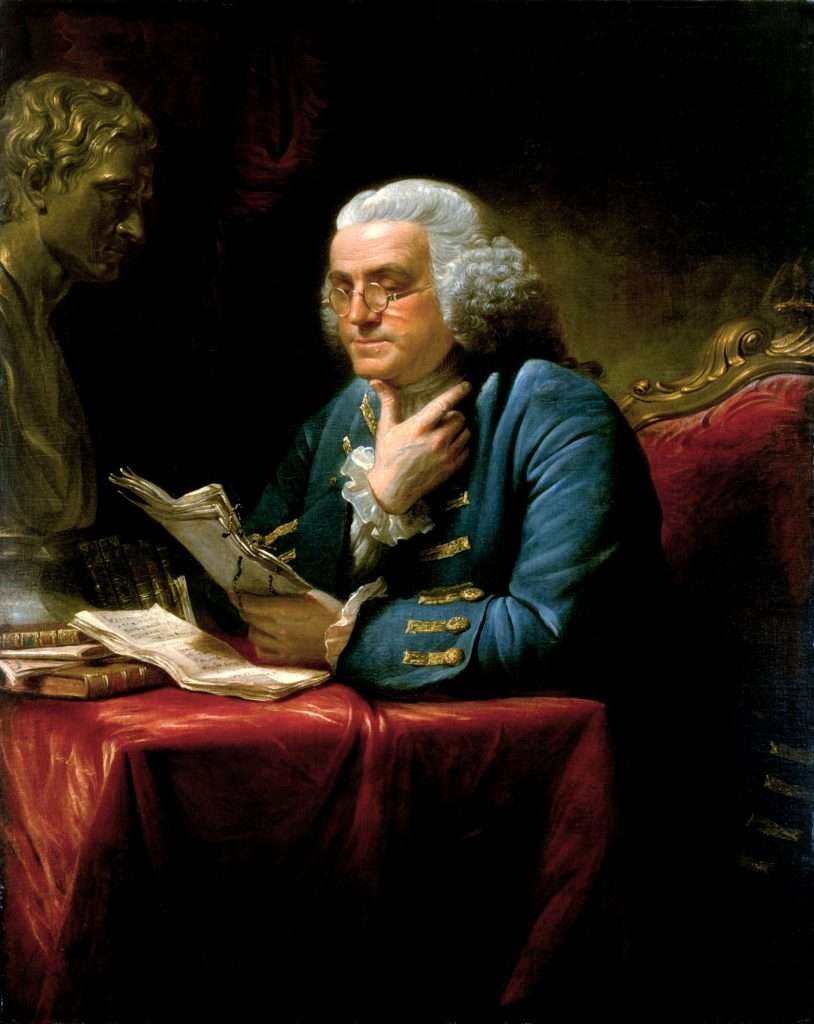 The Associates funded failed missions first in and around Georgia and then in Charleston, South Carolina. In January 1757, the group’s secretary, the Reverend John Waring, wrote to Benjamin Franklin suggesting that an itinerant teacher be sent to Pennsylvania to educate enslaved people. Franklin and one of his friends, the Reverend William Sturgeon, suggested a school be founded instead. It opened in Philadelphia on November 20, 1758, with one female teacher and thirty students, a number that jumped to thirty-nine by June of the next year. Franklin was still in London in 1760 and became a member of the Associates. When asked, he proposed locations for three additional schools: in New York; Newport, Rhode Island; and Williamsburg, Virginia.

Franklin may have seen Virginia as an appropriate site for a Bray school in part because of its tradition of proselytizing to Blacks and Indians. A friend of Thomas Bray and the Church of England’s commissary in Virginia, James Blair had helped to establish the College of William and Mary in 1693 in part to Christianize Indians. And when Franklin visited Williamsburg in 1756 and received an honorary degree from William and Mary, he would have encountered a clerical faculty already seeing to the religious education of Blacks. It is not surprising, then, that of the two men Franklin selected to operate the school, one was the Reverend Thomas Dawson, the church commissary, rector of Bruton Parish, and president of the College of William and Mary, an affiliation that helped protect the school in a culture largely opposed to any education for Blacks. The other was Franklin’s friend William Hunter, printer of the Virginia colony and publisher of the Virginia Gazette. With Franklin he also was deputy postmaster of the colonies.

Dawson and Hunter’s school opened on September 29, 1760, although Dawson died soon after, on November 29, 1760. Hunter recruited Robert Carter Nicholas, the colony’s treasurer from 1766 to 1775, and the Reverend William Yates, Dawson’s successor, to help oversee the school. When Hunter died, on August 14, 1761, Nicholas and Yates became the school’s sole administrators. Yates died on October 5, 1764, after which Nicholas operated the school largely on his own, although he received some assistance from successive commissaries. The school’s first and only teacher was Anne Wager, a widow, mother of two, and private tutor who had previously taught the children of Carter Burwell, a member of the House of Burgesses. 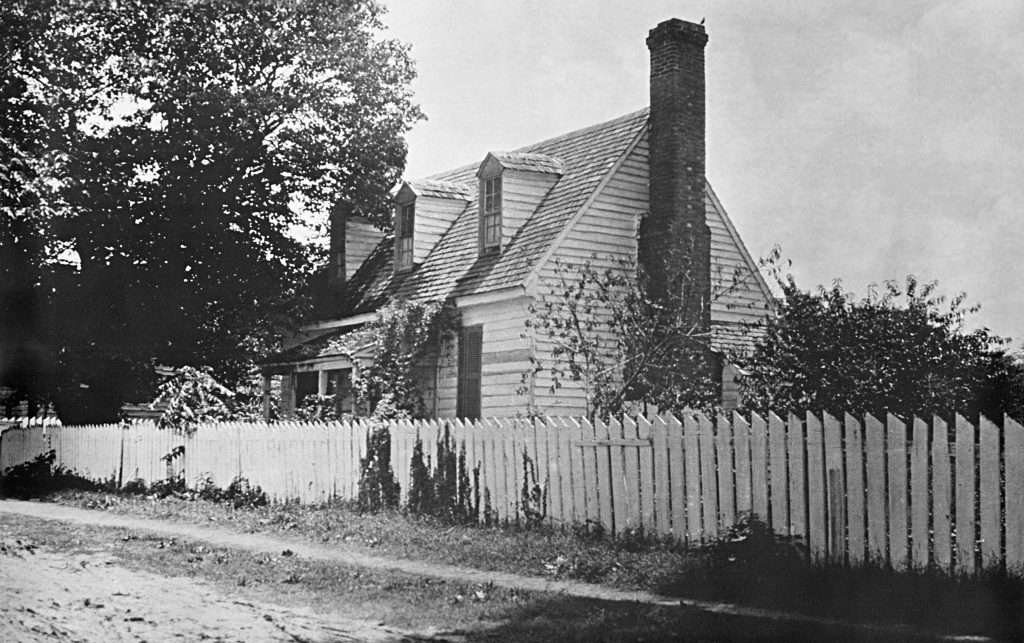 The Williamsburg Bray school never had a permanent home but operated out of various buildings and houses, including ones owned by Dudley Digges and John Blair Jr. Because some enslavers used the school to warehouse otherwise mischievous children, withdrawing them before literacy took hold, Nicholas drew up rules in September 1762. They required that each student attend classes for at least three years. The day would begin at six in the morning during the summer and at seven during the winter. Wager was enjoined “to instruct [students] in the Principles of the Christian Religion according to the Doctrine of the Church of England,” as well as how to be “faithful & obedient” and “diligent in their Business, & quiet & peaceable to all Men.” On Sundays, Wager would accompany her charges to church services. Evidence suggests that students were taught reading in this and other Bray schools and possibly writing. (Some historians suggest that archaeological and documentary evidence supports the teaching of writing while others dispute this.) 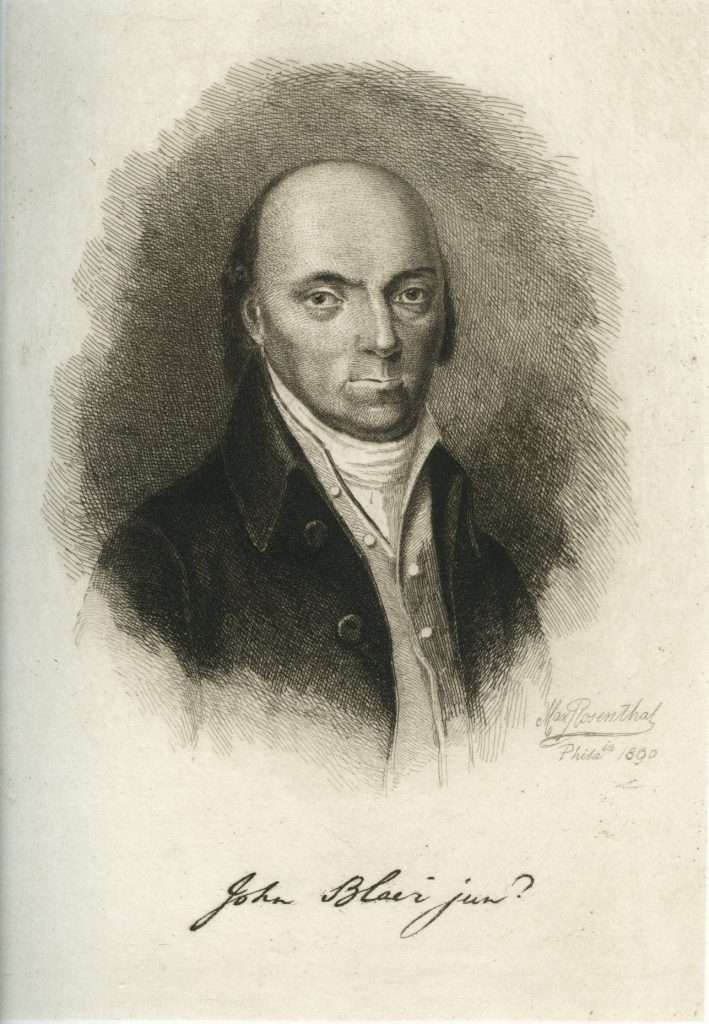 In 1762 the school enrolled thirty students, including one named Shropshire, Thomas Bray’s home county. By December 1764 the student roll had expanded to thirty-three, with nineteen boys and fourteen girls. The average age of students was about six years old. Most lived in cities and were owned by members of the gentry, including Peyton Randolph, John Blair Jr., and Nicholas himself. The tavern owners Christiana Campbell and Jane Vobe both sent enslaved people to the school, including possibly Gowan Pamphlet. The 1762 roll and others also record free Black children attending, as at other of the Bray Schools.

The school struggled financially, and when in 1768 Nicholas billed the Associates for £30 instead of the customary £20, Waring refused to pay, arguing that enslavers ought to make up the difference. “How can Gentlemen on Your Side [of] the Water,” he wrote to Nicholas on April 20, 1768, “expect that We on this shou’d Subscribe two, three, or four Guineas a Year apiece, as I have for many Years, to promote the Instruction of the Slaves of those Masters, who themselves will contribute Nothing to it.” A year later the argument reached an impasse, with Waring writing that “if the Gentlemen at Williamsburgh are willing to have the Negroe School continue they may: but then They must engage to defray all Expenses above 25£ Sterling a Year. If these terms, very easy to them & on our parts very generous are refused, You are desired to put an End to the School at the End of this present Year 1769.” Rather than ask enslavers for contributions, Nicholas made up for the shortfall by reducing Anne Wager’s salary. Six years later, on November 17, 1774, Nicholas wrote a short, rather abrupt letter to Waring announcing Wager’s death and the school’s subsequent closure. 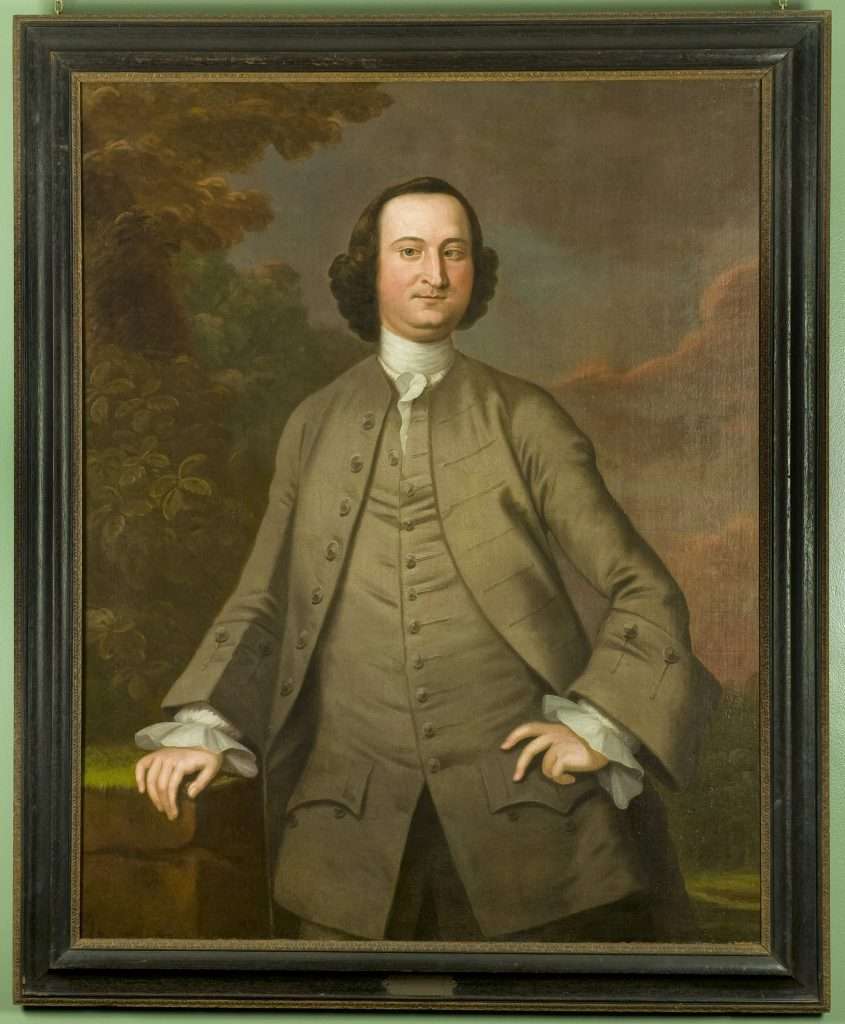 On September 25, 1764, the Reverend James Marye Jr., of Saint Thomas Parish, in Orange County, wrote to John Waring suggesting that a Bray school modeled on Williamsburg’s be established in Fredericksburg. The growing town, on the Rappahannock River, was located in Saint George’s Parish, Spotsylvania County, where James Marye Sr. was the minister. The Associates approved the idea, and Fielding Lewis—a merchant, justice of the peace, and member of the House of Burgesses—was recruited to run the school with the elder Marye’s help. What Lewis called the School for the Education of Negroe Children opened in April 1765, and that September he reported to Waring that in spite of having trouble finding a teacher, he had enrolled sixteen students and implemented Robert Carter Nicholas’s rules from the Williamsburg school.

Lewis encountered many of the same problems seen in Williamsburg. Enslavers used the school for their own purposes but were not necessarily committed to education. Funds also were in short supply. On October 31, 1768, Lewis apologized to Waring that enrollment had dropped to nine students; only four had attended during the summer. “And I have greatest reason to think that there will not soon be any greater Number,” he wrote, “for I observe that several have left the School as soon as they could read tolerably to attend in the Houses of the Proprietors, or to take care of the Younger Negros in the Familys to which they belong.”

Enrollment had not increased by the summer of 1769, even after Marye, from the pulpit, called upon enslavers to educate their enslaved people. Lewis closed shortly thereafter. In 1772, he wrote to Waring that he worried that “so much Money should have been expended”—£100 sterling over five years—”to so little purpose.” He concluded that Fredericksburg was still too small to sustain such a school and that “many believe” that teaching enslaved African Americans to read “is rather a disadvantage to the owners, we having had some examples of that sort.”

The Bray school in New York operated from September 22, 1760, until October 1774, when its teacher died. The Newport school was open from 1762 until about 1775, and the Philadelphia school closed in 1776 but was reopened in 1786 and remained in operation until early in the nineenth century. Proposed Bray schools in Maryland and North Carolina, and in Yorktown and Norfolk, Virginia, never opened at all. 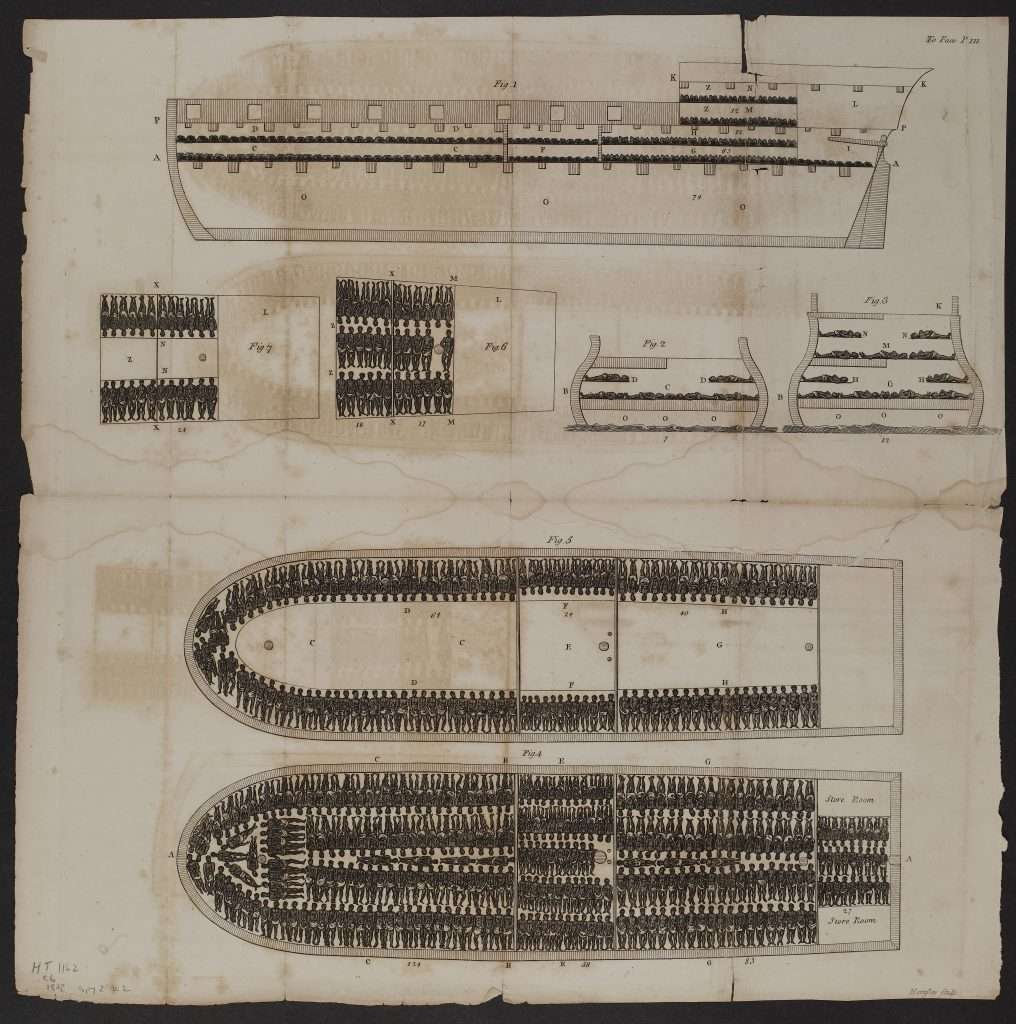 The scholar John C. Van Horne has argued that the success of the Bray schools was limited. They enrolled only 2,000–3,000 out of almost 500,000 free and enslaved Africans and African Americans in the British North American colonies. “And even those few whom the Associates did reach,” Van Horn writes, “probably did not achieve a lasting conversion or a useful degree of literacy.” The problems were numerous. Teachers were in short supply and paid very little. In Williamsburg, Anne Wager originally had negotiated for a higher than standard wage, but her salary was cut when money ran short. When she died, as in New York, the school immediately closed. Language sometimes proved to be a significant obstacle. Enslaved men and women who had been born in Africa and survived the Middle Passage did not always possess the English-language skills necessary for communicating with teachers.

Their enslavers, meanwhile, were loath to contribute financially to the schools and in many instances, as suggested by Fielding Lewis, were hostile to the very idea of educating enslaved people. Thomas Bray had not been an abolitionist; he, and the Associates after him, simply believed that the lives of enslaved people were significantly improved, or ameliorated, through education and religious conversion. Enslavers worried that such education would only cause trouble by allowing the enslaved easier access to and movement through the English world. In the Williamsburg school, an emphasis on manners, deportment, and obedience served as an attempt to mitigate these concerns. Still, Van Horne emphasizes that however minor were the successes in education, they are worth celebrating as “testimony to the good intentions and determination” of Thomas Bray’s philanthropy.