Lewis Addison Armistead was born on February 18, 1817, in New Bern, North Carolina, and was raised in Fauquier County, Virginia, by a family related to United States presidents James Monroe, William Henry Harrison, John Tyler, and Benjamin Harrison. His father and four uncles all served during the War of 1812, with one of those uncles, George Armistead, commanding Fort McHenry in Baltimore, Maryland, where the famous “Star Spangled Banner” flew. Armistead entered the U.S. Military Academy at West Point in 1833, but academic difficulties and poor conduct—including supposedly breaking a plate over the head of future Confederate general Jubal A. Early—led to his resignation in 1836.

Three years later Armistead returned to the army as a second lieutenant in the 6th Infantry Regiment and served primarily in garrison duty in the West. Although considered to be good-natured, Armistead demonstrated his ability as a fighter during the Mexican War, earning two brevet promotions for gallantry in the Mexico City Campaign of 1847. He resigned his commission on May 26, 1861, after Virginia seceded—a decision that led to an emotional farewell party hosted by the wife of his closest army friend, Winfield Scott Hancock. That evening, Armistead is said to have put his hand on Hancock’s shoulder and, in tears, told him, “Hancock, goodbye; you can never know what this has cost me.” 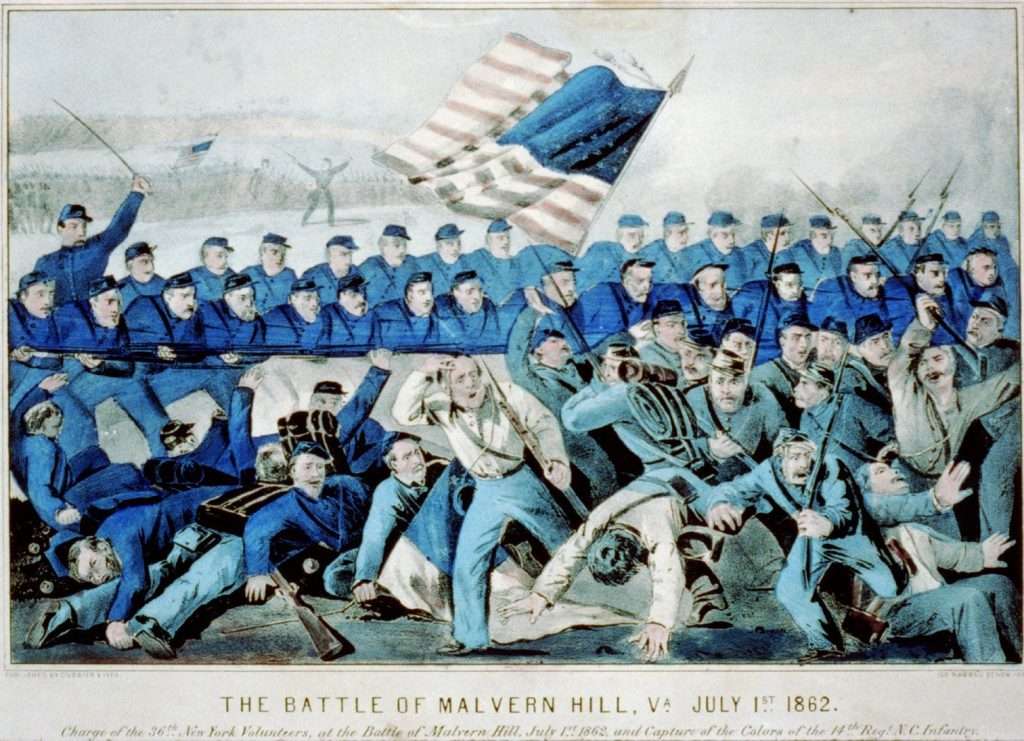 The Battle of Malvern Hill

Armistead entered Confederate service on September 15, 1861, with the rank of major, but two weeks later he was promoted to colonel and given command of the 57th Virginia Infantry. For the next seven months, the unit manned defenses around the Confederate capital at Richmond and near Suffolk, Virginia. On April 1, 1862, Armistead, likely because of his prewar experience, was promoted to brigadier general and given command of a brigade that eventually consisted of five Virginia regiments. Two months later, on June 1, Armistead led his men into action for the first time at the Battle of Seven Pines. Though the brigade performed poorly, Armistead fought bravely, at one point having his horse killed under him.

At Malvern Hill (1862), Armistead’s largely unsupported brigade led the assault against the strong Union position and was forced back, suffering more than 350 killed and wounded out of 1,200 engaged. After the war a Georgia soldier wrote that he and Armistead found shelter behind a poplar tree during the battle and that the general took a drink of brandy. According to the soldier, Armistead was known from then on as the “Poplar general.”

Though with the army during the Second Manassas Campaign (1862), Armistead and his brigade saw little action. During the Maryland Campaign, Robert E. Lee, recognizing Armistead’s qualities, appointed him provost marshal for the army. He was well-suited for such duty because, according to a colonel in his brigade, Armistead was a “strict disciplinarian” who believed that “obedience to duty” was “the first qualification of a soldier.” Later that fall, when Lee reorganized the Army of Northern Virginia, the brigade was assigned to a new division commanded by Major General George E. Pickett. At Fredericksburg in December 1862 the division occupied the center of the Confederate line and therefore saw no action. In the spring of 1863, Armistead and his brigade took part in a foraging expedition to southeastern Virginia and as a result missed the Chancellorsville Campaign (1863). 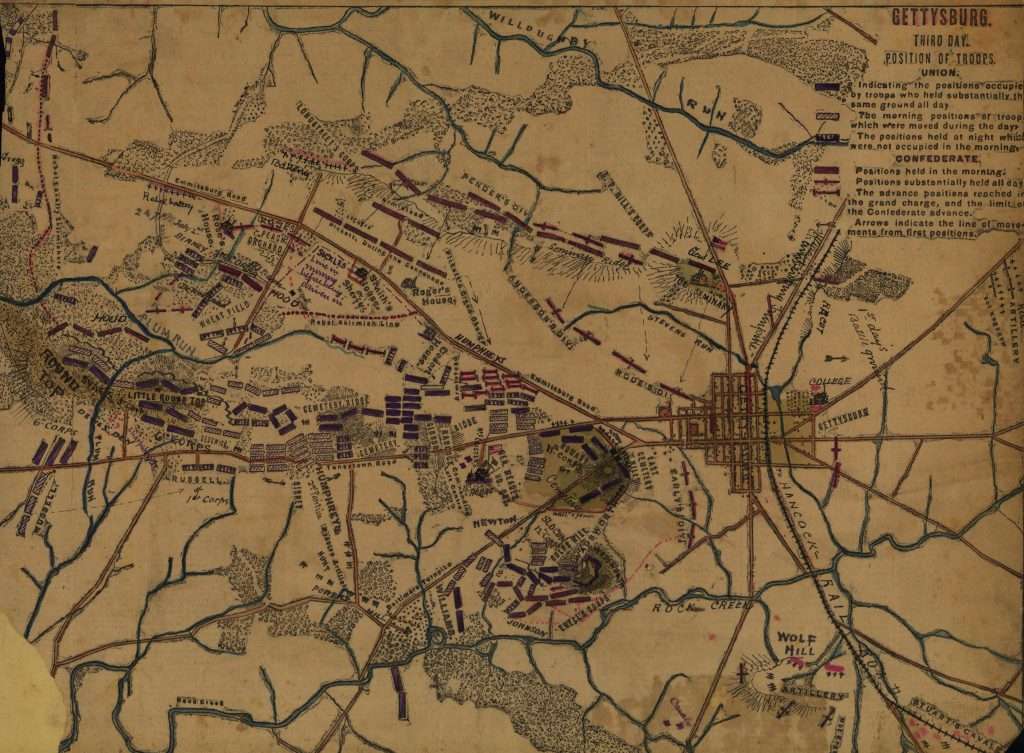 On the third and final day of Gettysburg, Pickett’s division, which up to then had been held in reserve, was chosen to spearhead Lee’s major attack against the center of the Union line. Armistead’s brigade supported the division’s front. With his hat on the tip of his raised sword, he led his brigade on foot across the open ground and into the chaotic fight on Cemetery Ridge. The brigade reached the Union line, commanded in part by Hancock, but went no farther. Armistead had just placed his hand on a Union cannon when he was struck by a volley of rifle fire. While lying badly wounded, he asked to see Hancock, but Hancock’s command responsibilities and his own wounds prevented it.

Instead, Armistead was carried to a nearby Union field hospital where he died on July 5 from a combination of blood loss and exhaustion. Though initially buried near the hospital, his remains were later moved to Baltimore and interred in the family vault at Old Saint Paul’s Cemetery.