In the Historical Record

Angela appears in the historical record just twice, as part of censuses conducted in the Virginia colony on February 16, 1624, and January 24, 1625. In the first she is one of the colony’s twenty-one Africans, identified as “Angelo a Negar” and living in James City. The second muster provides more detail, grouping residents according to household and including, when possible, their ages. In this list she is located in the James City household of Captain William Peirce, with Peirce’s wife and three presumably white indentured servants. One of twenty-three Africans in the colony, she is identified this time as “Angelo a Negro Woman in the Treasurer.” In subsequent histories of Jamestown and early Virginia she is referred to as both Angelo and Angela, and historians are unsure of why the censuses associated her with a traditionally male name. It could have been a mistake on the part of census takers, albeit one repeated twice in a year. It may have been that her name was a corruption of Angola, Angela’s likely birthplace. They name also may have reflected an anglicization of her birth name.

Africa and the Middle Passage 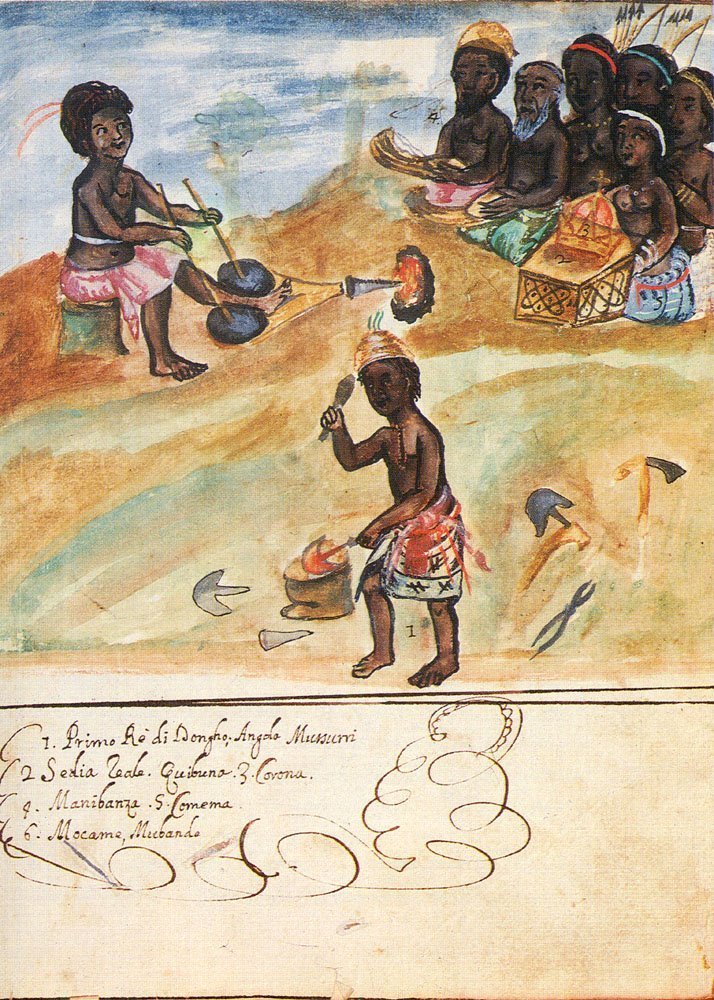 Angela and her fellow enslaved Africans aboard the Treasurer likely were Kimbundu-speaking people from a West African polity known as Ndongo. Part of present-day Angola, the region had long been unstable as a result of climate, geopolitics, and the economy of the transatlantic slave trade. In 1575, the Portuguese military had entered a bay near the mouth of the Kwanza River in the hopes of eventually finding silver in the interior. Subsequent Portuguese raids, along with a drought that dispersed communities in search of food, left the people who remained particularly vulnerable. In 1580 Portugal and Spain were united under the same crown, opening Spain’s lucrative Caribbean slave market to the Portuguese. As a result, the Portuguese and their African allies sometimes provoked violence for the purpose of capturing men and women, such as those in Ndongo, and selling them to slave traders.

Angela likely had a rural upbringing in Ndongo, raising crops such as millet and sorghum and tending cattle. It is possible, because of the Portuguese presence in the region, that she had had at least some contact with Christianity. She may even have been baptized, her name being evidence of this fact. The Portuguese required that slaves be baptized before they arrived in America, but it was generally a pro forma gesture. Angelia likely did not practice the religion at the time of her capture. Sometime in 1619 she was one of 350 enslaved Africans sold to Manuel Mendes da Cunha, captain of the the São João Bautista at the port of São Paulo de Luando. The Portuguese ship was bound for Vera Cruz, New Spain (present-day Mexico), where its human cargo would be sold as slaves, with the vast majority going to labor in the sugar plantations of the Caribbean and South America.

Somewhere in the Atlantic, however, the São João Bautista was attacked by two English ships, the Treasurer and White Lion. They were sailing with letters of marque, which provided official sanction from foreign governments to prey on Spanish and Portuguese ships, stealing valuable cargo. When it arrived in Vera Cruz, the São João Bautista carried only 147 slaves, having lost 203 along the way. Many of these people likely died from disease; others may have taken their own lives or been killed in the English ships’ attack. The remainder—between forty-five and fifty enslaved Africans—had been stolen by the Treasurer and White Lion. The two ships promptly sailed for Virginia, with the White Lion arriving at Point Comfort sometime late in August. John Rolfe, the colony’s secretary, noted that it carried “20. and odd Negroes,” who were “bought for victualle [food] … at the best and easyest rate they could.” Some, perhaps all, of the Africans were then transported to Jamestown and resold. The fact that these men and women were “bought” suggests to many historians that they were treated as slaves and not indentured servants.

The Treasurer arrived three or four days later and carried another twenty-five to twenty-nine Africans. The colony’s deputy governor, Sir George Yeardley, sent Rolfe, Captain William Peirce, and another man to meet the ship, but by the time they arrived the Treasurer had fled. Because his letter of marque had expired, the captain feared arrest. He later sold fourteen slaves in Bermuda, suggesting that he had unloaded between eleven and fifteen in Virginia. (These numbers vary somewhat among historians.) It is likely that Peirce purchased at least one of these Africans, the woman Angela.

Angela’s age when she arrived in Virginia is unknown, but already she had survived the violence of Portuguese and African slave hunters, the horrors of the Middle Passage, during which as much as 43 percent of São João Bautista‘s Africans had died, and the attack of the Treasurer and White Lion. In March 1620, a muster counted thirty-two Africans in Virginia, but only twenty-one remained five years later, suggesting that Angela lived through the disease and illness that affected nearly all newcomers to the colony. And on March 22, 1622, coordinated surprise attacks by Virginia Indians killed nearly a third of Virginia’s non-native population, an event that Angela also survived.

Little is known of Angela’s life in Virginia. Her owner, William Peirce, was captain of the Governor’s guard and commander of Jamestown Island and its blockhouses, the small fortified structures that dotted the perimeter of the settlement. He was elected a burgess in 1624 and served on the governor’s Council from 1632 to 1643. A planter and entrepreneur, Peirce ran a store in Jamestown and was heavily involved in the tobacco business initiated by his son-in-law John Rolfe, who had been the first Virginian to cultivate a marketable form of the plant. In 1625, the Peirce household included Mrs. Joane Peirce and the servants Thomas Smith, aged seventeen, and Henry Bradford, aged thirty-five, both of whom had arrived aboard the Abigaile in January 1625. Ester Edrife worked as a maidservant and had been in the colony since 1619 or 1620. 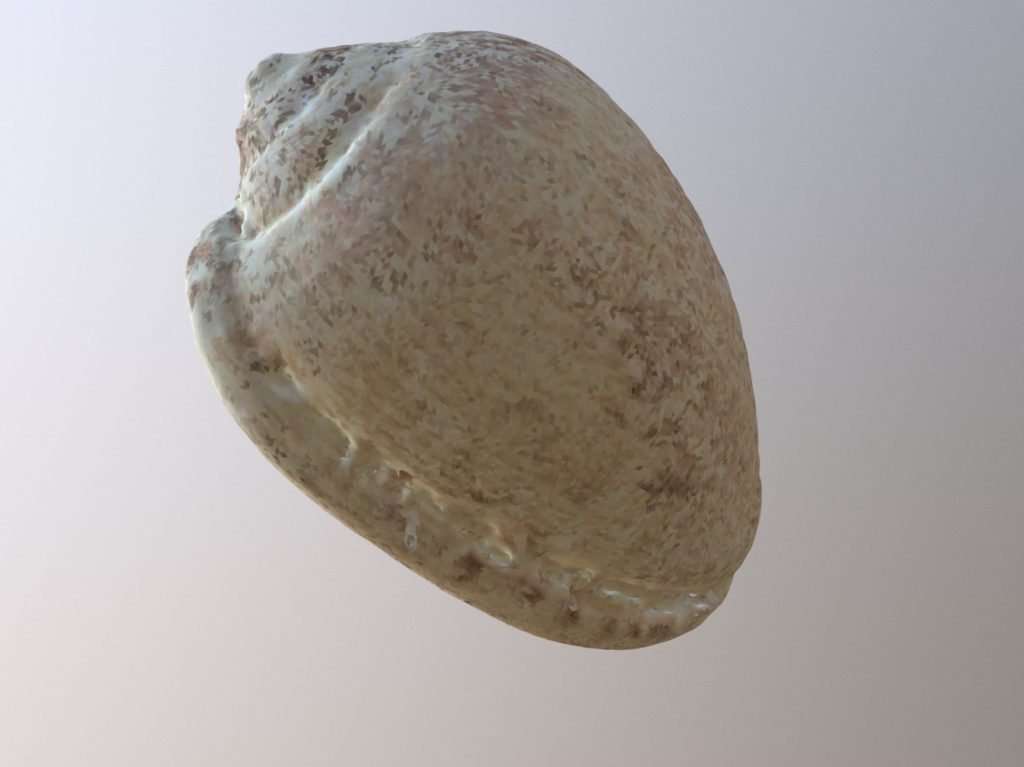 Although Peirce patented land outside of James City on several occasions—for instance, 650 acres on Mulberry Island in December 1619—the 1625 muster indicates that Angela lived in an urban household. She may have cooked, cleaned, and in other ways helped care for the Peirces. In 2017 and 2018, archaeologists excavating the Peirce residence at Jamestown found at least one artifact, a cowrie shell, that has generally been associated with an African presence at other sites in Virginia and may be evidence of her labor. She was not among those laborers—six white men and one African man—who attempted to escape from Peirce on July 18, 1640. In 1635, Peirce played an important role in the ousting of Sir John Harvey from the governor’s office. Harvey regained power two years later, and in 1640 the king summoned Peirce to England, where he was detained and his personal estate seized but eventually returned. It is unknown whether Angela was part of that estate. Peirce returned to Virginia and died after 1644 but before June 22, 1647. The death date of Angela is unknown.