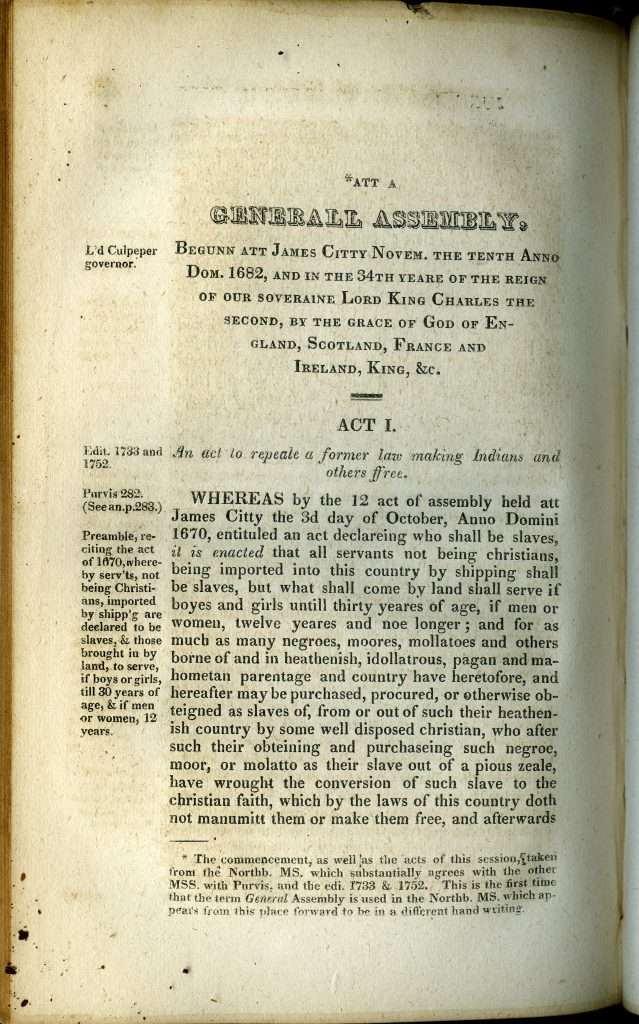 WHEREAS by the 12 act of assembly held att James Citty the 3d day of October, Anno Domini 1670, entituled an act declareing who shall be slaves, it is enacted that all servants not being christians, being imported into this country by shipping shall be slaves, but what shall come by land shall serve if boyes and girls untill thirty yeares of age, if men or women, twelve yeares and noe longer; and for as much as many negroes, moores, mollatoes and others borne of and in heathenish, idollatrous, pagan and mahometan parentage and country have heretofore, and hereafter may be purchased, procured, or otherwise obteigned as slaves of, from or out of such their heathenish country by some well disposed christian, who after such their obteining and purchaseing such negroe, moor, or molatto as their slave out of a pious zeale, have wrought the conversion of such slave to the christian faith, which by the laws of this country doth not manumitt them or make them free, and afterwards 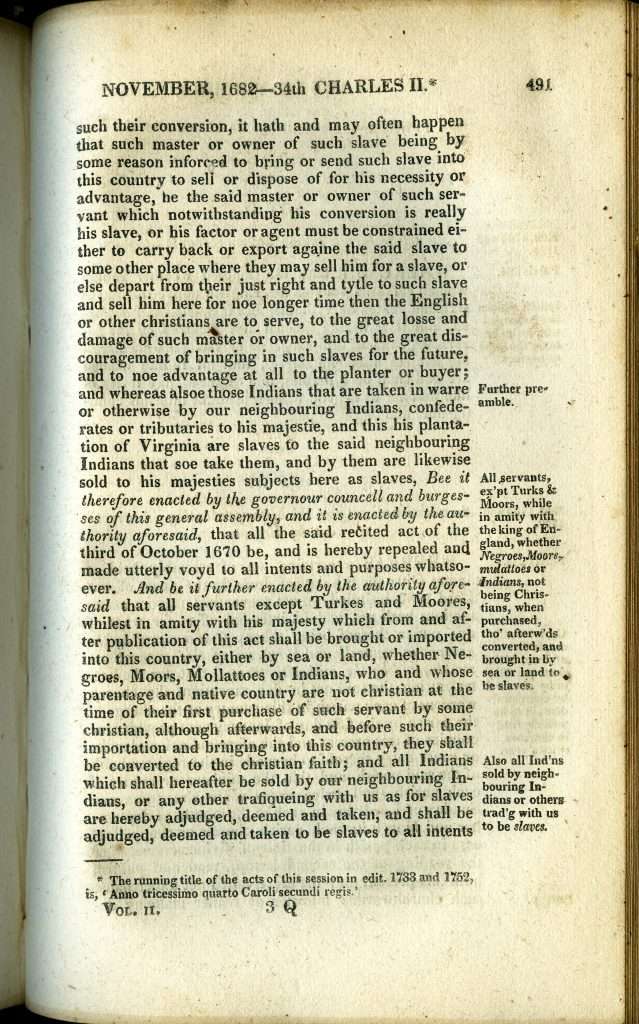 such their conversion, it hath and may often happen that such master or owner of such slave being by some reason inforced to bring or send such slave into this country to sell or dispose of for his necessity or advantage, he the said master or owner of such servant which notwithstanding his conversion is really his slave, or his factor or agent must be constrained either to carry back or export againe the said slave to some other place where they may sell him for a slave, or else depart from their just right and tytle to such slave and sell him here for noe longer time then the English or other christians are to serve, to the great losse and damage of such master or owner, and to the great discouragement of bringing in such slaves for the future, and to noe advantage at all to the planter or buyer; and whereas alsoe those Indians that are taken in warre or otherwise by our neighbouring Indians, confederates or tributaries to his majestie, and this his plantation of Virginia are slaves to the said neighbouring Indians that soe take them, and by them are likewise sold to his majesties subjects here as slaves, Bee it therefore enacted by the governour councell and burgesses of this general assembly, and it is enacted by the authority aforesaid, that all the said recited act of the third of October 1670 be, and is hereby repealed and made utterly voyd to all intents and purposes whatsoever. And be it further enacted by the authority aforesaid that all servants except Turkes and Moores, whilest in amity with his majesty which from and after publication of this act shall be brought or imported into this country, either by sea or land, whether Negroes, Moors, Mollattoes or Indians, who and whose parentage and native country are not christian at the time of their first purchase of such servant by some christian, although afterwards, and before such their importation and bringing into this country, they shall be converted to the christian faith; and all Indians which shall hereafter be sold by our neighbouring Indians, or any other trafiqueing with us as for slaves are hereby adjudged, deemed and taken, and shall be adjudged, deemed and taken to be slaves to all intents 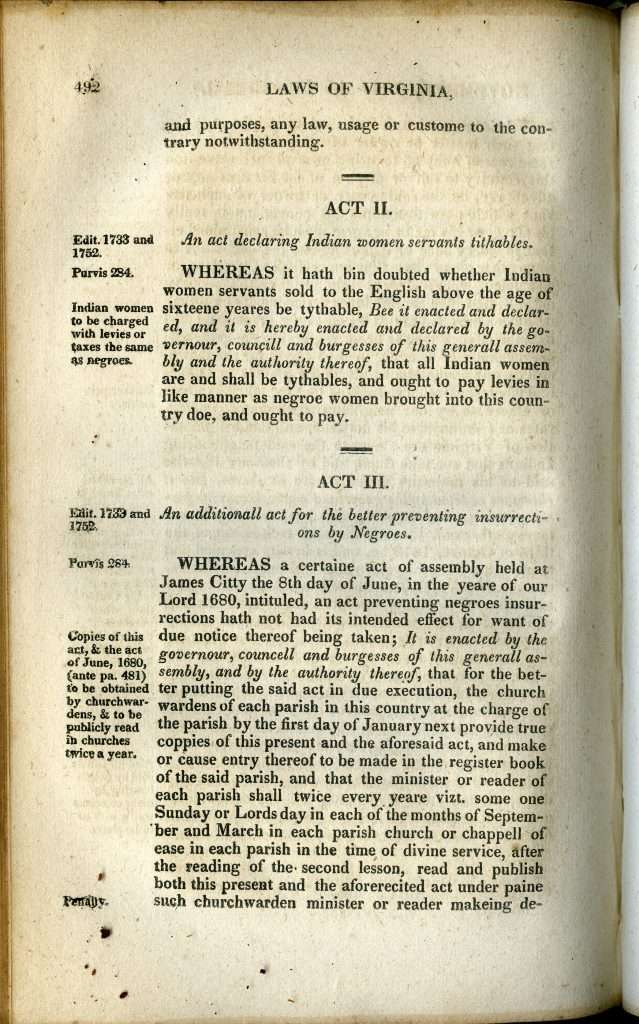 and purposes, any law, usage or custome to the contrary notwithstanding.