Skip to content
Author: General AssemblyTranscription Source: Acts of the General Assembly of the State of Virginia, Passed in 1865–66, in the Eighty-Ninth Year of the Commonwealth (Richmond, Virginia: Allegré & Goode, Printers, 1866), 85–86.
FULL TEXT 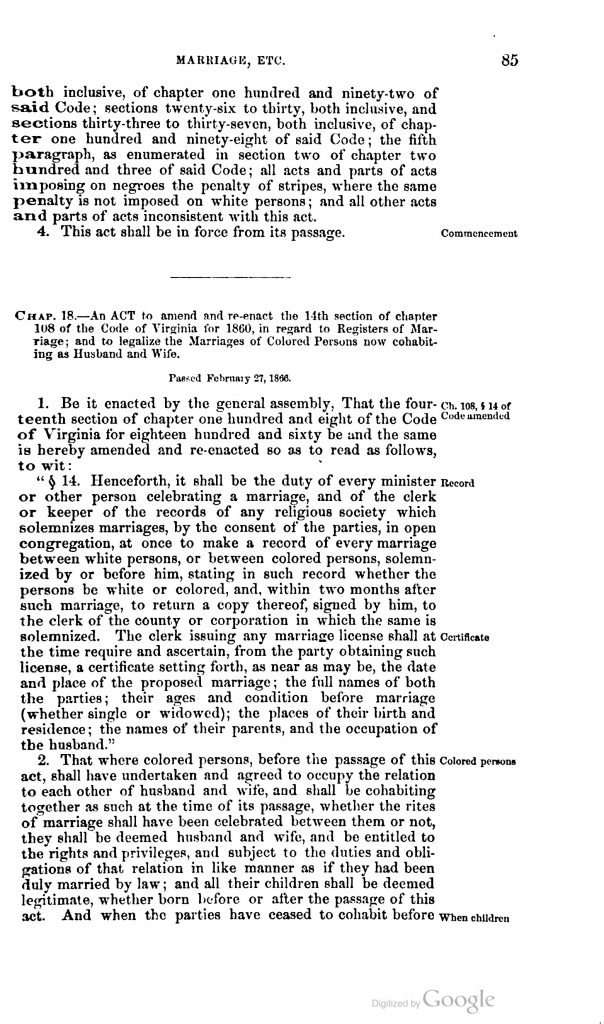 Chap. 18.— An ACT to amend and re-enact the 14th section of chapter 108 of the Code of Virginia for 1860, in regard to Registers of Marriage; and to legalize the Marriages of Colored Persons now cohabiting as Husband and Wife.

1. Be it enacted by the general assembly, That the fourteenth section of chapter one hundred and eight of the Code of Virginia for eighteen hundred and sixty be and the same is hereby amended and re-enacted so as to read as follows, to wit:

“§14. Henceforth, it shall be the duty of every minister or other person celebrating a marriage, and of the clerk or keeper of the records of any religious society which solemnizes marriages, by the consent of the parties, in open congregation, at once to make a record of every marriage between white persons, or between colored persons, solemnized by or before him, stating in such record whether the persons be white or colored, and, within two months after such marriage, to return a copy thereof, signed by him, to the clerk of the county or corporation in which the same is solemnized. The clerk issuing any marriage license shall at the same time require and ascertain, from the party obtaining such license, a certificate setting forth, as near as may be, the date and place of the proposed marriage; the full names of both the parties; their ages and condition before marriage (whether single or widowed); the places of their birth and residence; the names of their parents, and the occupation of the husband.”

2. That where colored persons, before the passage of this act, shall have undertaken and agreed to occupy the relation to each other of husband and wife, and shall be cohabiting together as such at the time of its passage, whether the rites of marriage shall have been celebrated between them or not, they shall be deemed husband and wife, and be entitled to the rights and privileges, and subject to the duties and obligations of that relation in like manner as if they had been duly married by law; and all their children shall be deemed legitimate, whether born before or after 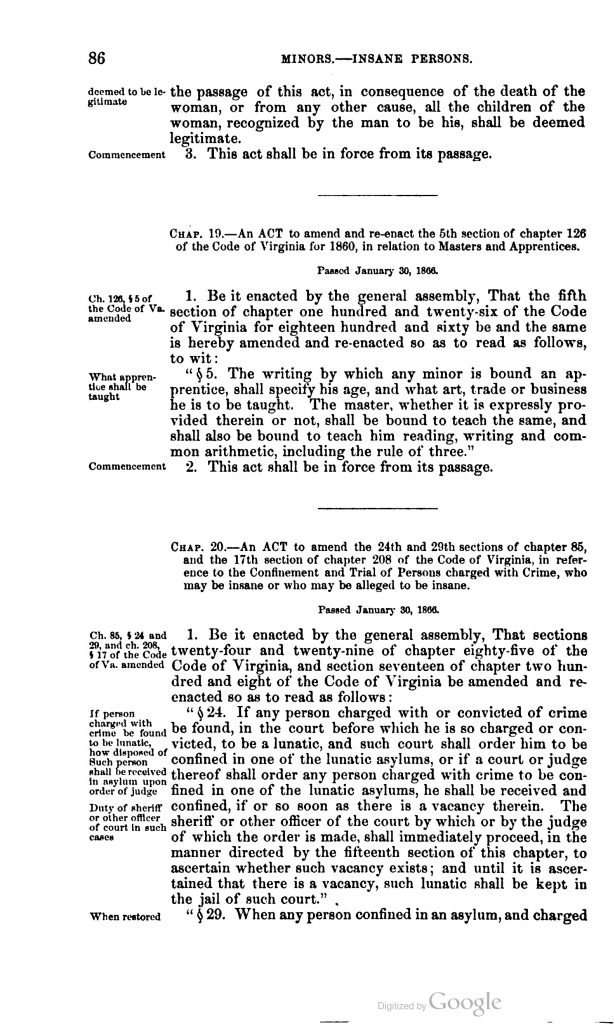 3. This act shall be in force from its passage.