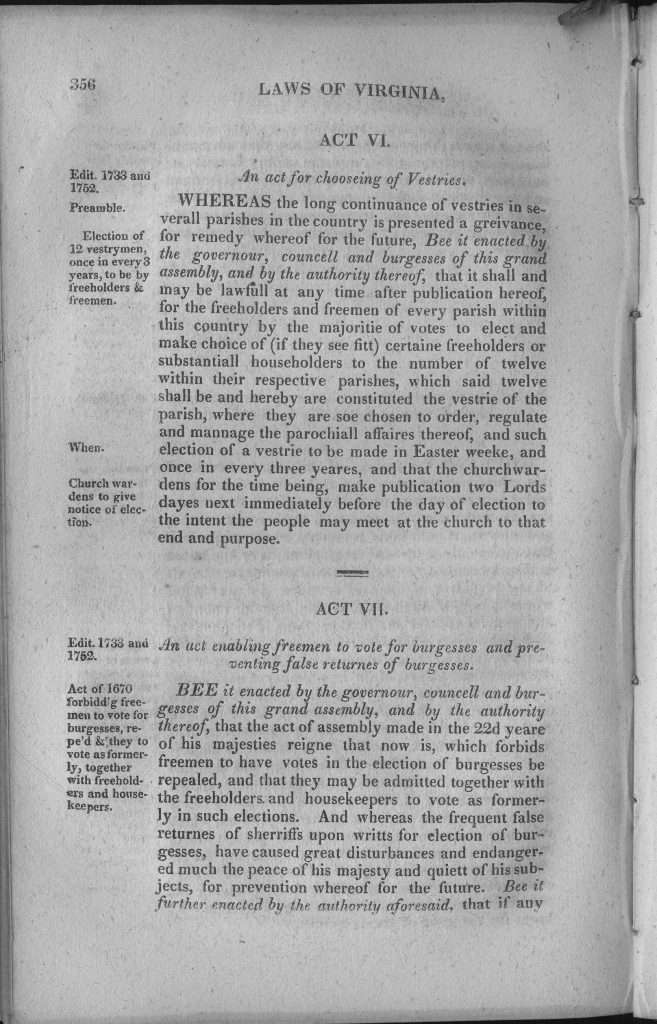 BEE it enacted by the governour, councell and burgesses of this grand assembly, and by the authority thereof, that the act of assembly made in the 22d yeare of his majesties reigne that now is, which forbids freemen to have votes in the election of burgesses be repealed, and that they may be admitted together with the freeholders and housekeepers to vote as formerly in such elections. And whereas the frequent false returnes of sherriffs upon writts for election of burgesses, have caused great disturbances and endangered much the peace of his majesty and quiett of his subjects, for prevention whereof for the future. Bee it further enacted by the authority aforesaid, that if any 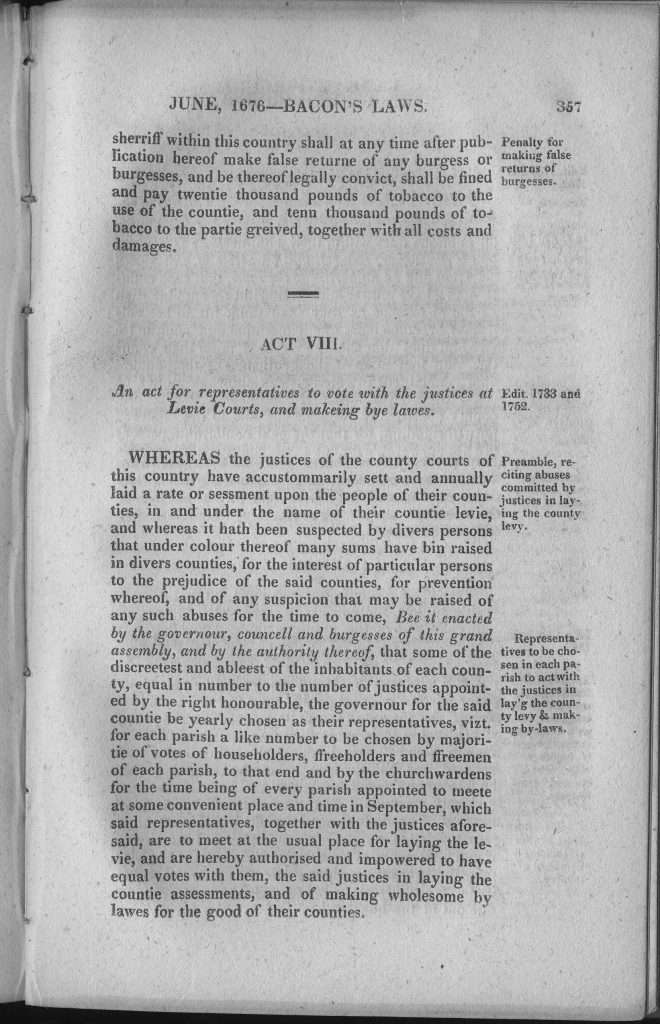