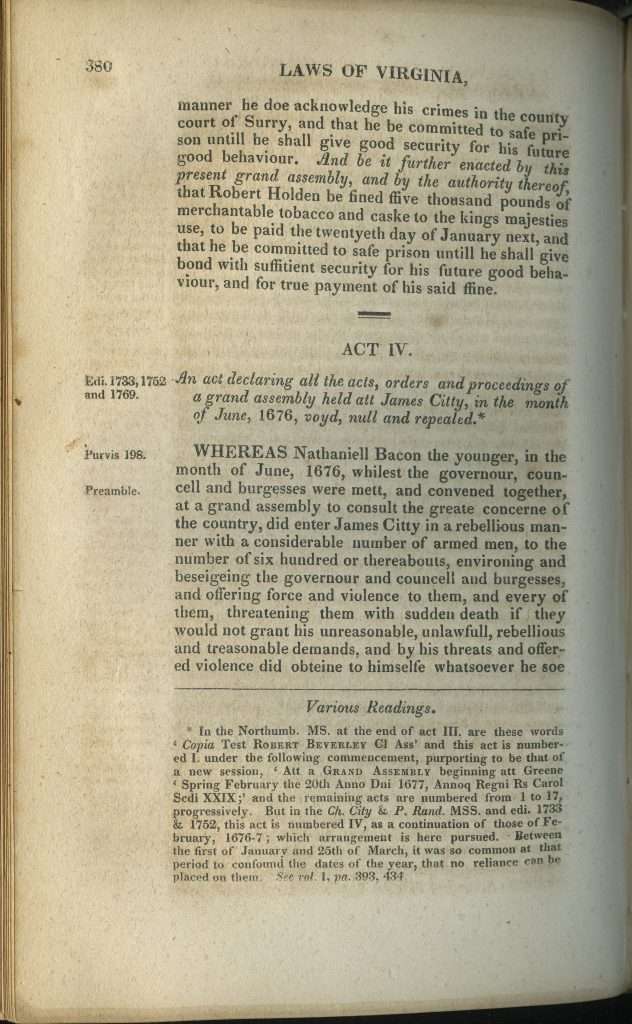 WHEREAS Nathaniell Bacon the younger, in the month of June, 1676, whilest the governour, councell and burgesses were mett, and convened together, at a grand assembly to consult the greate concerne of the country, did enter James Citty in a rebellious manner with a considerable number of armed men, to the number of six hundred or thereabouts, environing and beseigeing the governour and councell and burgesses, and offering force and violence to them, and every of them, threatening them with sudden death if they would not grant his unreasonable, unlawfull, rebellious and treasonable demands, and by his threats and offered violence did obteine to himselfe whatsoever he soe 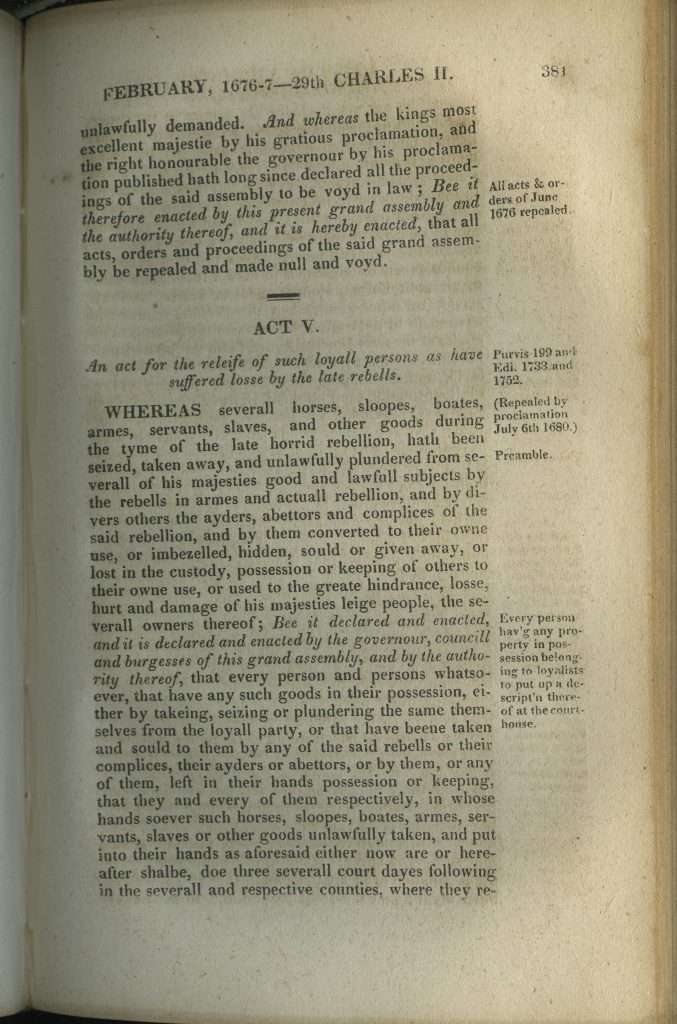 unlawfully demanded. And whereas the kings most excellent majestie by his gratious proclamation, and the right honourable the governour by his proclamation published hath long since declared all the proceedings of the said assembly to be voyd in law; Bee it therefore enacted by this present grand assembly and the authority thereof, and it is hereby enacted, that all acts, orders and proceedings of the said grand assembly be repealed and made null and voyd.

RELATED CONTENT
Categories:
Type:
MAP
TIMELINE
February 1677
The General Assembly passes a law, titled "An act declaring all the acts, orders and proceedings of a grand assembly held att James Citty, in the month of June, 1676, voyd, null and repealed," undoing the work of the session that met during Bacon's Rebellion.
FURTHER READING