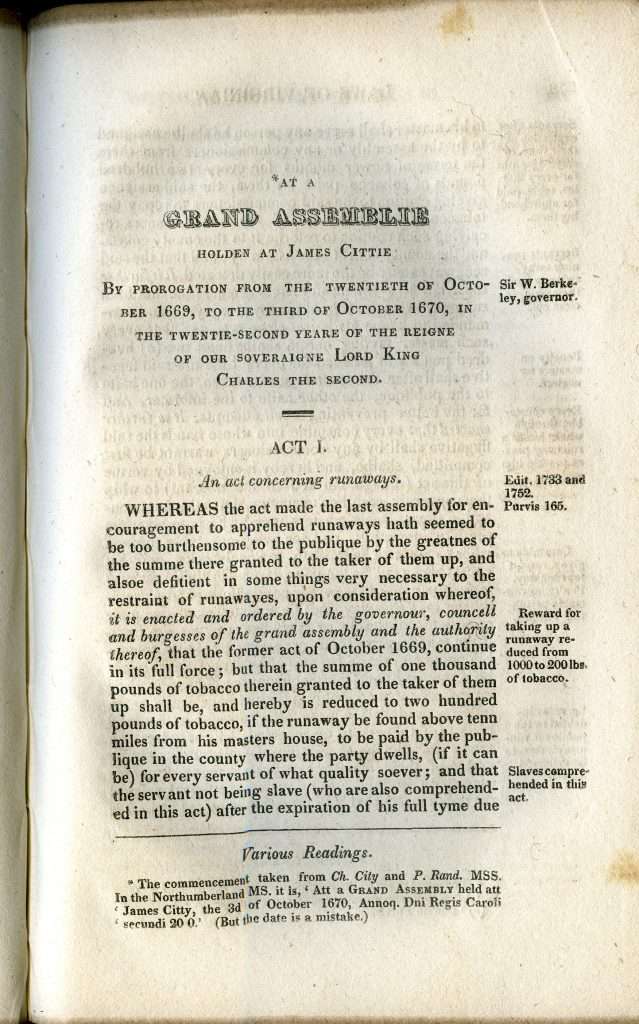 WHEREAS the act made the last assembly for encouragement to apprehend runaways hath seemed to be too burthensome to the publique by the greatnes of the summe there granted to the taker of them up, and alsoe defitient in some things very necessary to the restraint of runawayes, upon consideration whereof, it is enacted and ordered by the governour, councell and burgesses of the grand assembly and the authority thereof, the former act of October 1669, continue in its full force; but that the summe of one thousand pounds of tobacco therein granted to the taker of them up shall be, and hereby is reduced to two hundred pounds of tobacco, if the runaway be found above tenn miles from his masters house, to be paid by the publique in the county where the party dwells, (if it can be) for every servant of what quality soever; and that the servant not being slave (who are also comprehended in this act) after the expiration of his full tyme due 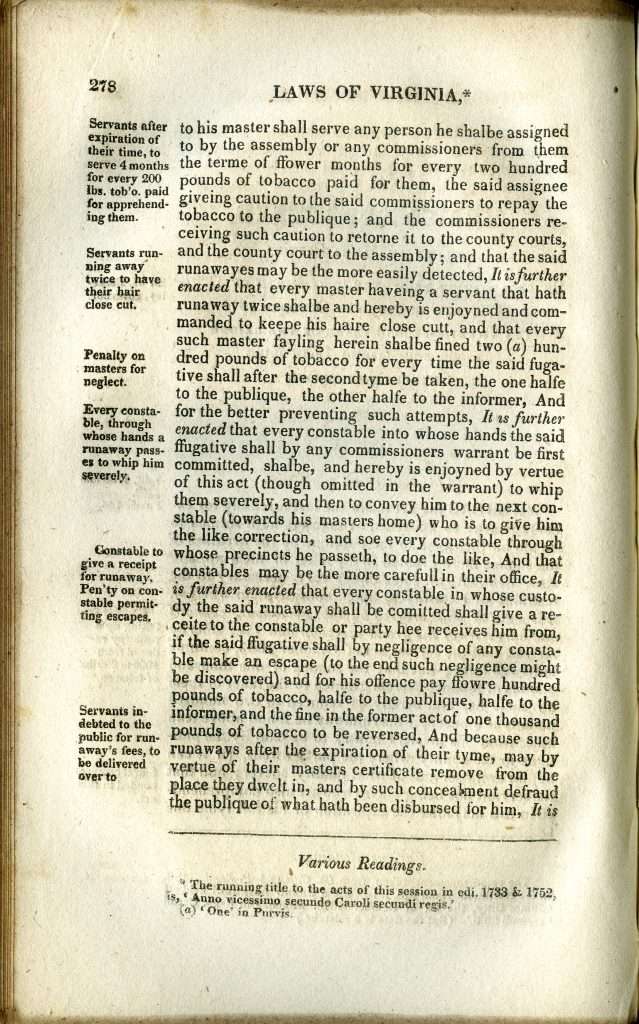 to his master shall serve any person he shalbe assigned to by the assembly or any commissioners from them the terme of ffower months for every two hundred pounds of tobacco paid for them, the said assignee giveing caution to the said commissioners to repay the tobacco to the publique; and the commissioners receiving such caution to retorne it to the county courts, and the county court to the assembly; and that the said runawayes may be the more easily detected, It is further enacted that every master having a servant that hath runaway twice shalbe and herby is enjoyned and commanded to keepe his haire close cut, and that every such master fayling herein shalbe fined two hundred pounds of tobacco for every time the said fugitive shall after the second tyme be taken, the one halfe to the publique, the other halfe to the informer, And for the better preventing such attempts, It is further enacted that every constable into whose hands the said ffugative shall by any commissioners warrant be first committed, shalbe, and herby is enjoyned by vertue of this act (though omitted in the warrant) to whip them severely, and then to convey him to the next constable (towards his masters home) who is to give him the like correction, and soe every constable through whose precincts he passeth, to doe the like, And that constables may be the more carefull in their office, It is further enacted that every constable in whose custody the said runaway shall be comitted shall give a receite to the constable or party hee receives him from, if the said ffugative shall by negligence of any constable make an escape (to the end such negligence might be discovered) and for his offence pay ffowre hundred pounds of tobacco, halfe to the publique, halfe to the informer, and the fine in the former act of one thousand pounds of tobacco to be reversed, And because such runawayes after the expiration of their tyme, may by vertue of their masters certificate remove from the place they dwelt in, and by such concealment defraud the publique of what hath been disbursed for him, It is 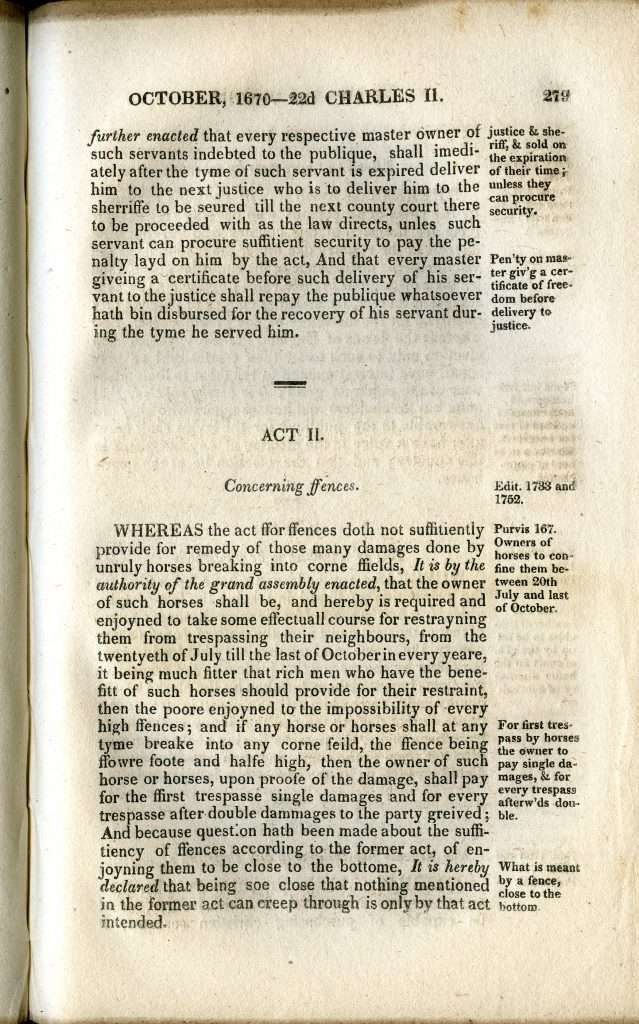 further enacted that every respective master owner of such servants indebted to the publique, shall imediately after the tyme of such servant is expired deliver him to the next justice who is to deliver him to the sheriffe to be secured till the next county court there to be proceeded with as the law directs, unles such servant can procure suffitient security to pay the penalty layd on him by the act, And that every master giving a ertificate before such delivery of his servant to the justice shall repay the publique whatsoever hath bin disbursed for the recovery of his servant during the tyme he served him.