James Markham Marshall Ambler was born on December 30, 1848, at the Dell in Fauquier County, the second of four sons and second of five children of Richard Cary Ambler, a physician, and Susan Marshall Ambler. At age sixteen Ambler joined the 12th Virginia Cavalry Regiment and served during the closing months of the Civil War. He attended Washington College in Lexington from 1865 to 1867 and the University of Maryland School of Medicine in Baltimore, from which he graduated in 1870.

Ambler practiced medicine for four years before joining the U.S. Navy in 1874 as an assistant surgeon. His duty assignments included service aboard the screw tug USS Mayflower, the gunboat USS Kansas, and the steam frigate USS Minnesota. While Ambler was serving at the Norfolk Naval Hospital with the rank of passed assistant surgeon (one qualified by examination) in 1878, his superiors suggested that he volunteer to serve as medical officer of an Arctic expedition then in preparation. Although he was not eager to go, he felt duty-bound to sign on after few responded to the call for volunteers. The expedition was undertaken with some support from newspaper publisher James Gordon Bennett, who provided a 142-foot ship, the Jeannette, which became a naval vessel by special legislation. The expedition’s commander, George Washington De Long, planned to take advantage of what was believed to be a warmwater Japanese current and approach the North Pole via the Bering Strait. 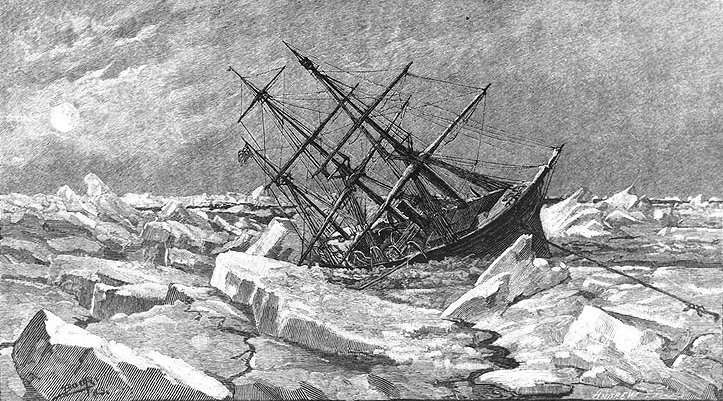 The Sinking of the Jeannette

On July 8, 1879, the USS Jeannette steamed out of San Francisco with a crew of thirty-three. The ship was slow and was delayed several times. It entered the Arctic Ocean late in the season and became icebound on September 6, far south of where De Long had hoped to encounter the polar ice cap. Imprisoned in the ice pack, the Jeannette drifted in the polar currents for the next twenty-one months. Ambler’s skillful practice of preventive medicine preserved the crew’s health. A daily ration of lime juice prevented scurvy, and Ambler rigged a distillery to produce potable water from the salty sea ice. He also established rigorous standards of sanitation and hygiene. Except for an outbreak of lead poisoning caused by badly soldered food cans, everyone stayed remarkably healthy by the standards of nineteenth-century polar exploration. The only exception was the ship’s navigator, who suffered an acute eye affliction, syphilitic iritis, which required constant attention. Ambler operated on him fifteen times under primitive conditions, yet the patient survived the painful surgeries and the ensuing hardships.

On June 11, 1881, ice crushed the Jeannette‘s wooden hull. The men left the sinking ship and began a long trek over the ice, dragging small boats and tons of supplies. Ambler tended the sick and part of the time commanded the crew opening the way through crevasses in search of stretches of open water. After an ordeal of nearly three months, the sailors reached the edge of the pack ice. By then bad weather, soaked bedding, short rations, and physical exertion had taken their toll. Three boatloads of weakened men set out for Siberia’s northern shore, where their inaccurate charts showed nonexistent settlements along the Lena River. On September 12 a fierce gale sank one of the boats, drowning its crew, and separated the other two. Siberians rescued one contingent, but De Long, Ambler, and twelve other men became hopelessly lost in the Lena Delta’s maze of channels and inlets. 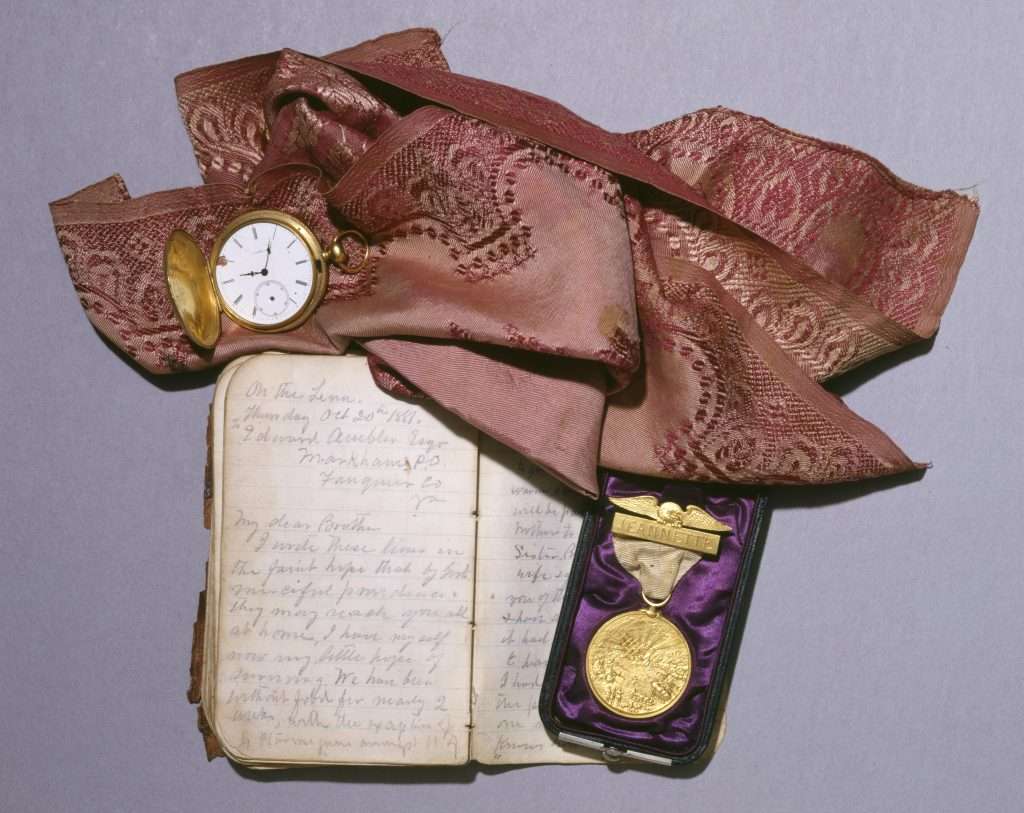 On October 9, 1881, with food supplies exhausted, De Long offered Ambler a chance to join the two strongest crewmen as they departed to seek help. The pair eventually reached safety, but Ambler chose instead to remain with the sick. The starving men gnawed strips of leather from their boots, and one by one they died. Ambler closed his journal with a farewell letter to his family on October 20. The last entry in De Long’s journal was dated October 30, 1881. It recorded the deaths of several men. Ambler was still alive then and was probably the last of the party to die.

Late in March 1882 Chief Engineer George Wallace Melville, leader of the expedition’s survivors, found the frozen bodies of De Long’s team members. In 1883 another U.S. Navy party went to Siberia to retrieve the remains, returning them to New York in February 1884. Ambler’s body was buried in the Leeds Episcopal Church cemetery near Markham in Fauquier County.