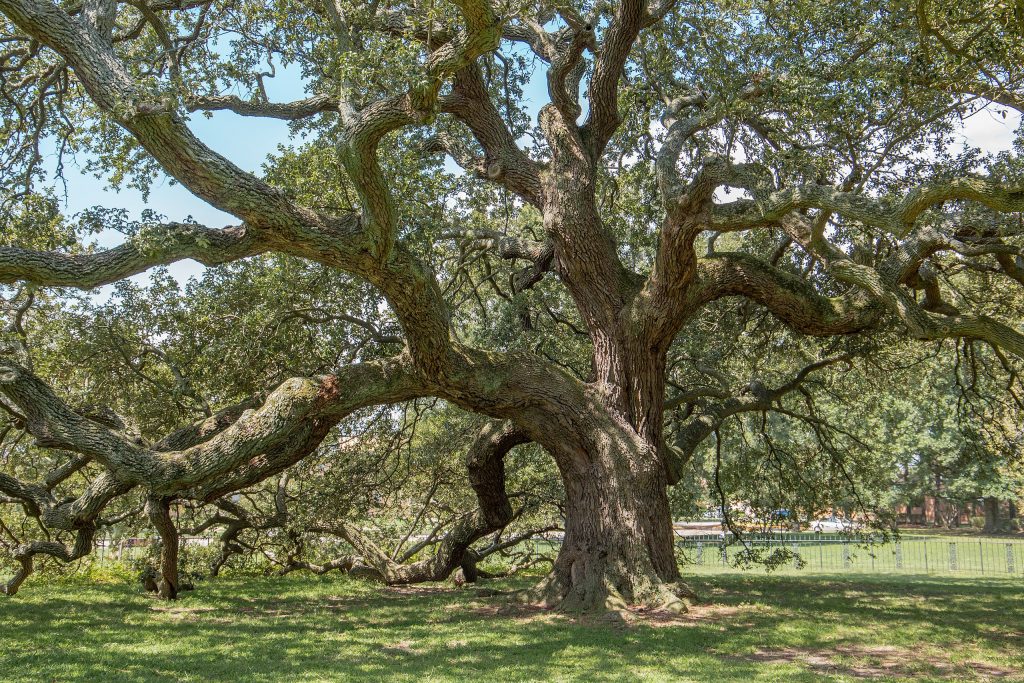 Lee was of mixed-race ancestry and was reportedly born into slavery during the 1830s or early in the 1840s in Portsmouth and was the son of Lydia Ann Butler and Richard R. (surname uncertain but possibly Lee). It is unclear when and where he learned to read and write and when and where he became free. That Lee was in Hampton shortly after the end of the Civil War suggests that he, like thousands of other people, may have fled slavery during the war. He had a son born about 1860 whose mother was later identified as Bets or Betsy Watts. Lee and his wife Nellie (maiden name unknown) had a son born in Hampton in 1871. Lee was initially an oysterman who may have worked in the warm months as a laborer for the army at Fort Monroe, but by 1871 he had a job at the customs house in Old Point Comfort, where during the remainder of the decade he is listed in official records as a boatman.

Lee’s life is poorly documented. For instance, he executed a deed of trust in January 1869, but the county’s land tax returns do not indicate for certain that he ever owned any real estate. The deed could have been part of a loan agreement secured by an oyster boat or other personal property. Lee’s engagement in local politics was also poorly reported in extant newspapers. He registered to vote in the summer of 1867, when the army oversaw voter registration and the subsequent election of delegates to write a new state constitution as required by Congress. In the autumn of 1873 he ran for the seat in the House of Delegates to represent the counties of Elizabeth City and Warwick. Lee received 262 votes out of more than 1,700 cast and lost to Rufus S. Jones, an African American Republican. A vote tally printed in a Richmond newspaper identified Lee as an independent candidate. Two years later he was a delegate to a convention that met in August in Richmond to advance the economic and social interests of African Americans in Virginia and was named to its committee on organization and labor.

In 1877 Lee won election to a two-year term in the House of Delegates representing the two counties. He received 508 votes and defeated a white Conservative and Robert M. Smith, the incumbent African American Republican who ran a distant third. Lee held the lowest-ranking seats on the Committee on the Chesapeake and Its Tributaries and on the less-prestigious Committee on Retrenchment and Economy. He introduced a bill concerning fees that justices of the peace received, but its provisions are not now known, and it did not pass. He also unsuccessfully tried to pass a resolution to instruct the judge of Elizabeth City County to select jurors “without regard to race or color.” During debate over changes to the punishment for interracial marriage, Lee voted with the minority to strike the provision that increased the penalty from a fine or a year’s imprisonment in the local jail to prison terms of two to five years in the state penitentiary.

The most important matter of public policy that the General Assembly dealt with during Lee’s term of office was the financing of the public debt to reduce the cost of debt service and to increase appropriations for the public schools. In 1878 Lee voted for what at the time was called the Barbour Bill to require that taxes to support schools and some other state services be paid with money and not with interest-bearing coupons from the bonds the state had issued in 1871 to refinance the debt. Lee voted to override the governor’s veto, but the motion did not receive the required two-thirds vote to pass. During the second session of the General Assembly in 1879, the legislators passed and the governor signed a new funding act to replace the 1871 law. Lee and other legislators who believed that its terms were too favorable to the state’s creditors and unfavorable to the state’s taxpayers voted against it.

In 1879 Lee either did not seek or did not obtain the Republican nomination for a second term in the reconfigured district that then also included James City and York Counties and the city of Williamsburg, but he nevertheless received one vote in his home county. He remained active in local politics into the 1880s. He supported the biracial Readjuster Party that promised to refinance the public debt to free up money for the public schools, although he did not attend the convention of African American Republicans in March 1881 that voted to affiliate with the Readjusters. 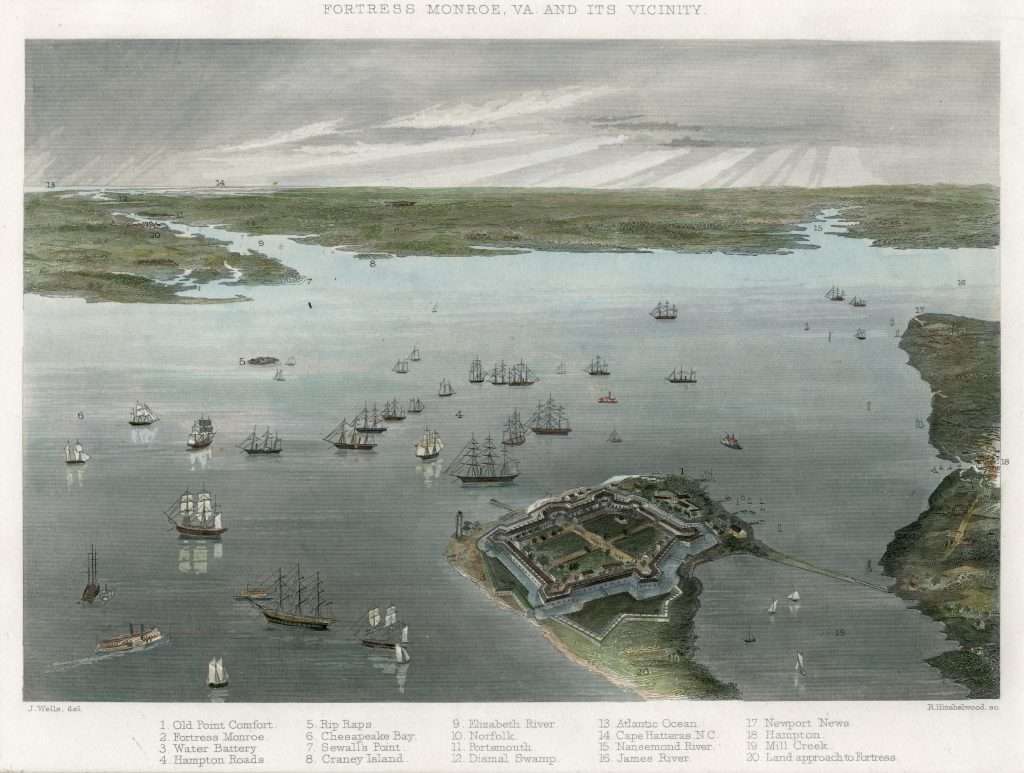 Following Lee’s service in the House of Delegates in 1879, he obtained a federal patronage appointment as a keeper of the lighthouse at Thimble Shoal, but during the Democratic administration from 1885 to 1889 he apparently lost that job. He ran for the House of Delegates again in 1887 as an independent Republican but finished a distant third behind a white Democrat and John H. Robinson, the African American Republican who was elected. Lee worked as a laborer for the army’s corps of engineers at Fort Monroe at the end of the decade and probably continued in that employment until his death. Lee and his wife may have purchased a house and lot in Hampton during the 1880s and sold it to his namesake son about 1890, but Lee’s name never appeared on the land tax returns. His wife died on an unrecorded date in the 1890s. Lee died sometime after June 1, 1900, when the census enumerator recorded him at his son’s house in Hampton where he, his mother, and his son then resided, and before October 10, 1901, when his estate was recorded in the county’s personal property tax list. The place of his burial is not known.

Alexander G. Lee is born in Portsmouth of mixed-race ancestry and reportedly into slavery.

Alexander G. Lee works as an oysterman and laborer and as a boatman at the customs house in Old Point Comfort.

Alexander G. Lee runs as an independent for the House of Delegates representing Elizabeth City and Warwick counties; he is defeated by African American Republican Rufus S. Jones.

Alexander G. Lee is a delegate to a state convention of African Americans and is elected a secretary.

Alexander G. Lee is nominated by the Republican Party to run again for the House of Delegates. He wins a two-year term representing Elizabeth City and Warwick counties.

Alexander G. Lee votes for what at the time is called the Barbour Bill to require that taxes to support schools and some other state services be paid with money and not with interest-bearing coupons from the bonds the state had issued in 1871 to refinance the debt.

Alexander G. Lee obtains federal patronage appointment as a keeper of the lighthouse at Thimble Shoal; he is later removed by a Democratic administration.

March 28, 1879
The General Assembly passes the McCulloch Act, refinancing the state debt. Opponents dub it the Broker's Bill because they believe bond brokers and the owners of state-issued bonds are the chief beneficiaries.
Late 1880s – ca. 1900

Alexander G. Lee works for the army's corps of engineers at Fort Monroe.

Alexander G. Lee runs for the House of Delegates as an independent Republican and is defeated by African American Republican, John H. Robinson.

Alexander G. Lee dies by this date, when his estate was recorded in the county's personal property tax list.