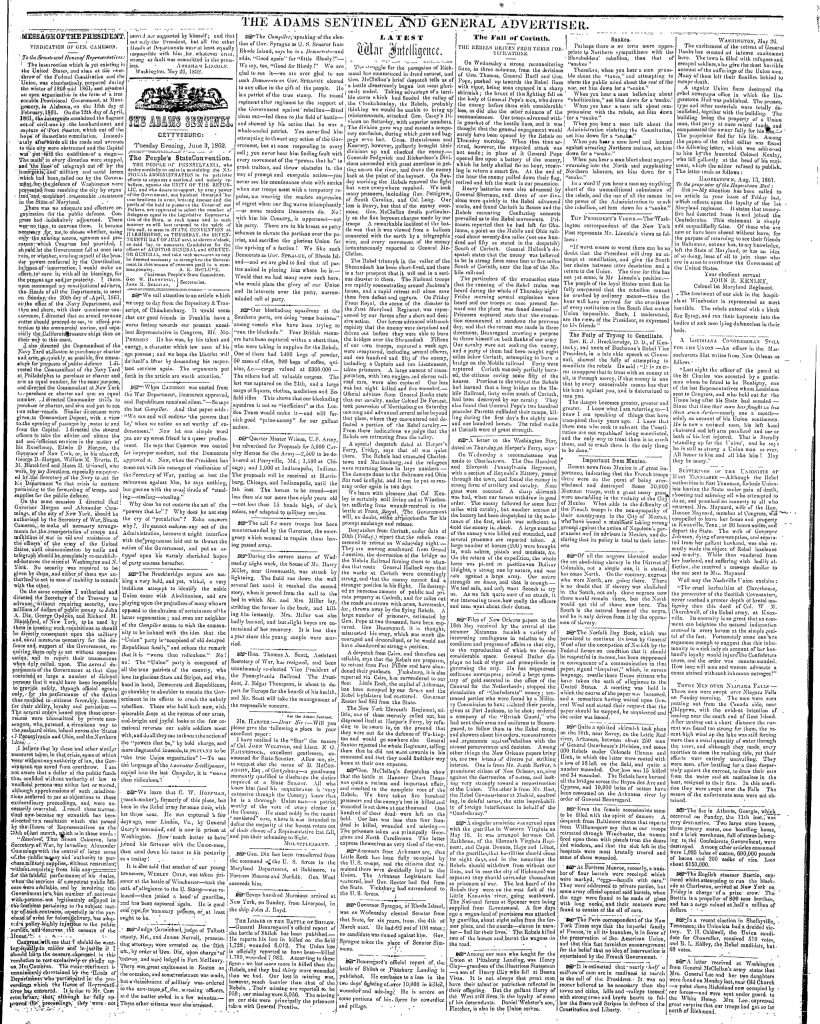 We learn that C. W. HOFFMAN, (coach-maker), formerly of this place, has been in the Rebel army for some time, with his three sons. He was captured a few days ago, near Linden, Va., by General Geary’s command, and is now in prison at Washington. How much better to have joined his fortunes with the Union-men, than send down his name to his posterity as a traitor!

It is also said that another of our young townsmen, WESLEY CULP, was taken prisoner at the battle of Winchester—took the oath of allegiance to the U. States—was released—then joined a band of guerillas, and has been captured again. He is good and ripe for summary process, or at least ought to be.